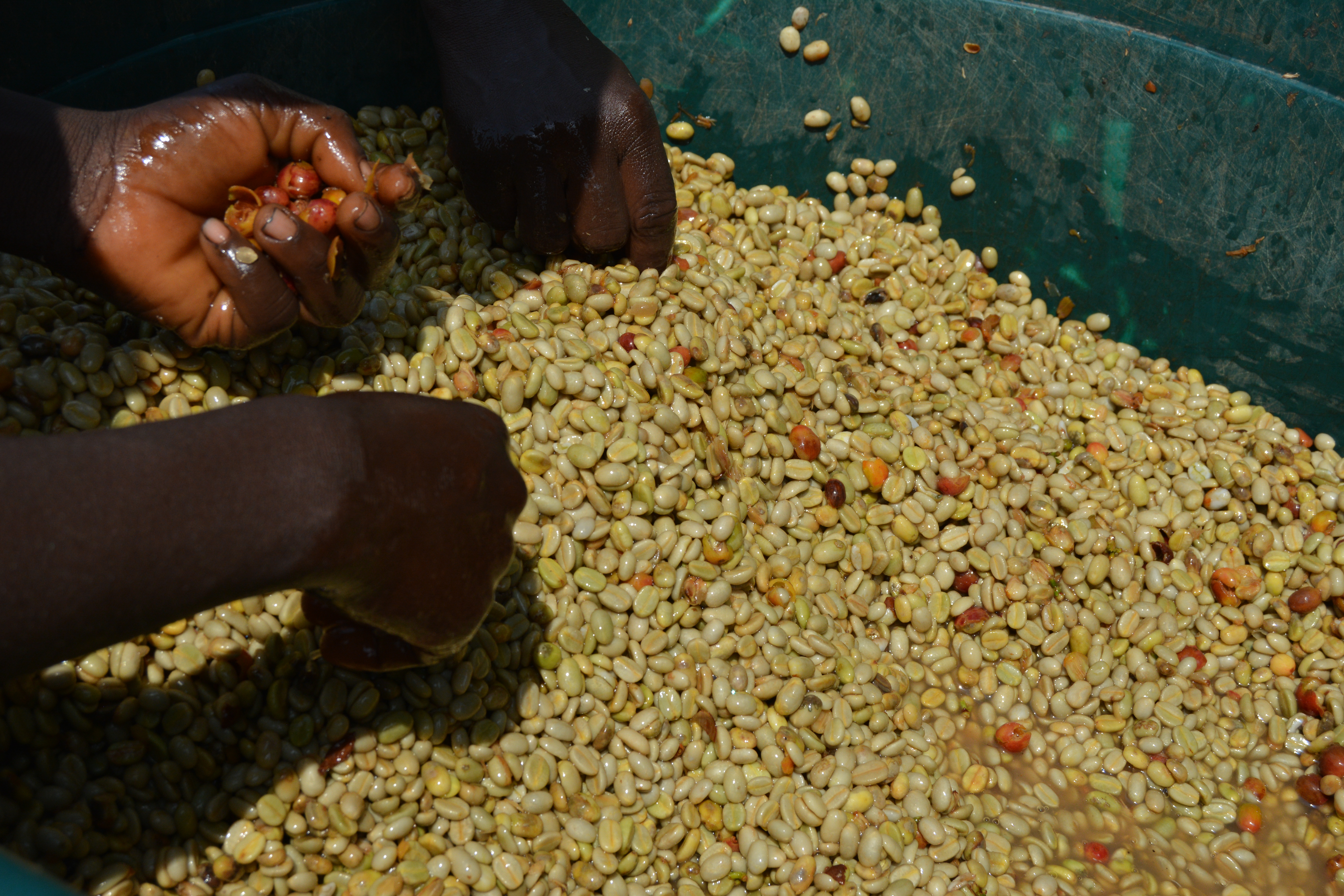 IDJWI ISLAND, DEMOCRATIC REPUBLIC OF CONGO — An island of hills rises from the heart of Lake Kivu, a misty oasis where some of the world’s best Arabica coffee grows.

This reliable, high-altitude climate on the edge of DRC and Rwanda has made conditions favorable for generations of families to hand down coffee plantations from father to son. Until now.

Erneste Kakesa, a 42-year-old father of seven, follows in the footsteps of his ancestors. He learned how to pick the bright red coffee cherries from his father; harvest season was his favorite time of year. But cascading problems, including warming temperatures, lack of government investment and safety concerns, have hampered the industry and threatened its future. Once the second most important export in the country, the coffee market has sunk to near nonexistence.

In 2018, Congolese coffee farmers produced about 10% of the amount they did nearly three decades ago, according to the International Coffee Organization, an intergovernmental group dedicated to advancing the industry.

While one of Kakesa’s trees used to produce 10 kilograms (22 pounds) of cherries, he says he now harvests just 7 kilograms (15 pounds). Most are poor quality. 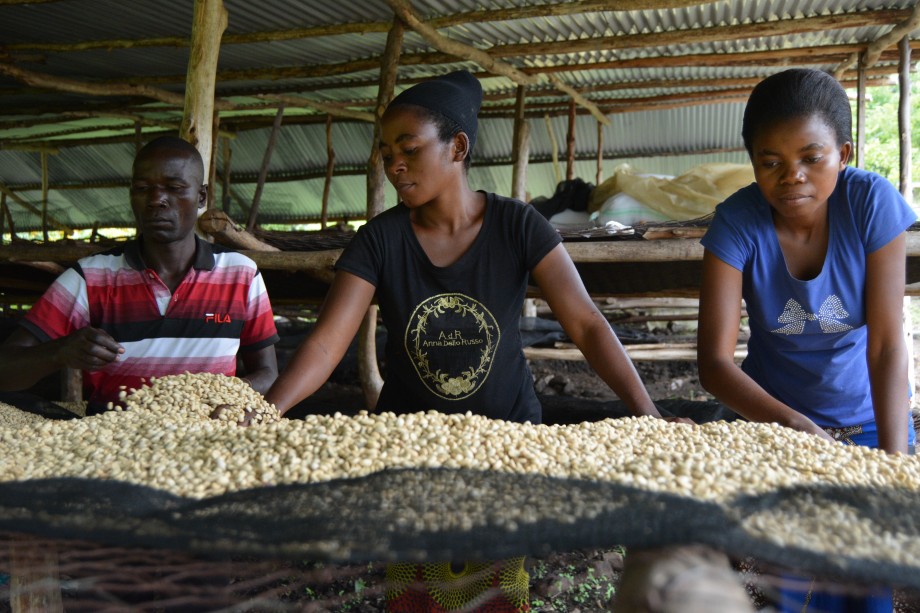 Civil war in the 1990s and intermittent violence since then have weighed heavily on the industry. The coronavirus recently compounded the challenges. Farmers struggle to sell their coffee amid a pandemic that has shuttered businesses worldwide and led to government restrictions on movement. Earlier this year, farmers couldn’t leave Idjwi Island because boats were banned from transporting people.

Josiane Muliri, 55, has grown coffee for three decades. She describes how drought and insects have destroyed her coffee farm as she sits in the courtyard of her house, a colorful scarf wrapped around her head and her gaze turned toward the fields. Muliri now produces half her previous yields. 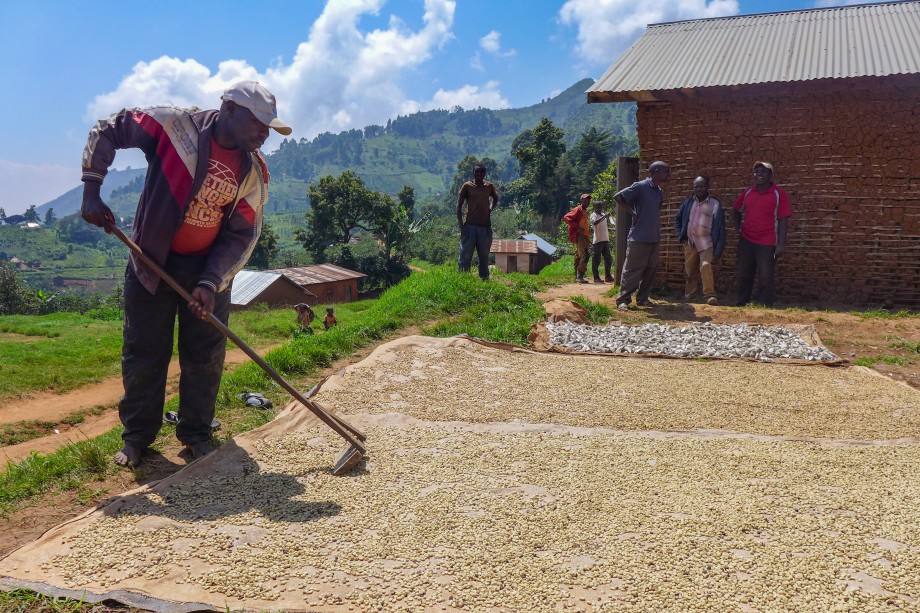 A recent climate change profile by the Dutch government suggests the situation will worsen: There will be fewer cold nights, more hot days and shorter wet seasons.

Coffee farmers have long relied on knowledge passed down from their ancestors to determine dry and wet seasons, says Clement Bikuba, president of the farmer’s association in Rutshuru, a town north of Lake Kivu. A dozen men cluster around him, discussing the future of the industry.

Bikuba learned the secrets of coffee production from his father. Now, he says, the unpredictability of the weather makes it difficult to prevent losses.

“Times have changed,” he says.

Farmers question the government’s willingness to help. Officials allocated less than 2% of the 2020 budget to agriculture and livestock, according to government documents.

“Agriculture is not a priority,” says Eric Tollens, a professor of agricultural economics at the Catholic University of Leuven in Belgium who researches Congolese coffee markets. “There’s no money to support farmers on the ground. Agriculture research is very weak. It’s like a bottomless hole.”

Officials contend they’re doing what they can with limited funds. 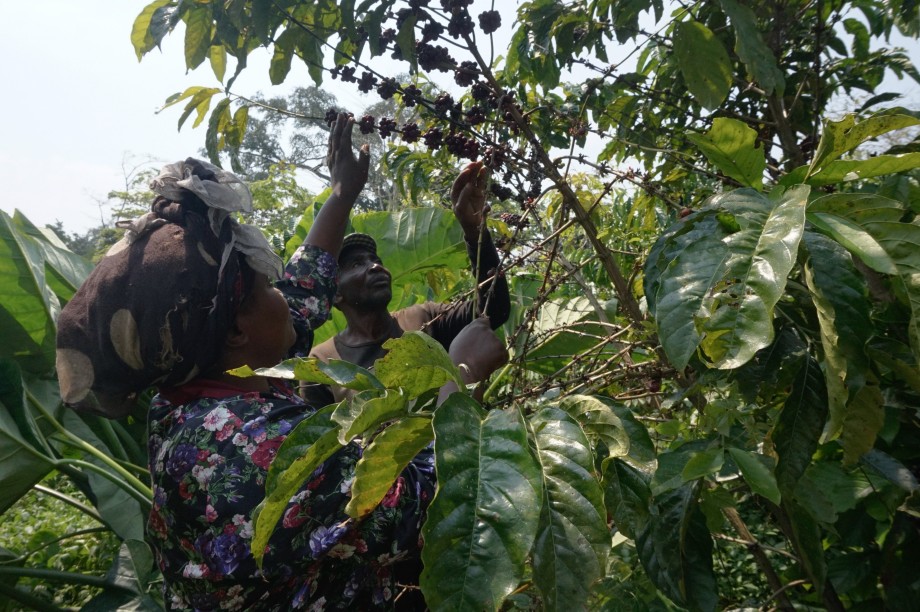 Lambert Katembo and his wife, Adeline Kahindo, examine coffee beans on their farm in eastern DRC. Less than 2% of the budget goes to agriculture and livestock.

“Our country has a long way to go to ensure that each sector receives a sufficient budget,” says Jean Baptiste Musabyimana, communication officer with the Programme d’appui au Secteur Agricole dans la Province du Nord Kivu, a Congolese government project. “We are doing our best at the provincial level to help farmers.”

The government has set up research centers, established nurseries to regenerate coffee trees and created a policy that puts farmers in touch with fair-price buyers and combats coffee smuggling, says Nicodème Mulumba Kasongo, chief technical officer of the government’s agricultural production office. “Soon we will have good quality seeds that will be distributed among coffee farmers.”

But intermittent violence from armed groups in eastern DRC, a legacy of the civil war, poses yet more obstacles to the industry’s resurgence.

Lambert Katembo, a longtime coffee farmer who lives near the Ugandan border, travels 35 kilometers (22 miles) to his field. He says many coffee farmers live in safer areas, away from plantations, which fall prey to thieves. Some have abandoned their farms because shipping costs and the commute proved insurmountable.

Coffee farmers used to earn a healthy income, he says. They had no difficulty living well and sending their children to school. Now, they can’t make a profit.

Those dedicated to DRC’s coffee legacy are pushing officials to make the coffee market a national priority again, one that can stave off the effects of climate change and ensure safe work environments. True government support is critical for the industry to return to its former glory, says Tollens, the professor.

“Otherwise, the coffee sector in DRC is fundamentally doomed.”