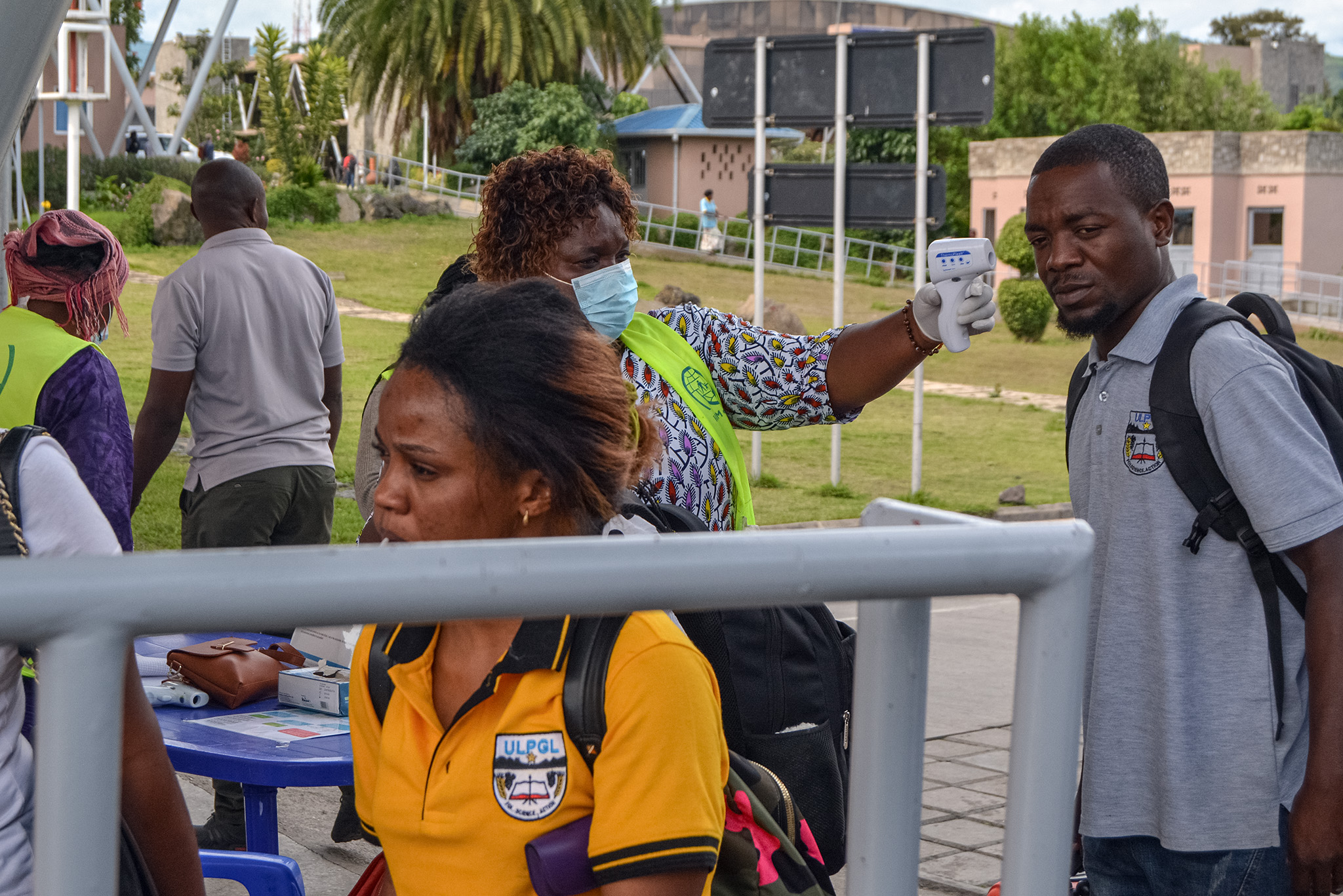 GOMA, DEMOCRATIC REPUBLIC OF CONGO — Frida Sabata kept her small restaurant running through a deadly Ebola outbreak in this provincial capital on the country’s eastern edge. Then the new coronavirus struck.

Within days, she was forced to close her only means of income for herself and her seven children. Authorities responded to the pandemic by shuttering businesses, an action that has rippled through a community still recovering from another destructive virus.

DRC officials insist they’ve learned lessons from Ebola that will help thwart the new coronavirus. But they face the onset of a global crisis with reduced resources and donors distracted by outbreaks in their own countries. The government’s containment response — stronger than during the Ebola crisis — also has provoked backlash among those whose livelihoods depend on a daily wage.

“Although we survived Ebola, our primary concern is now the risk of dying from starvation,” Sabata says.

COVID-19, the disease caused by the new coronavirus, hit DRC just as the government prepared to announce the eradication of Ebola. The World Health Organization confirmed an Ebola case in the country on April 10, delaying that milestone and further compounding the situation. 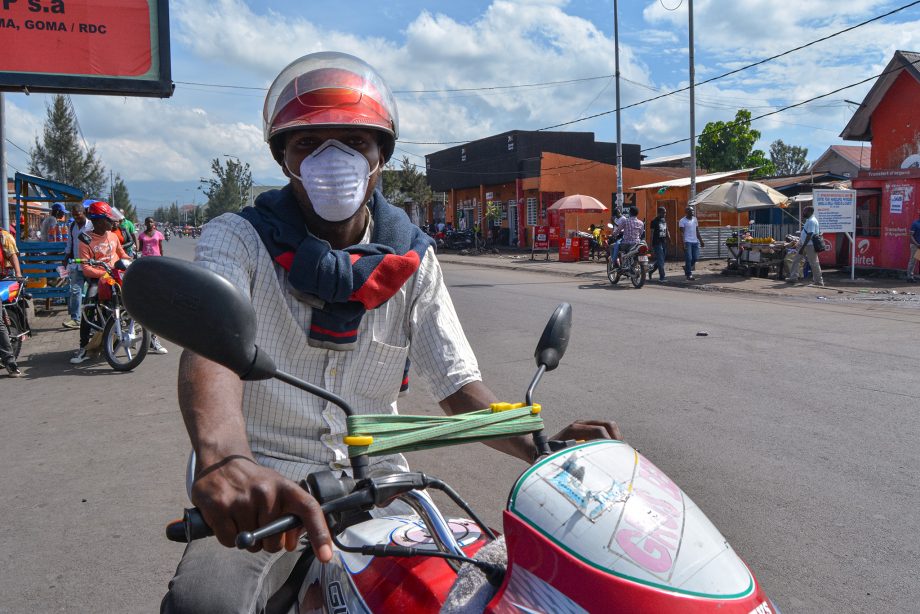 Adam Kaliri, a motorcycle taxi driver, has lost business due to government-mandated closures aimed at preventing the spread of the new coronavirus.

Officials have closed schools and nonessential services to prevent the spread of COVID-19, and limited public gatherings. DRC has reported 223 confirmed infections and 20 deaths, according to the Johns Hopkins University & Medicine Coronavirus Resource Center.

This country of about 86 million learned the harsh lessons of epidemics in 2018 when it faced one of the world’s worst Ebola outbreaks. Nearly 3,500 people were diagnosed, and more than 2,000 people died. The virus largely affected this region of DRC, which is far from the bigger, more affluent capital city of Kinshasa.

“Experience has shown that the most useful weapon is the mobilization of the population,” says Carly Nzanzu Kasivita, governor of North Kivu — the province where Goma is located — at a recent press conference. “We managed to stop the Ebola virus with community involvement. I believe it is possible to stop the coronavirus the same way.”

Officials say they are taking necessary precautions, including many put in place during the previous crisis. The government has advocated basic hygiene and temperature tests for years.

Authorities already have a laboratory system to test for the coronavirus, says Eugene Kabambi, emergency communications officer in the World Health Organization’s Africa branch, and they plan to set one up soon in Goma.

But the country faces a different set of challenges now. International donors, stretched by the global COVID-19 crisis, have less to give. The World Bank has pledged $47 million to DRC to assist with coronavirus containment strategies, equipment and training. That doesn’t come near the $300 million it gave the country to tackle Ebola.

Experience has shown that the most useful weapon is the mobilization of the population.Carly Nzanzu Kasivita, governor of North Kivu

“We will have to rely on our own resources to tackle the disease,” Jean Jacques Muyembe, a Congolese microbiologist who has studied Ebola for decades, told reporters in March.

Fighting the Ebola virus already has sapped resources. Hospitals lack essential equipment such as medicine, gloves and beds, says Muyembe. “The capacity of our hospitals and intensive care units is inadequate. And I am even more concerned about the shortage of equipment for our medical staff.”

Equally daunting, officials must convince a population that lived through Ebola to care about a disease resembling the flu. Some in this border town aren’t worried because they consider the virus a foreigner’s disease, since it started in China and has so far spread more widely across Europe than Africa.

People with Ebola are not infectious until they develop symptoms, which may start with fever and lead to external bleeding. This means health officials can quickly identify those with the disease and isolate them. COVID-19 is different. Someone may carry the virus for weeks before noticing symptoms, if they exhibit them at all.

Josephine Zainabu, 48, searches for ginger at the market to protect her family from the virus she believes kills only White and Chinese people.

“What I’m going to do is take these gingers, mix them with lemon and honey and put them in hot water as we usually do for the treatment of the flu,” she says. “And that’s it, no more corona.”

While some Goma residents worry people aren’t taking the pandemic seriously, many don’t believe they have the luxury of waiting it out.

“I ask myself whether the government has considered that our daily lives are based on surviving,” he says. “We work in order to be able to eat.”