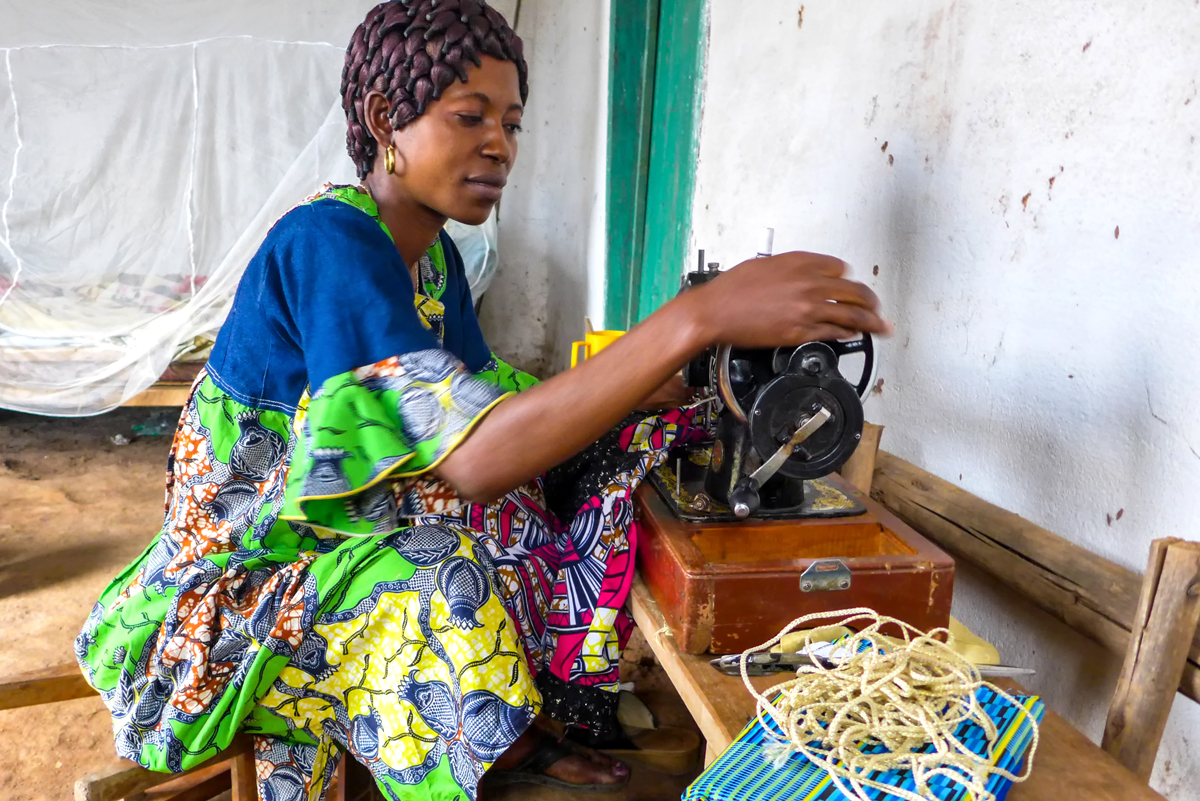 KIRUMBA, DEMOCRATIC REPUBLIC OF CONGO — “I’ve come here to report a case against my husband,” says Fazila Katungu when she arrives at the local office of Dynamique des Femmes Juristes (DFJ), a human-rights organization that specializes in protecting women in DRC.

Katungu says she and her husband worked hard to harvest 10 sacks of coffee from their small plantation in Vutegha, 12 miles east of Kirumba in DRC’s Lubero territory. The sacks earned the couple more than $500.

“My husband spent all that money on alcohol and went to live and cheat with a prostitute,” Katungu says. “When he came back home two weeks later he only brought me a kitenge [fabric], three salted fish and palm oil bottle worth less than $15.”

When she asked her husband where all of the money went, he beat her until she bled.

“Unfortunately, when I reported the case to a police officer, he told me that men are the bosses,” she says. “I suspect that my husband had shared a drink with the cop.”

Insults, domestic violence, rape, assault and summary executions are part of life for women here. DFJ, which opened in 2006 but has only been operating in this region since December 2016, is comprised of female lawyers who are dedicated to raising awareness about domestic violence and offering local women legal recourse when abused. 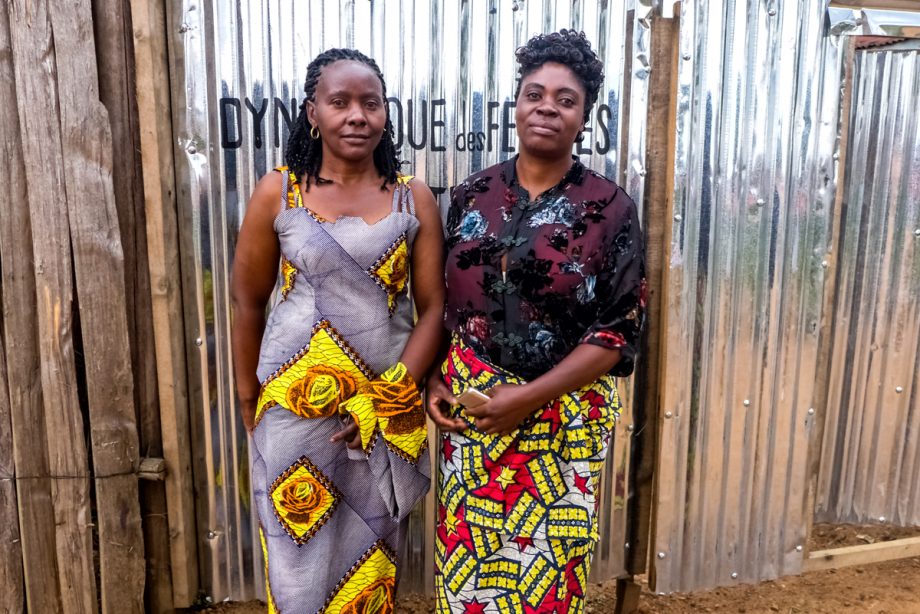 Samuela Kyakimwa, a lawyer, and Françoise Kinyoma, a paralegal with DFJ, in front of the office in eastern DRC.

Claudine Tsongo, 38, coordinator of DFJ, says she became a lawyer to ensure women’s access to justice.

“I have no regrets about my choice to become an attorney at law,” she says. “When we provide women with legal services and I see the smile it brings to the lips of women who suffer injustice, I tell myself that this is the job I really needed to do.”

Tsongo says DFJ is working to raise awareness about domestic violence in a culture that has long accepted the practice as normal.

“We are focusing our actions on raising awareness and engaging the community to question and change some social norms,” she says. “Also, we’ve made it possible for women to have access to justice so they know that having access to justice shouldn’t be a luxury the society can choose to bestow upon them, but a right they deserve.”

Tsongo works alongside seven female attorneys to advocate for the rights of vulnerable women who are unable to afford court costs.

The organization is working to bring down the number of cases of violence against women across eastern DRC, which has been plagued with violence for decades. Early estimates indicate that they have reached more than 103,000 people with campaigns about protecting women’s rights, Tsongo says.

The 2017 statistical report indicates that the organization has taught women, men and young people about the promotion and protection of women’s rights in the wider region.

But in Kirumba and surrounding villages, DFJ has to do more, says Samuela Kyakimwa Walyaghe, a DFJ employee who has been working in South Lubero since December 2016.

Walyaghe says she her field office as many as eight cases of rape and domestic violence every month.

Aldegonde Kanyere sought assistance here recently after suffering years of abuse, rape and forced abortions at the hands of her husband.

Kanyere, 40, has been married for a long time. She says the trouble began in 2000 when, after having two kids, her husband forced her to begin taking birth control and said he didn’t want any more children.

But the birth control she received at a local clinic, a Depo-Provera shot, wreaked havoc on her body.

“I had prolonged bleeding to the extent that I was referred to Kyondo hospital, about 30 kilometers (about 19 miles) away,” she says.

“Luckily, healthcare providers successfully helped me get well,” she says. “But I had to stop my birth control for the good of my body.”

But when Kanyere got pregnant a few years later, things got worse.

“Whenever I tried to talk to him about anything, he beat me, anywhere he can reach me,” she says. “He stepped on my belly numerous times during pregnancy.”

In the years since, things have only gotten worse.

“He forces me to have sex against my will,” she says. “I’ve become pregnant again and I have been repeatedly subjected to forced abortions.”

Before visiting DFJ, she says neighbors tried to quell the violence and help the couple reconcile more than 15 times without success.

“Our role in such cases is no different from providing the victims with access to medical, legal and psychological services,” says Walyaghe of the DFJ office in South Lubero. “We listen carefully to and offer advice and guidance for the victims, provide them with a health-care voucher, offer them legal aid by informing them about the laws, and provide free legal representation if they had to go to court.”

She says they also pay transport costs to ensure the woman is able to travel to court during her trial.

In the last 12 months, 24 cases have been resolved with perpetrators facing arrest or incarceration for violence against women, Walyaghe says.

The result of these recent arrests is changing the culture of domestic violence here, says Moise Mburanumwe, a 29-year-old civil servant.

“We all know that causing harm to a woman proves to be a big risk today,” he says. “Even when one offends his wife, he runs the risk of being brought to justice.