Skip to main content
The story you are reading was published on Thursday March 30, 2017. To read more recent stories click here. 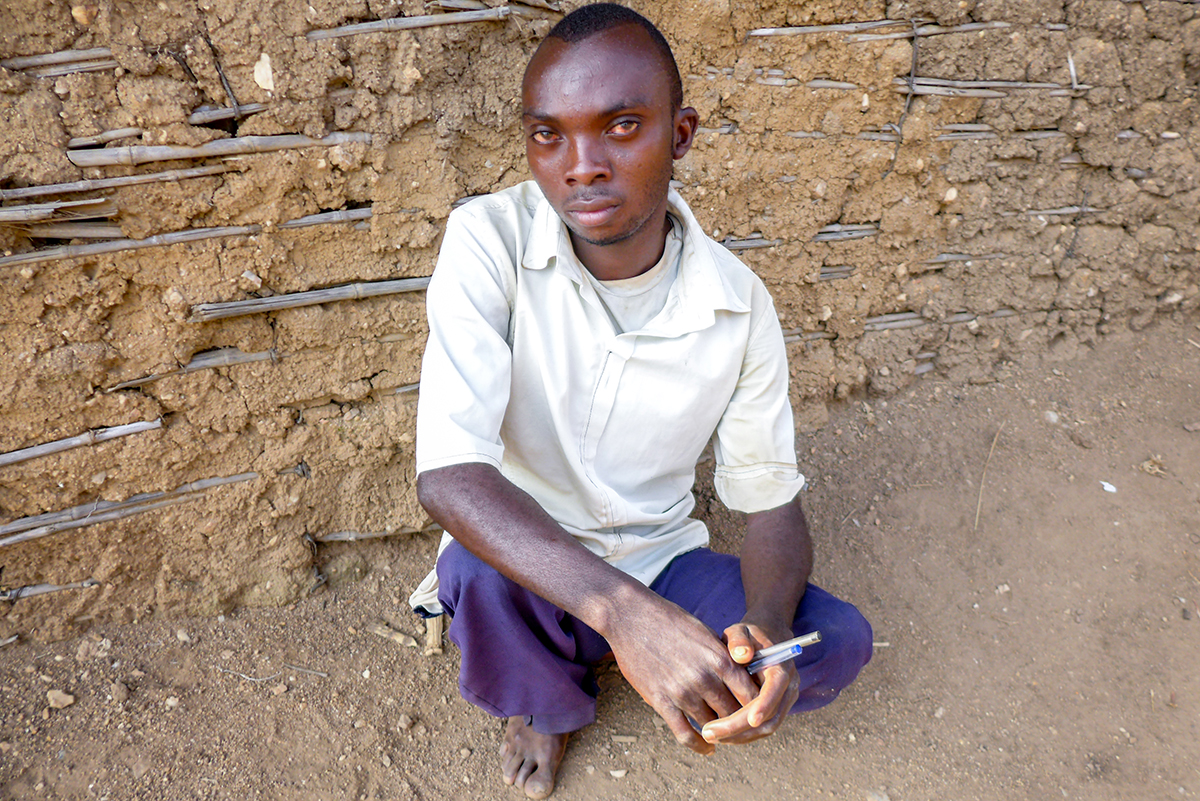 KIRUMBA, DEMOCRATIC REPUBLIC OF CONGO — His childhood was full of killings, and his family learned to flee each time armed groups known for slaughter came near.

Now Tulizeni Kambale Bwanandege, 22, lives with his uncle in Kirumba and relentlessly pursues studies to finish his high school education, despite congenital paralysis from the waist down.

After spending his youth fleeing armed groups, he now intends to graduate in Kirumba, nearly 180 miles north of Goma.

“I’m sick and tired of fleeing; I just can’t stand it anymore,” he says, quite out of breath, since he uses up all his energy when walking, especially because he walks on his hands.

Bwanandege’s family is among the more than 9,000 families recorded by the United Nations as having fled in 2016 from their homes in the towns of Masisi, Rutshuru, Walikale and Lubero in North Kivu province, according to Kasereka Kirao, administrative adviser in Kirumba for the internal migration population division of the UN’s Department of Economic and Social Affairs.

Since 1996, North Kivu has been particularly prone to violent conflicts, and a variety of armed groups has emerged. Mai-Mai Shetani, Nyatura, Nduma Defense of Congo, Cheka, Jackson, Mazembe, Corps du Christ and other foreign groups have infiltrated the province.

“A group of unknown people stormed into our village, beheading our neighbors and burning down our houses,” he says.

Following the attack, he and his family sought refuge in neighboring Miriki, but armed groups raided that area and killed people there as well. On the night of Jan. 6, 2016, he says, two wives of the local village leader, the Mwami, and their five children were beheaded.

“This is when I was forced to flee and escape to Kirumba,” Bwanandege says.

He attends support meetings in Kirumba sponsored by the Center for People Living With Disabilities, where he shares his experiences with other handicapped youths. Created in 2009, the group has aided 629 disabled people and supports educational programs to help prevent the disabled from having to rely on panhandling, according to Paluku Siwaviosi Maangaiko, the group’s president.

After each displacement, Bwanandege always resumed his education. 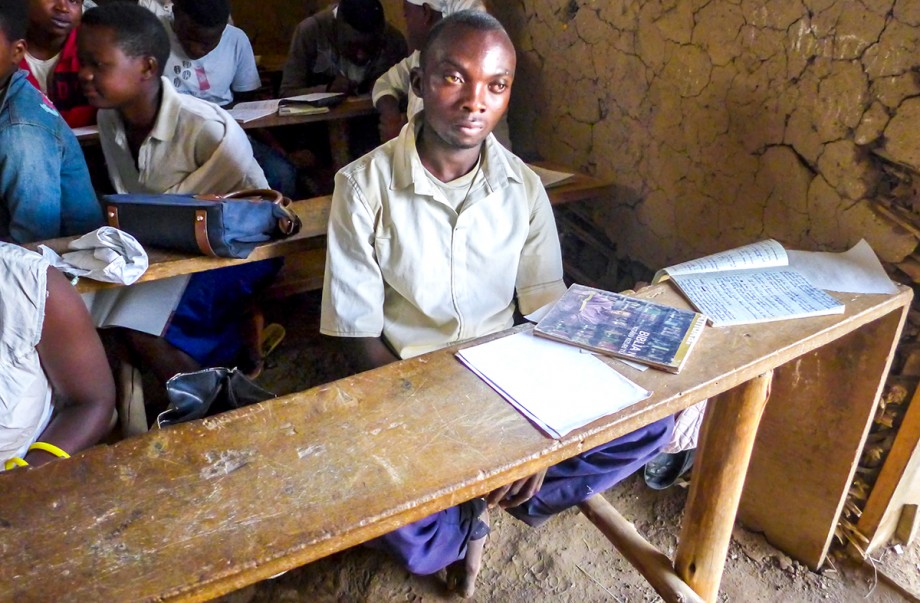 Tulizeni Kambale Bwanandege, 22, attends class at Institut Umoja de Kirumba in the Democratic Republic of Congo. He is majoring in secretarial and business administration.

“Despite huge crisis caused by war, I’ve always kept my spirits up amid hardships, and resumed my disrupted schooling,” he says.

Bwanandege’s classmates at Institut Umoja de Kirumba appreciate his attitude and his determination.

“He has never considered himself disabled,” says classmate John Kasereka Iulihakuhi. “I appreciate him for his behavior in class and his courage.”

“He has to climb mountains to get to our school using only his hands,” says Kahindo Sindayabo.

Kambale Bahani, deputy head teacher at the school, says Bwanandege has never been late for school, despite his disability. “He has the same skills as other students. He is a very hardworking,” he says.

Bwanandege hopes he won’t be forced to flee again. He calls on the government to bolster security in all villages, even in the most remote.

“My dream is to be able to complete my studies, land a job, found a family and lead a stable life,” he says.