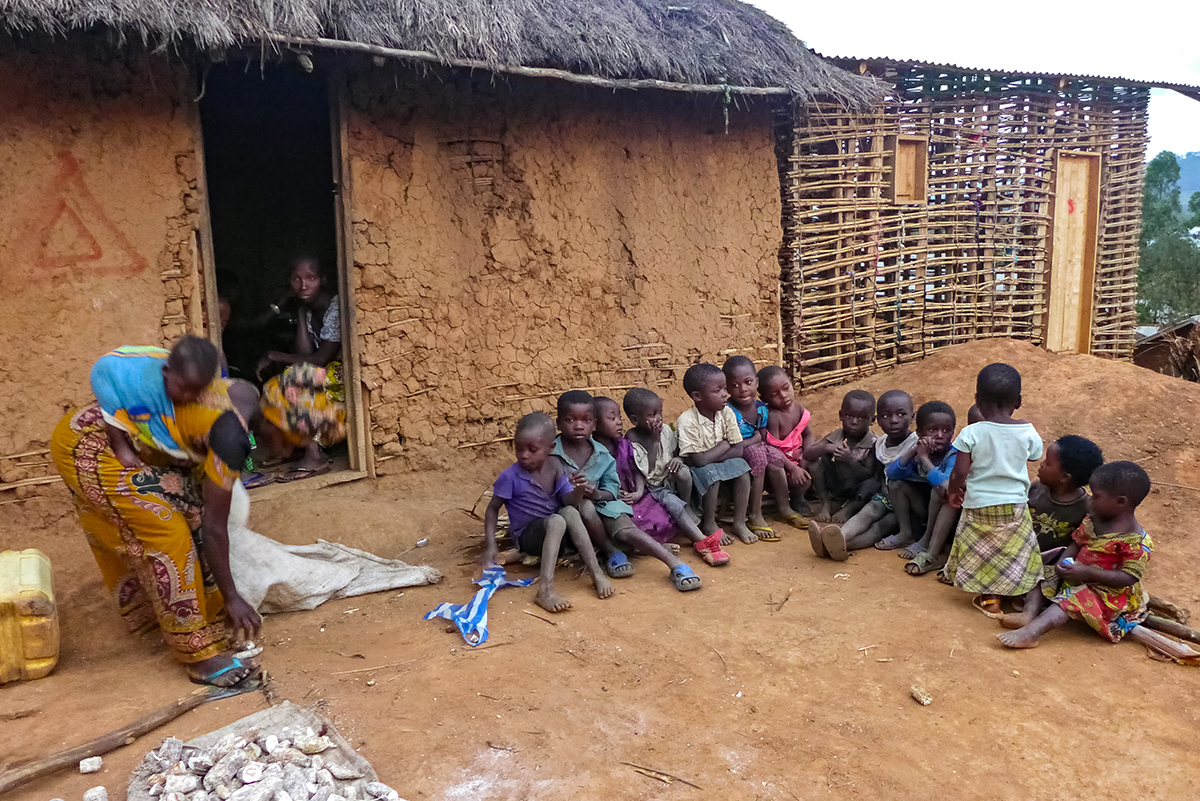 KIRUMBA, DEMOCRATIC REPUBLIC OF CONGO — When violent conflict pushed people from their villages near Lake Edward, the giant body of water that interrupts one of Africa’s vast, lush forests, people on the other side opened up their homes.

Families in Kirumba, a rural community in DRC’s North Kivu Province, don’t have much to begin with, but they offered what they do have to the thousands of internally-displaced people who began arriving in 2017.

The families make do despite cramped quarters, says Kasereka Tsongo. His family of four has hosted a family of eight since June. To maximize space, the men and boys share one sleeping area while the women and girls share another, he says.

“They eat what we have at home,” he says. “When there’s nothing to eat, we don’t complain about it.”

But like in any household that has long-term guests, it didn’t take long for friction to erupt. It’s difficult to keep things clean with so many people, Tsongo says.

Some in the house have experienced diarrhea and vomiting – symptoms, he says, of unsanitary quarters. 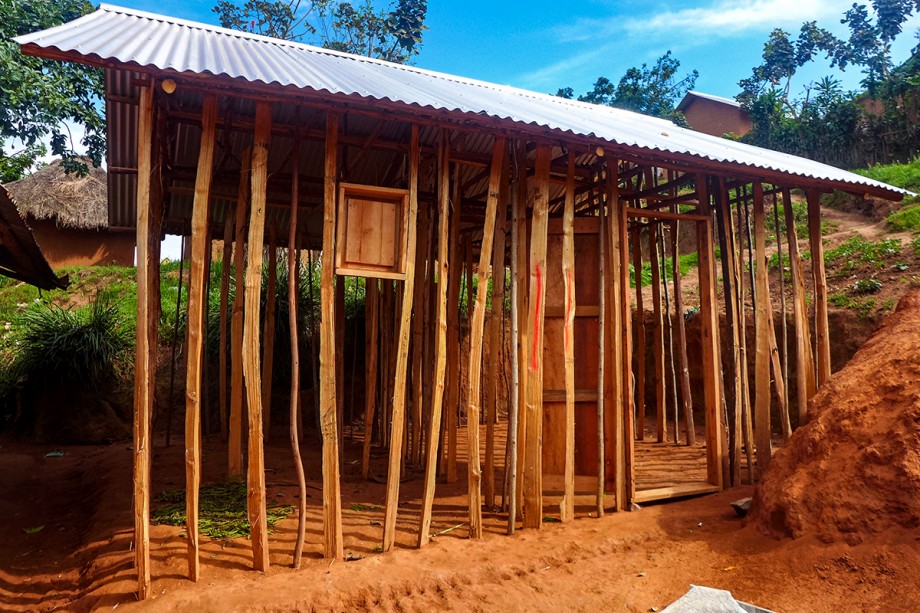 New homes for displaced families living in Kirumba, a town in DRC’s North Kivu province, will each have three rooms, one door and one window. They’re being built by AIDES, a local aid organization.

Some help is promised. A local aid organization is building homes for displaced families, but even that plan has caused headaches for some local people. They say they should be able to move into the dwellings because they opened their homes, however humble, to the visitors. To add yet another complication, homeowners in Kirumba will be forced to continue sharing their space even after the new homes are completed. The new structures are being built on land owned by the people who are hosting the displaced families.

Domina Kahambu, a longtime resident of Kirumba, says the shelters, built of semi-durable materials, send the message that the displaced families will remain permanently. Even local people would benefit from such a structure, she says.

“I, too, live in a thatched house,” she says, referring to her traditional straw roof.

Nearly 5,000 displaced people have come to Kirumba since early 2017, says Pablo Paluku Haliposo, who leads the town’s office for internally displaced people. They were all forced from their homes in the Rutshuru region and the Lubero territory due to clashes between armed groups known as Mai Mai and government forces.

In these areas, Mai Mai groups often engage in deadly battles against other groups and government soldiers to win control of villages, roads or other places. In some cases, local men and boys form their own Mai Mai groups to protect their homes, but other groups seek broader power.

As Mai Mai groups and government forces move through DRC’s remote eastern regions, violence follows in sporadic waves. It surges to push people out of their homes, then recedes, allowing enough peace for people to return. Kirumba, a regional market town, is a common destination for those who have been displaced, so families here experience a consistent ebb and flow of people needing shelter.

For the displaced people who wound up in Kirumba beginning in 2017, the threat of violence or even death in their home villages is so great that they agree to sleep on tarps or bags and scrabble for basic necessities.

Kavira Luvali came to Kirumba with her family in May. Their own village, Karambi, is an 80-kilometer (about 50 miles) drive away.

“We’re a family of eight, and we’re hosted by a family of seven,” she says. “We’ve trouble deciding which bedroom goes to whom. We sleep in the kitchen after having dinner and removing the utensils. We sleep near the fireplace, running the risk of being burned.”

In July, one local group, AIDES, began to build permanent shelters for these displaced families to relieve the pressure on local people and improve sanitation for everyone. AIDES stands for Actions et Interventions pour le Développement et l’Encadrement Social, which translates to Actions and Interventions for Development and Social Coaching in English.

Benjamin Munege, an AIDES project coordinator, says his organization built nearly 1,600 shelters in other areas in 2017. Since July, it has built 1,365 shelters in the Lubero territory, including 465 shelters in Kirumba.

Each shelter has three rooms, one window and one door, Munege says. That represents a huge upgrade from the current situation for displaced people and their hosts.

Muhindo Nzanzu, a Kirumba resident, says he eagerly awaits the shelters, no matter how complicated the situation is.

He says his family of 13 hosts six displaced people who sleep on his kitchen floor.