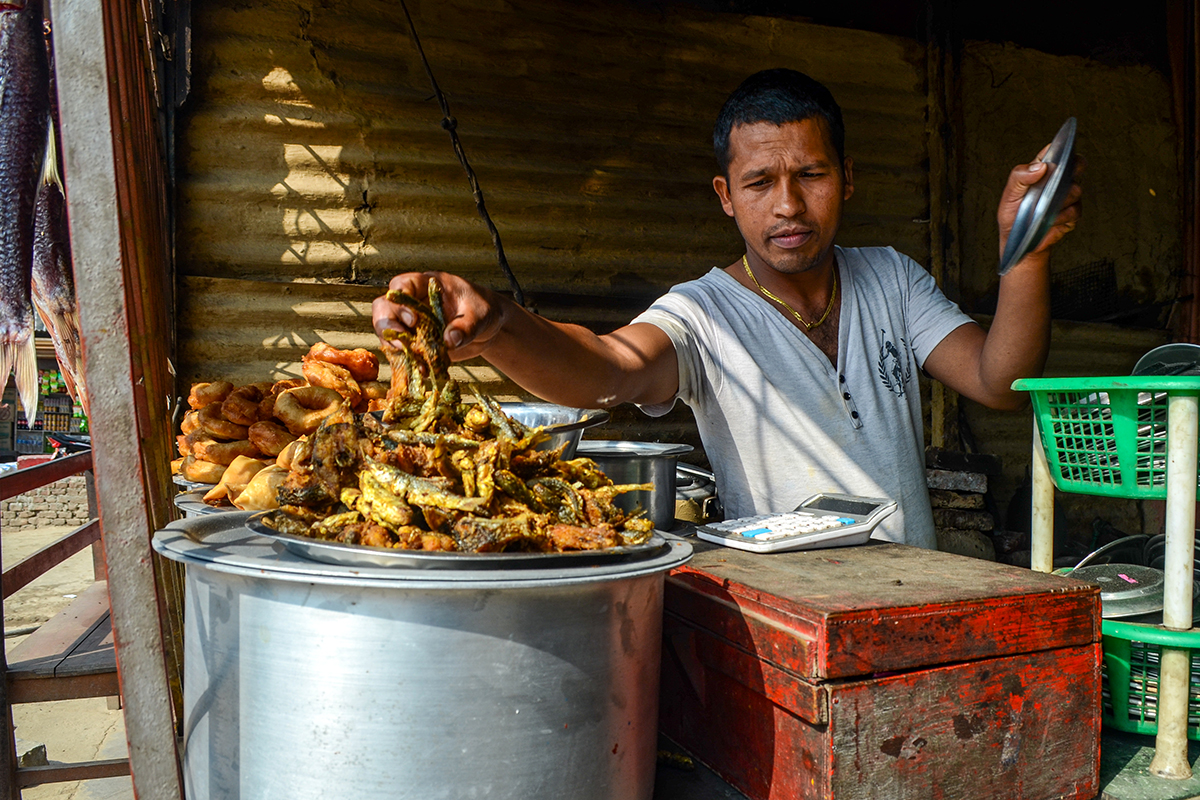 Sapana Khadaka, 44, says she comes to Chisapani from her home in Bardiya district, 50 kilometers (31 miles) away, just to eat the fish from the Karnali River.

“It’s not just me,” she says. “Everyone from elderly people to children likes the fish in this town.”

Favorites include eel; labeo, a type of carp; and the most famous, mahseer, known for its delicate flavor. The fish are served fried, with curry, roasted or dried in the Nepali method called Sukuti.

Nabaraj Paudel, 34, owner of Bipin Paudel Hotel and Lodge in Chisapani, says the love of the local fish drives domestic tourism and keeps restaurants and hotels busy from 6 a.m. to 10 p.m. daily.

“Opening a hotel in Chisapani means doing the business of fish,” he says. 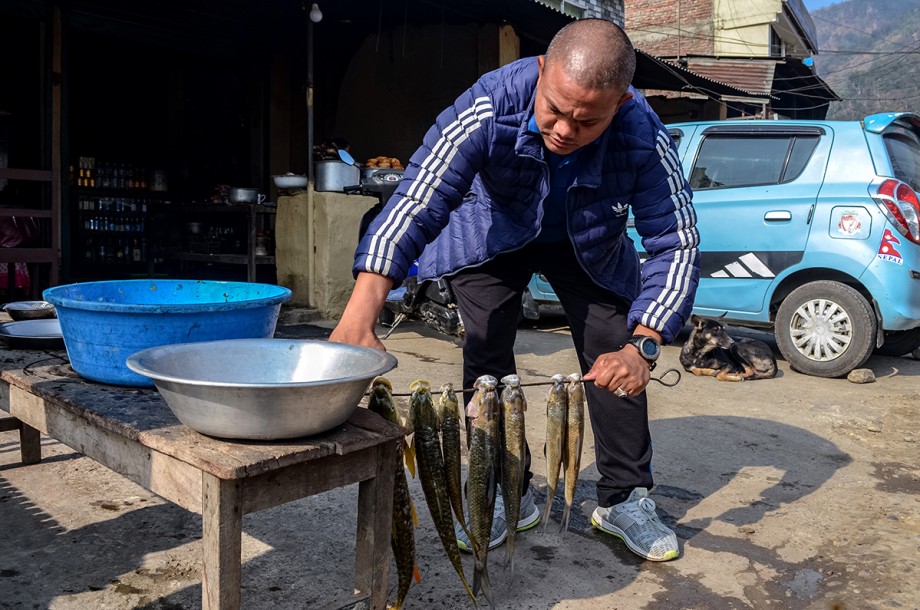 Fish from the Karnali River have a reputation for being tasty. These fish are responsible for creating a domestic tourism boom in one small town in Nepal.

In 2006, Paudel built a small wooden building where he and his wife began serving fish dishes. In the years since, the fish of the Karnali River have expanded his business into a hotel that accommodates 35 guests at a time.

“It’s only through the fish business that you can earn money here,” he says.

Paudel and others attribute the fame of the local fish to the cold temperatures of the Karnali River, thanks to runoff from the Himalaya Mountains.

Local hoteliers say that 800 to 1,200 domestic tourists visit the Kailali district in far western Nepal every day in search of the famed fish. During festivals, holidays or new year celebrations, that number can soar to 5,000 per day, says Birmanjan Batala, chairman of the Kailali Hotel Association. To accommodate the appetite for the local fish, more than 200 shops that sell Sukuti-style dried fish and 160 restaurants and other eateries featuring local fish have popped up in recent years.

Rekha B.K., 35, drove two hours to try the fish in Chisapani. She credits the beauty and cleanliness of the river for the great taste. 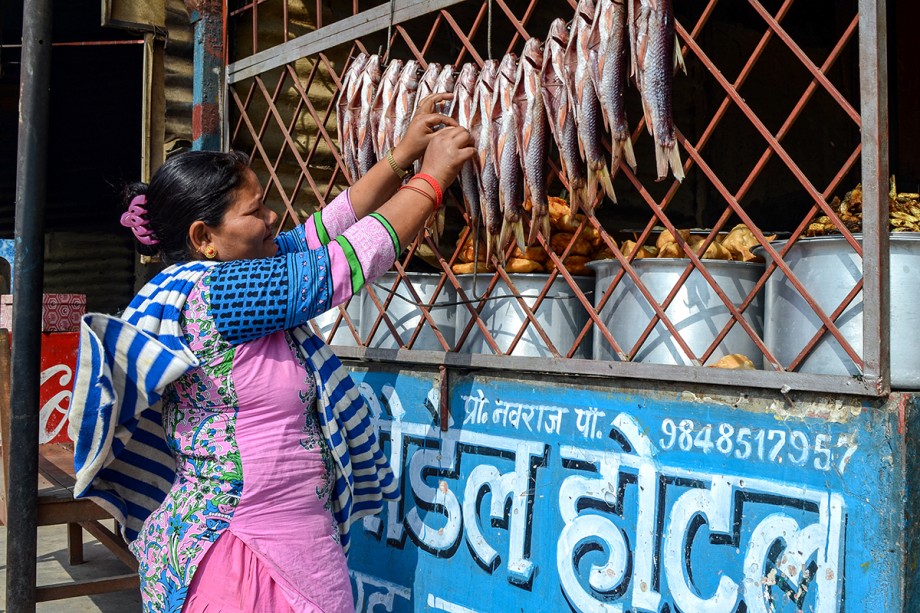 Mahseer is among the most famous types of fish pulled from the Karnali River. Locals say the icy waters enhance its delicate flavor.

“The same fish available in this river would not be as tasty if they came from another river,” she says. “Who would not like the fish here?”

Her one complaint – prices are getting higher.

“It’s hard to afford for people like us from the middle class,” she says.