Skip to main content
The story you are reading was published on Thursday July 6, 2017. To read more recent stories click here. 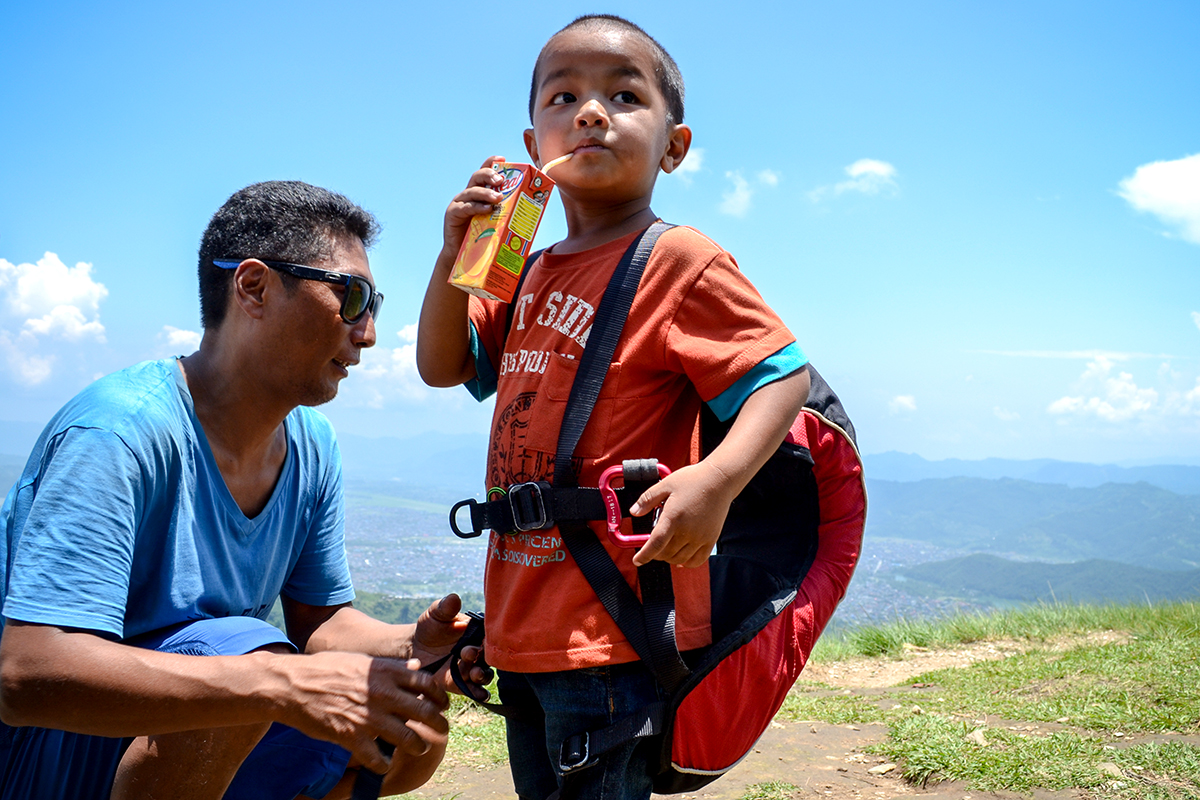 POKHARA, KATHMANDU — Paragliders dot the afternoon sky, descending in harmony with the wind. One paraglider gets adventurous as he performs stunts, red wings soaring around and around.

He is Lakpa Tsheri Sherpa, 42, known for summiting Mount Everest four times, and paragliding without oxygen from the highest mountain in the world. In 2011, he and Sano Babu Sunuwar set a world record of 8,865 meters (29,084 feet) for free flight and were hailed internationally by the paragliding community.

Sherpa lands the glider near Fewa Lake with a big grin on his sun-kissed face.

“I love adventure!” he shouts.

That love is clear from the 2011 descent from Mount Everest, which was part of a 100-day expedition in which Sherpa and Sunuwar became the first to make it from Everest to the Indian Ocean, gaining the title of 2012 National Geographic People’s Choice Adventurers of the Year. 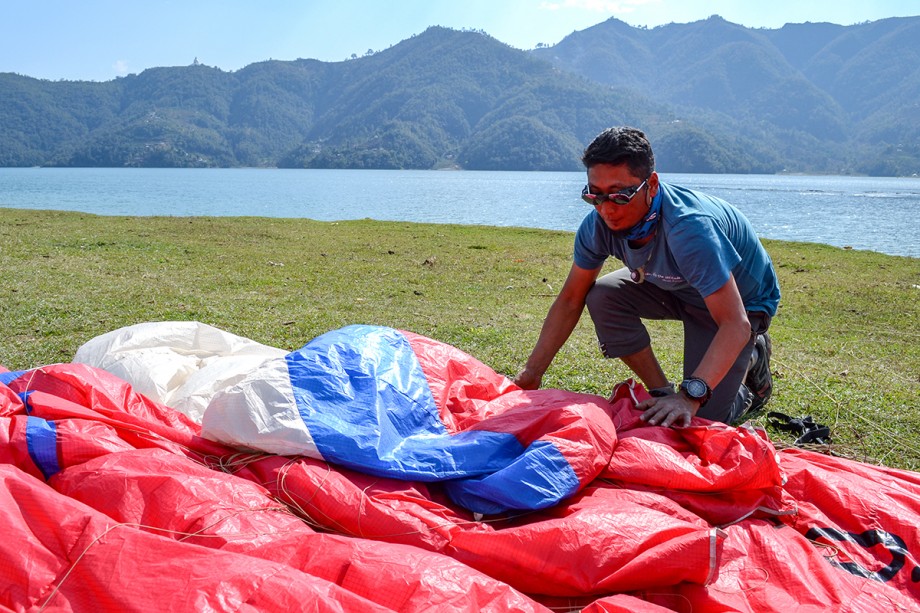 But while such fame might have led others to leave Nepal for more prosperous places, Lakpa Tsheri Sherpa chose to stay home and raise his sons Mingma Tashi Sherpa, 10, and Sangye Dorjee Sherpa, 4; start a kiwi farm in the Solukhumbu district; and run a company with Sunuwar in Pokhara that helps others experience the joy of paragliding in the Himalayas.

“In my village, from every house, at least one to two members have gone abroad,” Sherpa says. At least 15 members of his extended family are abroad, he adds. Most have gone to the United States, France and Switzerland, mainly to earn more money.

Political instability and poverty have driven many Nepalese out of the country, as the government navigates from a monarchy to a modern, democratic nation. According to Nepal’s 2011 census, its most recent, more than 1.9 million Nepalese work abroad, and about one in every four households, or 25.42 percent, had at least one family member absent or living out of the country.

“My mother says, ‘All our neighbors’ sons are abroad but my son is here,’ ” Sherpa recalls. “I don’t want to go abroad. I want to work and live in Nepal.”

Those left behind in Solukhumbu, which is in the easternmost part of Nepal and is home to Mount Everest, rely on farming and tourism. Pokhara, where Sherpa has his paragliding business, is the gateway to the famous Annapurna range, a spectacular Himalayan trek, but one not as steep as the climb to Mount Everest.

“The decision that Lakpa Sherpa and Sano Babu took is very challenging,” he says. “Wind conditions in high altitudes change in seconds. But they did it. It is a proud moment for Nepal, and they proved that Nepalis can do it.” 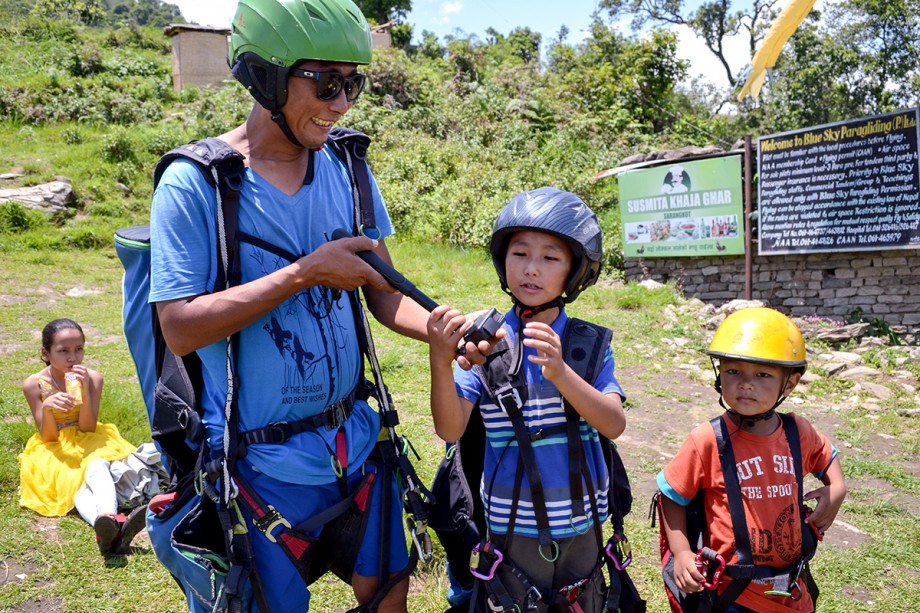 Speaking of the high proportion of Nepalese who go abroad to seek more numerous opportunities, Gurung says, “There are political problems in Nepal, but we have to concentrate on the changes.”

Sherpa says that instead of complaining about Nepal’s troubles, he chooses to have a positive outlook.

“I don’t complain,” he says. “I continue with my work, despite the problems.” If people keep leaving the country, then who will stay back?”

If Nepalis keep leaving, Sherpa is afraid that the traditions and culture of his village will disappear.

“My village will be empty, because everyone is going abroad,” he says. “Our culture will disappear if this continues,” he adds, referring to, among other things, pujas – the festivals of his home village Chaurikharka in Solukhumbu.

“I go with my family,” he says. “I love to dance. At the festival, you don’t know how time flies.”

But more than the festivals, Sherpa speaks of Nepal’s famous summit.

“To be at Everest between 2 a.m. and 4:30 a.m. at dawn and witness the morning rays coming from the east, to see the sun below you – you are in paradise,” he says. “The experience is indescribable. Money cannot buy this kind of experience.”

And he speaks of his children. He takes them paragliding, hiking and kayaking.

“They enjoy themselves,” Sherpa says. “They remember all the places I take them. I want my children to follow their hearts and enjoy what they do.”

Just as he has decided to do by remaining in Nepal. 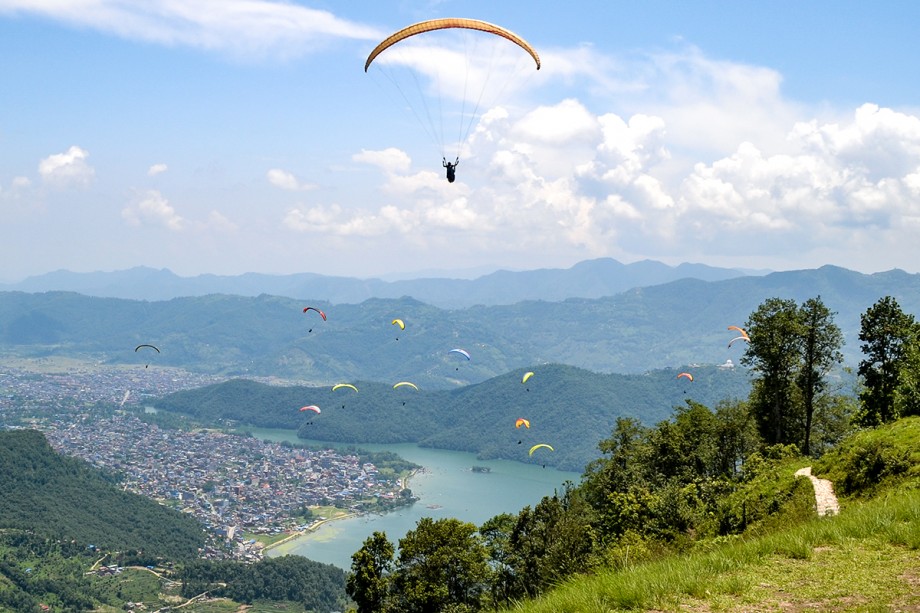