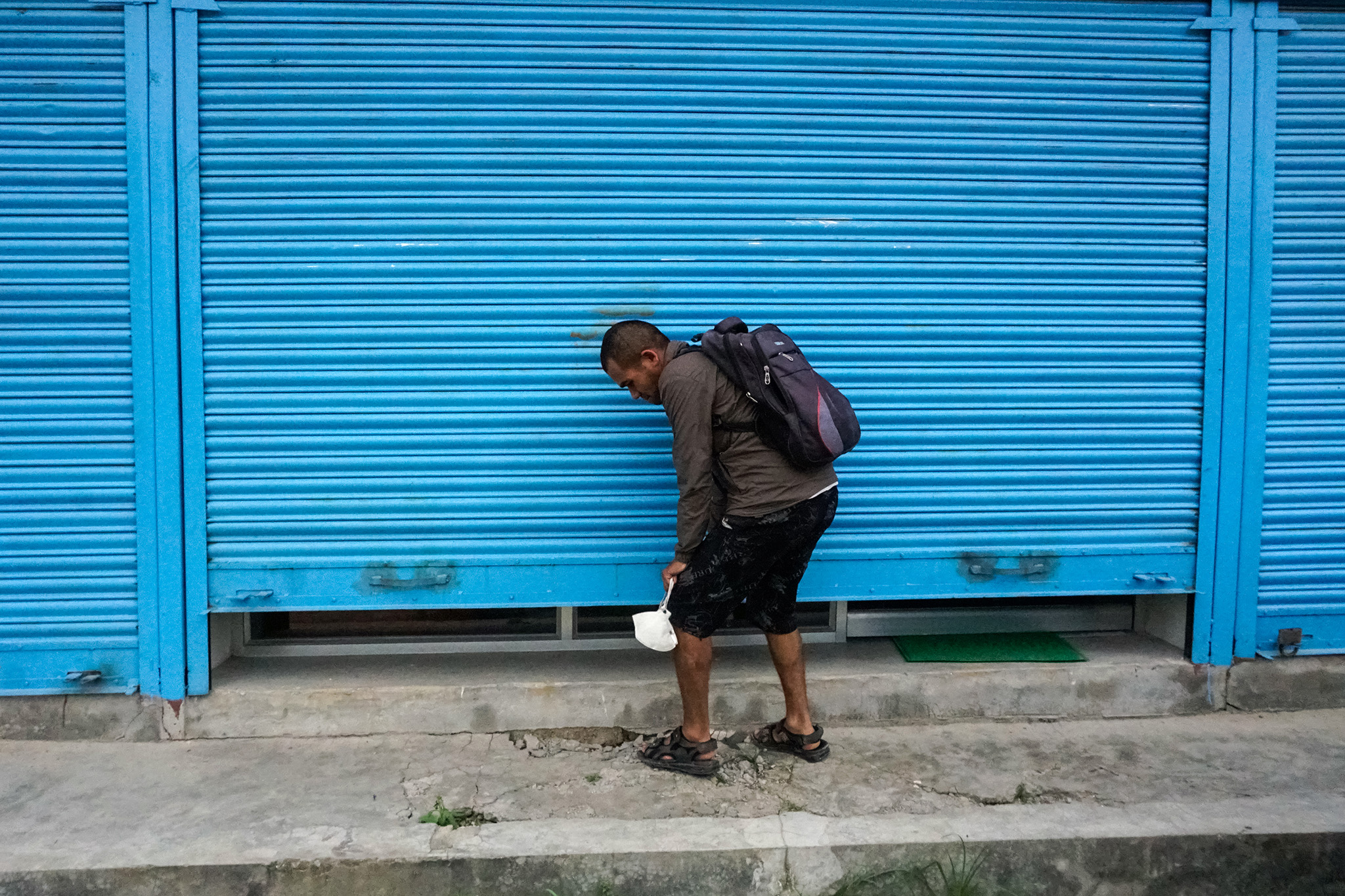 KATHMANDU, NEPAL — Chandara Bishwakarma was working as a carpenter in Saudi Arabia when he saw news on Facebook that tugged him toward home.

He learned that a government-run program in his native Nepal was offering returnee migrants “soft loans” — 1 million Nepalese rupees ($8,500) without collateral, to be repaid in five years at a below-market interest rate. The money would jump-start his dream of building a furniture business.

“I was unemployed for almost a year,” he says. “I did whatever work I could find.”

Many returning migrants echo Bishwakarma’s dismay, saying the soft loan program has suffered from too much bureaucracy and too little coordination between government and banks.

Officials have trimmed the red tape, but returning migrants say getting a loan remains a struggle. The program’s challenges spotlight the ripple effects of the economic and political instability of Nepal’s recent past, when millions of Nepalese fled the country.

The battles returnee migrants face also show how hard it has been to reintegrate them smoothly even though the strife has calmed.

“Banks are not giving loans to returnee migrants because it is not profitable for banks, and they don’t want to take the risk,” says Uttam Adhikari, president of Returnee Migrant Nepal, a lobbying and advocacy group that helps migrants reintegrate. 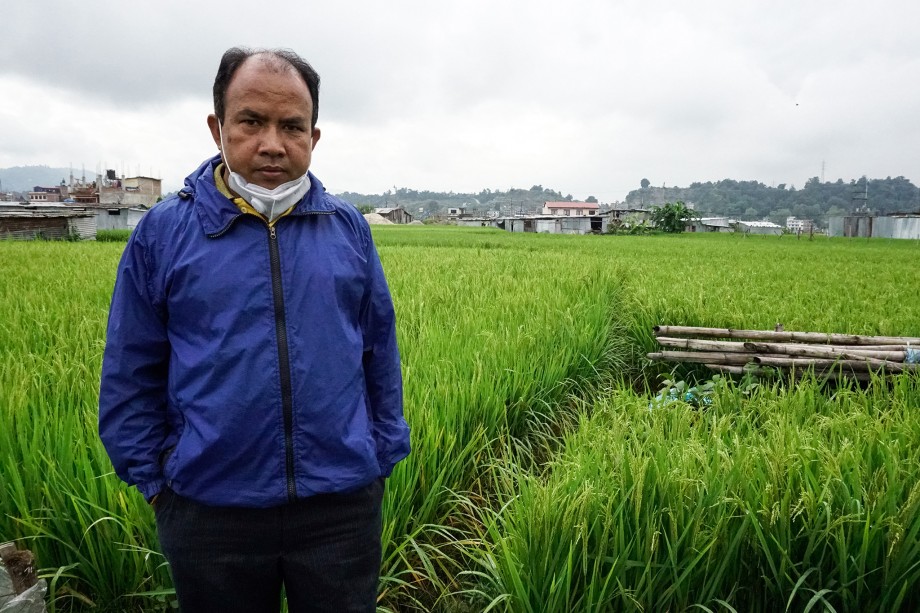 Hari Bahadur Khatri, 42, a vegetable farmer, stands in one of his fields in Kathmandu. After returning from Qatar, he applied for a soft loan to increase his farmland, add more greenhouse-like tunnels and employ more workers. A government-owned bank turned him down.

Between 2008 and 2018, according to government statistics, 3.9 million Nepalese fled a feeble economy, with its ailing agricultural and manufacturing sectors, weak exports, high inflation, and lack of formal jobs.

Fighting between Maoist insurgents and the Nepalese government from 1996 to 2006 also spurred migrants to leave. Malnutrition flourished, as the war hampered food production, especially in rural areas. Untold numbers of Nepalese were displaced from their homes. The conflict left more than 18,000 people dead and another 1,700 missing.

The soft loan program, born two years ago, is coordinated by the government’s Foreign Employment Board, created to protect the rights of returning migrants. The board receives the returnees’ applications, but banks choose who gets the soft loans. Of 18,737 applications so far, banks have approved only 222 loans.

One problem, critics say, was the initial raft of government demands. Applicants had to start a business in the sector they worked in while away; had to be a returnee for less than three years; and needed a certificate from their overseas employer vouching for their skills and work experience. Banks also wanted a detailed business proposal.

“But 80 to 90% are not skilled,” says Shambhu Prasad Parajuli, manager of the returnee migrant and subsidy loan department at NMB Bank, which has committed to giving 1,000 soft loans to returnee migrants.

And those with skills “didn’t have skill certificates,” he says. “So banks couldn’t give loans.”

“Banks are not giving loans to returnee migrants because it is not profitable for banks, and they don’t want to take the risk."Uttam AdhikariPresident of Returnee Migrant Nepal

The government dropped the three criteria in September 2019. Nepal Rastra Bank, the country’s central bank, then decreed that every branch of each bank had to give at least 10 soft loans annually, including those to returnee migrants.

NMB Bank approved 150 soft loans in the 2019-2020 fiscal year, including 40 to returnee migrants. Still, the bank turned down 95% of applications from returnees.

“They did not know what business to do,” Parajuli says. “Their idea was to get the loan and then decide what to do.”

On this day, having started his own construction company, he sits in his empty one-room office, busy on his phone. B.K., a common last name that stands for Bishwakarma, coordinates the delivery of raw materials to a house, where he will help unload drywall and supports for the walls and ceilings.

Between May and August 2019, he visited three banks with other returnee migrants for information about soft loans. 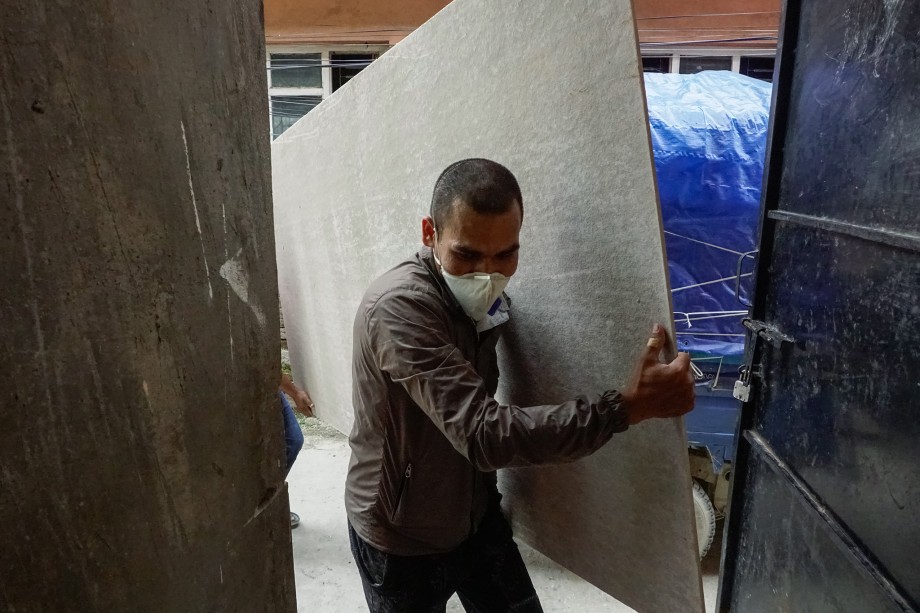 Kamal B.K., 29, helps unload drywall and other equipment at a house in Kathmandu. He returned from Turkey last year and hoped a soft loan would fund his construction company. He was turned down, so he used his savings to open the business.

“The banks didn’t show interest, and we were turned away,” he says. “We visited each bank at least 10 times.”

“It is difficult to pay their wages on time,” he says. “Sometimes I pay them after 10 days.”

Hari Bahadur Khatri, 42, left Nepal because of the Maoist conflict and political unrest. He worked in Qatar for 11 years and returned in November 2017.

He started a vegetable farm and wanted to add more land, build more greenhouse-like tunnels and employ more workers. His government-owned bank rejected his application, too.

“If I don’t get the loan, then I have to take a loan elsewhere at a higher interest,” he says. “I have already invested, so I can’t even go overseas for work.” 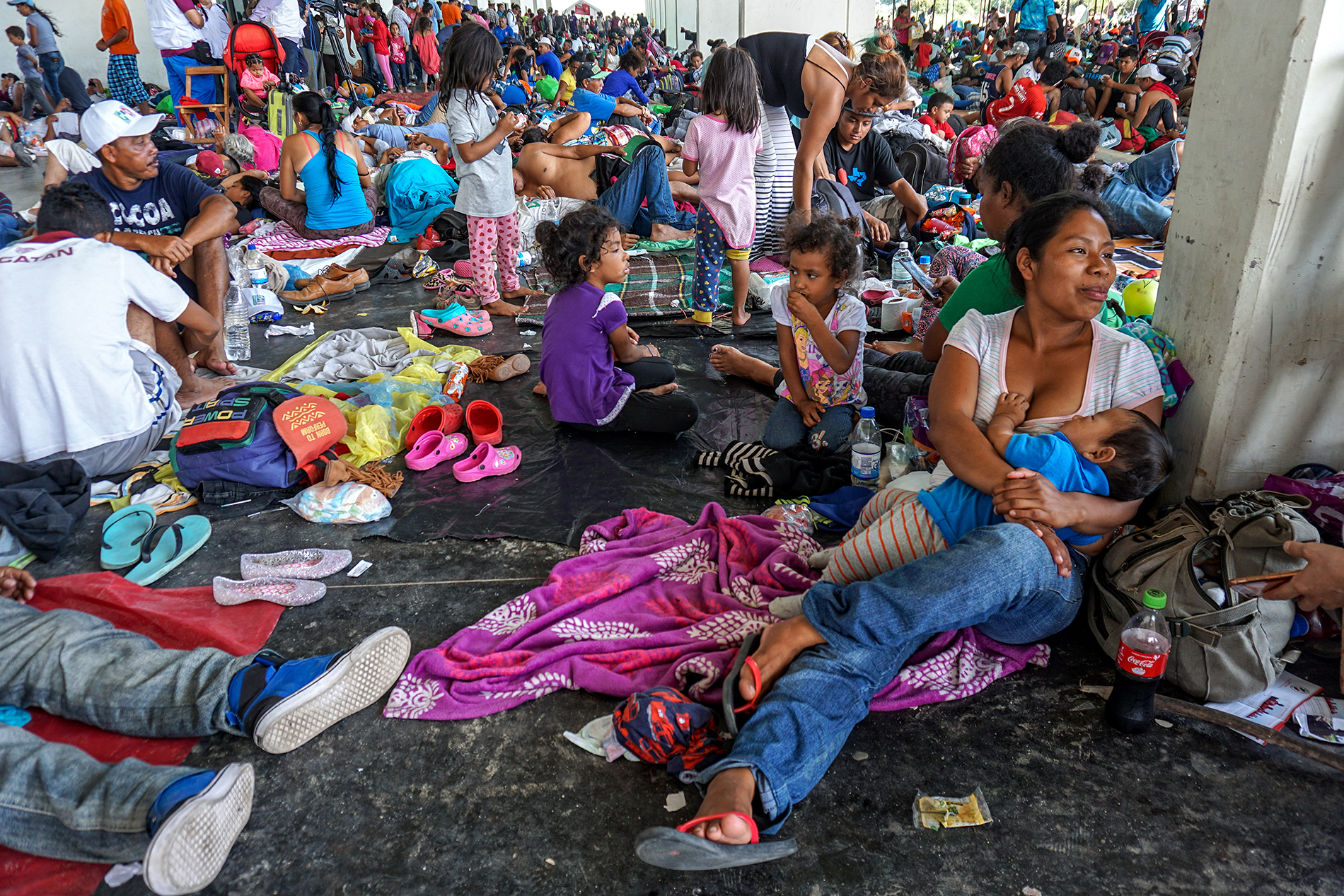 Explore how and why people cross borders.

Officials are working on a program to provide returning migrants with skills testing, he says, as well as training in entrepreneurship and financial literacy.

Bishwakarma, the carpenter who returned from Saudi Arabia, first applied for a soft loan at an NMB Bank branch in 2018. As he waded through the process, he took a regular loan of 300,000 rupees ($2,549) from a cooperative and started a small workshop.

He applied to another NMB Bank branch last year, hoping to expand his workshop, hire more people and open his furniture store.

That branch told him to register his company. To do that, he went to three local government bureaucracies, including the District Forest Office in Dharan, 381 kilometers (238 miles) from Kathmandu, the capital.

He says he feels stuck.

“I left my work and came home to start my business,” he says. “And I am still running around for my loan.”