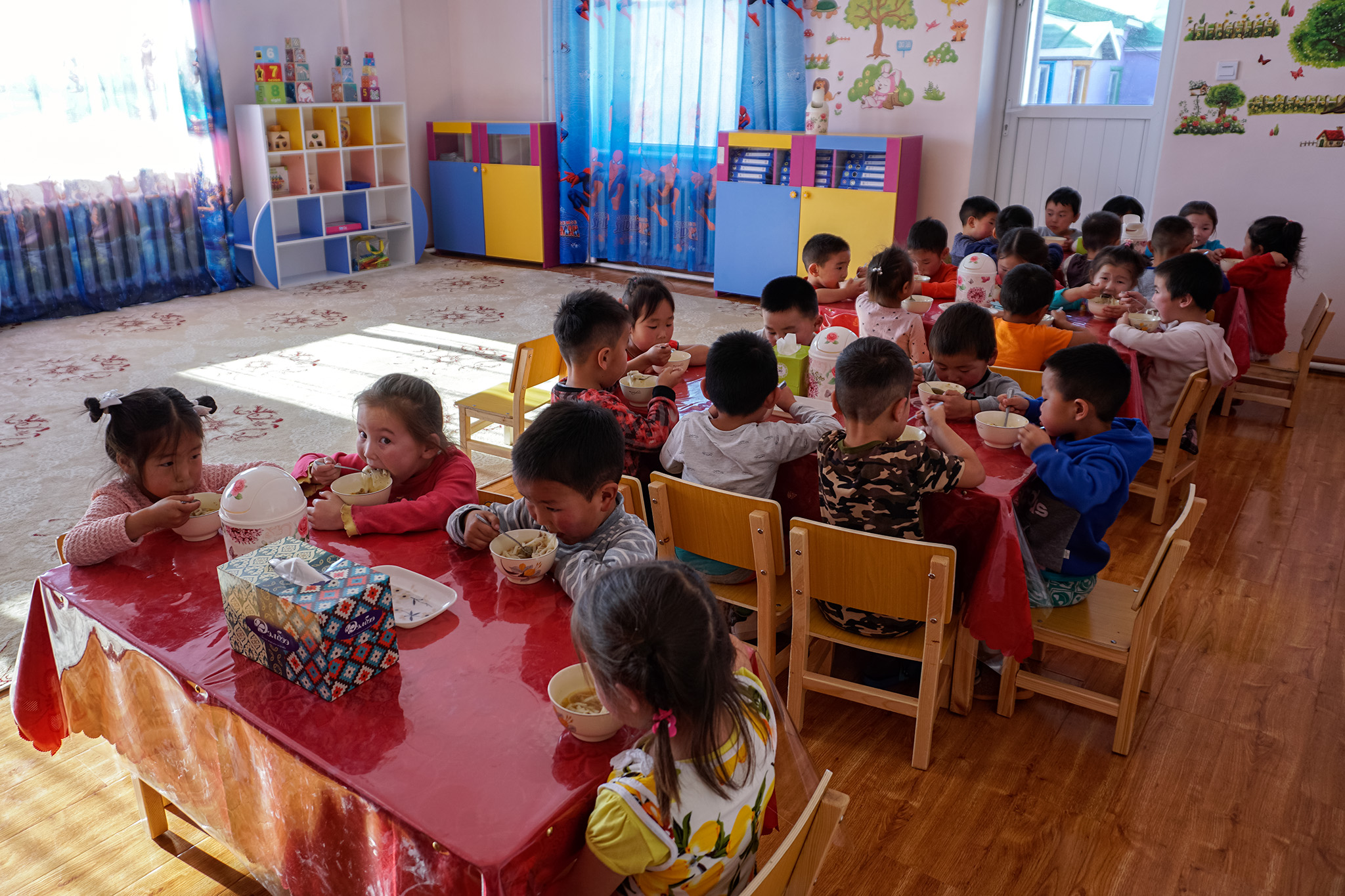 As the children slurped noodle soup and ate bread topped with sugar, their teacher, Myagmarjargal Munkhbaatar, walked around with tissues, gently wiping the children’s runny noses. On that day, nine of the class’s 42 students were out sick.

Today, no one is in school.

Mongolia proactively closed all schools from Jan. 31 through March 30 as the coronavirus spread in neighboring China. But even before the threat of the new virus, Mongolian children have long been prone to illness during the country’s harsh winters, when coal pollution clouds the freezing air.

Kindergarten teachers here, who teach children ages 2 to 5, say more could be done to keep kids healthy during the winter, starting with the meals students receive in school.

“In general, children have weak immune systems,”Myagmarjargal says, adding that classroom attendance dips by 25% to 30% in a regular winter. 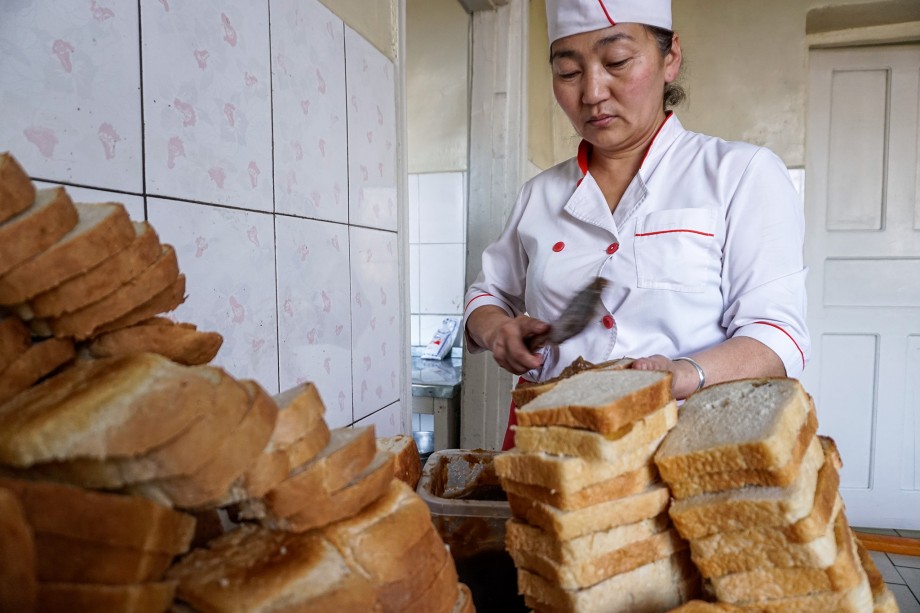 School cook Odonchimeg Mogol prepares a meal for kindergarten students. She says it’s not possible to give students all their required nutrients on the budget provided by the government.

For more than seven years, the budget allocated for kindergarten meals stayed the same, despite inflation and rising food prices. But as parents and teachers became increasingly concerned about childhood nutrition, particularly during the winter, the government raised the food budget allocation per kindergarten child by 50% in December.

At Kindergarten No. 5, cooks Munkhtuya Battseren and Odonchimeg Mogol say they will continue to serve two meals a day – pastry with mild porridge and blueberry juice for breakfast and buckwheat soup with fried noodles, bread with butter and sugar, and water with honey for lunch.

They say the budget increase is good, but it won’t change the quality or quantity of the students’ food.

“There has been no other option than to exceed the budget,” Odonchimeg says, adding that it has long been impossible to feed the children on 1,650 tugriks (60 cents) per day.

The real total daily cost per child is closer to 2,300 tugriks (83 cents), she says. So despite the substantial increase in budget, the menu will remain the same, without additional protein or vitamins.

There has been no other option than to exceed the budget.Odonchimeg Mogol, a cook at Kindergarten No. 5

“The insufficient budget for the children’s meal cost had become a serious problem,” Narmandakh says, adding that the numerous absences during the winter months allowed the school to stay within budget for the year.

Children under 5 often suffer deficiencies of vitamins A and D, according to a 2017 study published by Mongolia’s Ministry of Health, the National Center for Public Health and the United Nations Children’s Fund.

The country’s winter is notoriously dangerous for children. Incidences of respiratory disease in Ulaanbaatar, the country’s capital and home to nearly half the population, have almost tripled over the past decade, according to a 2018 report from the UN agency. The report also notes pneumonia is the second leading cause of death for children under 5 here. And kids who live in the capital’s most polluted neighborhoods “were found to have 40% lower lung function than children living in rural areas.”

Students are supposed to receive 80% of their daily nutrition at school.

But Erdenebileg, the nutritionist, says that still won’t be possible, even with the budget increase. Kindergartens will continue to supplement calories by offering sweet pastries that have poor nutritional value but are high in calories and carbohydrates. An emphasis on foods with vitamins A and D would do wonders to boost children’s immune systems during the winter, she says.

“Using fruits, berries and vegetables, especially produce with vivid orange and dark green colors, rich with vitamins and minerals, seems a distant possibility because of financial reasons,” she says.