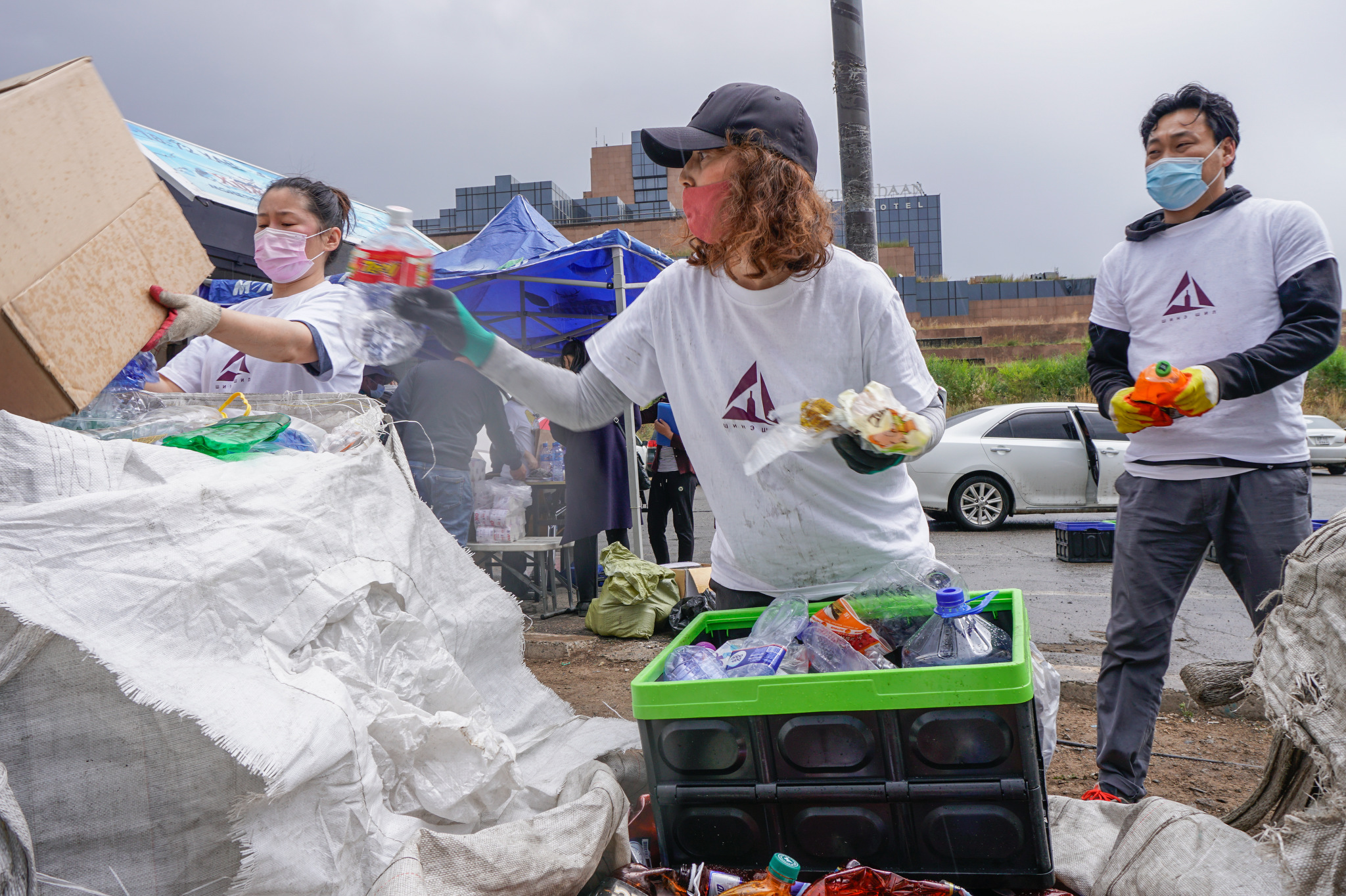 ULAANBAATAR, MONGOLIA — When Bujin Myagmarsuren visited Japan in 2017, a few things stood out to her. At her hotel, little went to waste.

“There were people who were so frugal that they would write a note to the next visitor asking them to use the shampoo they had used,” she says.

Bujin also noticed that people sorted their garbage, and there was an efficient waste collection system, which she says was lacking in Mongolia, particularly in Ulaanbaatar, the capital. Until then, Bujin hadn’t taken much interest in environmental conservation.

She felt compelled to do something on her return to change the culture in Mongolia, where there’s little awareness of recycling and no state-funded waste management facilities. She’s spent the past four years convincing Mongolians about recycling’s benefits through her nonprofit, Zero Waste Mongolia, which in 2019 helped influence the government to ban the use of thin plastic bags.

In the process, she’s striving to preserve the country’s ecosystem, which already suffers from the adverse effects of climate change, and that of the capital, which faces overpopulation and air pollution.

Mongolians traditionally produced little waste due to a minimalistic and nomadic lifestyle. But in the last few decades, many in this landlocked country have transitioned to a more urban lifestyle — some in search of better economic opportunities in the city, others driven out by harsh weather conditions that have harmed their livestock.

This has led to exponential population growth in urban areas. Almost half of the country’s population lives in Ulaanbaatar, according to the 2020 census. 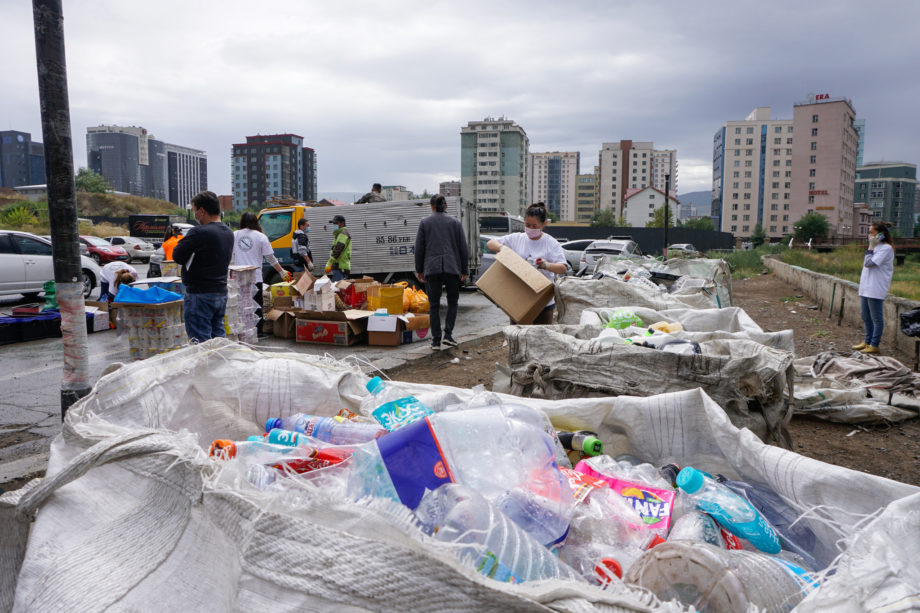 As the population increases, so does the volume of waste. Between 2010 and 2015, the amount of waste produced nationwide tripled, according to government data, and in Ulaanbaatar, the volume has increased by 18.3% in the last five years.

Some private and public companies collect waste in Ulaanbaatar and dump it in landfills, according to a 2019 United Nations Environment Programme report. Half of the collected waste could be recycled, but less than 10% is, mostly in the informal sector and by private companies, the government said in a 2019 sustainable development report. Poor road infrastructure leaves the ger districts on the outskirts of the city, where 60% of the city’s population lives, inaccessible to waste collection companies.

The lack of waste management not only degrades the country’s ecosystem but also poses health risks to the population and livestock, according to the government report.

Bujin encourages her 76,000 Facebook followers to sort garbage at home. She collects some of this garbage through her mobile collection station and has also conducted training on waste management in 10 provinces across the country. Since 2020, more than 5,000 Mongolians have disposed their recyclable garbage at her mobile station, she says. 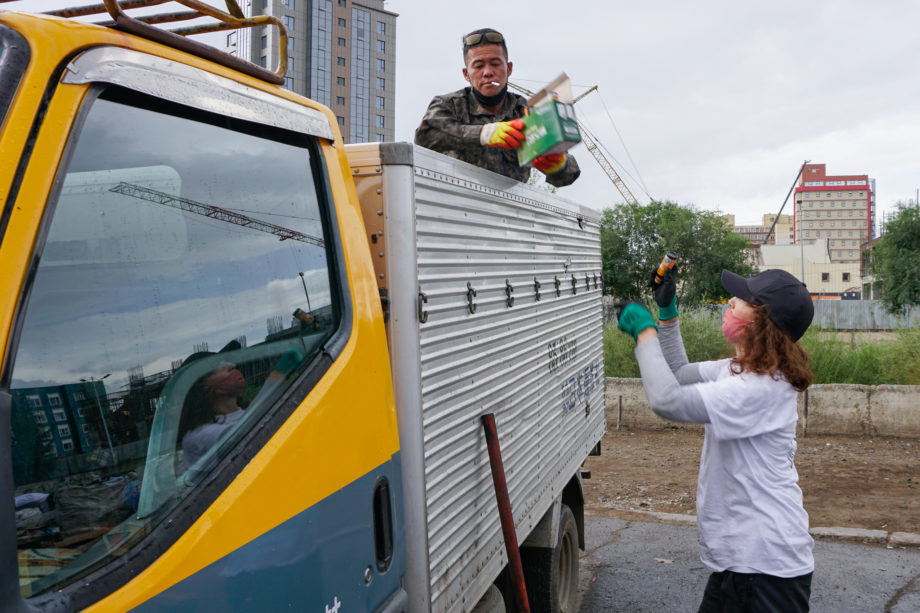 Her efforts have changed some minds. Khishigjargal Tserenpil, who lives in Ulaanbaatar, says she has been sorting her garbage since she learned from Bujin’s Facebook page that recycling was good for the environment.

Solongo Bayarmaa, who also lives and works in the city and has been following Bujin’s page for a year, says she has been doing the same.

“I told my friends and co-workers,” she says. “We started collecting bottles at work.”

It’s a start, although even the government hasn’t had much long-term success. Officials have made efforts to improve waste management through various initiatives and policies, such as the 2017 Law on Waste, which regulates waste production and improves waste management. But funding remains a main drawback, says Ariguun Sarankhuu, head of Ulaanbaatar’s waste management and regulation division.

Ulaanbaatar Mayor Sumiyabazar Dolgorsuren agrees. During a November press conference, he said most city projects, especially those that address environmental pollution, often stall due to lack of funding.

But he insisted new regulations on waste disposal and management will take effect soon, following an amendment to a law meant to regulate traffic laws, waste management and other issues affecting Ulaanbaatar. Sumiyabazar didn’t provide details, but Ariguun says these waste disposal regulations will start in the first quarter of 2022. 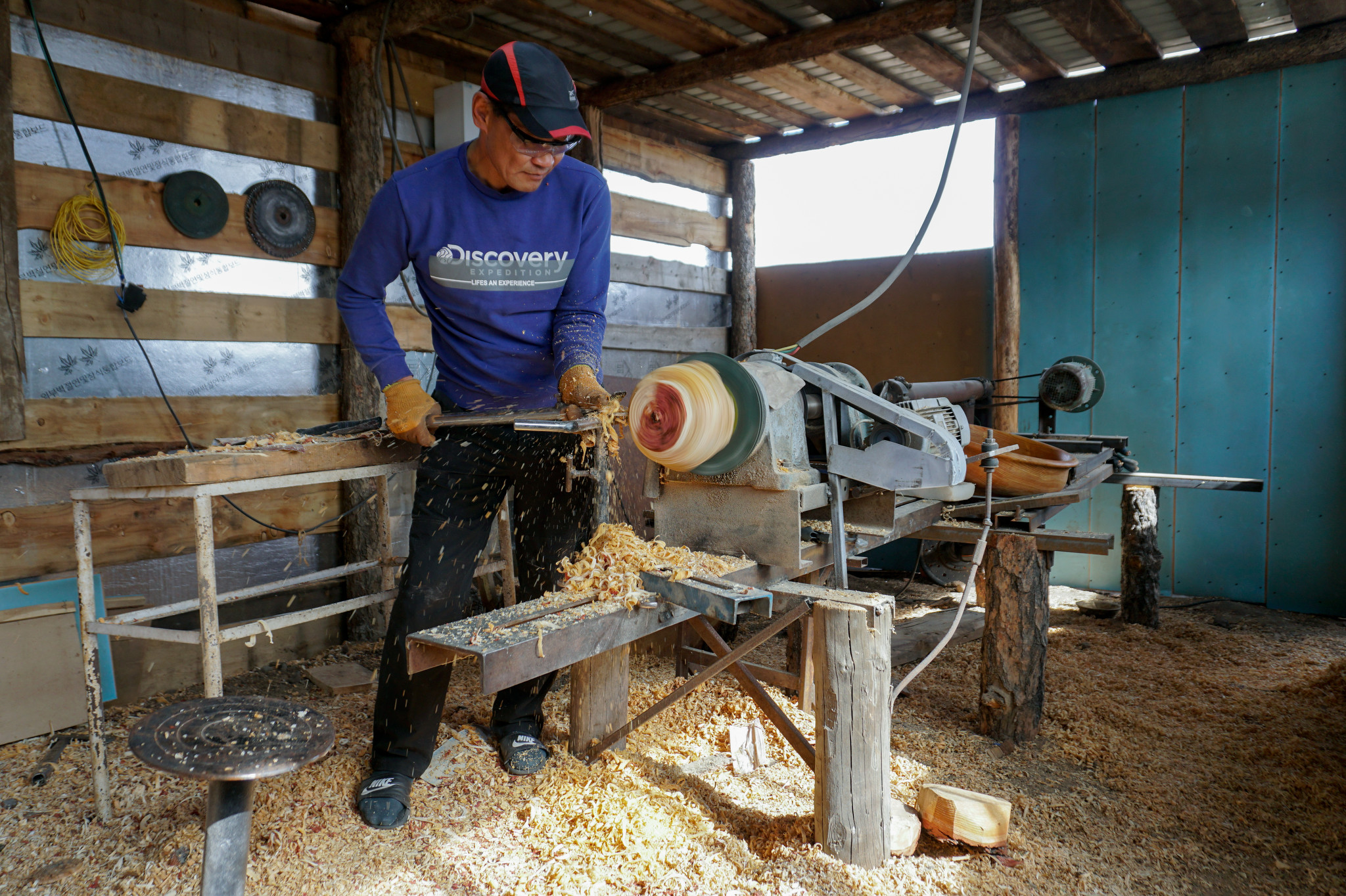 Other hurdles remain. Oyun Adiya, an officer at the Department of Environment and Natural Resource Management at the Ministry of Environment and Tourism, doesn’t think it’s possible to coordinate the country’s waste management infrastructure. Governors in each administrative subdivision develop their own set of rules for how to deal with waste, she says.

The Ministry of Environment and Tourism planned to build a glass recycling plant in Ulaanbaatar before the end of 2021, Ariguun says, but lack of funds stalled the project. But plans are underway to build hazardous waste storage facilities in 10 administrative subdivisions, says Molortsetseg Naimanjin, waste specialist at the National Committee for Environmental Pollution Control, a government agency.

Bujin doesn’t want to wait. She’s secured land for a glass recycling plant, which makes up about 9% of Mongolia’s waste. She says it’s particularly dangerous for the environment because it takes so long to decompose.

She’s stockpiling glass, which she collects through her mobile station and from glass factories. Bujin has yet to approach the government for financial support and says she’d be willing to work with officials if they offered. So far, she has dedicated her own resources to the effort.

“My spiritual assignment,” she says, “is to participate in garbage classification.”