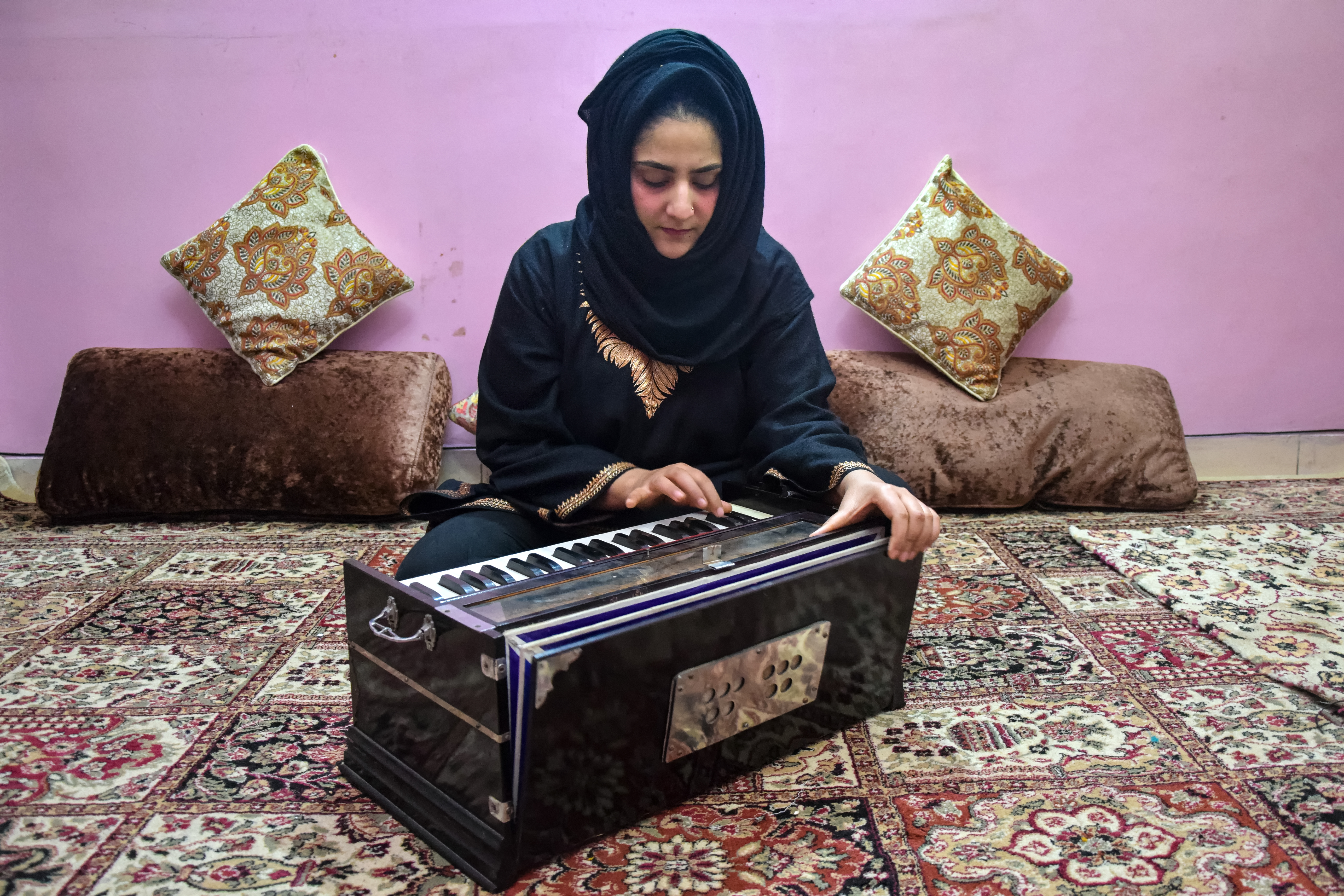 NEW DELHI, INDIA — In 2016, twin sisters and singing duo Uzma Ishtiyaq and Bushra Ishtiyaq made headlines in Indian-administered Kashmir following their performance on India’s famous music competition, Sa Re Ga Ma Pa. The pair made it to the third round of the competition.

Then the death threats started.

That year, the sisters say they received more social media posts and emails loaded with gender-related slurs than they can count.

To escape the threats, they headed south to New Delhi, India’s capital city and the place where the competition was held.

Over there, things started to change. Slowly, interview requests from television stations and newspapers replaced death threats. Now, the sisters are performing in concerts across the city.

It’s a different world from Indian-administered Kashmir, a place with a rich history of female artists but little tolerance for women who push beyond traditional gender roles.

“It’s fine to be a singer in Kashmir, but when a woman sings, that’s a big problem,” Uzma Ishtiyaq says. 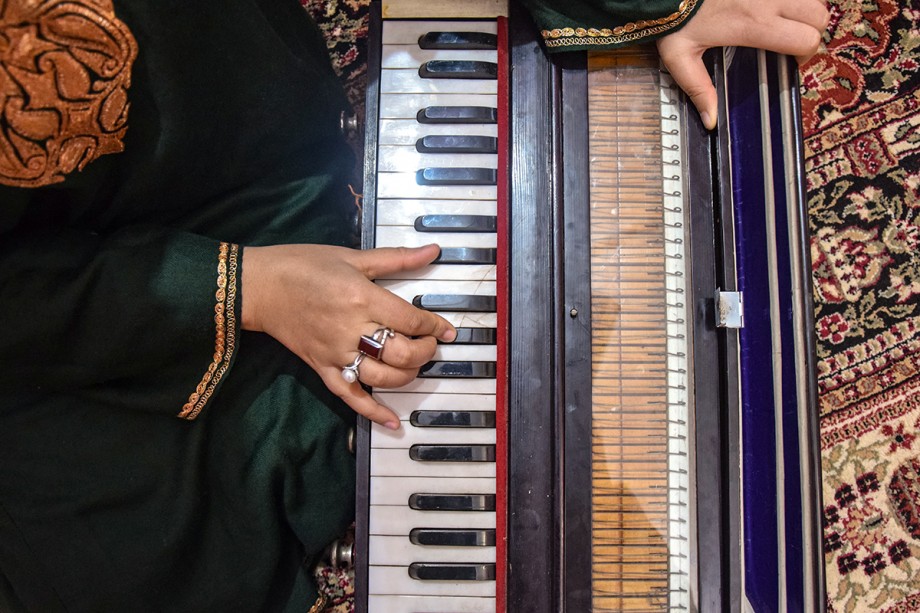 Bushra Ishtiyaq, shown here playing a harmonium, and her sister sing together in the style of the Sufi genre.

Uzma Ishtiyaq and her sister are among a growing number of female singers from or living in Indian-administered Kashmir who grapple with a complex social structure. On one hand, the women fear that they’ll face criticism or worse from their communities.

On the other hand, they yearn for personal fulfillment and a chance at the possibilities that a successful singing career might bring.

Many, like Uzma Ishtiyaq and Bushra Ishtiyaq, say leaving Indian-administered Kashmir for New Delhi or even Mumbai, India’s entertainment capital, is necessary to pursue their dreams. 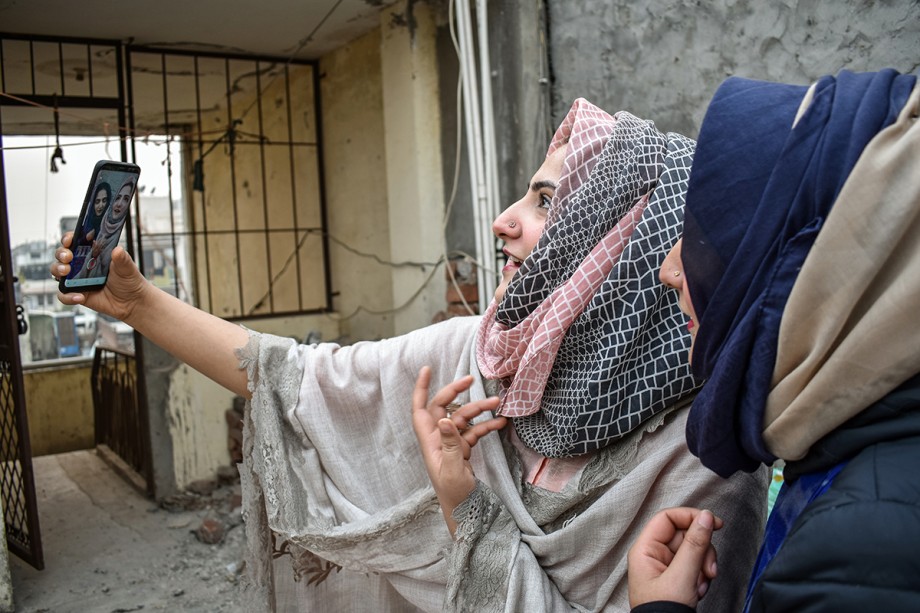 Bushra Ishtiyaq (left) and Uzma Ishtiyaq record themselves for a social media post. They say it’s difficult for women in Indian-administered Kashmir to push beyond traditional gender roles. In New Delhi, they say, they’re free to build their fan base and pursue their musical careers.

The danger that Uzma Ishtiyaq and Bushra Ishtiyaq faced in Srinagar is at odds with Indian-administered Kashmir’s history, which includes many female writers and singers, says Raja Bilal, an independent music producer. That includes mystic poet Lal Ded, who rose to international acclaim during the 14th century, 16th century poet Habba Khatoon, and award-winning singer Raj Begum, he says.

Even so, life is difficult for women who go public with their talent, he adds. Even notable artists in past eras faced pushback.

It’s not unusual for artists and entertainers to be called derogatory names, he says.

Death threats are commonplace too, says Kusum Lata, assistant professor at the Centre for Culture, Media and Governance at Jamia Millia Islamia, a federal university in New Delhi.

Artists – some men, but mostly women – have exiled themselves in the past, she says. 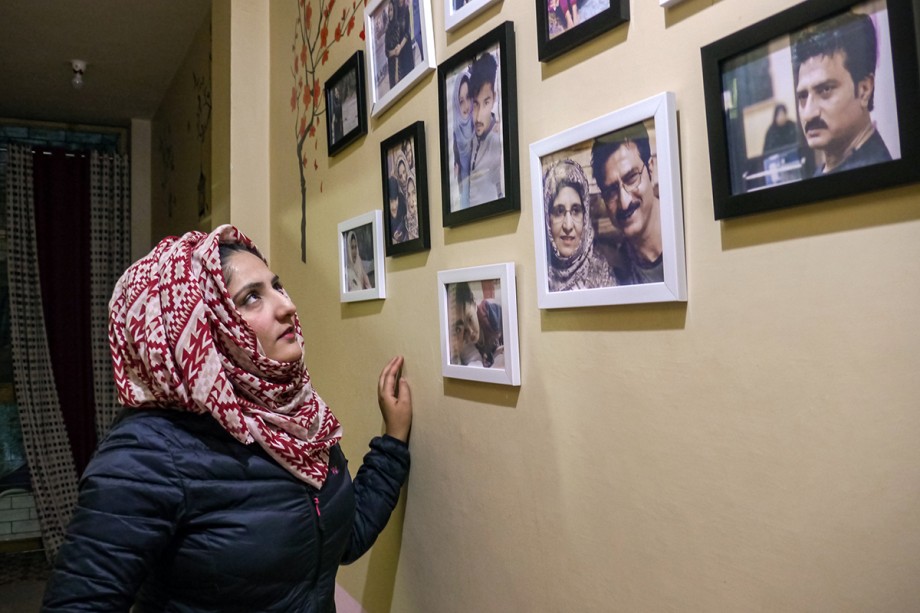 The sisters lined the walls in their New Delhi apartment with pictures of their family members. Bushra Ishtiyaq, pictured here, says their family supports them in their pursuit of music and visits them in New Delhi regularly.

Many female singers say leaving their home region is the only way to stay safe and attain success, says Amit Wanchoo of Space Communications, an event planning company in Srinagar.

Wanchoo says his company has organized about 1,500 events in which female singers were given opportunities since 2005. But giving them a place onstage is just a piece of the support they need.

“They are applauded for their performance and once they exit the stage, the same audience shames them,” Wanchoo says.

Shazia Bashir, a singer, is among the women who chose to remain in Indian-administered Kashmir, despite the challenges she faces there.

Moving away and starting life in a new city can be difficult, especially if a singer doesn’t have a strong support system, Bashir says.

And she has another reason for staying. She says she’s compelled to respect her homeland.

“I think I am singer only because of the Kashmiri music,” she says. “I don’t think that moving to another place would do any justice to my work.”

Uzma Ishtiyaq and Bushra Ishtiyaq say they, too, have love for their homeland.

“We always miss our home, but we don’t feel safe going there,” Uzma Ishtiyaq says. Continuing to compose traditional music is how the sisters pay homage from afar.

Editor’s note: Aliya Bashir and Shazia Bashir are not related.