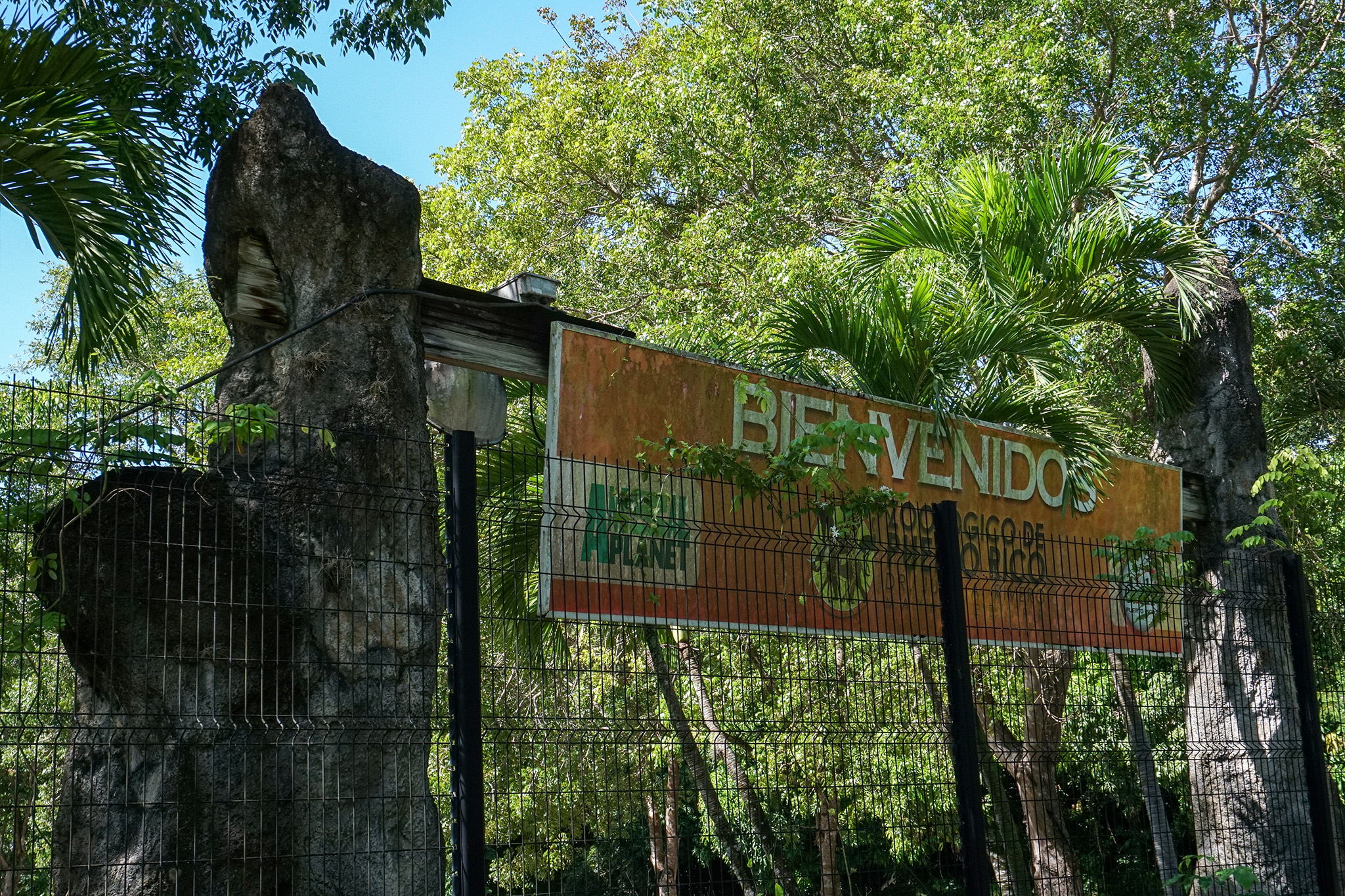 Once Puerto Rico’s only zoo, it was known as one of the Caribbean’s best. But no more.

The zoo closed in 2017 and has not reopened. Now organizations are fighting over its future. One group wants to create a trust to keep it alive. Alleging animal cruelty, others want it permanently shut down. They all await the Puerto Rican government’s decision.

This is the story of a proud institution’s decline and the battle over who controls the fate of up to 600 animals in a zoo that has no license, no visitors and no full-time veterinarian.

It is also a story of the ongoing ripple effects of a series of natural disasters that have rattled and ravaged Puerto Rico, a picturesque region of 3.2 million people. 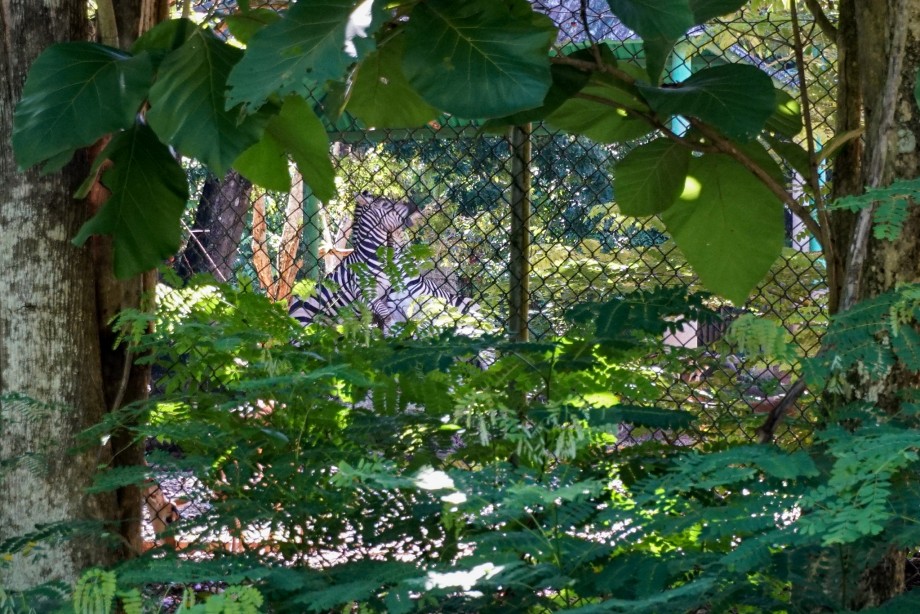 Zebras can be seen from just outside the front entrance of the Zoológico Dr. Juan A. Rivero. The U.S. Department of Agriculture reported in 2017 that some animals appeared unhealthy and that areas of the facility were dilapidated. Some activists would like to see the wildlife moved to sanctuaries.

Opened in 1954, the zoo sits on about 86 forested acres in the town of Mayagüez in western Puerto Rico. About 340 species of animals made it their home. It eventually featured everything from an aviary to arthropods.

Over the decades, its quality declined. By the early 2010s, unhappy visitors complained about dirty bathrooms; small, unkempt cages; undernourished animals; an ostrich missing its feathers; and lions with open wounds.

“There were times when people would come to protest,” says Oscar Vázquez, a biologist who worked at the zoo for 33 years. He retired in 2017, before it closed.

In 2017, a report from the United States Department of Agriculture confirmed the concerns of visitors and protesters. Among many criticisms, the document said the zoo’s fencing was inadequate; it was storing expired medication for its animals; and observers had spotted evidence of rodents.

Then, in September of that year, hurricanes Irma and Maria roared through Puerto Rico. In particular, Hurricane Maria’s 155-mile-per-hour winds and rains pummeled the zoo. The storm battered the protective fencing, toppled trees, uprooted asphalt and cement, and wrecked the fiber-optic network, security cameras, air conditioners, power poles and more.

The zoo shut down.

“More than $4 million are needed to rehabilitate the zoo and reopen it to the public,” says Rafael Machargo, secretary of Puerto Rico’s Department of Natural and Environmental Resources, the agency responsible for the zoo.

Things got worse. After the zoo closed, the Animal Legal Defense Fund, a nonprofit that fights animal cruelty, alleged that the zoo held some of its wildlife in “unsanitary and dangerous conditions” and that under Puerto Rican law, the facility had not provided “minimum care” for them.

The group offered to rescue and transfer the animals.

More than $4 million are needed to rehabilitate the zoo and reopen it to the public.Rafael Machargo, secretary of Puerto Rico’s Department of Natural and Environmental Resources

Another organization, Vínculo Animal PR (Animal Connection PR), is also pushing for the zoo’s permanent closure. It wants the animals sent to sanctuaries and the zoo transformed into a botanical garden.

Sahir Pujols, a university professor and spokesperson for Vínculo Animal PR, says the government has not responded to this suggestion.

She is now using legal means to try to force the government to act. The group wants to know the state of the animals and seeks details about the zoo’s operations since its closing.

Gerardo Hernández, assistant secretary of national parks in the Department of Natural and Environmental Resources, denies that the zoo has neglected its animals.

“We have never mistreated any animal in the zoo,” he says. To the contrary, “the care of the animals has always been the priority.”

He says a staff of 25 remains at the facility and adds: “So far all [the animals] are being maintained. We have had the assistance of biologists who constantly give each of them the care they deserve and maintain a good diet for each of the animals.”

Samuel González, director of the Mayagüez Office of Planning and Development, says the government has moved too slowly to access federal funds to repair the zoo.

He also notes that the city of Mayagüez has pressed for the creation of a trust comprising the Mayagüez campus of the University of Puerto Rico, the Department of Natural and Environmental Resources, individual citizens and an elected representative. The government has not endorsed this proposal either.

Machargo says his agency has filed federal claims related to hurricanes Irma and Maria, and a series of earthquakes this year that have caused billions of dollars in damage and displaced thousands. But, he says, the agency has yet to receive any money.

We have never mistreated any animal in the zoo.Gerardo Hernández, assistant secretary of national parks in the Department of Natural and Environmental Resources

“I am moving heaven and earth to get it done,” he says.

Machargo says he is not aware of the proposals from the various groups because he moved into his role in March and is still catching up. He is preparing a report for Puerto Rico’s legislature that will outline the conditions of the zoo and make a case for finding the funds to reopen it.

Meanwhile, others have stepped up to help. Donations have funded the hiring of a private veterinarian to treat the animals’ emergency medical needs.

In addition, a group of volunteers has formed the Fundación Salvemos El Zoológico (Save the Zoo Foundation). Spokesperson Lynette Matos says they bring cleaning materials, food and other necessities to the zoo. They are also pursuing more money for the zoo and the hiring of a full-time veterinarian.

Since the end of June, the Department of Natural and Environmental Resources and volunteers from the Save the Zoo Foundation have worked together on cleanup and maintenance projects at the zoo. The volunteers have also engaged pre-veterinary students from the University of Puerto Rico at Mayagüez.

Vázquez, who would like the zoo to reopen, says its best hope is to collaborate with a university on educational projects.

However, he says, “we are encountering many obstacles to developing things like that, and the little that we were able to develop was a fight because a lot of people in the government agencies don’t care.”

Reopening holds other challenges, Matos says. She points out that the zoo hasn’t restocked its animals in more than a decade.

“Our animals are old, and therefore they are going to die,” she says. “They have not brought new animals, so what is going to happen to the park? We have to bring new animals, too.”