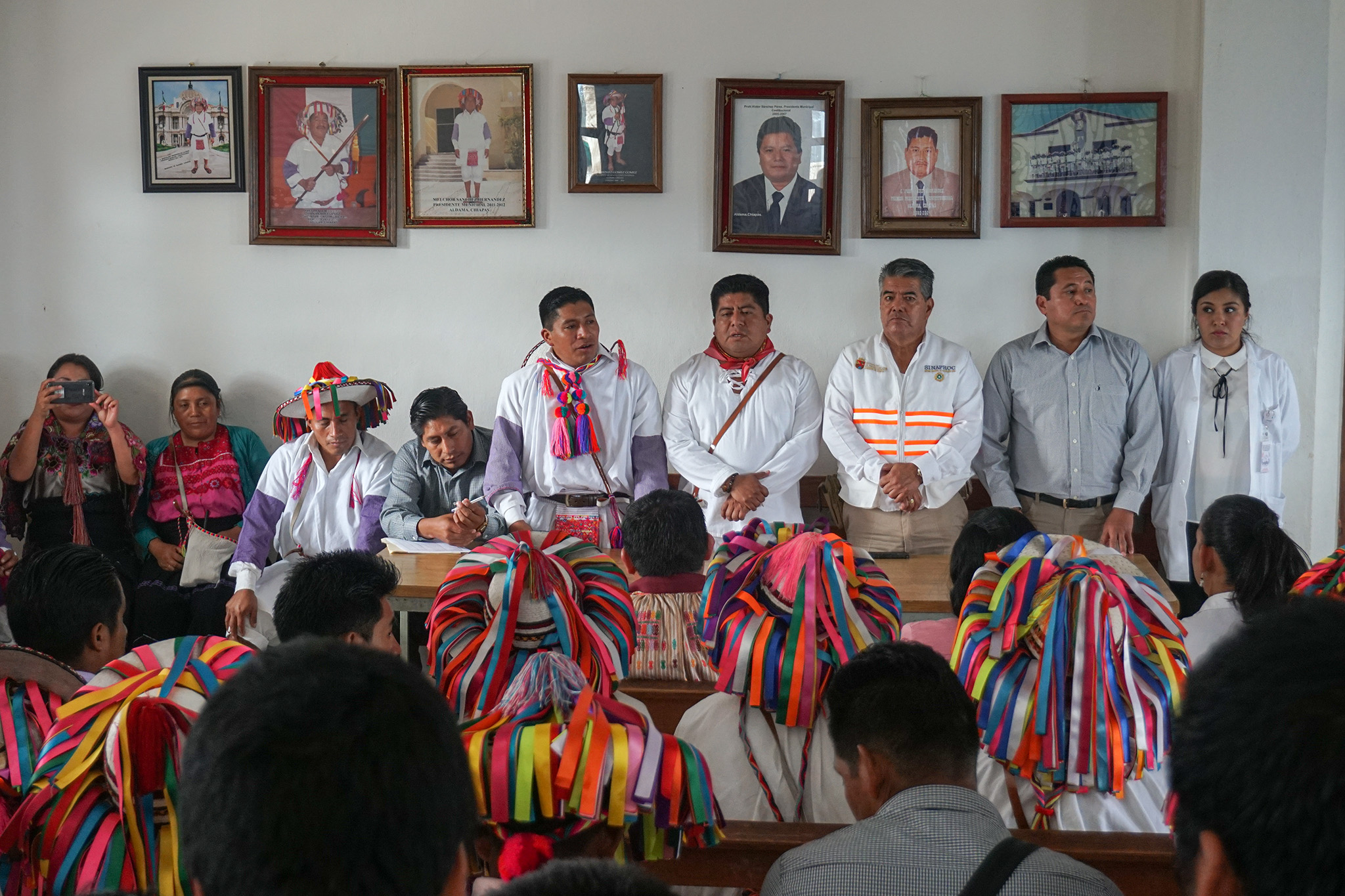 ALDAMA MUNICIPALITY, MEXICO — A woman was elected to be the municipal president of this complicated and conflict-prone area in 2018.

But it’s a man who governs this part of the Mexican state of Chiapas.

Despite Verónica Ruiz Pérez’s successful election, Adolfo López Gómez is recognized by the community as the “real” president.

This is a common phenomenon in the municipalities of Chiapas, thanks to two laws that are seemingly at odds with one other — a Mexican constitutional law that mandates gender parity and another that mandates indigenous self-determination.

Ruiz Pérez says she never wanted to become president; it was her husband who sought that role. Ignacio Pérez Girón, her husband, was killed in May 2019. He was previously elected to the presidency in what’s called a “show-of-hands” referendum — a meeting of the assembly where votes are counted by a show of hands.

That informal process has elected the municipality’s president for decades. 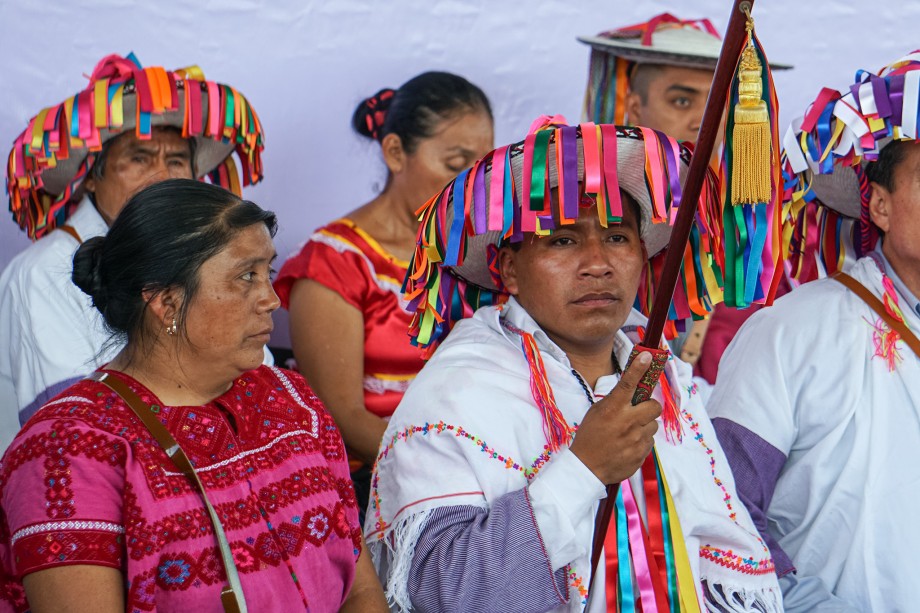 Verónica Ruiz Pérez, figurehead president of Aldama, and Adolfo López Gómez, municipal president in accordance with customary law, at an event to celebrate the International Day of Indigenous Peoples in Aldama, Chiapas, Mexico.

Since 2001, the Mexican constitution has provided indigenous groups the right to self-determination. In municipalities like Aldama, local people can decide “their spe-cific forms of social organization; [and] implement their own regulatory systems in the regulation and resolution of internal conflicts.”

Traditionally, that has meant a system of leadership effectively closed to women.

Then in 2014, a gender parity principle was added to the Mexican constitution, re-quiring all elections to have a female candidate; the law went into effect with the 2015 elections.

A new local custom emerged: choosing a man by show-of-hands referendum, then electing a woman as his figurehead.

“The female candidates always have a relative on the council — husbands, brothers, fathers, brothers-in-law,” says Aracely Burguete Cal y Mayor, a researcher and member of Chiapas Network for Effective Parity, known by its Spanish acronym, REPARE.

“There are many fake positions,” she says.

That’s what happened with Ruiz Pérez, who was put forward as a candidate for mu-nicipal president of Aldama solely because she was Pérez Girón’s wife and his party needed a woman on the ballot. In 2018, before her husband was murdered, she won the election and appointed her husband a “trustee” with the understanding that she’d implement whatever he proposed.

The role of the municipal president is similar to a town mayor who convenes town meetings, consults with local residents on their needs, ratifies and implements local policy decisions and represents the municipality at important events. The president also directs the municipal police force.

When her husband was murdered, Ruiz Pérez continued as municipal president in title, but named a new man to run local affairs.

“Verónica [Ruiz Pérez] arrives without having run and with no political ambition. She simply does it to support her partner,” he says.

After her husband died, Ruiz Pérez says she decided to continue the role, despite fears for her safety.

Life in Aldama often is marked by the kind of violence that cost her husband his life. Pérez Girón was murdered in the context of a territorial conflict over 60 hectares of land between the municipalities of Aldama and Chenalhó. According to authorities, Pérez Girón was kidnapped for money and later killed by four people who have since been arrested.

“Yes, I came to think about leaving the job. My husband died — surely, they’ll also kill me. That’s what I thought. Then I thought, I have to keep at it. I’ll do everything I can when it comes to the job,” Ruiz Pérez says.

Before becoming the figurehead president of Aldama, Ruiz Pérez worked making traditional artisanal handicrafts. She has three sons and three daughters. She says she doesn’t mind the current arrangement with López Gómez; in fact, she relies on him.

“I can’t do it alone because I’m a woman,” she says. “He supports me. We work together and support each other during meetings.”

At the end of her term in 2021, Ruiz Pérez says she does not plan to continue in poli-tics and will go back to her work as an artisan.