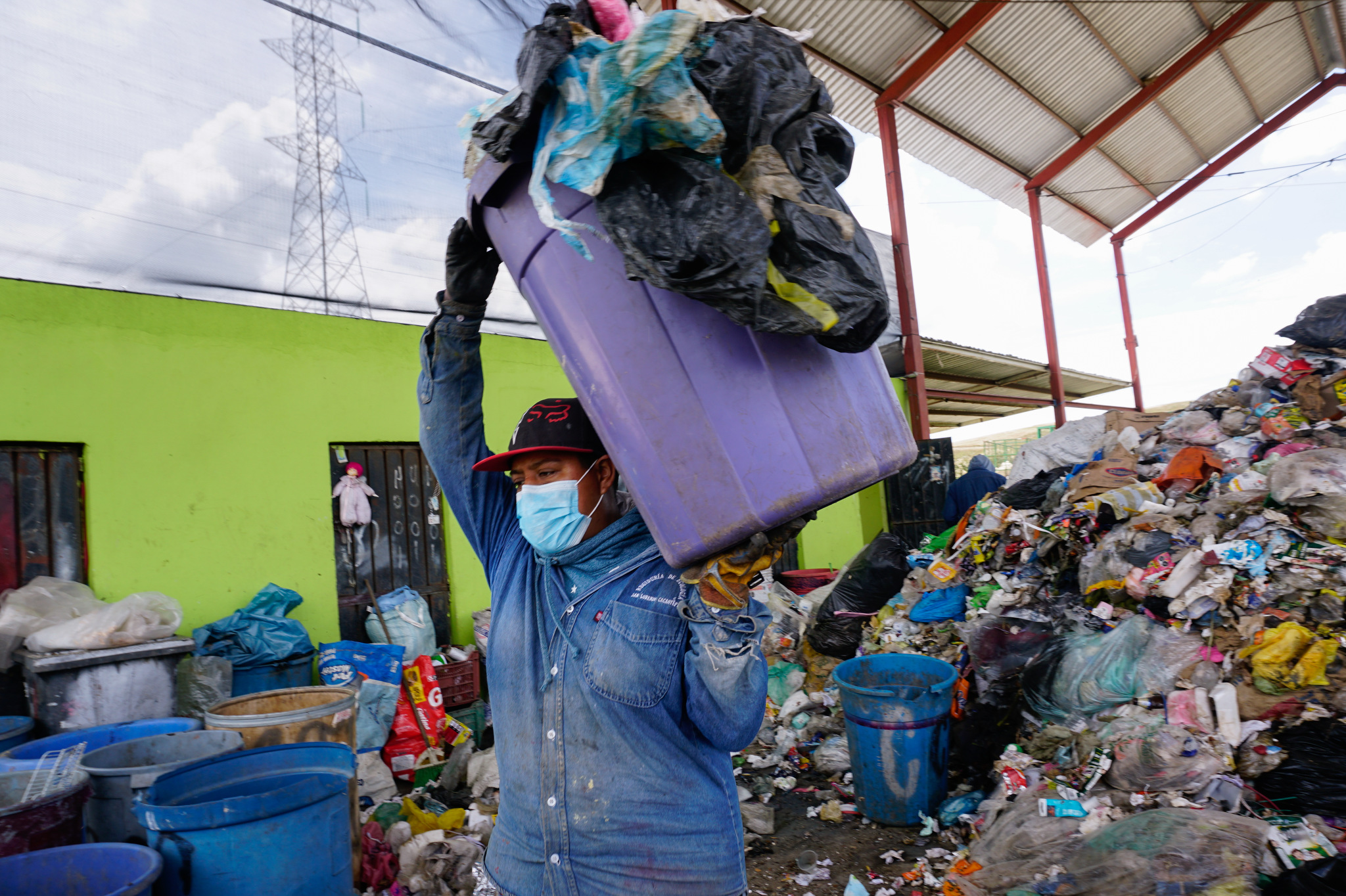 SAN LORENZO CACAOTEPEC, MEXICO — Marisol Mendoza leaves home on her motorcycle at 5:45 a.m. She rides down a brush-lined dirt road and over a creek to the landfill, where she has worked for four years.

There are thousands of pepenadores, or waste pickers, who make a living by sorting and selling waste from Mexico’s open-air landfills. Mendoza is not one of them. She has a monthly salary, a fixed schedule, health care, paid holidays, regular breaks and access to protective gear. San Lorenzo Cacaotepec, a town of about 13,000 people in the southern state of Oaxaca, formally employs Mendoza and 16 others at the local landfill, where they are called recyclers, not waste pickers.

San Lorenzo Cacaotepec, which formalized this work in 2016, is likely the only municipality in Mexico to have done so. But others may soon follow suit. In 2021, Oaxaca state authorities developed a program to encourage other municipalities to emulate the successful system. “We want to show other municipalities that it’s possible, that a community with few federal resources … managed to generate employment and an interesting economic activity,” says Helena Iturribarría, the state’s minister of Environment, Energy and Sustainable Development.

The recyclables Mendoza and her colleagues collect at the landfill generate between 11,000 and 13,000 Mexican pesos ($543 and $643) per month for San Lorenzo Cacaotepec. The recyclers’ work has also prolonged the lifespan of the landfill. The space was expected to reach capacity in 2016, seven years after it was built. While it will need to expand soon, the landfill remains functional six years later.

“If they didn’t separate the trash, there would be no earnings for the municipality,” says Perla Procopio, a biologist at the Health and Ecology Council of San Lorenzo. “Without them, we would be drowning in trash.” 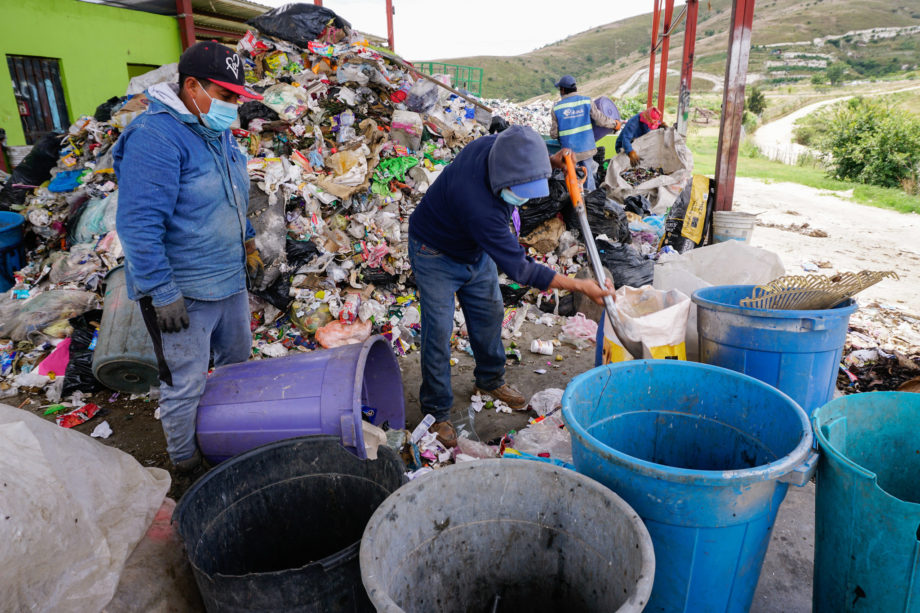 Marisol Mendoza, left, and Fidel Galván gather unrecyclable waste to take to the final disposal cell. Both employees are part of a landmark initiative to formalize waste sorting at the landfill in San Lorenzo Cacaotepec.

Landfill improvements have ensured Mendoza and her colleagues’ safety. “Before I started working here, the landfill had no roof,” she says. “Now, the area where we sort waste has a roof … which really helps us.”

Her colleague, Salvador Martínez, who has worked in the landfill for a year and a half, agrees: “Our work is dangerous, but with the security gear we use, I feel much safer.” Operations chief Pedro Díaz, who started as a recycler, says the fixed schedule, from 6 a.m. to 2 p.m., gives him “enough time to take care of the trees in my house and be with my family.”

The initiative in San Lorenzo Cacaotepec was conceived by Sikanda, an award-winning Oaxacan nonprofit that develops social inclusion projects for waste pickers. Founded in 2009, Sikanda has trained more than 200 such workers in recycling and composting techniques, and helped build recycling centers. It donated a plastic shredder and transportation vehicles to San Lorenzo Cacaotepec, where it has also set up a community garden, a henhouse and an organic bin to prevent river, subsoil and atmospheric pollution.

“We want their work to be recognized, for them to receive salaries with fixed schedules and social security, and for their specific needs to be directly addressed,” says Sikanda founder José Carlos León.

Most of Mexico’s 2,471 municipalities don’t include garbage separation in their waste management strategy. Landfills are usually out in the open, and recycling is informal. “In these [places], a market develops around waste,” says Johannes Cabannes, a professor at the National Autonomous University of Mexico and the Ibero-American University who specializes in municipal politics. “There are people who live physically at the landfill, living on whatever they can process. They collect the trash that they know they can sell to intermediaries or companies that recycle certain materials, and then live marginally off of those sales.” 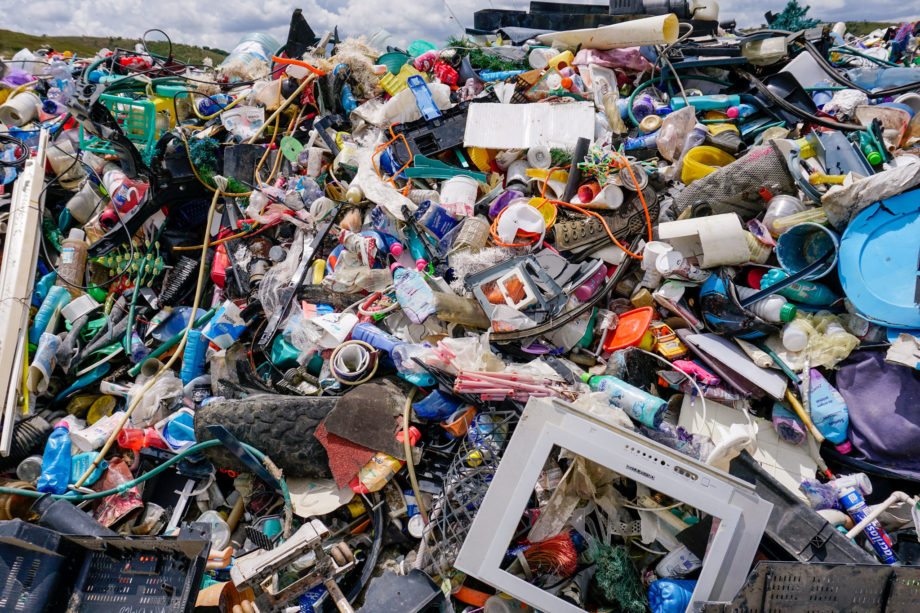 There is no official data on the number of waste pickers in Mexico, or how much money their activities generate. In a 2007 study commissioned by the International Finance Corporation, a World Bank sister organization, researcher Martin Medina estimated the number of waste pickers in Mexico at around 100,000, with 25% of them minors. A 2020 report by Mexico’s Secretariat of Environment and Natural Resources says there are waste pickers at all of Mexico’s final disposal sites. “They’re not recognized for it, and they’re not compensated in the form of salaries or rights for the labor they provide,” León says.

Municipalities change administrations every three years, which complicates efforts to emulate San Lorenzo Cacaotepec’s program. “There is no point in injecting resources if a project will be extinguished when the next government takes office,” Cabannes says. León adds that Sikanda has to negotiate their project objectives with each new administration. “When we encounter an apathetic administration,” he says, “the project stops working as it should.”

Even so, Díaz and Martínez say their work at the landfill has taught them the importance of recycling, starting in their own homes. “This job is a way for me to do my part to care for the environment,” Mendoza says. “It’s a way to earn an income as well as socialize with colleagues.”

Ena Aguilar Peláez is a Global Press Journal reporter based in the state of Oaxaca, Mexico.