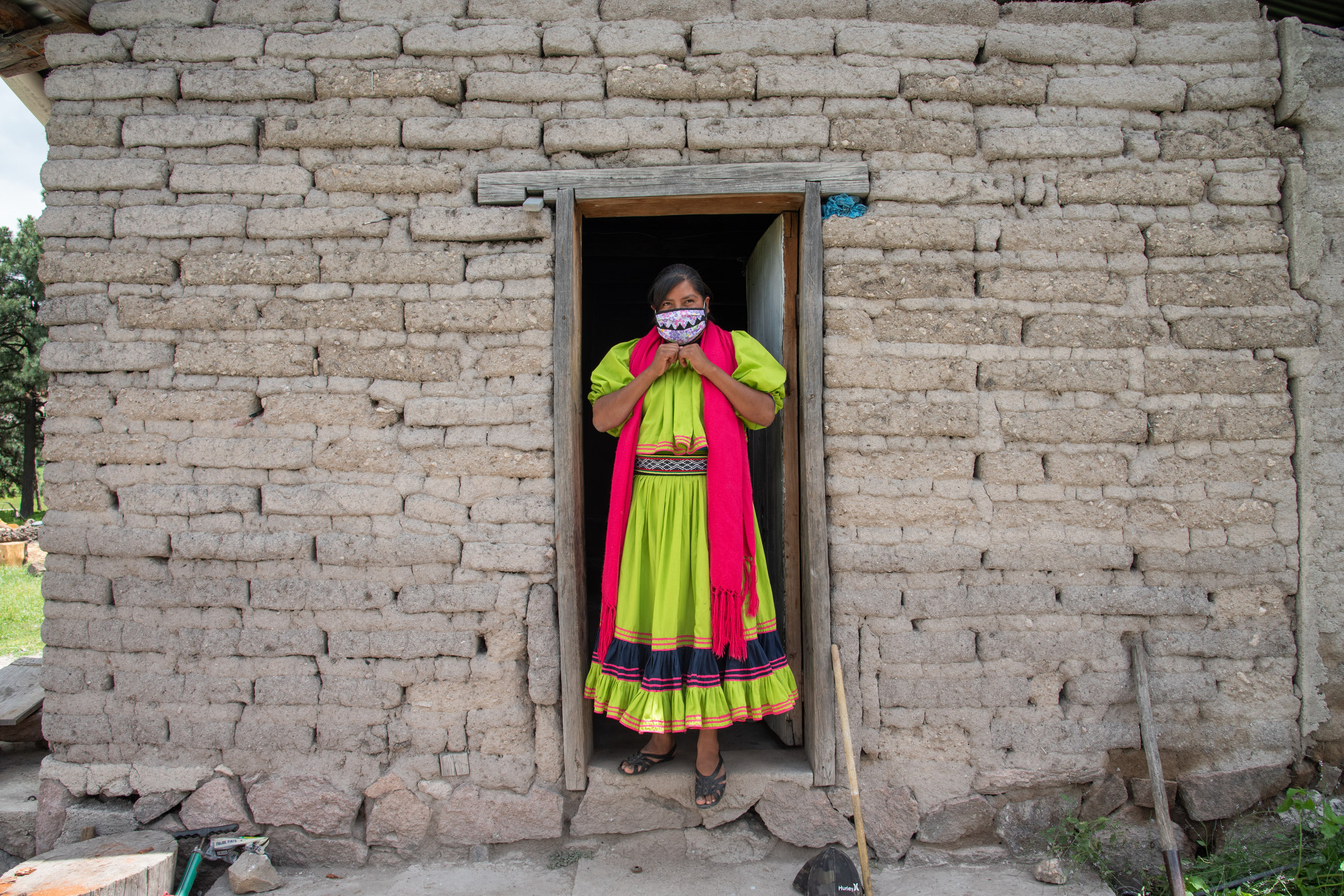 But ever since the severe drought of 2011, the rains have not recovered long enough to provide enough water for the 24-year-old’s crops, livestock and household. In 2020, the ongoing crisis prompted the National Water Commission to declare a natural disaster for the state of Chihuahua, including the Sierra Tarahumara.

“Our watering holes have dried up,” Viniegra says softly.

At first, Rarámuri families adapted by trekking four hours to and from Lake Arareco several times a week, pushing handcarts with plastic barrels and 2-liter soft drink bottles to fill with water. Ten years later, they have adopted more sustainable economic and environmental strategies — including tourism, the barter system, water tanks and reforestation projects — to survive the escalating threat of climate change.

If successful, their efforts can serve as a model for Mexico’s other indigenous communities, which make up one-fifth of the population, according to the 2020 census. These communities are disproportionately vulnerable to the effects of climate change due to their reliance on subsistence agriculture and high concentrations in drought-prone regions, says Georgina Gaona, coordinator of ethnic groups and indigenous peoples at the State Electoral Institute. 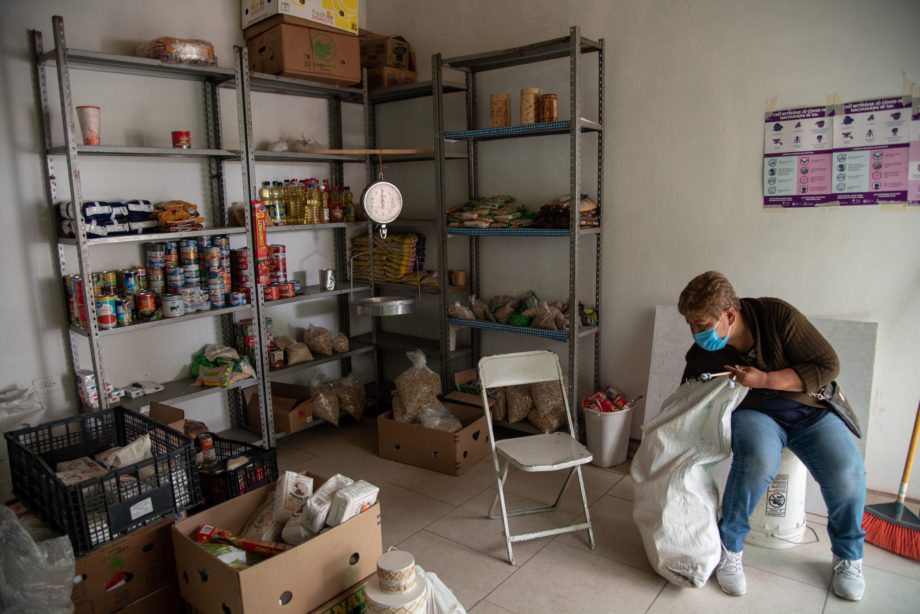 At the bartering center’s pantry, Aurora Chávez Batista fills a sack with food she has earned in exchange for her handicrafts.

Indigenous communities like the Rarámuri lack the political influence and funding needed for major irrigation projects, such as dams, that could potentially improve crop yields, Gaona adds. Drilling one well costs about 2 million Mexican pesos (about $100,000) and requires a five- to 10-year approval process.

Severe declines in food production are causing chronic malnutrition and greater risk of disease across the Sierra Tarahumara, warns Víctor Quintana, Chihuahua’s former minister of Social Development. In response, Luis Octavio Hijar, operational director of the State Commission for Indigenous Peoples, says the government has been training more than 5,600 local farmers to use more drought-tolerant techniques and grow other types of vegetables and herbs.

“What we want is that they continue to preserve the custom and the right to what they like to eat, so that they can continue to feed themselves as they wish,” he says. “We bring seeds of lettuce, chard, spinach and green things, to help them have more food.” 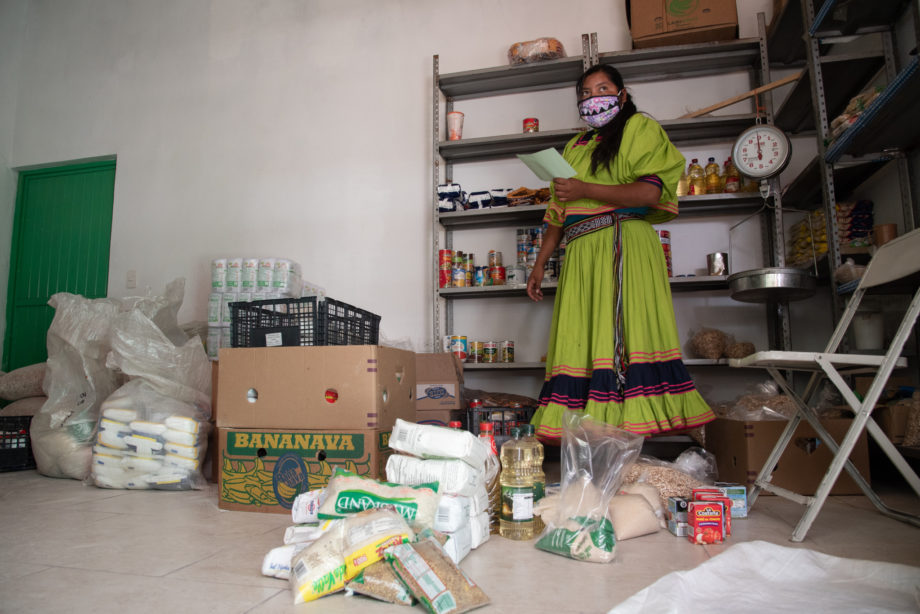 On Sundays, Agripina Viniegra helps a shopkeeper collect food to give to the indigenous artisans who come to the bartering center.

But Aurora Chávez Batista, 55, a Rarámuri woman, says she gave up on farming several years ago. While her 23-year-old son still tries to grow corn and beans, she and her sisters weave baskets and bracelets and fasten goat skins to wooden drum frames.

Once a month, they pay a taxi to drive them 40 minutes to sell their wares in Creel, a town with craft shops that attract visitors from the United States, Canada, Europe and other parts of Mexico.

When tourism dried up last year due to the coronavirus pandemic, the artisans pivoted to the barter system. Once a month or more, they exchange their crafts for food at a trading post run by the Center for Alternative Indigenous Development, a nonprofit organization that has worked in the Sierra Tarahumara for close to 20 years.

“I am very grateful for the barter because it gives us a lot of relief,” Chávez Batista says. “In the stores they give almost nothing, and here it is food.” 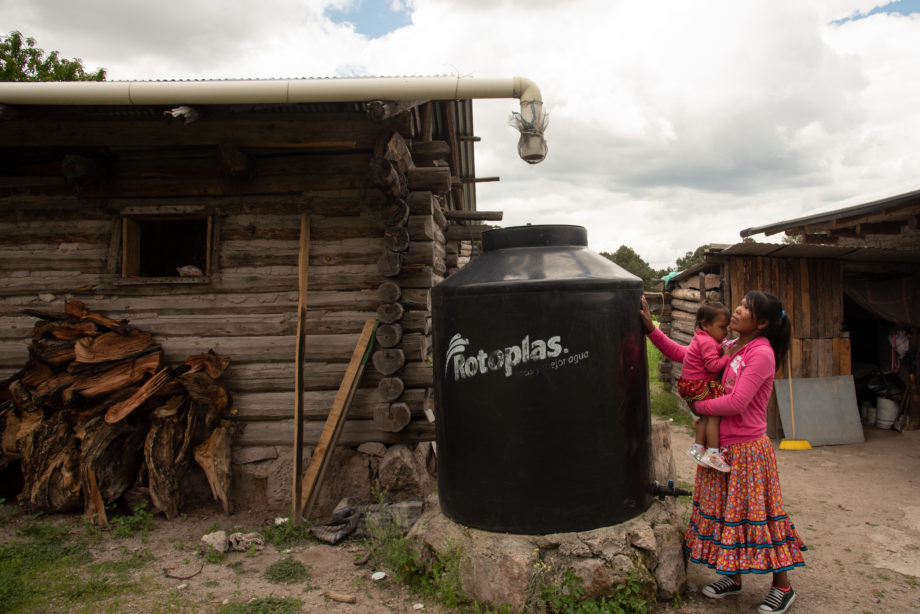 When the rains come, Estela Batista’s new tanks can store up to three months of water supply for her family.

Viniegra agrees. “Bartering is what is working for us,” she says. “If it didn’t exist, we wouldn’t have anywhere to get food.”

Over the past decade, Viniegra has watched the number of Rarámuri craft vendors grow from about 80 to 200. During that same period, she has learned to make her merchandise even more colorful and distinctive, evolving from threaded jewelry to elaborately embroidered blankets and clothing.

The pine wood and sotol leaves harvested as raw material for traditional crafts has led to more deforestation, however, which compounds the harsh effects of the dry seasons. 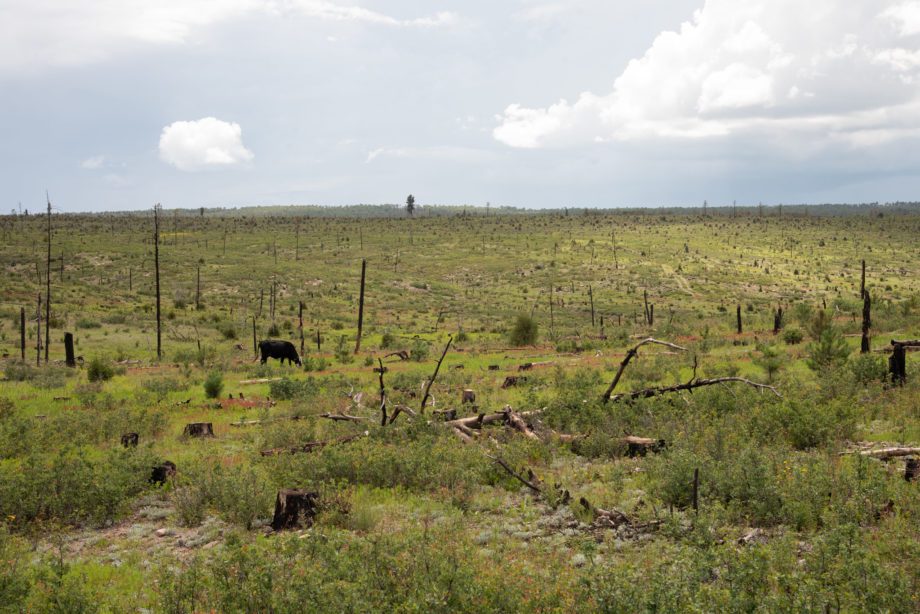 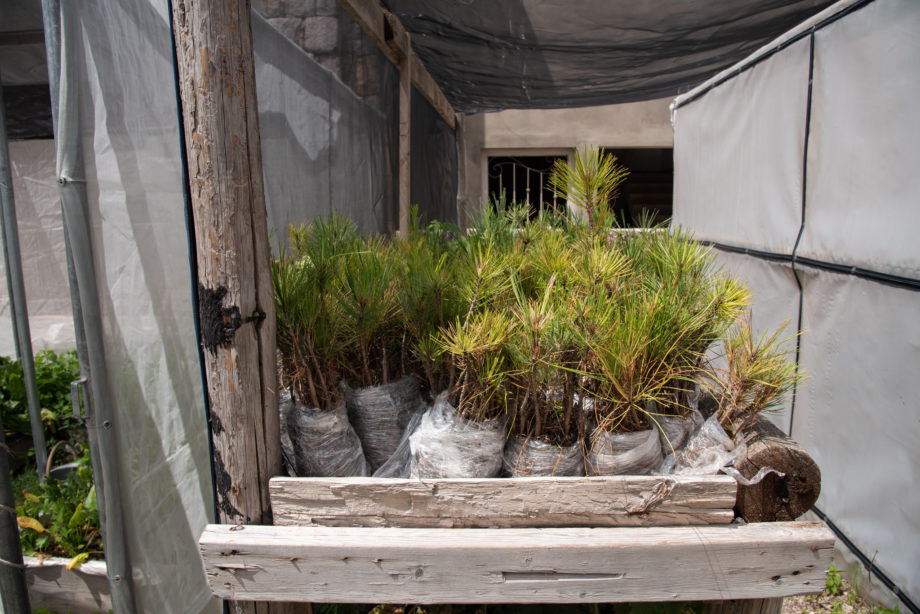 Young pine trees are cared for at the bartering center until they grow large enough to be planted by community volunteers.

With help from the indigenous development center, Estela Batista, 22, has secured three large metal tanks to her adobe roof. Each one can hold a month’s supply of water, although it takes at least four days of rainfall to fill them to capacity.

In return, she has joined the organization’s reforestation project, teaching indigenous people how to collect, treat and plant pine and sotol seeds.

“We reforest because there are no pine trees, because of the fires, because it doesn’t rain and because people cut them down,” she says.

Their efforts require optimism and patience — of the 300 trees they cultivated and transplanted last year, only seven survived — but the Rarámuri consider it just one more necessary adaptation to protect their community’s future.

“If we want to continue bartering, we have to plant and plant,” Viniegra says. “If not, eventually there will be no handicrafts for us to exchange for food.”