A note about this series: Global Press Journal reporters around the world examined their communities’ approaches to reproductive health, including values and priorities and how international policies impact them. Read the other stories in this series here.

SAN CRISTÓBAL DE LAS CASAS, MEXICO — Already a mother and just a few weeks pregnant again, Cinthia N. knew she wanted to get an abortion. She was in a relationship with a violent man, she says, and didn’t want to bring another child into that situation.

But abortion is largely illegal in Chiapas, Mexico’s southernmost state. Pregnant women who decide to undergo abortions, as well as those assisting, risk imprisonment.

So Cinthia, 26, who asked not to use her full name due to fears about the stigma associated with abortions, turned to a woman who could help.

She sought out Karla Escobar, an abortion companion who dedicates much of her spare time to women who want to end their pregnancies. Escobar operates independently, but she’s part of a network that helps others find ways around Chiapas’ abortion laws. The group offers quiet alternatives in a society that makes few allowances for such decisions.

“When I mentor a new companion, I’m giving other women access to information, and that’s a very powerful thing,” Escobar says. “Health is a human right.”

Escobar told Cinthia how she could use medication that would cause an abortion. That medicine is available in Mexico for use in treating other conditions, including hyperglycemia and gastric ulcers.

Cinthia ended her pregnancy at home using the pills, while Escobar offered her support over the phone. Cinthia says she has no regrets.

“It was the right thing,” she says.

Abortion is highly restricted in Mexico. It’s only legal in all of the country’s 31 states in one case: if a woman becomes pregnant as a result of rape. In Chiapas, officials make exceptions when a pregnancy poses a fatal danger to the mother’s health or if there are congenital defects in the fetus.

Mexico City broadly legalized abortion up to the 12th week of pregnancy in 2007, and the state of Oaxaca followed suit in 2019. But 19 states, including Chiapas, have reformed their constitutions to assert that life begins at conception. Aborting a pregnancy or helping a woman have an abortion is, in some cases, punishable with prison time. 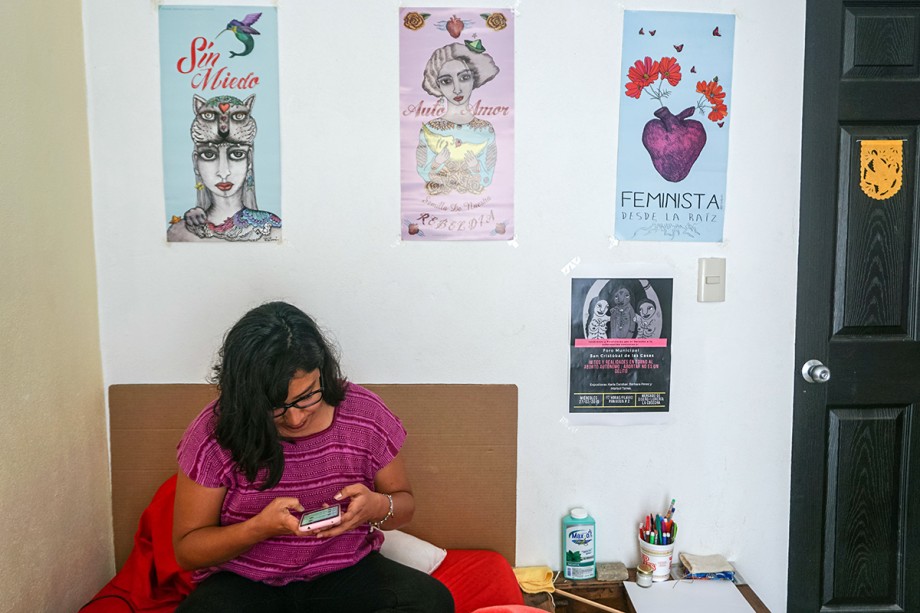 Karla Escobar speaks on the phone with another woman as part of her duties as an independent abortion companion in Chiapas, Mexico’s southernmost state. She provides information on the medicines that can be used to terminate a pregnancy, along with other support services.

He recognizes women who seek abortions rely on others to help them. That doesn’t mean it’s legal, he says. Those women are still liable for prosecution.

Escobar argues her work is nothing new. Women have always had abortions, regardless of the law, she says.

“They did it with massages, with herbs,” she says. “It’s part of ancestral medical knowledge.”

A state might criminalize abortion, she says, but women will always provide information to each other about how to end a pregnancy.

Volunteers at the hotline explain how to have an abortion at home using medication. They also provide counseling and moral support, and do follow-up consultations by phone. They recommend local health centers for women who have complications.

Michelle Domínguez, a volunteer at the service, says the network was inspired by similar programs in Argentina, Chile, Ecuador, Peru, Bolivia and Colombia.

“It seemed important to us in Chiapas, [where] there is no direct line of care,” Domínguez says. “There are collectives of larger organizations that give you information on WhatsApp, but we thought that they can have an impersonal character and that women would want someone who talks to them. They feel much more comfortable.”

The hotline skirts the law by appealing to Mexico’s constitutional right to information. Article 6 of the Mexican Constitution establishes that every person has the right to freely access information through any medium.

This “allows us to give information that the state should provide to women and that it does not,” Domínguez says. 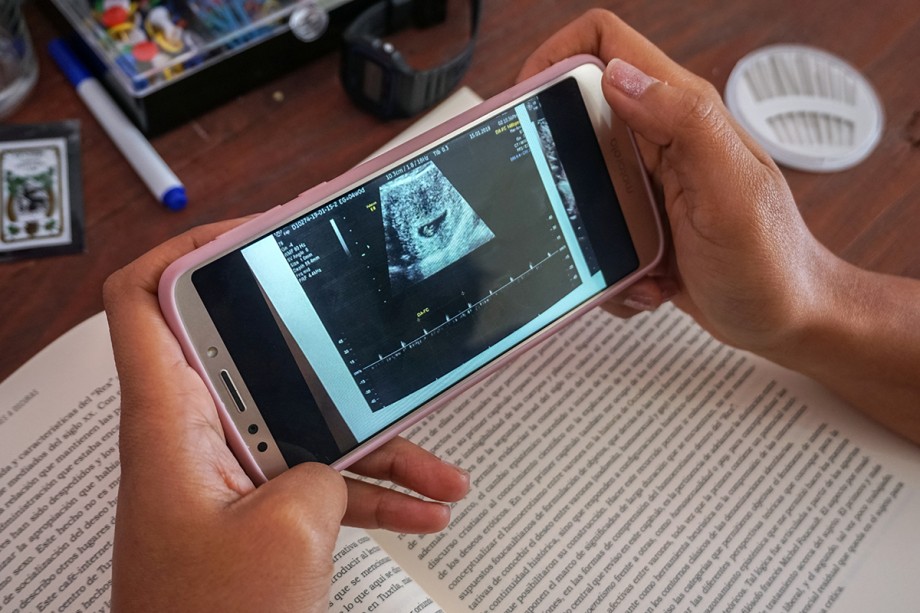 Karla Escobar reviews the picture of an ultrasound sent to her by a pregnant woman who is considering an abortion.

Such efforts are widespread throughout the country. A group of women known as Acompañantes en Aborto Autónomo (Companions in Autonomous Abortions) occasionally hold meetings in places such as San Cristóbal de Las Casas, a town of red-tiled roofs and cobblestone streets in the region’s central highlands. Last year, about 50 women from around the country attended and shared information about their experiences.

Women who want abortions say those networks are invaluable.

Denise S. says she was five weeks along in her pregnancy when she sought an abortion. She asked not to use her full name out of concerns about the stigma surrounding her decision.

Denise called Escobar, who reviewed some options and then referred her to an organization that could help. Ultimately, Denise ended her pregnancy at a health clinic that secretly provides abortions. She says Escobar was on the phone with her through the whole process.

This story, originally published on May 1, 2019, has been updated.