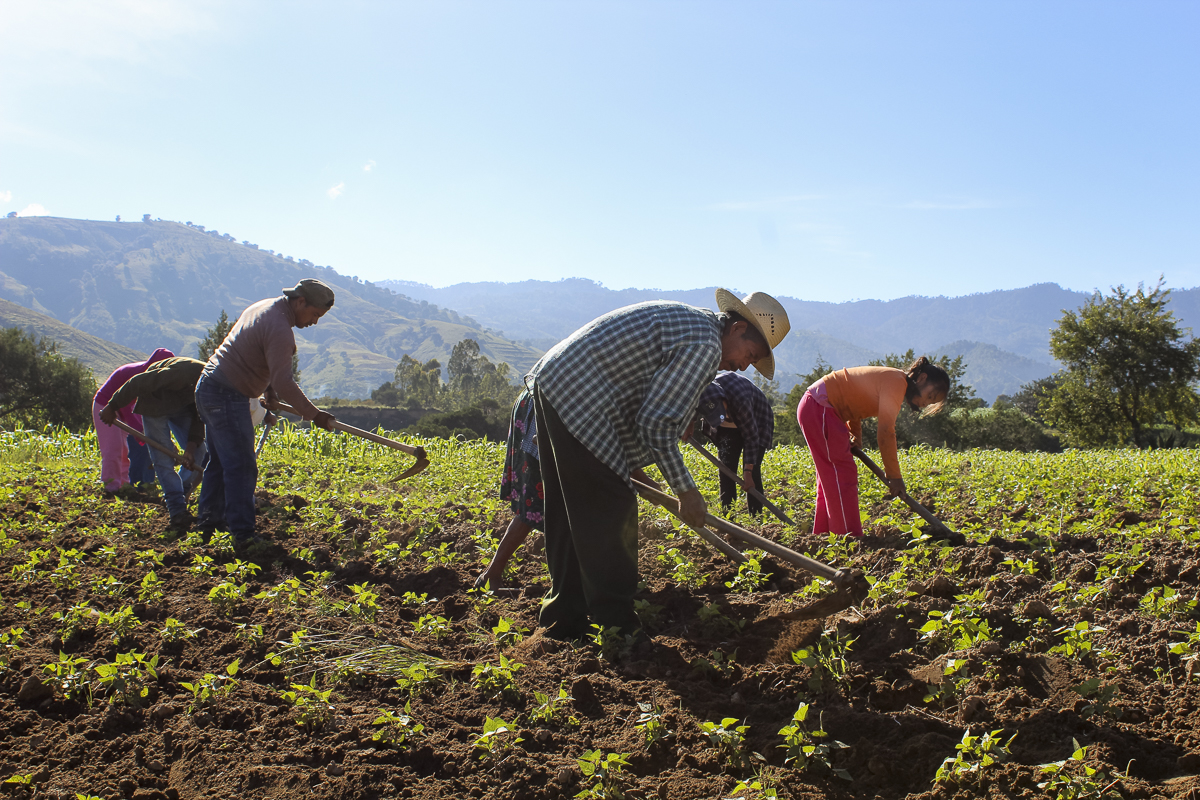 This town is located in Puebla’s Sierra Norte, a mountain range that covers 68 municipalities in the central Mexican state. The area is mostly rural, and many indigenous people call it home.

“Trucks would arrive but we didn’t know what was up, what it was about,” Lobato Martínez, 54, says. “They never told us ‘We come for this, we come for that.’”

INSIDE THE STORY:  Reporting on mining can emphasize existing mines and soot-covered miners emerging from
the ground, but it can also show how people are working to protect their homelands. Read the blog.

He later learned that the trucks were driven by employees of Almaden Minerals, a Canadian mining company. The company has two concessions that were granted to their subsidiary, Minera Gavilán, according to the country’s economic ministry, which is charged with overseeing the country’s mining sector. The concessions allow Almaden Minerals to explore the land for gold and silver deposits.

The people who live in Tecoltémic were never told that those concessions had been granted, says Leoncio Lobato Martínez, 67, who lives in the area and is the brother of Nicéforo Lobato Martínez.

Even so, it wasn’t a total surprise. Some people from neighboring towns were already talking about mine employees who had arrived, he says.

Leoncio Lobato Martínez says that was more common. But actually receiving notice from a company, “there has never been anything like that,” he says. 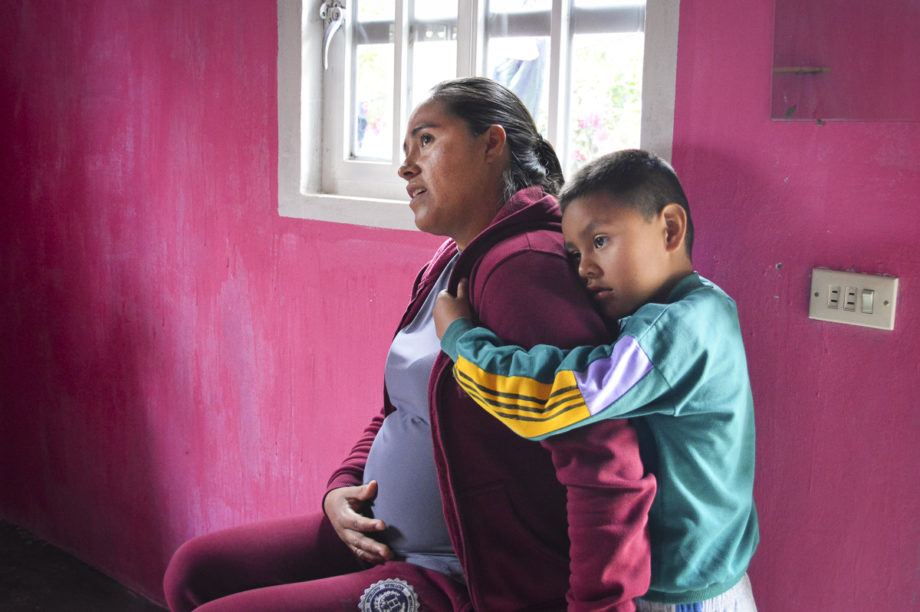 María de los Ángeles Álvarez Reyes, 31, a resident of Tlamanca, a town in Puebla state, says she began hosting meetings for people of her community to inform them about a mining company seeking to work in their community.

Tecoltémic is not a unique case.

In many instances, people who live in the vicinity of mining projects are the last to learn about them, according to a 2013 report from the Comisión para el Diálogo con los Pueblos Indígenas de México (CDI), which oversees public policy for the indigenous population in the country.

In addition, they are rarely informed about the procedures used to extract metals and how this could affect their health, their activities and their properties, according to the report.

In Mexico, the process for granting mining concessions does not require informing or obtaining the consent of those living within or near the project area. Public consultation is limited if it happens at all, and the government isn’t required to consider the opinions of local people. The only scenario in which local people should be consulted is when a mining concession stretches beneath land owned by indigenous or tribal groups, according to requirements set out in 1989 by the Convenio 169 sobre Pueblos Indígenas y Tribales, of the International Labour Organization.

Individuals can comment on any mining project’s environmental impact, but those comments only lead to public meetings when the activity in question has the potential to generate serious ecological imbalances or harm to public health or ecosystems, according to Mexican law.

Even then, comments from the public don’t impact the possible approval of a project, says Miguel Ángel Mijangos Leal, a liaison at Red Mexicana de Afectados por la Minería, a network of organizations and communities concerned about the impacts of mining in the country.

In 2015, Latin America attracted 28 percent of all global spending on mining and related exploration, according to a report from SNL Metals & Mining.

Mexico is a prime destination for mining companies.

Between 1993, when negotiations began for commercial opportunities in Mexico, and the end of 2012, 43,675 mining concessions covering a total of over 95 million hectares (over 236 million acres) were granted, according to the CDI report.

That’s the equivalent of 48.8 percent of Mexico’s territory. 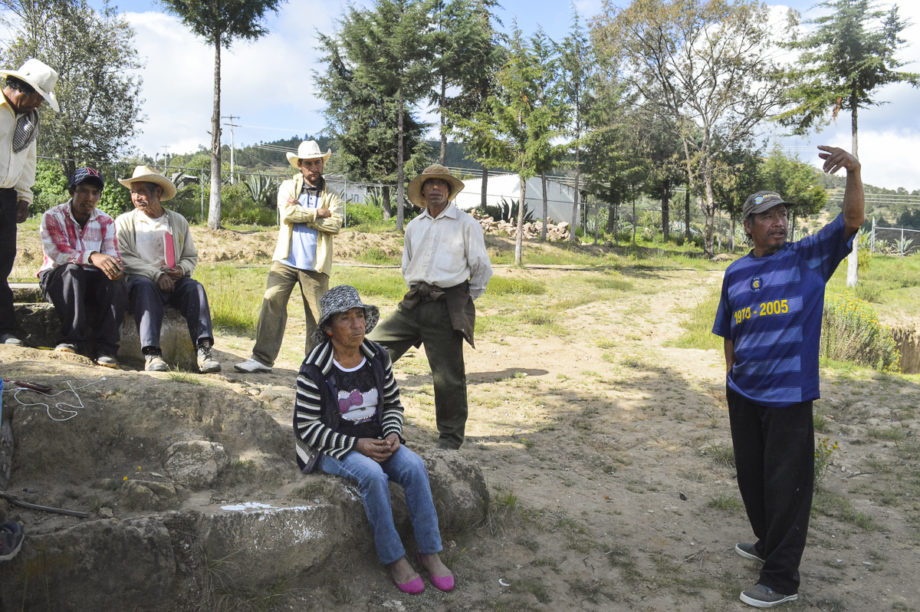 Many people in Tecoltémic, a town in Ixtacamaxtitlán municipality, are opposed to a mining project that proposes to extract and dig for gold and silver in their homeland. They say they’re concerned about how it will affect the environment.

There are at least 774 mining concessions in Puebla, of which 263 are active, according to Proyecto sobre Organización, Desarrollo, Educación e Investigación (PODER), a non-profit research organization whose mission is to improve corporate transparency and accountability in the region.

The organization obtained the data in August 2016 through a public information request. Information on concessions is publicly available, but can be difficult to compile and analyze.

Together, those concessions cover over 1.3 million hectares (over 3.2 million acres), according to data provided by the organization. That comes out to about 38 percent of Puebla state.

Any available land that isn’t in a natural protected area, maritime zone, archaeological area or oil site is eligible for potential mining exploration, according to the economic ministry.

Once a company identifies an area of interest, it submits an application for a mining concession. The opinions of the communities that live in the identified area aren’t considered.

Still, the concessions only grant the right to exploit minerals found under the soil. That means the concession holder has to negotiate access to the surface with the owner of the land under which the concession sits, according to established procedures.

“You automatically already have a dispute, in some way, between the property and who has the concession. There are problems of origin. It’s illogical, but that’s how it is,” Mijangos Leal says. 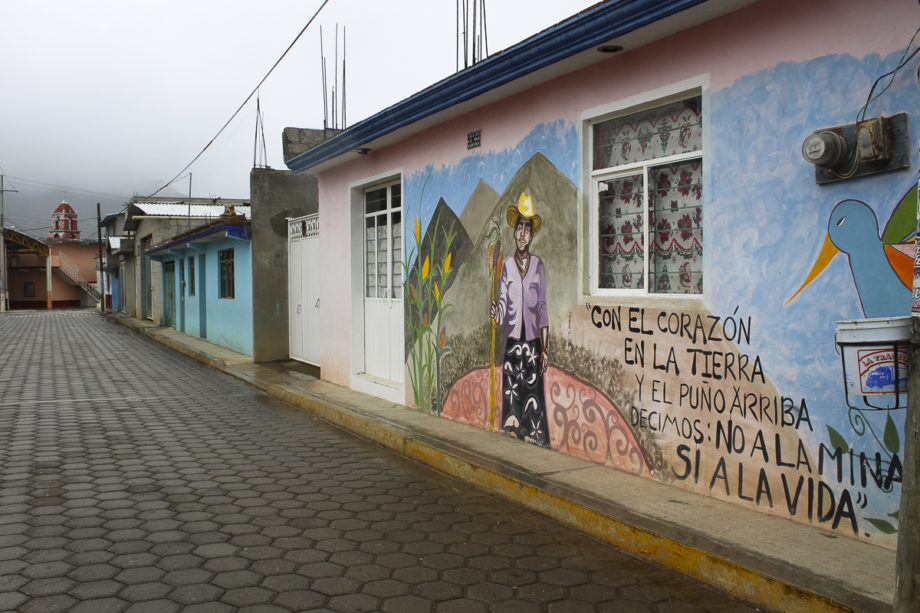 Walls that line the streets of Puebla’s towns display the sentiments of many people in regards to mining. This one says, “With the heart on the soil, and the fist up above, we say, ‘No to mining. Yes to life.’”

Del Pozo Martínez’s organization has worked with communities in the Sierra Norte as they attempt to defend their land against mining.

“Before granting any type of permission, the vision that communities have of their territory should, exactly, be included and considered, their own forms of development and how they think they will be affected by this project,” del Pozo Martínez says.

Rosario Uzcanga Vergara, Almaden Minerals’ director of social responsibility and community attention for the mining project, says the company adheres to Mexico’s mining laws. People have the right to request information, she adds, in which case the company will fulfill its legal requirements.

Almaden Minerals has organized information meetings in 27 communities to help people familiarize themselves with the company and to learn about the mining industry, she says. The company is not obligated to do this, she adds, but they believe it’s the responsible thing to do.

For rural people, land is often their most valuable possession.

Diana Hernández Baltazar, 22, lives in Tlamanca, a town in the municipality of Zautla, where since 2002 there has been a mining concession in effect for the extraction of gold, silver and copper on a stretch of 100 hectares (247 acres).

She says her parents, both rural people, instilled in her a fondness for the land.

“Beyond having money or beyond having riches, the main thing is what we have, which are our natural resources and our land. Our land is what’s valued most in a community,” she says. 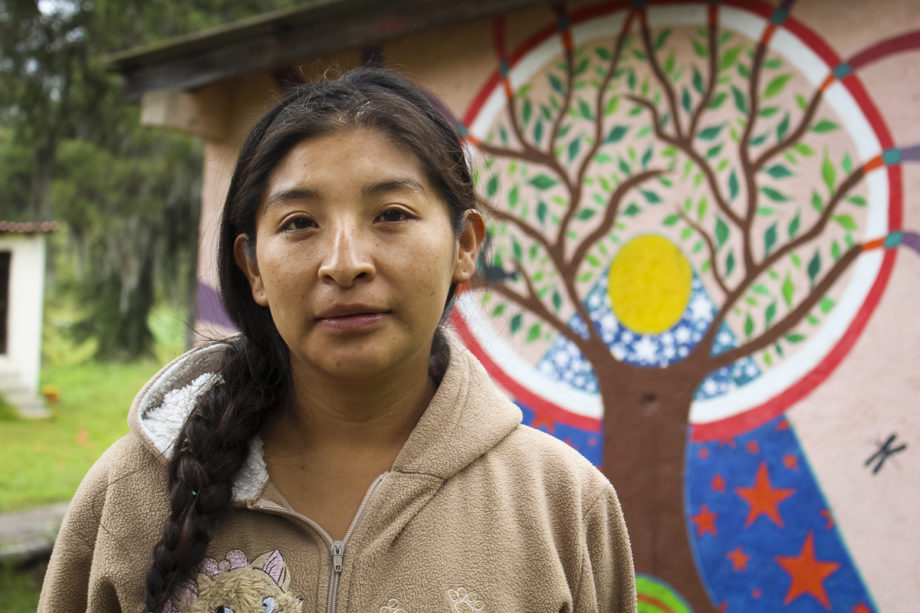 Diana Hernández Baltazar says her parents are rural people who taught her to appreciate the earth as the most valuable resource. The earth belongs to the people, she says, so they should be informed when there is an initiative that would disrupt the soil.

Unhappy with the outcome of those meetings, María de los Ángeles Álvarez Reyes, 31, another Tlamanca resident, says she began hosting her own meetings to share information about the mining project with local people.

In November 2012, she says, those opposed to the mine called a meeting in which people from 32 communities in the municipality participated. People decided they didn’t want the mining project and forced the mine employees to withdraw from the community within 24 hours, she says.

There was no violence during the withdrawal, but tensions were high because some local people wanted to lynch the employees. The mining company, noting the tension, left of its own accord.

The Tecoltémic community has followed another path. In 2015, it presented an injunction against the authorities who granted the concession, says Itzel Silva, a case attorney and member of Fundar, Centro de Análisis e Investigación. They secured a temporary suspension to prevent the company from engaging in activity in their territory, as the injunction remains in process.

The injunction was based on arguments that rights to land, territory and community were being violated, Silva says.