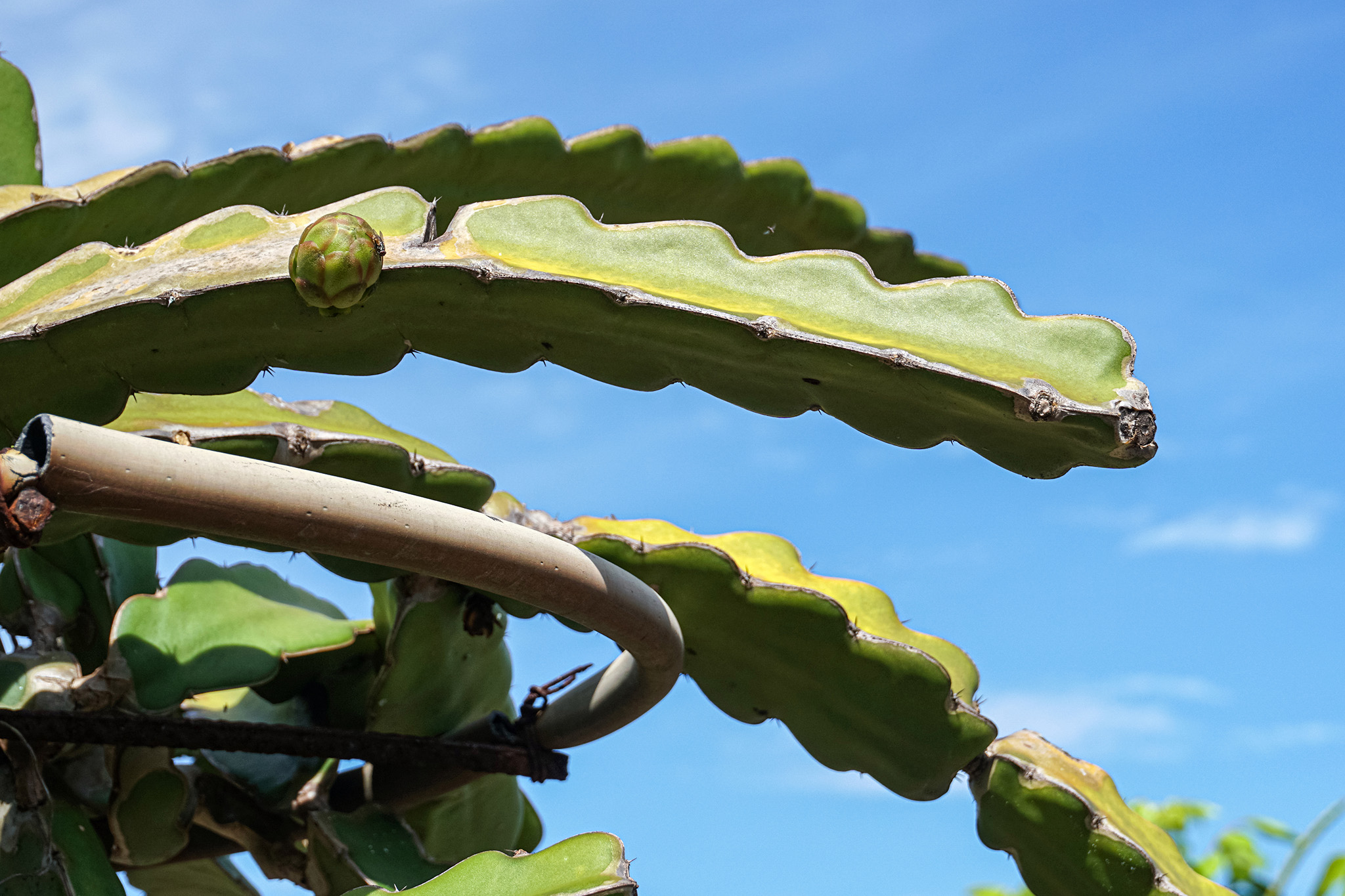 “Before, we used to plant corn, beans,” says Díaz López, who lives in Comitán de Domingúez, the fourth-largest city in Mexico’s southernmost state of Chiapas. “But now, with the weather, it doesn’t take.”

Farmers whose staple crops aren’t adapting to changing weather patterns are now looking to non-traditional crops as an alternative.

One fruit in particular is keeping small farmers afloat: dragon fruit, or pitahaya as it is known locally.

Dragon fruit is large and oval-shaped. It can be yellow or bright pinkish-red, and its translucent pulp is filled with tiny black seeds. It tastes like a cross between a kiwi and a pear.

Manuel Cárcamo, who grows pitahaya o dragon fruit on his farm, says the fruit originated in the Americas. In Mexico, there are more than 20 varieties. And its popularity is growing because it adapts to dry climates and a variety of environmental conditions.

“Now there is almost only pitahaya,” Díaz López says of his current crop. 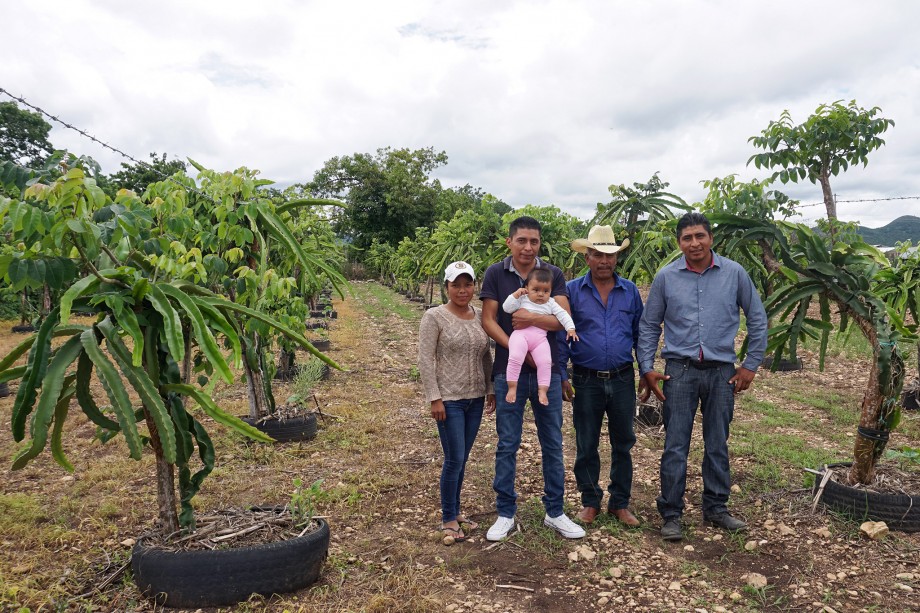 Rosy Santiz García (from left to right), José Hugo Díaz López, Rogelio Díaz Moreno and Amilcar Díaz López stand on their family farm with their more than 600 dragon fruit trees. The crop is growing well, despite the region’s ongoing drought.

As the fruit’s popularity grows, farmers hope that consumers will flock to buy it in markets across the state.

“In Chiapas, we were the pioneers in planting it. Although it grows naturally, wildly, it has been disappearing because of logging and deforestation,” Cárcamo says. His family farm now has more than 10,000 dragon fruit plants. They have distributed plants to other ranches across the state too.

Across Chiapas, farmers are introducing and marketing the highly adaptive crop, especially in areas struggling with lower than average rainfall, says Radaí Espinosa Córdova, head of the commercial agricultural information department at the Ministry of Agriculture, Livestock and Fisheries.

Since 1998, Chiapas has faced regular droughts, defined by the Mexican Institute of Water Technology as “an abnormal and persistent deficiency of humidity that has an adverse impact on vegetation, animals and people.”

After a severe drought and near-record high temperatures last year, more than half the state was still suffering from drought conditions as of April 30.

“The fruit will be a major novelty in the market,” Díaz López says.

So far this year, the fruit has proven popular at street markets across the state, including in the state’s two largest cities, Tuxtla Gutiérrez and San Cristóbal de las Casas. It is sold whole, and also in form of jams, drinks, popsicles, ice creams and even yogurt.

Díaz López and his partner, Rosy Santiz García, began growing dragon fruit in 2018. Now, they have more than 600 plants. Peak blooming season is from July to October, he says.

“We want to take it to market, expand so that the fruit is recognized,” Díaz López says.