Skip to main content
The story you are reading was published on Saturday September 3, 2016. To read more recent stories click here. 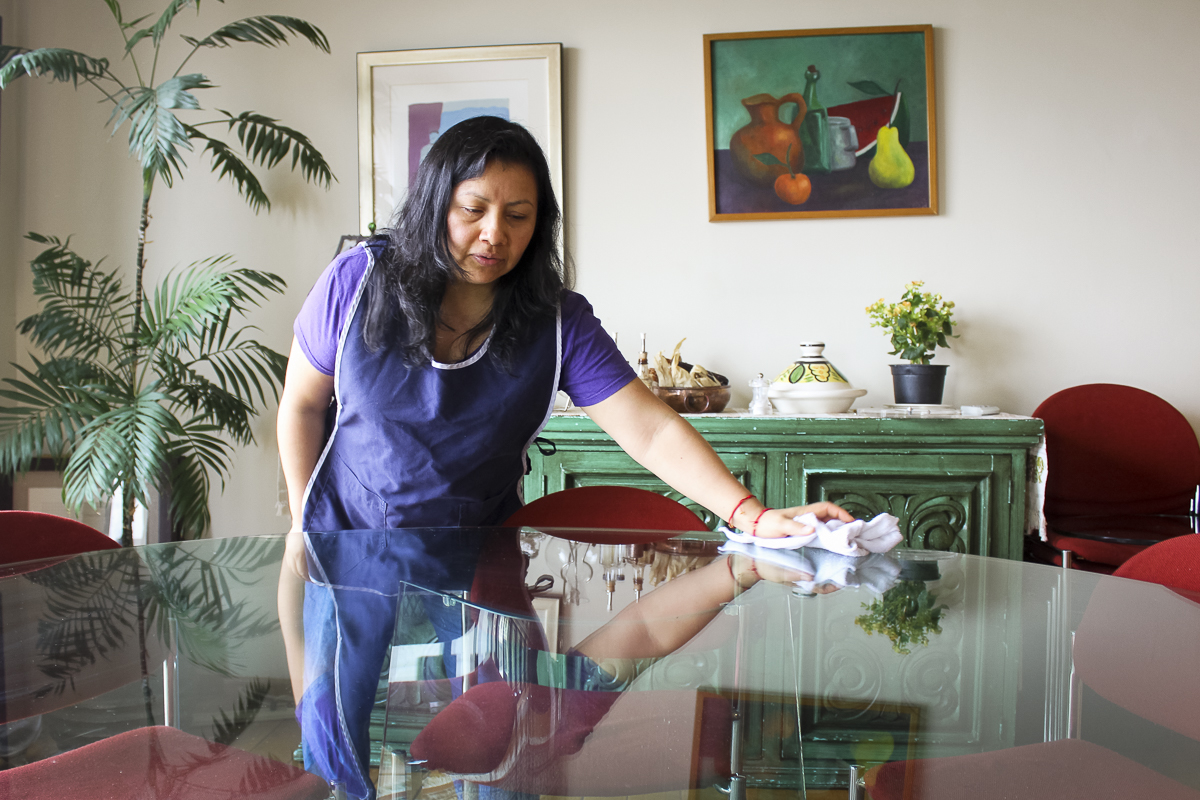 MEXICO CITY, MEXICO — Ana Laura Aquino Gaspar has been cleaning homes since she was 13 years old. Now 40, she says she experienced uncomfortable and exploitative working conditions.

Aquino Gaspar says she slept on the living room floor of one home when it was under construction because there wasn’t enough room for her. She’s worked on holidays and without vacation time. She’s worked longer than eight hours on many days and has been fired without reason.

“I didn’t say anything [to the employer] because I didn’t know anything, and of course the one in charge is the employer,” she says.

Almost 40 percent of domestic employees in Mexico believe the biggest problem with their industry is excessive work and low salary, according a 2010 nationwide poll on discrimination conducted by the Consejo Nacional para Prevenir la Discriminación, or CONAPRED, a government institution promoting policies to advance social inclusion and equality.

Through CACEH, Aquino Gaspar met her current employer, whom she describes as sensitive to the struggles faced by working women.

“When she said to me, ‘vacations, bonuses,’ I said, ‘What are you talking about? I don’t understand,’” Aquino Gaspar says of an early interaction with that employer.

Aquino Gaspar says her employer respects her eight-hour workdays and is willing to sign a contract to formalize the job description.

CACEH was founded in 2000 to organize domestic workers and promote their rights, but more recently the organization created the Sindicato Nacional de Trabajadores y Trabajadoras del Hogar, SINACTRAHO, a national union for domestic workers that began in August 2015. The union was officially registered in February, says Marcelina Bautista Bautista, founder and director of CACEH.

There are more than 2 million domestic workers in Mexico. That includes cleaners and other house workers, caretakers and drivers, according to a 2015 report by the national statistics institute. Women make up 95 percent of those workers, and almost 86 percent of those women are house cleaners. 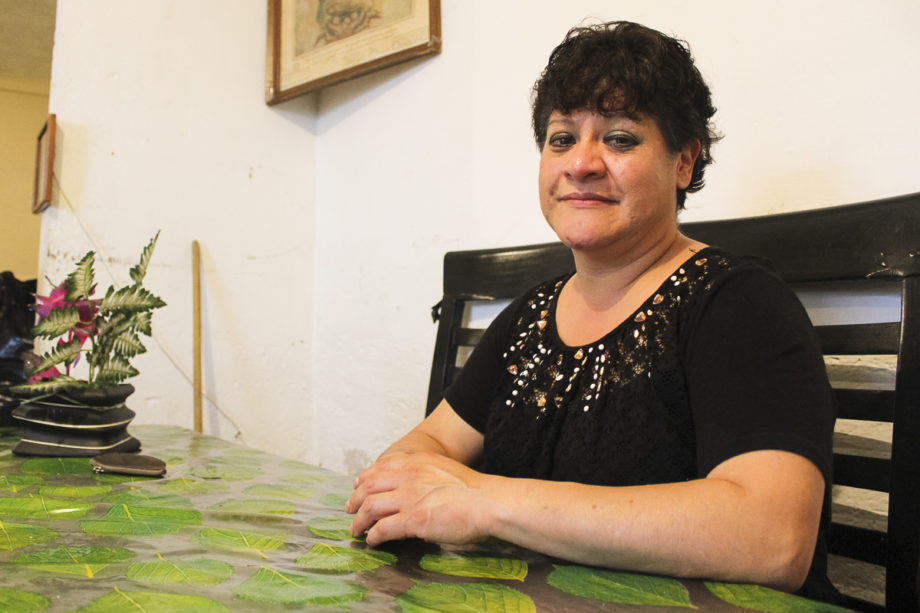 María del Consuelo Basurto López, 47, cleans houses six days each week. She’s paid 250 Mexican pesos ($13.70) a day, but has no benefits. She says she doesn’t feel comfortable demanding more rights or benefits, even though she wants them.

Domestic workers are recognized in the Ley Federal del Trabajo, the federal law that governs labor, but that law only guarantees them some rights, including the right to receive a salary, to get time off and, in specific circumstances, to request severance pay when fired.

The Ley del Seguro Social guarantees social security benefits for many types of workers, but not all. An employer of a domestic worker has the option to provide insurance, which would include protection for work-related risks, sicknesses, maternity, disability, retirement and child care.

Bautista Bautista says there is a tendency in Mexico to see domestic work as something less formal than legitimate employment.

“There’s always this idea of ‘I need a person to help me.’ So, to say ‘help’ also doesn’t have that status of work,” she says.

Bautista Bautista, who was a domestic employee herself for 22 years, says this attitude makes it difficult to demand that the rights of domestic workers are respected.

“So when it comes time to demand our rights, it’s hard for us, because the person who always helped us will tell us, ‘You’re ungrateful,’” she says.

Marcela Azuela Gómez employs two women who clean her house. She says her friendship with them doesn’t preclude her from treating them fairly.

“We can be very good friends with our bosses, love them very much,” she told GPJ in a telephone interview. “But that doesn’t take away even one of our labor rights. It’s not one or the other.”

SINACTRAHO isn’t the only group created in recent years to help domestic workers.

In 2014, Azuela Gómez created the Mexico City-based Hogar Justo Hogar, an organization of employers working to promote the recognition of domestic labor and of domestic employees’ rights.

“We start from the fact that it’s not that people want to treat workers poorly and abuse them,” Azuela Gómez says, “but rather that there also needs to be more recognition of what are the rights, and what are the benefits that we as employers are obligated to comply with.”

People at SINACTRAHO and Hogar Justo Hogar say their priority is encouraging their members to have work contracts between employer and employee.

“When a contract is signed with workers, that involves rights and obligations from both sides,” Bautista Bautista says. “No one is privileged.”

But there has been some resistance from employees and employers to these type of formalities, Azuela Gómez says.

“There are many prejudices out there, and they can think, workers and employers alike, ‘But what does it mean for me to sign a contract? They can probably hurt me with this,’” she says.

Isabel Valerio, 47, employs two women to clean her home once a week. She pays one of the women 500 Mexican pesos ($27) and the other 350 pesos ($19) per day. They never signed formal contracts, and she says she can’t afford to pay for benefits. If she did, she says, the women’s daily pay would go down since she would have to cover the costs of their benefits.

María del Consuelo Basurto López, 47, has been a domestic worker for seven years, working from Monday to Saturday cleaning homes for multiple families. She says she earns 250 pesos ($13.70) per day for shifts that last between six and eight hours.

Basurto López doesn’t have social security, paid vacation time or other benefits, and she doesn’t earn overtime when she works extra hours or on holidays. Even so, by working in various houses, she brings home more than Mexico’s minimum wage, which is 73.04 pesos ($4) per day, and she has free time in the afternoons to care for her son.

Basurto López says she would like to have a contract that guarantees benefits, including vacation time, but doubts that’s possible.

“If from the beginning [the employers] don’t do it, I don’t think it would benefit them right now,” she says.