Skip to main content
The story you are reading was published on Thursday August 18, 2016. To read more recent stories click here. 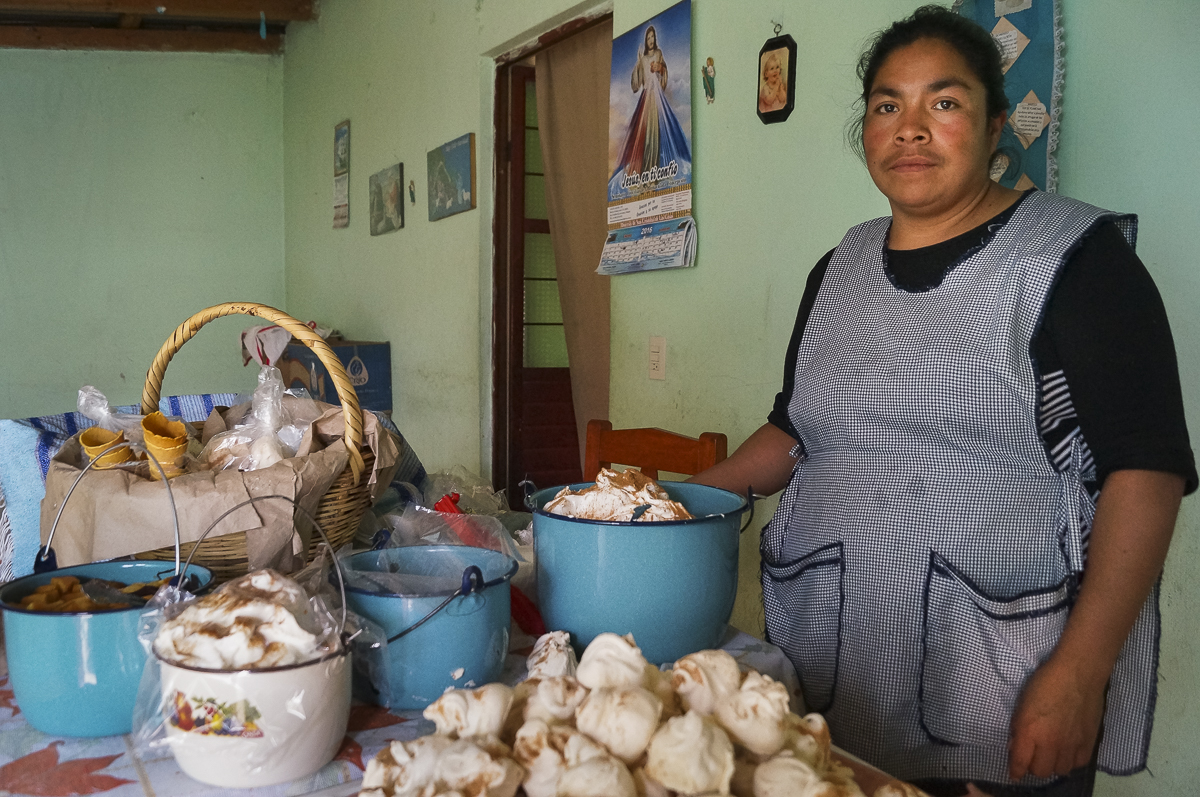 Lorena del Carmen Gómez Méndez’s voice echoes through the streets of San Cristóbal de las Casas, a city in Chiapas, the southernmost state of Mexico. She’s selling the “turrón” candies she made that morning with her mother.

Turrón takes an hour to make. Sugar is added to egg whites and stirred continuously by hand until the mixture thickens. It’s then placed inside hand-made flour tortillas. Gómez Méndez, 33, sells three tortillas with turrón for 5 pesos (27 cents).

The candy is one of the city’s traditional confections, Gómez Méndez says. She’s been making and selling it since she was a child, because that’s what her mother and grandmother did, too. Now, her own daughters and daughters-in-law practice the craft as well.

Such traditions, including skilled trades like carpentry and blacksmithing, are part of the city’s culture, but artisans say they’re beginning to disappear. To fight this trend, city leaders are promoting the learning of traditional skills.

“We have to make due efforts, coordinated between nongovernmental institutions, to promote the growth of these handicrafts, folk art and popular culture that we have forgotten,” says Jorge Paniagua Herrera, the city’s lead historian.

The Escuela Taller de Artes y Oficios is a school that provides courses in the arts and trades, including electrical work, pottery, bricklaying, carpentry and sculpture, that aim to preserve traditional construction practices. Sixty students, between the ages of 16 and 24, take courses there, says workshop director María Teresa Paula Bortoni de la Fuente. 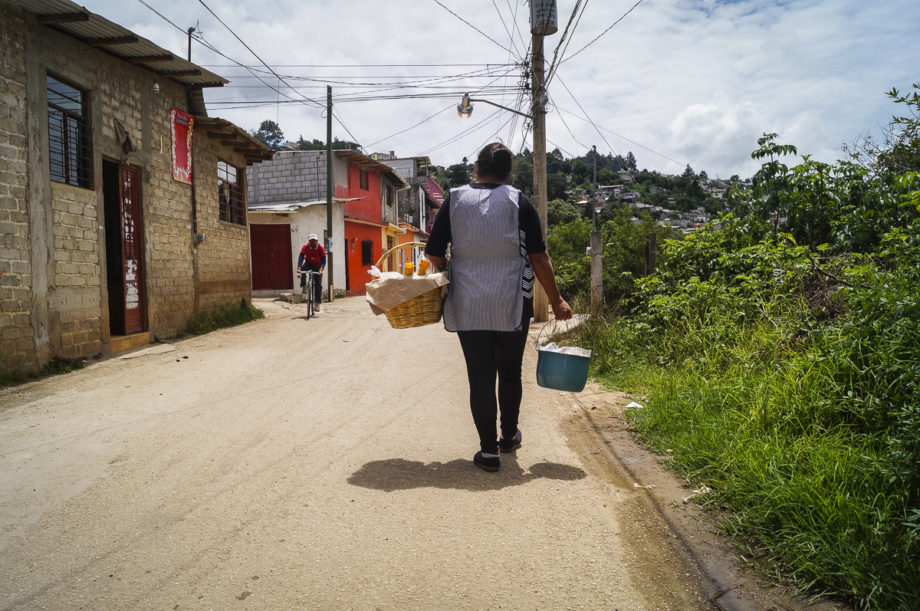 The city’s emphasis on those trades was boosted in December, when UNESCO, the United Nations’ education, science and culture division, declared San Cristóbal de las Casas a member of the UNESCO Creative Cities Network in the category of handicrafts and folk arts. As a member of the network, the city has access to over 100 other cities, where the goal is to collaborate and place creativity and cultural industries at the heart of their development plans.

But artisans and their advocates say the global economy is a tough competitor.

An influx of plastic goods is forcing a loss of traditional trades and, ultimately, cultural identity, Paniagua Herrera says.

Jobs that were once a main source of work in many neighborhoods aren’t viable any longer.

Mercedes Yolanda Román Aguilar, a 53-year-old cobbler who runs a shoe store in San Cristóbal de las Casas, says her shop once took orders for handmade shoes. In fact, she says, her father, also a cobbler, had 15 to 20 men working for him because, his shoes were sold around the state and Mexico.

“If in two, three days (the employees) can get a pair out for me, a factory makes hundreds,” she says. 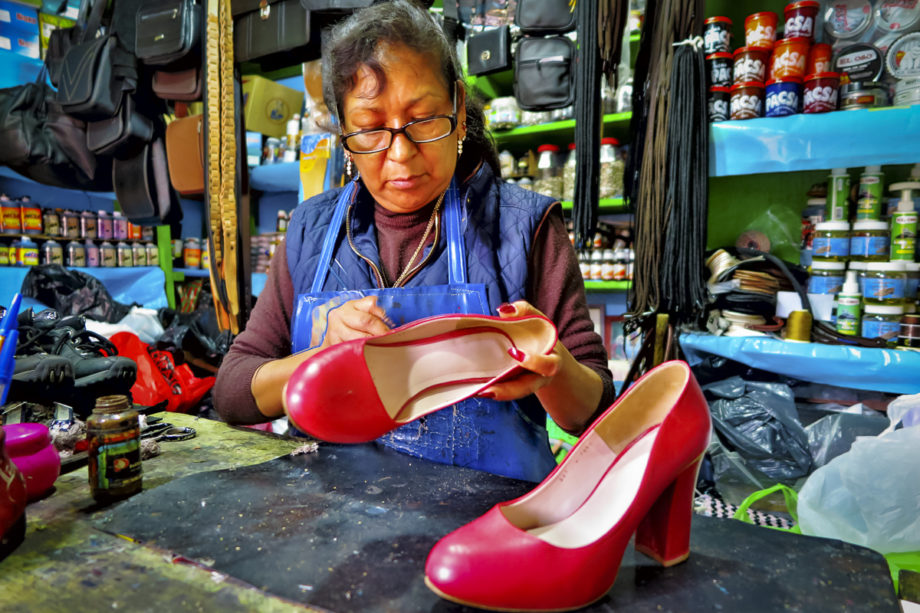 Mercedes Yolanda Román Aguilar, 53, works on a pair of shoes in her shop in San Cristóbal de las Casas. Román Aguilar says she now has to compete with factories that can produce shoes much faster than she can.

Ricardo Bolom Moshan, a 43-year-old saddler, says he’s lost about 50 percent of his clients over the past decade. As a saddler, Bolom Moshan prepares leather to be made into belts, furniture and many other items, but products that come from Guatemala and China now undercut his work.

“The products are cheaper, but the finishing touches are different,” he says. “They’re an imitation: part leather and part synthetic. And they [tell people] that they’re fully leather, and they buy it.”

“The thing is that all universities instill in [students] that now they can hope for better jobs, but there aren’t many open positions,” says García, who is also in charge of the Servicio Nacional de Empleo, the national employment service.

But if technical and trade skills training is increasingly offered, he says, more students can become tradespeople, such as electricians or plumbers.

“Trades are so important because these young people can become specialized and be contracted in an automobile company, for example,” she says. “I always say that studying is very good, the university kind, but this is, too.”