Skip to main content
The story you are reading was published on Monday July 25, 2016. To read more recent stories click here. 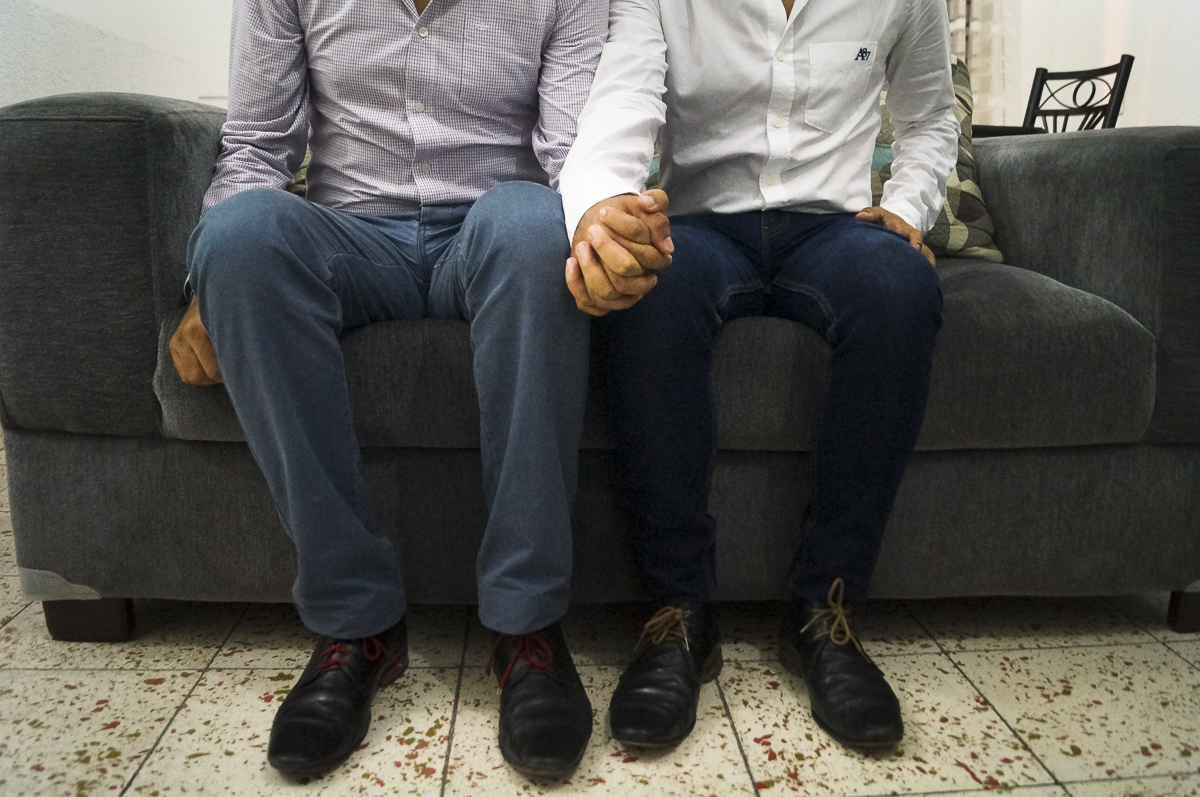 They’ve been a couple for more than seven years. One man is a graphic designer, the other a doctor. Since the moment they met, they say, they knew they wanted to make something of their relationship and keep it alive for a long time.

He and his partner, F.P.D., asked that just their initials be used in this story so they could maintain their privacy.

The men live in Tuxtla Gutiérrez, the capital of Chiapas, the southernmost Mexican state, where same-sex marriage isn’t legal. Even so, this year the men began the process to be married.

Supported by Unidos Diferentes, a local organization that functions as a collective of organizations that advocate for Mexico’s LGBT community, the men first asked for a marriage certificate at the local Registro Civil, the civil registry office in Tuxtla Gutiérrez. They were denied, they said, because they are a same-sex couple. The couple requested that they receive an official reason for that denial, which was refused. The men began an appeals process that lasted more than three months.

On May 25, the appeal was resolved in their favor. They can now marry.

When they wed, theirs will be the first same-sex marriage between men in the state’s recorded history. Two women married in December after winning the right to do so via the same process.

That result could be a harbinger of change in Chiapas and around the country. Unidos Diferentes collaborated with the Comisión Nacional de los Derechos Humanos, the country’s human rights commission, to present a lawsuit against the state in May claiming that the ban on same-sex marriages in Chiapas is unconstitutional.

[I want to] protect him if in some moment something happens to me, or [be able to] share benefits that also allow us to have a home.F.P.D., a man who, with his male partner, won the right to marry in Chiapas

The lawsuit seeks to change Articles 144 and 145 of the state’s Código Civil, the civil code. The former states that marriage can only take place between people who have the ability to procreate. The latter states that only a man and a woman can enter into marriage.

The effort to legalize same-sex marriage in Chiapas began after the Supreme Court decision in June 2015 that it’s unconstitutional and discriminatory to bar same-sex marriage. Nearly a year later, on May 17, President Enrique Peña Nieto announced a legal initiative that seeks to modify Article 4 of the constitution, to guarantee anyone over the age of 18, including same-sex couples, the right to marry.

Meanwhile, more than 50 individuals and advocacy organizations in Chiapas are pushing another proposal to reform Articles 144, 145 and 298 of the Chiapas civil code to allow same-sex marriages and guarantee that those couples have the same rights as other married couples.

So far, Unidos Diferentes, one of the organizations involved, has supported appeals that have made two marriages possible, even though they’re not technically legal in Chiapas.

The first marriage, between two women, happened on Dec. 18. The appeal for the second marriage was for R.V.G. and F.P.D., and now they can marry, says Héctor Estrada Avelar, the organization’s coordinator.

A third couple, two women who are also being supported by Unidos Diferentes, is waiting for the authorities to respond with details about their request, which they sent in June. They are seeking a marriage license.

Ricardo Acero Galindo, the lawyer for the couples who have appealed in an effort to marry, notes that those couples are the only beneficiaries of any decisions in their favor. Those decisions don’t affect anyone else. Acero Galindo is also collaborating with the lawsuit.

But not all activists say that changing existing laws to include same-sex couples is the right solution.

Yolanda Castro, a feminist activist in Chiapas who identifies as a lesbian, says the proposed change won’t guarantee equal freedom for all.

“I am still questioning institutions like marriage,” she says. “I believe that it amounts to playing the same patriarchal system’s game, falling into the same heterosexual norm.”

But F.P.D. and R.V.G., the same-sex couple that hopes to be legally married soon, sees that right as key to building a home.

The men say they aren’t interested in appearing in the media as the first male same-sex couple to be married in Chiapas. People should know that they want to be married, they say, but the two men add that they don’t want to be the face of the movement. They’re just looking to gain what they say are basic rights, including the option to have a shared health insurance plan or bank account.

“[I want to] protect him if in some moment something happens to me, or [be able to] share benefits that also allow us to have a home,” F.P.D. says.