Skip to main content
The story you are reading was published on Monday March 13, 2017. To read more recent stories click here. 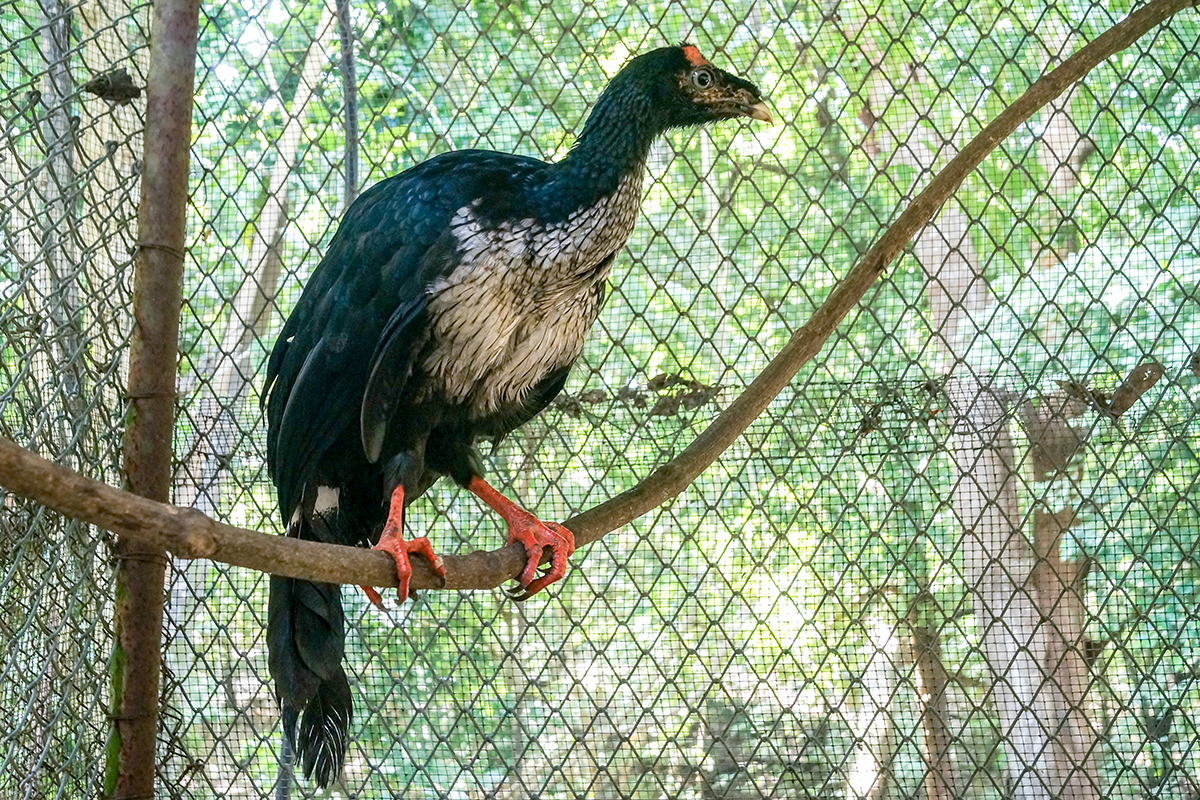 SAN CRISTÓBAL DE LAS CASAS, MÉXICO — Benjamín Zacarías Bravo clears a path with his machete along a trail near the Tacaná Volcano. He takes this 2-kilometer hike every two weeks to listen for birds. Often, he hears hummingbirds and quetzals, but today he’s searching for horned guans, the colorful endangered birds known as the “Unicorns of the Cloud Forest” for the red, hornlike skin at the top of their heads.

Benjamin is a member of Red de Monitores (in English, network of monitors), a group that uses bird-watching techniques to keep track of the area’s horned guans.

The rare bird is usually found at a higher elevation, but habitat destruction and hunting have pushed it into a space that amounts to about 1 percent of Mexico’s land base. Now, the horned guan is found only in Chiapas, Mexico’s southernmost state, and Guatemala, says Claudia Macías Caballero, a biologist and deputy director of conservation for Pronatura Sur, a Chiapas-based conservation association. 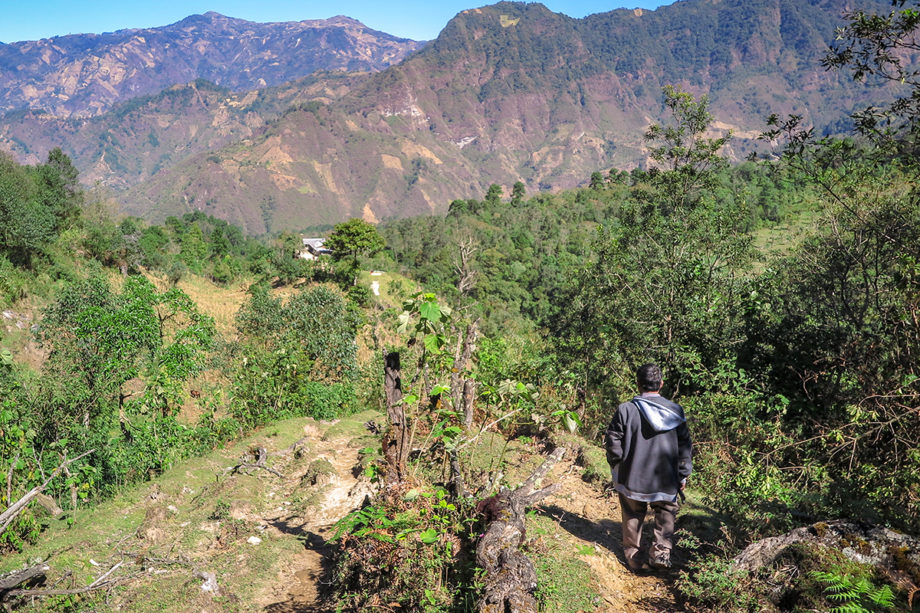 Benjamín Zacarías Bravo, a bird monitor with the Red de Monitores, hikes each week to listen for horned guans.

The horned guan is considered the “rarest bird in the world,” says Abenamar Pozo Villanueva, who oversees the bird program at Zoológico Miguel Álvarez del Toro, a zoo in Tuxtla Gutiérrez.

An estimated 200 horned guans live in the biosphere reserve area known as the Reserva de la Biosfera Volcán Tacaná, says James Rodríguez, who oversees the Programa de monitoreo del Pavón de la Comisión Nacional de Áreas Naturales Protegidas, the national protected areas program for the species’ monitoring. Their numbers have grown, he says, along with local efforts to preserve them. Horned guans are now spotted in areas where they hadn’t been seen for 10 years, he says.

The Red de Monitores group formed five years ago, and it now includes 45 people from seven communities. Many of the monitors are bird-watchers who have realized that their penchant for being outdoors and searching for exotic creatures is useful for horned guan preservation. They understand that by developing trails and establishing bird-watching guidelines, they can attract other birders who bring tourism dollars that will pay for additional conservation efforts. 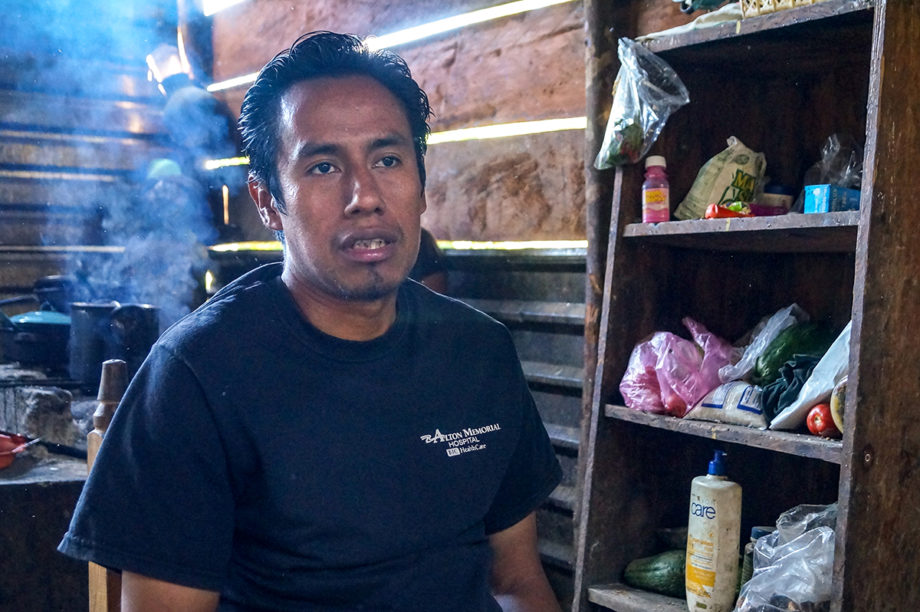 Vicente Pérez Matías, secretary of Red de Monitores, a network of monitors who work to protect the horned guan, says tourism, particularly by bird-watchers, can help protect this rare creature.

Tourists could come and spend two or three nights in the area to see the birds in their natural habitat, Pozo Villanueva says.

“Many of the people who visit have the resources to pay for travel and make donations to these efforts. They can learn about the species and the efforts of the community, local actors and landowners to conserve their resources and territories,” says Vicente Pérez Matías, the monitor network’s secretary.

For bird lovers, seeing a horned guan is exciting because of its unusual appearance. The bird’s body is dark blue-black, and its legs are orange-red. It has a yellow beak. Most distinctively, it has a “horn” of exposed, red skin at the top of its head.

“The importance of caring for animals is that we have also realized that protecting animals protects their habitat, protects our forests, our forests that give us pure oxygen, water, all of that,” says Salustio Velázquez Pérez, a bird monitor.

“If we take care of that, our children will inherit it in the future,” he adds. “If we allow things to be right, we know that the future of our children is ensured.” 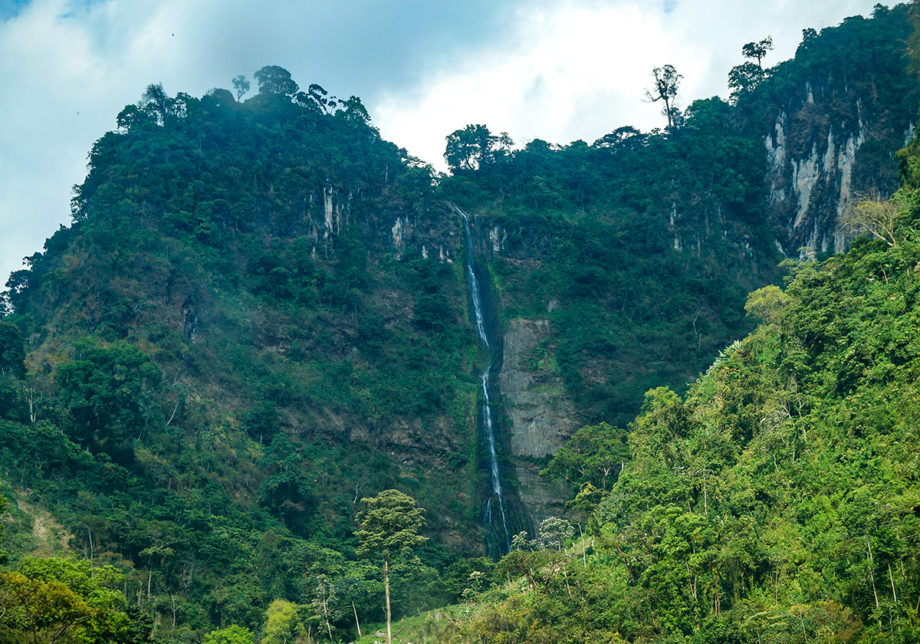 The Cascada del Volcán Tacaná, known in English as Tacaná Volcano, in Chiapas, Mexico’s southernmost state, is one of the few places where horned guans dwell.