Skip to main content
The story you are reading was published on Thursday January 19, 2017. To read more recent stories click here. 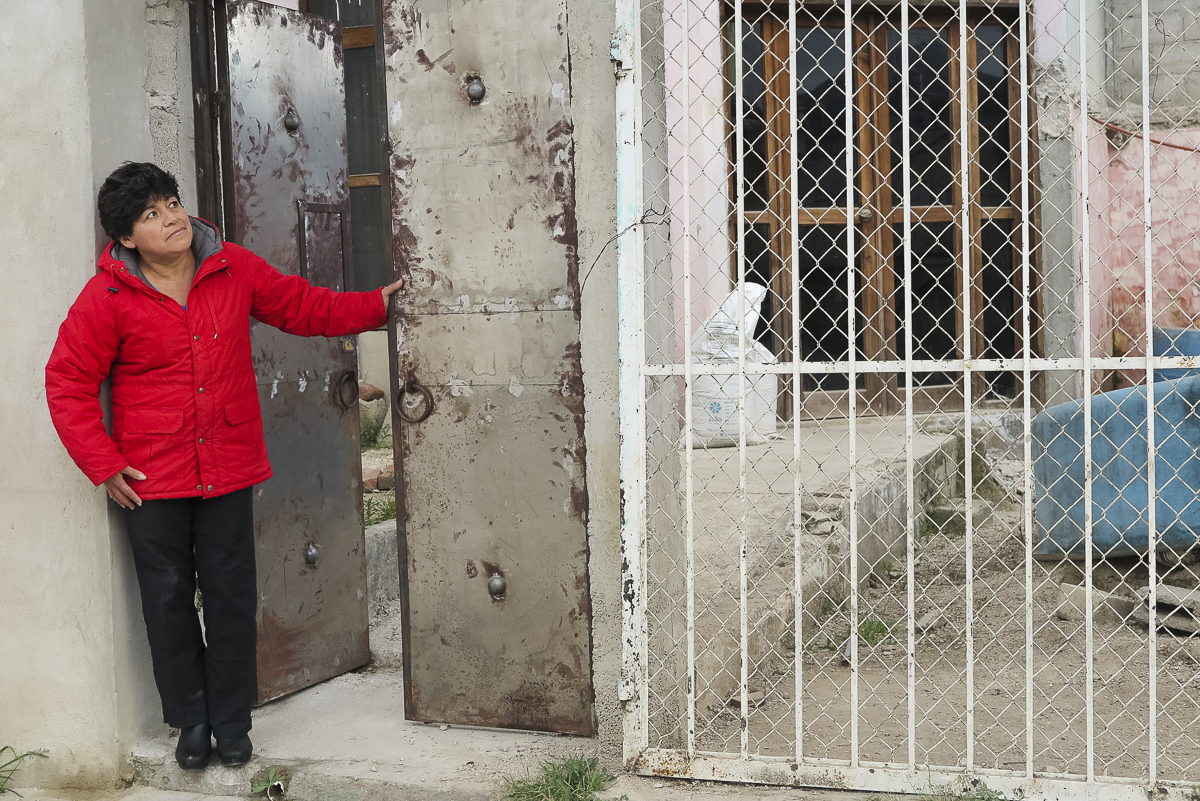 She has lived in Colonia del Valle, a neighborhood in San Cristóbal de las Casas, for 12 years. Her house has flooded each of those years. In 2005, she raised her house 3 feet above street level in an effort to save her possessions from the floods. Nothing worked.

In 2016, an Aug. 31 storm cost Hernández Morales her car. As she hurried to move things to the second floor of her home, water entered her car from above and below.

Many of her neighbors routinely lose furniture and other belongings, she says.

“There’s no reason for a flood of this magnitude; it didn’t happen like this 40 years ago,” Hernández Morales says.

In the days after the August flood, Hernández Morales and her neighbors met with local authorities who concluded that the overwhelming amount of garbage obstructing the storm drains a few blocks away was the primary cause of the flood.

Increased rain is just one headache for people in this picturesque, high-altitude city. Deforestation has changed water patterns, and, as the city’s population grows, the need for housing has led to construction in wetland areas.

But many city residents are turning their attention to another culprit they say is exacerbating the city’s flood problem: trash.

Plastic bags, restaurant takeout containers and other refuse clog storm drains with such regularity here that when the rain comes, it has nowhere to go.

This storm drain in Hernández Morales’ neighborhood was built in 2004 to absorb water coming down from other streets and hills, says Jorge Mayorga Ochoa, head of the ecology and conservation department at the Servicio de Agua Potable y Alcantarillado Municipal, the municipal water service.

Trash isn’t the only reason the storm drain doesn’t work, he says. Drains in other neighorhoods have been connected to this one over the years, and it doesn’t have the capacity required for increased water flow.

On Sept. 1, the day after Hernández Morales says her car’s interior was damaged in a flood, a public works crew cleared the storm drain. But when heavy rains came the next day, the drain, still unable to process the amount of water, caused the water level to rise a few feet, which affected about 20 houses, Hernández Morales says. The problem continues in the neighborhood, as heavy rains persist here, well past the traditional rainy season.

“There should be a planned and comprehensive solution, looking at the problem from every angle,” she says.

There’s no reason for a flood of this magnitude; it didn’t happen like this 40 years ago.Herminia Hernández Morales, resident of San Cristóbal de las Casas

San Cristóbal de las Casas is in the Valle de Jovel in Chiapas state. Precipitation in the area varies, but historically the rainy season is between June and October, which has brought up to 75 inches of rain in the wettest years.

August 2016 was one of Mexico’s wettest months in more than 75 years, with 33.4 millimeters (1.3 inches) more than the national average, according to a report by the Comisión Nacional del Agua, the national water commission. In Chiapas, there were 306.7 millimeters (12.07 inches) of rainfall in August 2016, compared with 196.5 millimeters (7.7 inches) the year before. Weather patterns are changing at a rapid rate, says Antonino García García, a climate change researcher at the Universidad Autónoma Chapingo in San Cristóbal de las Casas.

Changes in annual rain cycles are more unpredictable each year, preventing researchers from making projections or forecasts related to rain or climate behavior in the region, he says. For example, this year it rained in May and in June, and now storms are rare, but there is high precipitation when they come.

Juan Carlos Herrera Hernández, a San Cristóbal de las Casas councilman, says the local government is working on a plan that will help the community balance its priorities, which include environmental protection.

Herrera Hernández says awareness campaigns are needed for people to understand the effects of their actions and to be more aware of how to avoid contributing to the problem.

He began a foundation in September called Parajes, through which San Cristóbal de las Casas residents recycle garbage and take part in activities on behalf of the environment and wetlands conservation. He believes Parajes is helping to promote a responsible, progressive culture that protects the environment.

Those projects will supplement long-term work done by other groups. Since 1995, the Coordinadora de Barrios y Colonias de la Zona Sur (COCOSUR) has organized to clear out storm drains and remove trash from local rivers, when government efforts, which only occur after trash has accumulated enough to cause a problem, have not been sufficient. Cleanups take place every January, April and November, to respond to the rains, says Dámaso Villanueva Ramírez, a member of COCOSUR.

At the Escuela Primaria Urbana Josefa Ortiz de Dominguez primary school, where Hernández Morales worked, teachers and staff launched a campaign in 2012 to keep food vendors from using plates made of unicel, which is made of extruded polystyrene. The plates, which can take hundreds of years to decompose, often wind up in storm drains.

These dishes generate a lot of trash in the community because they’re cheap and popular in restaurants, she says. Teachers and staff members talked to the children about the effects and asked families to help the children bring their own dishes from home. Now 75 percent of the 650 students regularly bring their own plates.

“If we all live here, then we all should put our house in order,” Hernández Morales says.