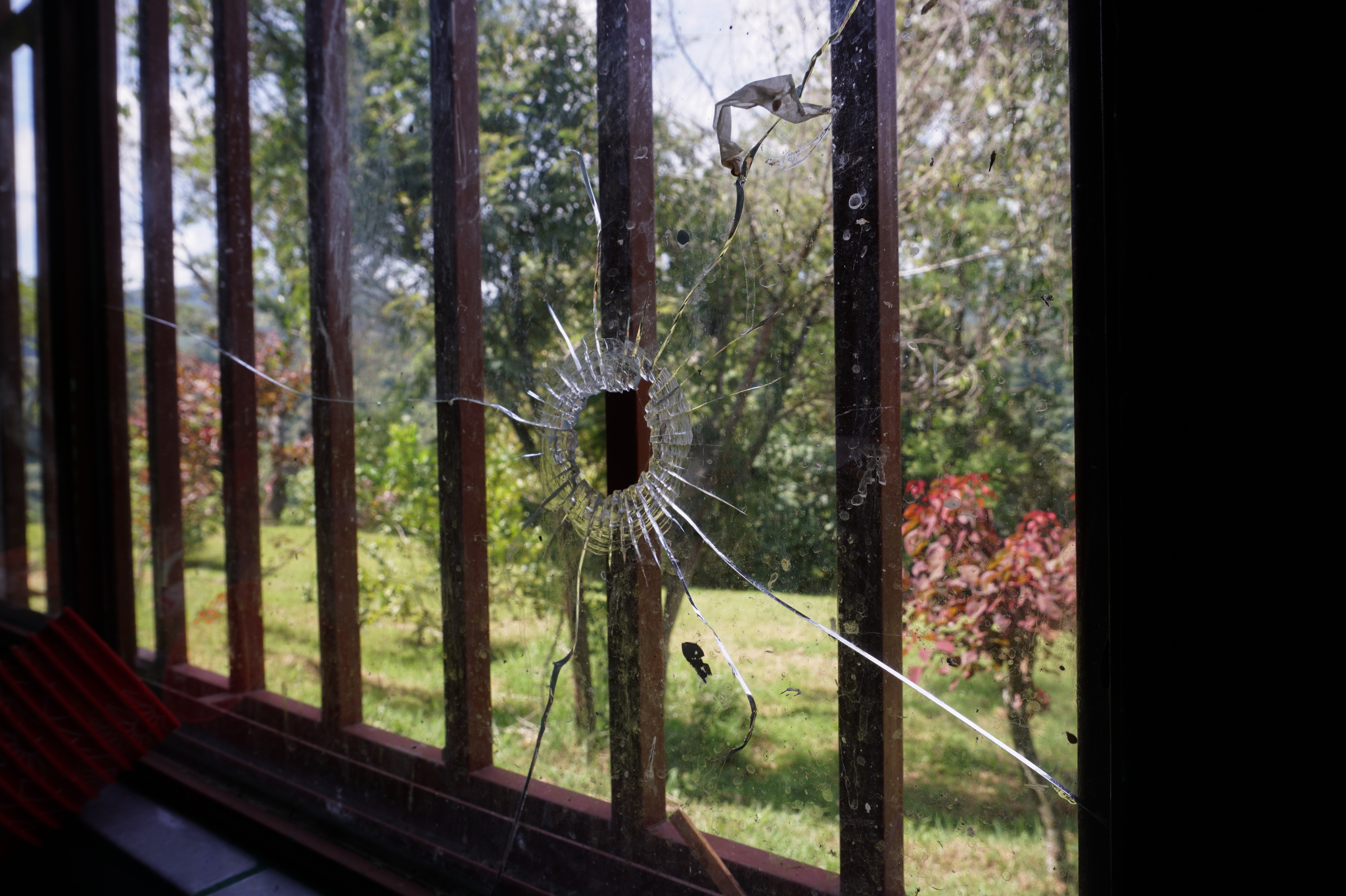 ALDAMA, MEXICO — No one knows who shoots at the residents of Aldama and Santa Martha.

These indigenous Tsotsil communities in the lush highlands of Chiapas, Mexico’s southernmost state, face regular gunfire as unidentified armed groups ramp up attacks tied to a nearly half-century-old land dispute. Once corn harvesters and coffee producers, residents spend days hiding in the hills or barricaded in bunkers against the snap of bullets.

A 2009 peace pact coordinated by the Chiapas state government and local authorities stalled in 2014. The fighting has worsened, despite another negotiated deal last year. In early November, unknown perpetrators carried out 47 attacks in 72 hours, displacing around 3,000 people in communities around Aldama.

Families are running out of food and struggle to access health care. Those who can have fled. The others remain, largely forgotten in a battle whose purpose no longer seems clear.

“We don’t know what to do,” says Verónica Pérez, whose husband, Artemio Pérez Pérez, was painting a house last year when a bullet ripped through his skin, perforated his lungs and injured his spine. He struggles to move, and the family is in debt. His 9-year-old daughter, Brígida Yamili, periodically wraps her arms around her father. She doesn’t let go. 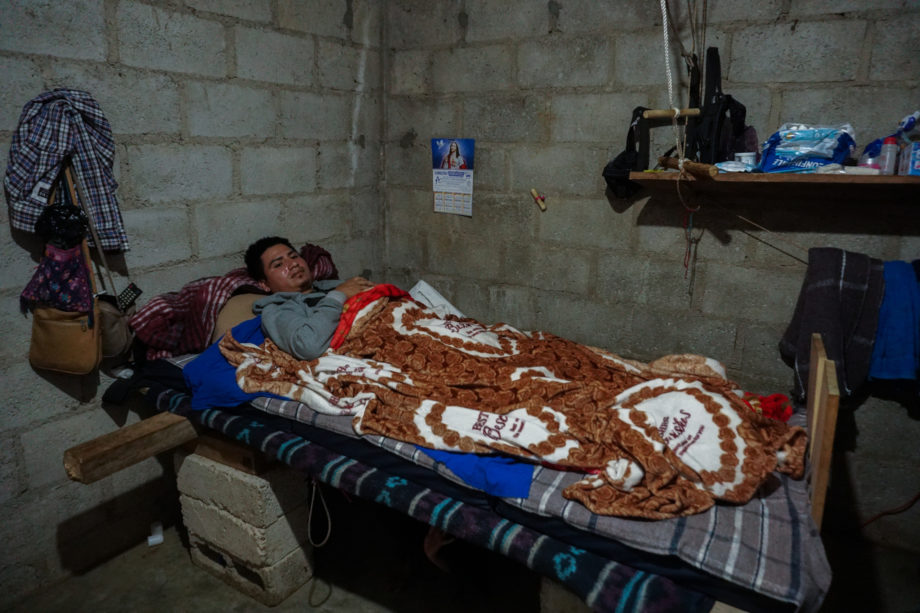 Artemio Pérez Pérez, 26, who lives in Aldama, can no longer walk due to a random shooting last year.

About 31 kilometers (19 miles) from the historic city of San Cristóbal de Las Casas, these rural highlands paint a serene image — a blanket of green mountains outfitted with a long, winding river. Nestled in one valley is Aldama, where traditional red textiles dry in the wind. Just north lies the municipality of Chenalhó, where Santa Martha is located, with its wide streets and majestic views.

The conflict dates back to poorly defined boundaries in a 1970s land reform bill and disagreements over subsequent court decisions, says Araceli Burguete Cal y Mayor, an anthropology professor at the Center for Research and Advanced Studies in Social Anthropology in San Cristóbal de Las Casas.

The Inter-American Commission on Human Rights blames “an armed group of a paramilitary nature” for displacing about 3,500 Tsotsil people from Aldama as of 2020. Even before the November incident, an Aldama commission said the total number of displaced people reached 5,000. 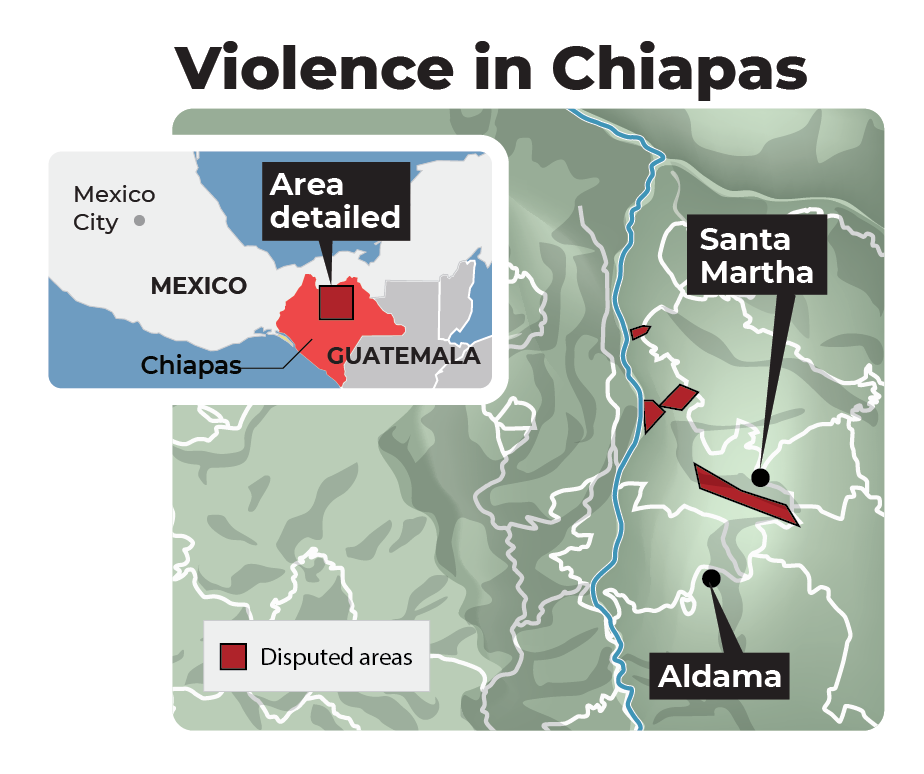 Martín Longoria, coordinator of the National Human Rights Commission’s San Cristóbal de Las Casas office, points to the rise of organized crime. “It is a region of stolen vehicle trafficking, arms trafficking and new migrant crossings,” he says. “What is not clear is the character of these networks.”

The government has sought to devolve residents of blame. Alejandro Encinas Rodríguez, Mexico’s undersecretary of Human Rights, Population and Migration, has suggested the attackers may not even live in the area. “There is no evidence now that this paramilitary group is part of any of the communities,” he said at a 2020 press conference with President Andrés Manuel López Obrador.

But this May, López Obrador told reporters that “the information we have is that these are long-standing conflicts between communities.” He said the government is continuing to work with local and state officials to stop the violence.

Officials from the president’s office didn’t respond to requests for comment.

Chiapas is home to the Zapatistas, an indigenous armed group that declared war on the government in 1994 until officials recognized some autonomy and rights. Authorities have not connected the Zapatistas to the current violence.

The latest peace deal, agreed to last November by state and local authorities, gives 32.5 hectares (80 acres) of the disputed land to Aldama and 27 hectares (67 acres) to Chenalhó, for Santa Martha.

The deal also says the government will provide infrastructure, housing and health programs to the communities. But the fighting and insecurity have continued. 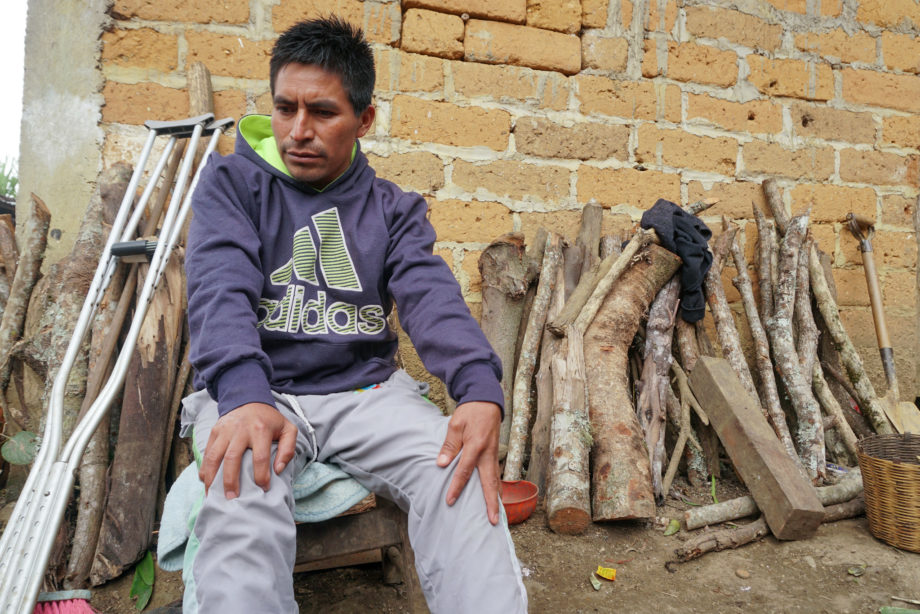 Andrés Jiménez Pérez, 39, was attacked in Aldama last year while on his way home from work with his 9-year-old son.

Local authorities dismantled dozens of trenches and fortified walls in both communities in May, says Encinas Rodríguez. In just three days in August, armed groups carried out 26 attacks on Aldama, citizens there say. And in September, two residents were shot, one while driving his car in Aldama, and the other while standing in the street in Santa Martha.

M. Santiz, who asked not to use her full name out of fear of reprisal, was shot multiple times near her Santa Martha home while traveling in a car with her husband. He didn’t survive.

She has four children under the age of 15, who no longer go to school because the violence keeps the teachers away. The clinic has closed. There is nothing left to do because the shooting won’t stop, Santiz says.

Families in this region survive on their harvests, especially coffee production. But the violence has prevented them from planting their fields. “People have to look for ways to survive,” says Adolfo López Gómez, Aldama’s former municipal president. “Hopefully, the harmony of our towns will be restored because we are brothers.” 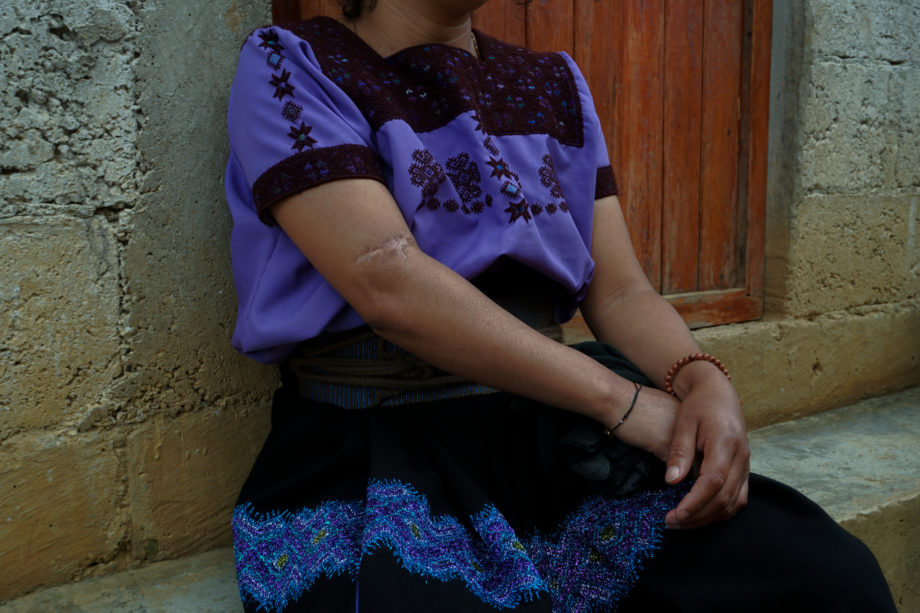 M. Santiz, 31, a Santa Martha resident, shows a scar from a gunshot wound she received when unknown perpetrators attacked her.

Many residents blame the state for not taking more action. A 2019 report by the National Human Rights Commission found that the Chiapas government failed to seek reparations for those injured by the violence. The prosecutor’s office continues to investigate the incidents, says Leonel Reyes González, coordinator of advisers for the Chiapas government.

Nonprofits that work in the region warn that the food supply is dwindling.

Families receive enough to last two and a half months, rather than the six months promised, says Ofelia Medina, founder of the Fideicomiso para la Salud de los Niños Indígenas de México (Trust for the Health of the Indigenous Children of Mexico). “Malnutrition in families … is brutal, among the most serious malnutrition situations we have seen,” she says.

Local officials offer humanitarian aid, including food assistance such as beans, corn, lentils and rice, Reyes González says. “They have not been left without sustenance,” he says.

But residents are losing hope. López Gómez fears little will change without a better understanding of what causes the fighting.

“What are they waiting for?” he says. “More deaths, more wounded? How far are we going to go?” 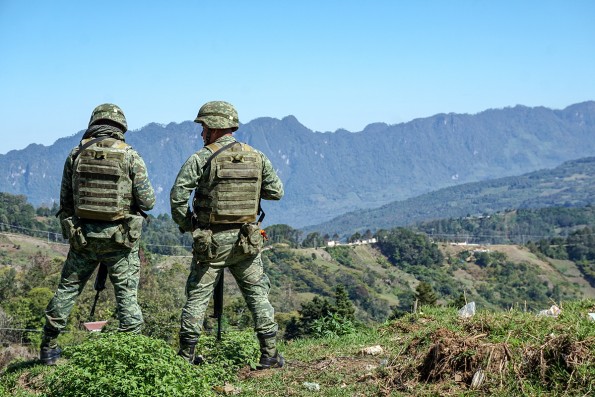 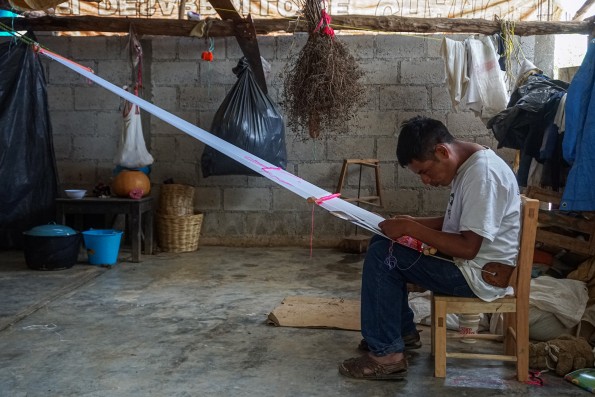 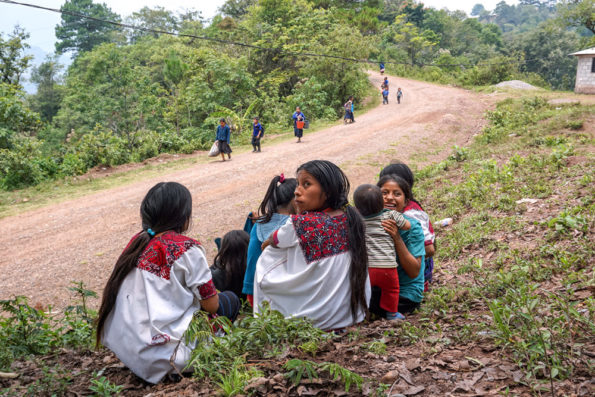