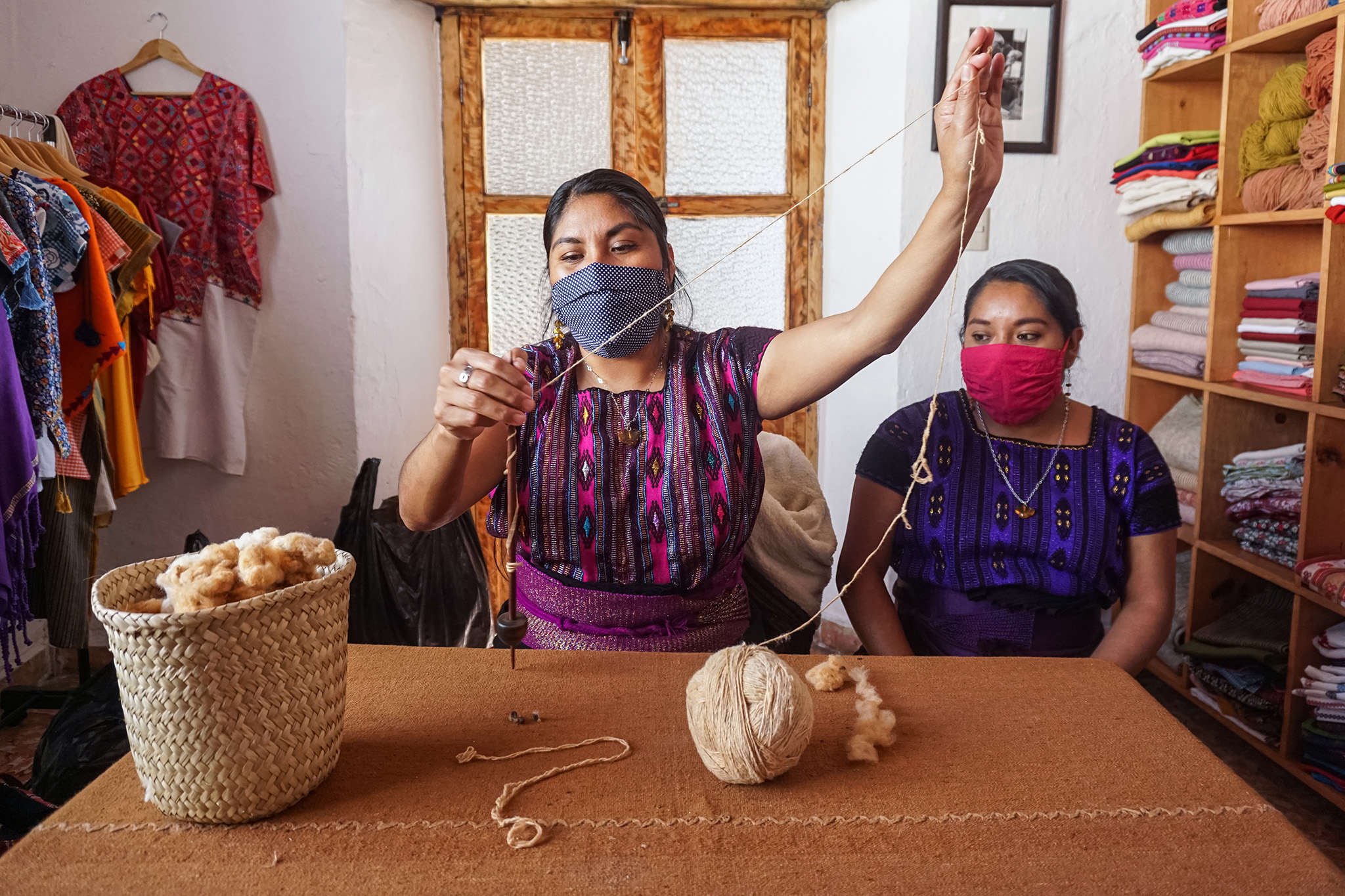 CHIAPAS, MEXICO — As sunlight streams through the large windows of her studio in the southeastern Mexican town of San Andrés Larráinzar, Cecilia Gómez attaches a loom around her waist and begins to weave. Slowly and methodically, she creates cotton and wool textiles covered in Mayan iconography – corn and animals, mountains and deities, cardinal directions and depictions of the universe.

An indigenous woman born and raised here, Gómez learned how to use the backstrap loom from her mother and grandmother, starting when she was just 6 years old. Weaving this way is laborious and time-consuming. It takes at least five hours over the course of four days to make enough fabric for a single blouse. But for Gómez, 28, there is no other way.

“An artisan is inspired, she connects with the loom. There, you have time to think about your problems and find the solutions,” she says. “When I started weaving, I connected so profoundly to myself.”

Today, Gómez is part of a growing community of artisanal textile makers and fashion designers across Mexico who are uncomfortable with the wastefulness and lack of quality they see in the mainstream fashion industry. Instead, they want to preserve the country’s cultural heritage and produce high-quality clothes that are both durable and beautiful, promoting sustainable production while working to preserve traditional techniques.

“These generations are much more sensitive and perceptive to social and environmental issues, because we already have a world with fewer and fewer resources and more polluted resources,” says Mireille Acquart, the director of Ethical Fashion Space, a consulting group that works with the fashion industry in Mexico to encourage sustainability. 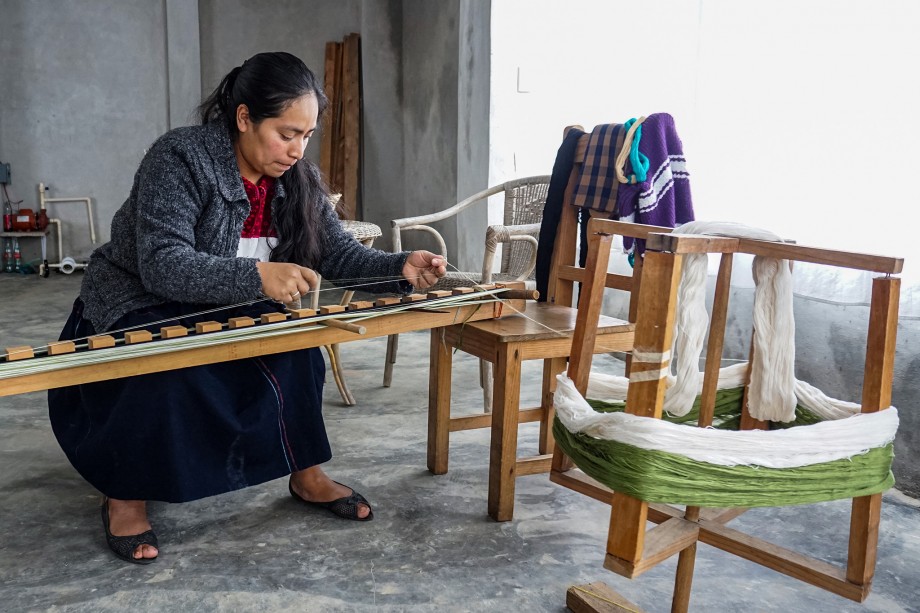 About 20,000 companies are involved in the textile industry in Mexico, Acquart says. Data on the number of artisanal producers is not available, but Acquart estimates that the number of sustainable and artisanal projects has increased by around 40% over the past five years.

This trend toward sustainable, artisanal production stands in contrast to how Mexico’s fashion industry previously operated. Efraín Paulino Martínez, coordinator of Fashion Revolution México, an organization that encourages transparency and traceability in the fashion industry, says the signing of the North American Free Trade Agreement in 1992 cemented Mexico’s reputation as a center of cheap clothing production. For many years, he says, companies and customers didn’t care very much about the quality of the garments or how they were made.

“What people cared about was the brand, the status,” Martínez says.

With the rise of artisanal fashion in recent years, that’s changed.

In San Francisco, a town in the western state of Nayarit, Victoria Sellschopp opened a clothing studio so she could focus on producing high-quality garments made with natural fibers like linen, cotton and bamboo. On a large wooden table, she designs, cuts and sews dresses, shorts and blouses for women. She says her clothes have a timeless, casual aesthetic, with subtle embellishments that add a touch of romanticism. Instead of inexpensive fabric imported from China, she uses high-quality textiles made in Mexico. 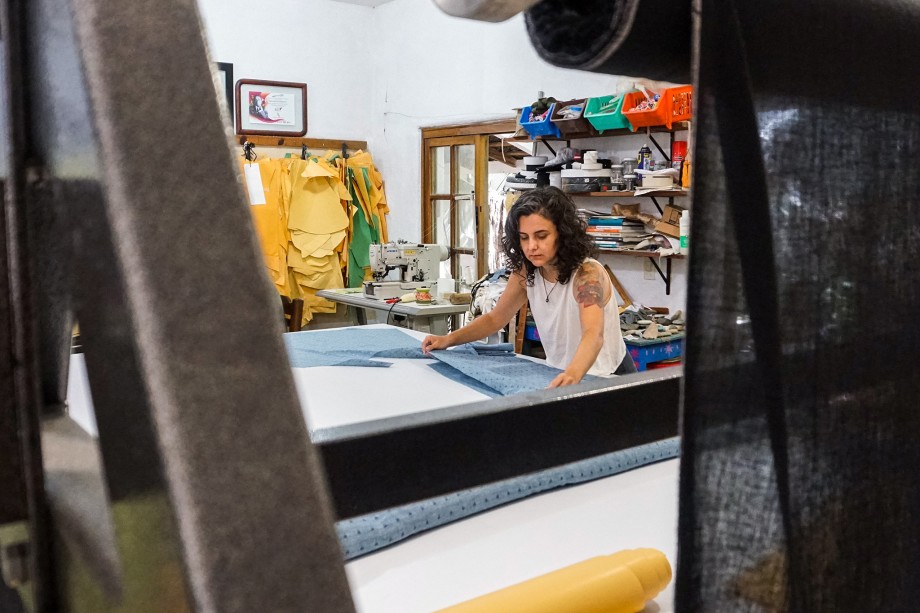 Victoria Sellschopp lays out a linen pattern in her workshop.

“The objective is for the clothing to be worn all year round, and that it can be, with time, passed down,” says Sellschopp, 44.

“My brand came out of a personal necessity to create ideal garments for life on the beach,” says Baltazar, whose minimalist, geometric clothes are made from natural materials that breathe in the hot and humid climate. “I never want to be a giant clothing factory. I want to make unique garments, well made and well designed.” 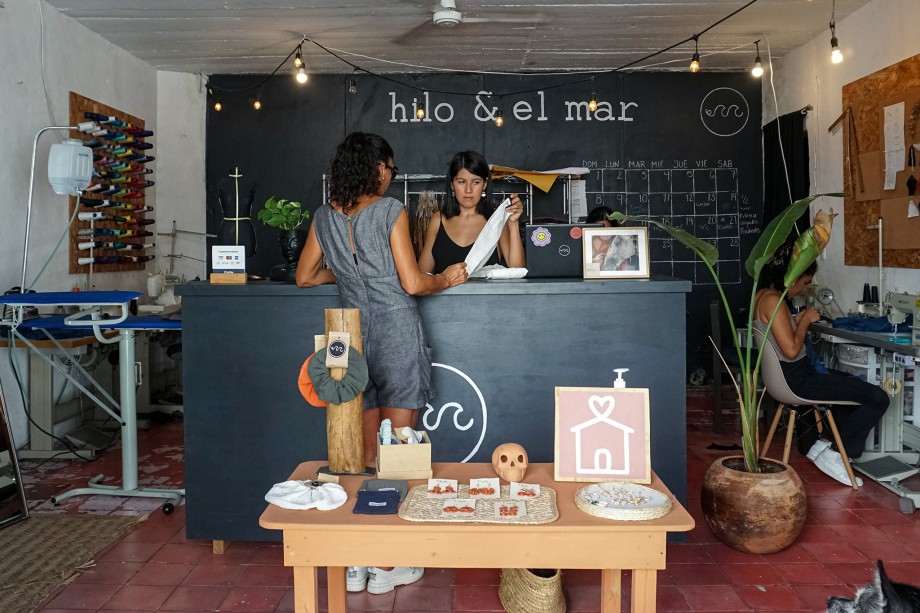 Linda Baltazar consults with a client in her studio in Puerto Vallarta.

In Mexico City, located between Nayarit and Chiapas, Mexico’s southernmost state, fashion designer Rocío Solloa de los Santos focuses on sustainability in a slightly different way. The textile industry is the second-most polluting industry in the world, after the oil industry, with up to 85% of textiles ending up in landfills or incinerators, according to the United Nations. As the head of La Rocco, a sustainable fashion brand, Solloa tries to dissuade people from discarding old garments.

“My objective is to find a new use for that piece and add something to its life that’s usable, not just put it away in the closet,” says the 26-year-old. “I didn’t see myself setting up a boutique to create clothing, because there are already so many.”

Solloa studied fashion design in school. But for other artisans, the focus on sustainability and traditional production stretches back generations.

In Chiapas, for example, members of the Malacate (“spindle”) collective, an experimental textile workshop, have been growing and harvesting their own cotton.

“My mom tells me that my grandmother cultivated her own cotton, her own thread, her own material,” says María Anastasia Pérez Díaz, 35, a member of the group. “They didn’t use the cotton that you buy from the factory that’s already in skeins.” 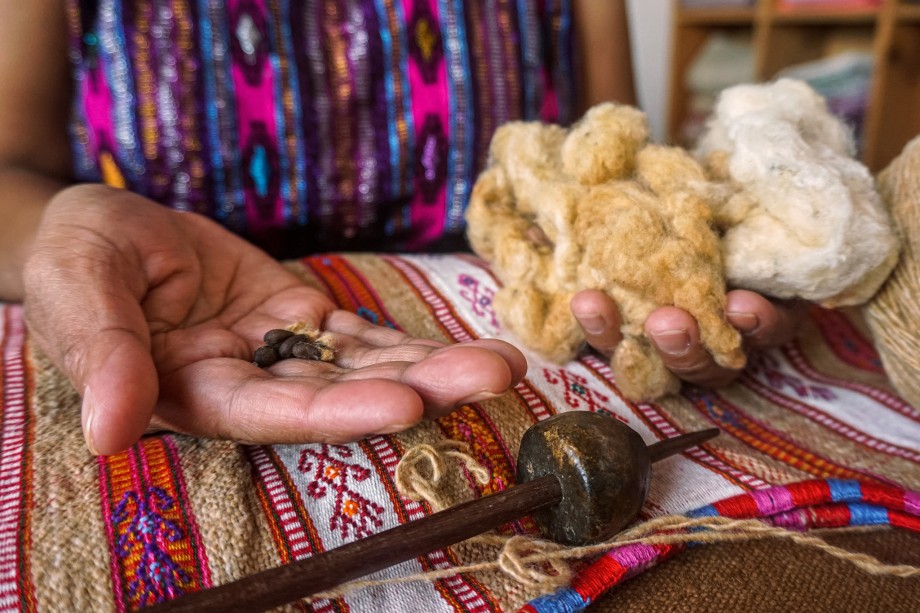 María Anastasia Pérez Díaz holds native cotton and seeds. For her family and members of the Malacate collective, growing and harvesting their own cotton takes months but preserves traditional practices.

Pérez says buying cotton would be more efficient, but doing so would mean sacrificing the knowledge that has been passed down from mother to daughter.

“If we buy thread, we save time and work, but we can also lose what our grandmothers taught us, to have the opportunity to touch the cotton that comes from the earth,” she says.

Gómez agrees that maintaining traditional practices is important. “Our work has value. It’s arduous, but if we don’t take interest in the quality of the material, our work loses value,” she says. “We try to get better every day, and do it well – with strength, with love.”