Skip to main content
The story you are reading was published on Monday July 4, 2016. To read more recent stories click here. 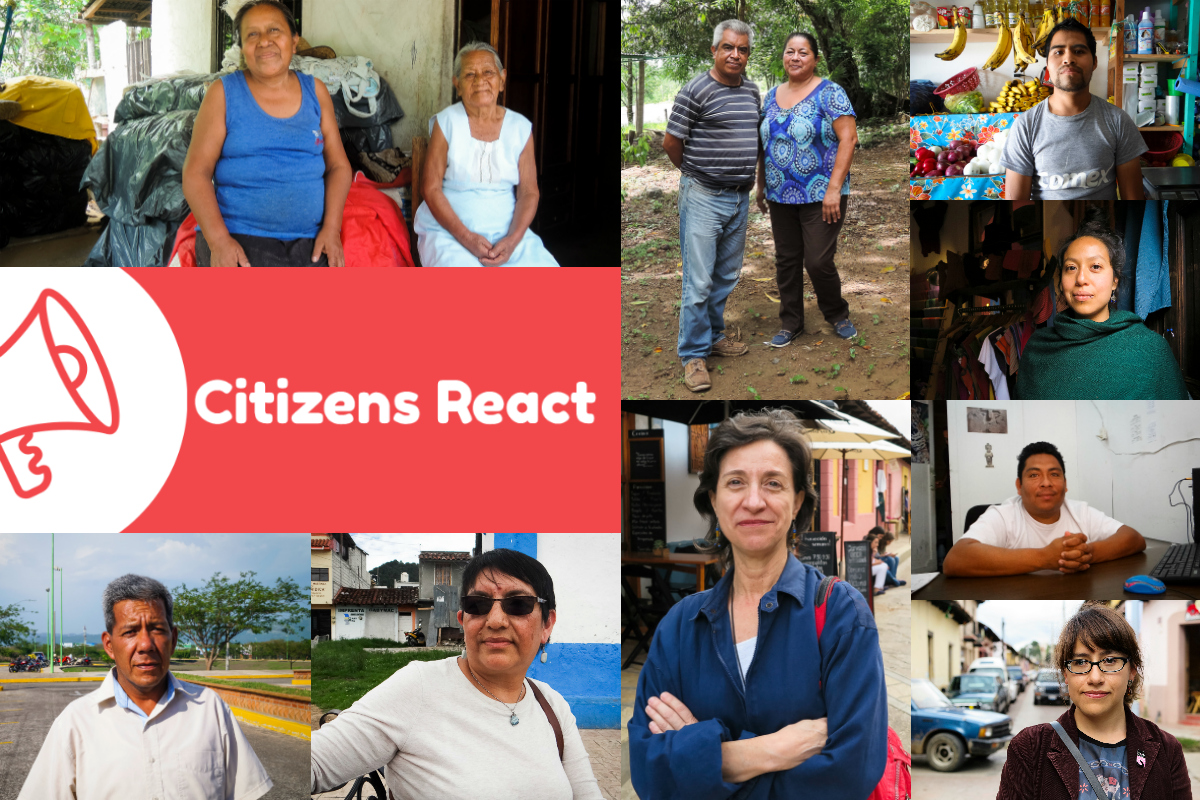 Thousands of teachers in Mexico are protesting a 2013 educational reform, and their actions have brought parts of the country to a standstill.

These teachers, who belong to the Coordinadora Nacional de Trabajadores de la Educación teachers’ union, for the past 50 days have held labor strikes, sit-ins and created road blockades in the four Mexican states of Oaxaca, Chiapas, Guerrero and Michoacán, as well as a sit-in the capital, Mexico City. Some schools in the country have closed due to the strikes.

The teachers’ dispute is over the reform, which includes the requirement that they undergo performance evaluations. That detail has become a primary point of dispute.

Protests against the reform began when it was passed three years ago, but this latest wave of protests began on May 15.

On June 19, violence erupted in the Oaxacan town of Asunción Nochixtlán when police tried to get protesters to end a roadblock. Eight people died there. Violent incidents also took place that same day in the municipality of Juchitán de Zaragoza, where two more people died.

Negotiations between the teachers union and the federal government began on June 22. The teachers continue to demand the repeal of the education reform, but government officials say that won’t happen.

Union-organized roadblocks and other protests continue across the country.

Below, people in the states of Oaxaca and Chiapas tell Global Press Journal how their daily lives have shifted due to these protests. 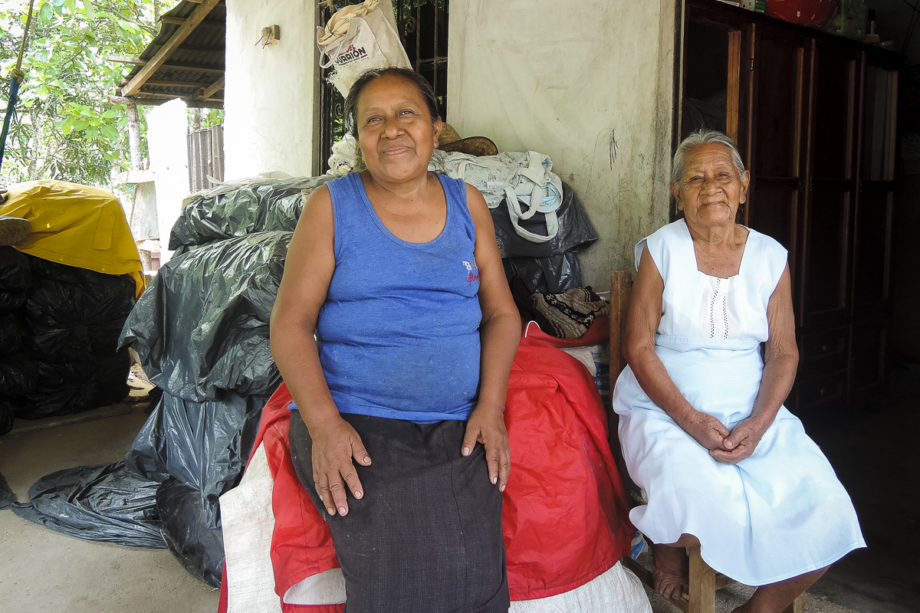 “We are marginalized people here, and we live by the day, on daily wages. And now we can’t even live by the day because of the roadblocks, while the government is not interested in reaching an agreement with its own people. We hear the silence of the road. Not a single car goes by. We have fear and sadness that if teachers…don’t communicate with the government, it will unleash hatred and more deaths.” — Yola Vela, 90, (right), sitting next to her daughter Antonia Seda Vela, 57 (left), both homemakers, Matías Romero Avendaño, Oaxaca 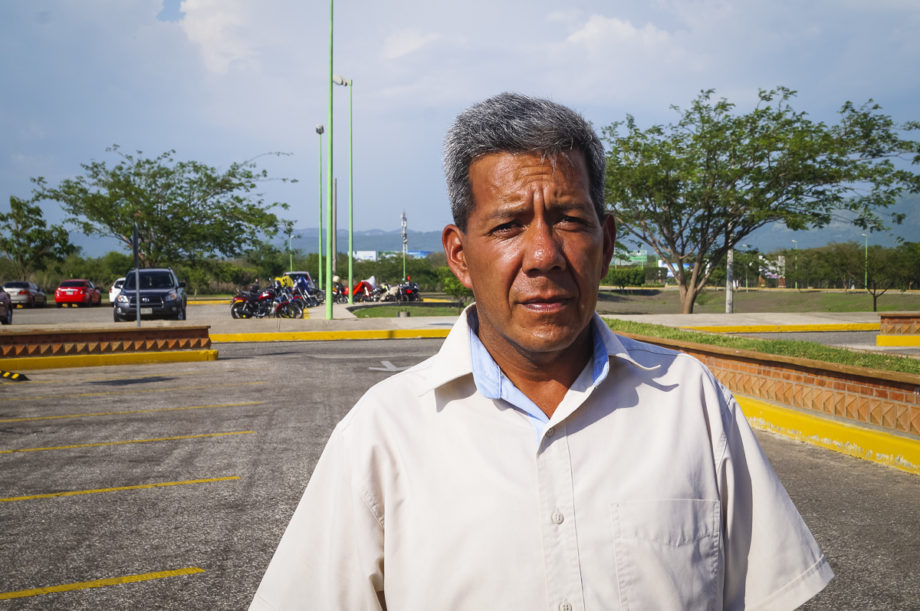 “Yes, it affects us. But I don’t think it affects all of us drivers the same. Especially for the children and young people, this movement affects them. It’s not just for one, it’s for all, for all of Mexico, what is also for Chiapas. I don’t think we can make up the days that we have now lost, neither the children nor us. That is already time lost.” — José Luis Aguilar López, 47, bus driver, San Cristóbal de las Casas, Chiapas 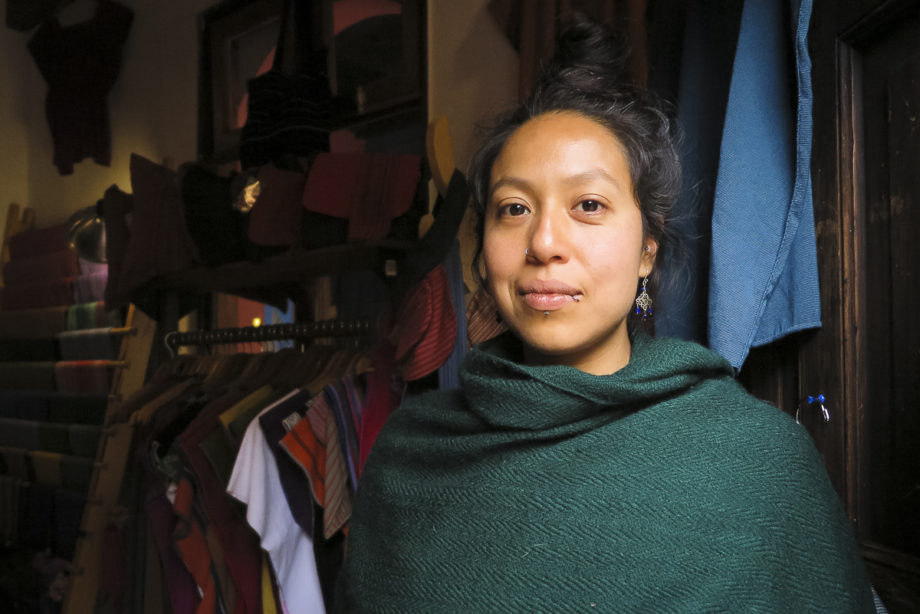 “There’s been less tourism. I think it’s exactly because of the blockades in Tuxtla. If it continues, many tourists will say, ‘Oh no, Tuxtla is blocked, we can’t get to San Cristóbal.’ Many people have already told me, ‘Oh, we can’t get there, we better go elsewhere.’” — Karina Tavera, 34, store clerk, San Cristóbal de las Casas, Chiapas 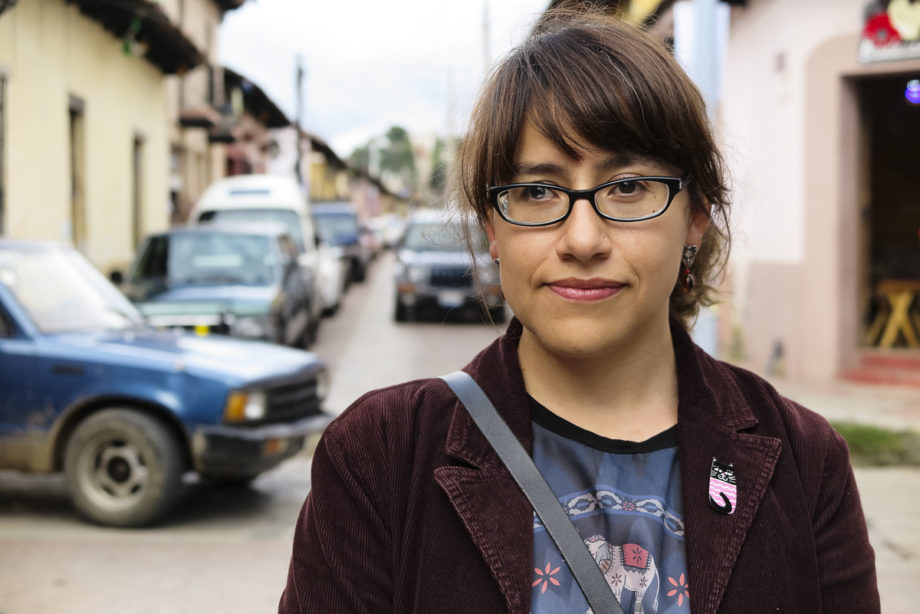 “I think we are in an important, very heated political moment and it’s time to see those small things we have always complained about, especially in Chiapas. Stoppages, strikes, blockades – they have always been present. It’s not just about not getting to Tuxtla, that my comfort is being affected, but rather it’s about more important things. I don’t think it’s going to be like a flash in the pan or a situation that is heated right now and then cools off. I’d like to think that this precedent will lead to very good things for all.” — Marusia Pola Mayorga, 36, musicologist, San Cristóbal de las Casas, Chiapas 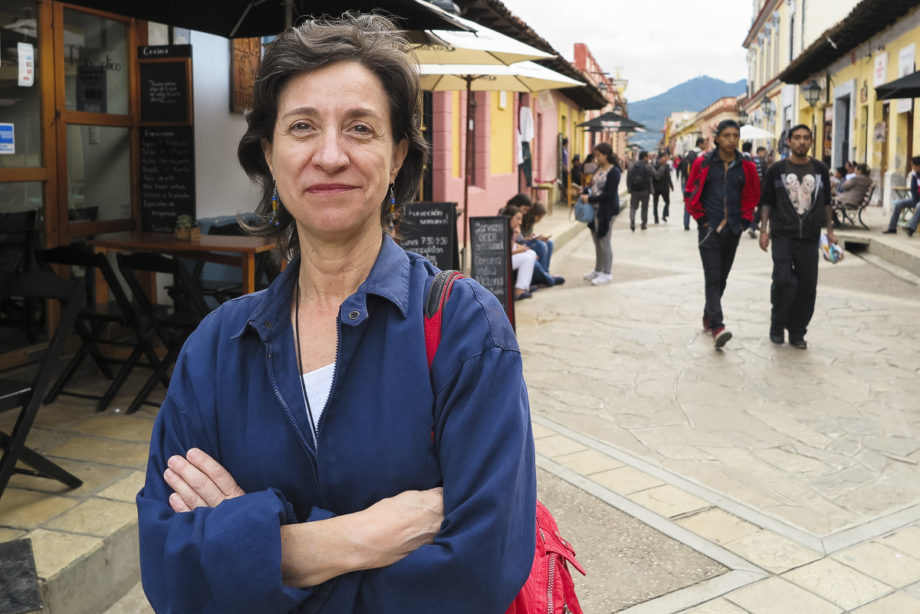 “Yes, it affects me. I have special exams and I don’t know if I’ll be able to go. Look, I very much agree with what they are protesting. It’s very clear to me that the reform would be good for nothing. I think it must be defeated, but it’s not the way to protest because the rest of us are going to get fed up.” — Claudia Herrerías Guerra, 53, a college professor who works in Tuxtla Gutiérrez, the capital of Chiapas, and lives in San Cristóbal de las Casas, Chiapas 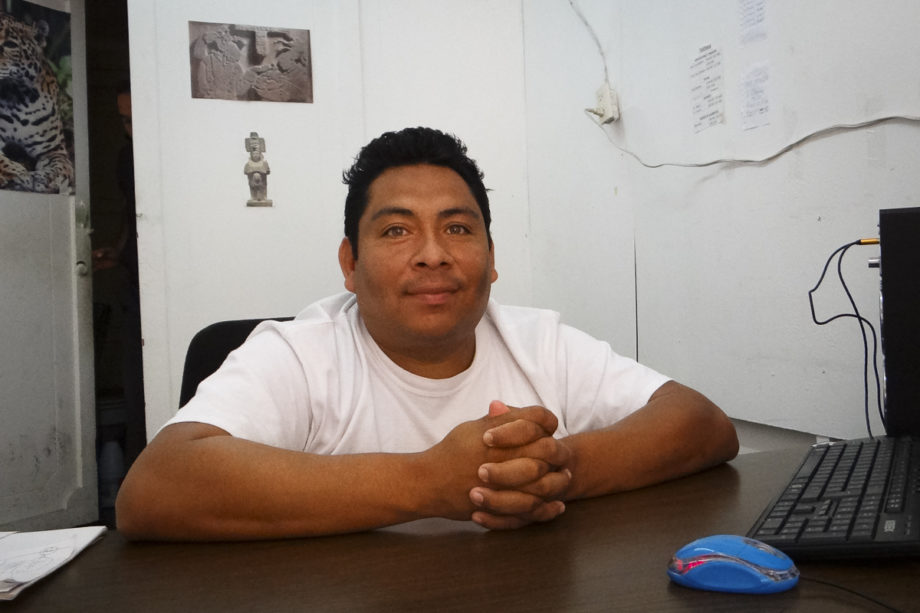 “As a citizen I’m aware that the struggle of the teachers group is good because they are fighting for a free and secular education. I am a father, and I know that they are fighting. As a tourism company, we’ve had to take some measures whenever there is a roadblock that may affect our routes. If this continues, there will cancelations and then we will have losses.” — Carlos Hernández, 35, travel agent, San Cristóbal de las Casas, Chiapas 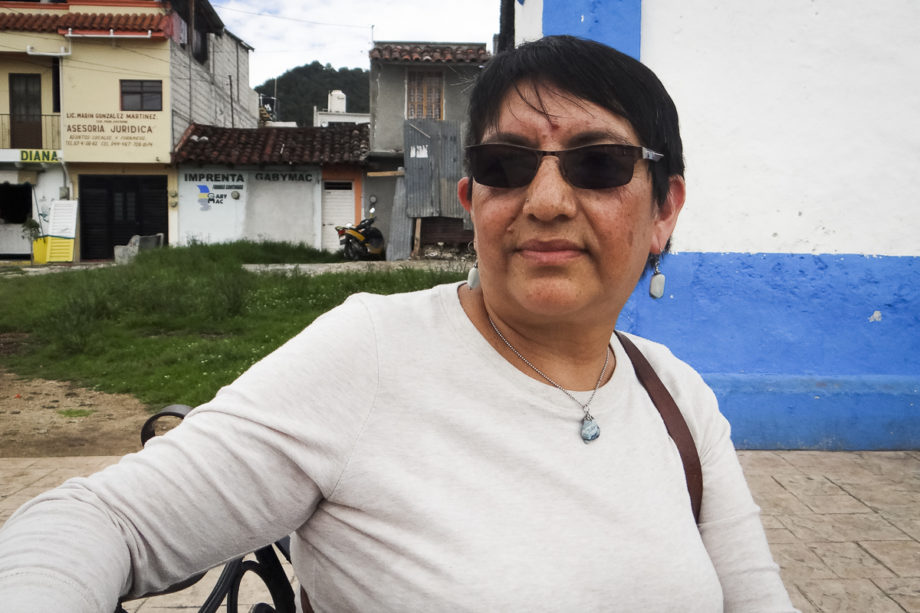 “All of us at some point have seen our lives altered as a result of roadblocks.

My mother, who is an older woman, lost a follow-up medical appointment in the city of Tuxtla Gutiérrez. We had to cancel the appointment and reschedule it to avoid her from getting stranded in the middle of the road. We were lucky that it was a routine checkup, but imagine if you were someone with a serious illness.” — Teresa Zepeda, 60, college professor, San Cristóbal de las Casas, Chiapas 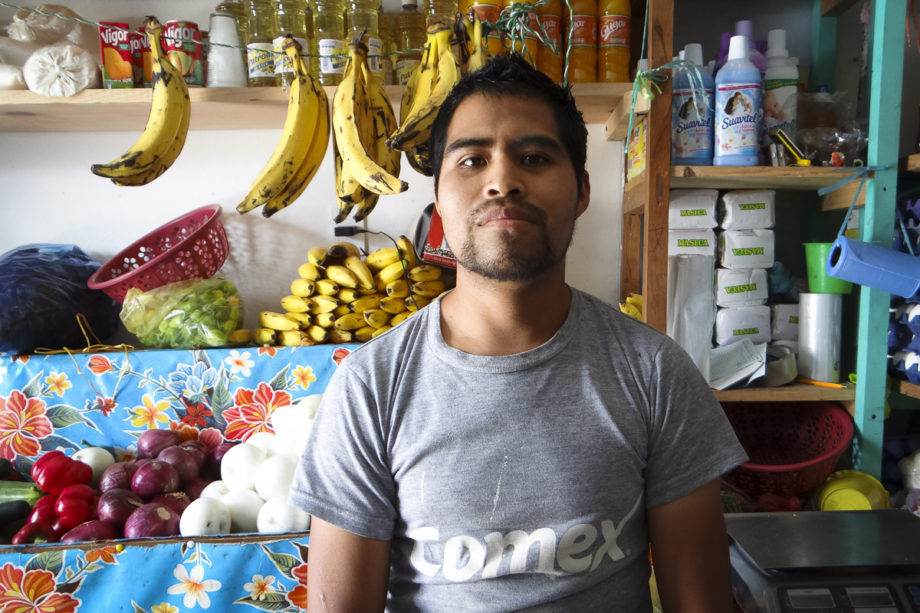 “My business depends on the purchases made by mothers who bring their children to the school across from here. Now, with the teachers’ groups strike, the school closed and the mothers are no longer coming to this area to shop. My sales have dropped by as much as 50 percent and I’ve had many losses. I had to cut the price of fruits and vegetables so they won’t stay here and rot.” — Eugenio de Jesús Santos Pérez, 28, merchant, San Cristóbal de las Casas, Chiapas 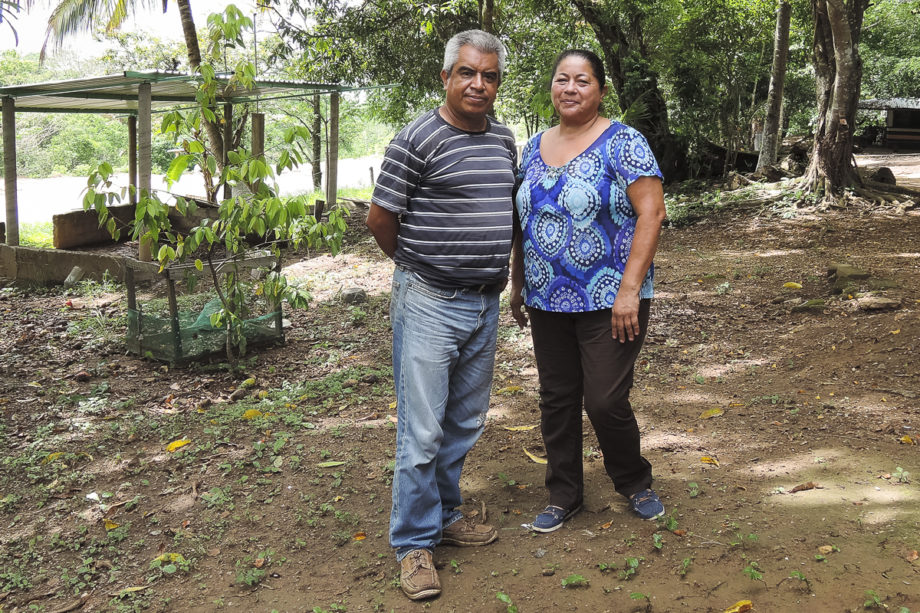 “The economy here moves through the vehicles because we are from the countryside, and we do want our products to sell. The government should instill order and come to an agreement with the unions so they can have arrangements that don’t affect others.” — José Luis Ochoa, 59, cattle rancher and car salesman, Matías Romero Avendaño, Oaxaca