Skip to main content
The story you are reading was published on Wednesday February 24, 2016. To read more recent stories click here.

SAN CRISTÓBAL DE LAS CASAS, MEXICO — Abigail Montserrat González Hernández first helped her mother sell crafts in the cobblestone streets of this city in the southernmost state of Chiapas, when she was six years old.

Now 13 years old, she says it is common for children to work in her community.

“We are child workers, and society thinks we are thieves or drug addicts,” Abigail says. “But we are people of little means.”

Child labor is often considered to be negative for children, but many people fail to recognize that it is often borne of financial necessity, says Jennifer Haza Gutiérrez, director of Melel Xojobal, a children’s rights organization in San Cristóbal de las Casas. The organization has provided free education workshops and training in the community to teach children about their legal and civil rights since 1997.

“Work is a basic condition of human life, it is a medium to dignify the lives of people, and as such, it is an activity that the girls and boys should not be excluded from,” she says.

We are child workers, and society thinks we are thieves or drug addicts. But we are people of little means.Abigail Montserrat González Hernández, 13

According to an April 2015 from the Instituto Nacional de Estadística y Geografía, Mexico’s national institute of statistics and geography, in 2013 about 23 percent of children who worked in Mexico did so in order to pay for their schooling and other personal expenses. Another 22.5 percent work because their families need the money.

A greater percentage of children in Chiapas are impoverished than in any of Mexico’s other states, according to data from the international organization Save the Children. More than 80 percent of the 1.6 million girls and boys in Chiapas live in poverty.

Mónica Lara Pérez, a representative for UNICEF México who is based in Chiapas state, acknowledges that child labor is a reality for many impoverished children, but adds that the law must be respected.

In 2014, the Mexican Senate approved a constitutional reform that raised the minimum age to work from 14 to 15 years old.

Education should be used as a tool to eliminate child labor, Lara Pérez says.

However, Lara Pérez says she acknowledges the value of Melel Xojobal’s efforts in empowering children.

“It is a very valuable work that UNICEF recognizes,” she says in a phone interview. “Sure, there are points in which there is not total agreement, but the importance of the organization in opening doors to citizen participation, which is very important, is recognized.”

Here, children share their experiences in the working world. 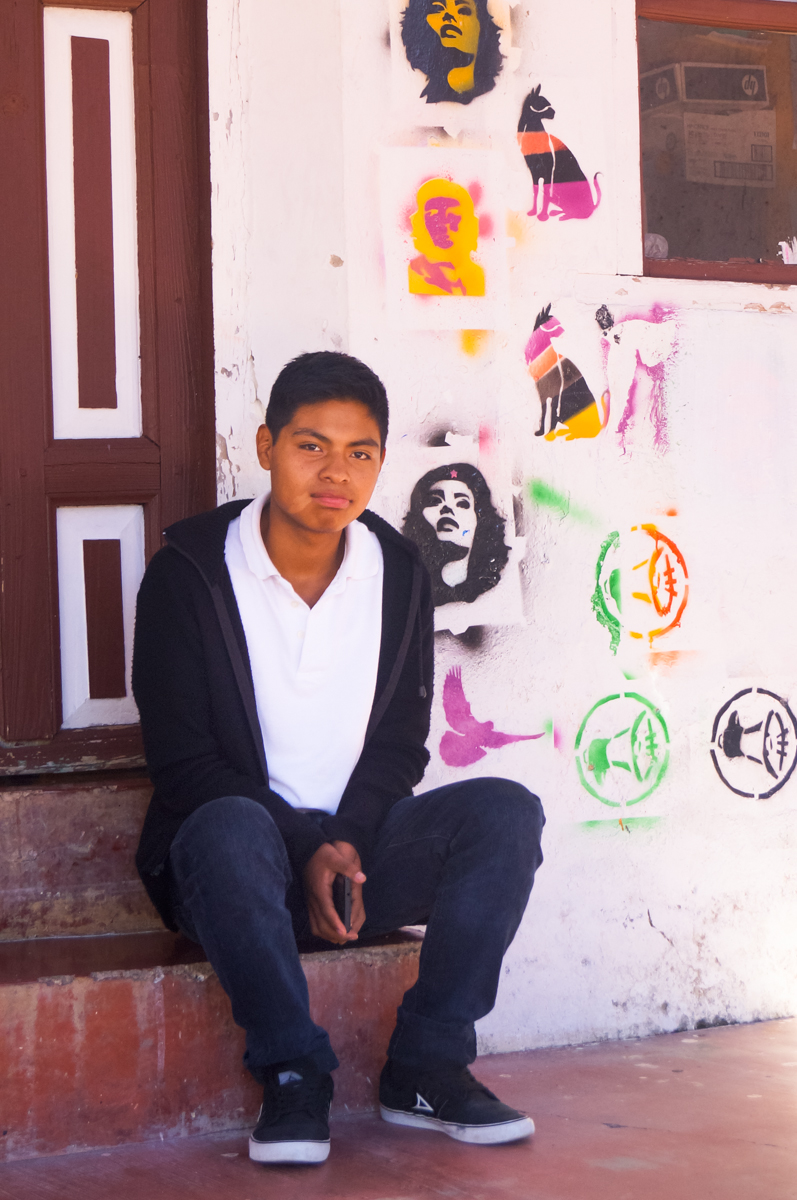 Victor Luis Pérez Ton, 14, works at a bakery in San Cristóbal de las Casas. In Mexico, the legal minimum age to work is 15. But Victor says he likes to work, and he must also help his family financially.

Victor Luis Pérez Ton says he began working when he was 2 years old. He walked through San Cristóbal de las Casas with his family to sell the bracelets his mother made. He also sold gum and animal figurines made of clay.

He says he noticed four years ago that there were many other children seling similar items, so he bought his own shoe box and supplies to become a shoe polisher. That’s one of many jobs he’s worked. About two years ago, he took a job making bread at a bakery.

Between work shifts, he attends school.

“I have always gone to school and to work,” he says. “And when I work, it is not because they obligate me to, but because it is my preference. We want to earn our life.”

Victor says he gives his mother half of his earnings to help with the family’s expenses. He keeps the other half to pay for his school supplies.

He says he learned at a young age that he was expected to contribute. But he never knew he had rights. For years, he says, he endured harassment and exploitation by customers and employers who took advantage of him because of his age.

“They insulted me, they harmed me,” he says.

About five years ago, while he sold items in a restaurant, he says representatives from Melel Xojobal approached him and invited him to participate in the workshops.

Victor says he’s learned how to speak up if he’s being unfairly treated, and how to identify violence. He’s also learned about sexuality and health, he says.

“The most important thing I have learned is to value myself,” he says.

Victor says he hopes to one day become an engineer. But, he says he needs to continue working to help him reach that goal. Instead of making child labor under 15 illegal, he says, he hopes attending school and supplies for it will one day be free so that he could have a guaranteed opportunity for higher education.

“I also have dreams,” he says. 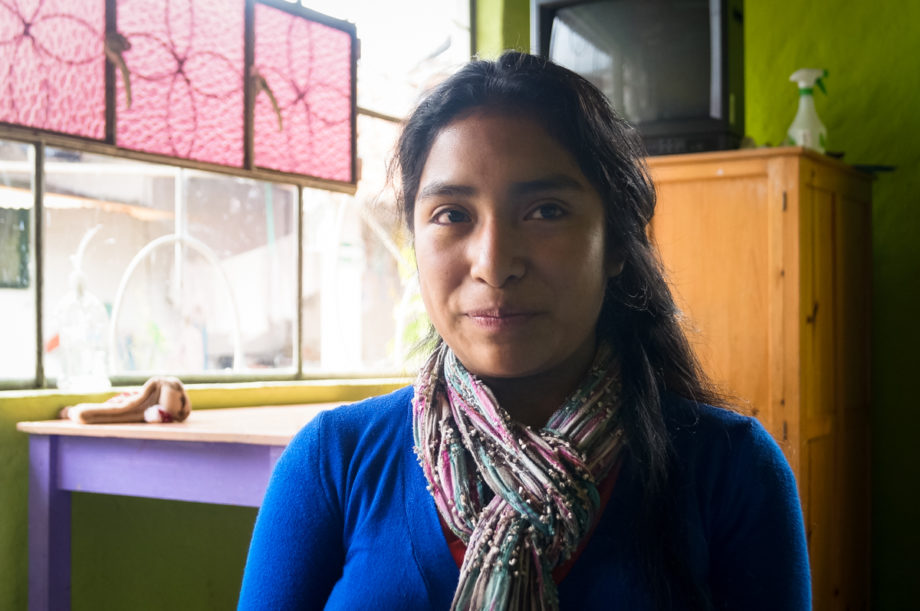 Rosa María Hernández Xilot sells crafts every weekend at local markets. She has been working for the past 12 years, Rosa says, enduring mistreatment, often at the hands of local police.

“Sometimes they do tell me, ‘Why are you sitting? Do you come to work or do you come to sit down?’” she says.

Rosa, who recently turned 15 years old, says she started working when she was 3 years old, when she accompanied her mother to sell crafts around town. She didn’t start school until she was 10 years old. Even then, she says, she worked 15-hour days, selling crafts late into the night.

Since attending Melel Xojobal’s workshops, Rosa says she has the confidence to demand respect, even from police who harass her.

“I tell them, ‘Well, I am resting because I got tired of walking. Are you saying you don’t get tired?’ And then they don’t say anything to me,” she says.

Now that Rosa is in secondary school, she only works weekends. She says she’s personally offended by the Mexican government’s change in minimum working age.

“Perhaps the president thinks that (children) older than 15 eat, and those younger than 15 do not need to eat?” she asks.

Rosa’s mother tells her she must work hard to have the kind of life she wants. 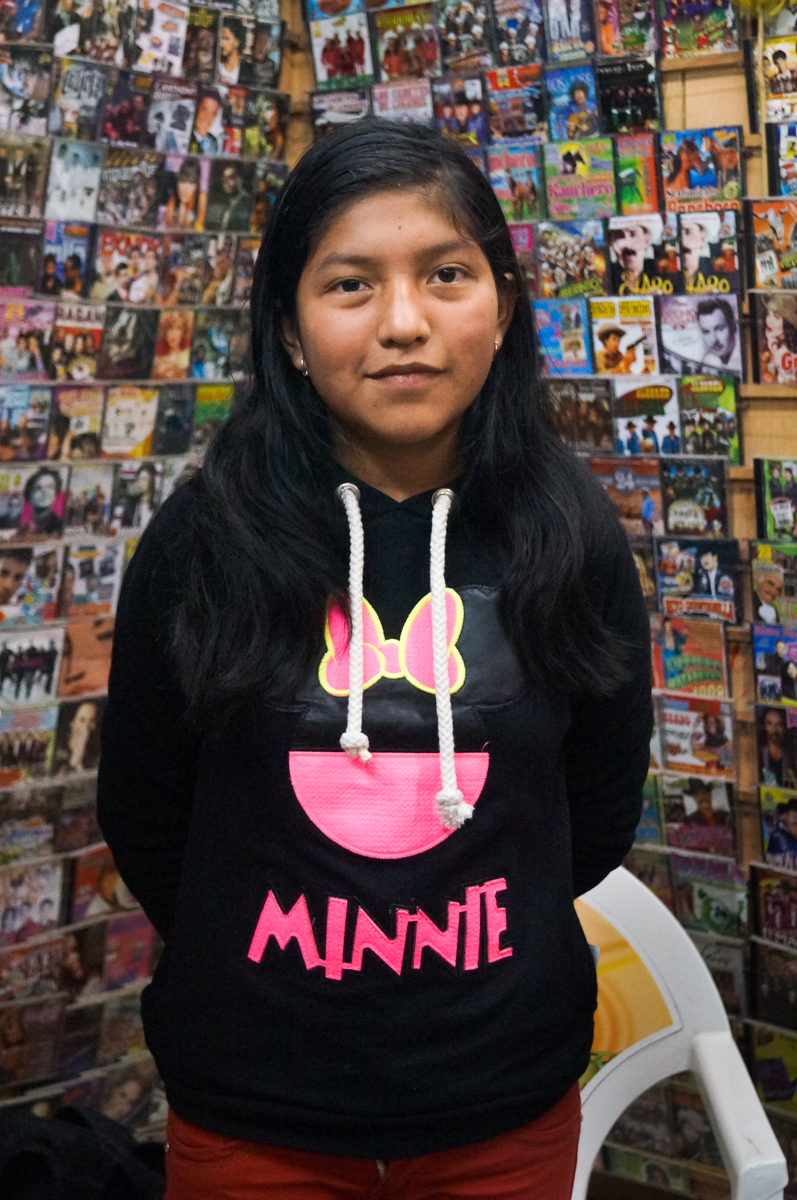 Cinthia Jaqueline Velasco Cruz hopes to one day be the first woman from her family to attend a university. In the meantime, the 15-year-old helps her mother sell CDs at a local market in San Cristóbal de las Casas, a task she has been performing since she was four years old.

Cinthia Jaqueline Velasco Cruz wants to one day be a forensic doctor or surgeon.

If she succeeds, she’ll become the first woman in her family to attend secondary school, she says.

Since she was four years old, Cinthia has helped her mother sell CDs at a local market. Her dream, she says, was to always help her mother work and to live forever in San Cristóbal de las Casas. She recently turned 15 years old, and can now work legally. But before her birthday, she learned from Melel Xojobal’s programs that she should be able to work if she wants to. Now, she’s eager to help other children defend their right to work.

“My dreams began to change. I began to say, ‘Well, I would like to have a job in which I can help my community, and not just one person,” Cinthia says.

In 2015, Cinthia participated with Melel Xojobal in the IX Encuentro Latinoamericano de Niños, Niñas y Adolescentes Trabajadores, a meeting of children and adolescents from throughout the  Americas, hosted in Paraguay. There, she met other children who participated in organizations.

She was so inspired by those children, she says, that she dreams of starting a child-run lobbying organization to interact with legislators on issues that impact children.

Cinthia is determined to continue earning money as well as organize her peers.

“It is important to organize ourselves more,” she says. “It would be a great achievement to be able to defend our work in San Cristóbal.”