Skip to main content
The story you are reading was published on Wednesday November 23, 2016. To read more recent stories click here. 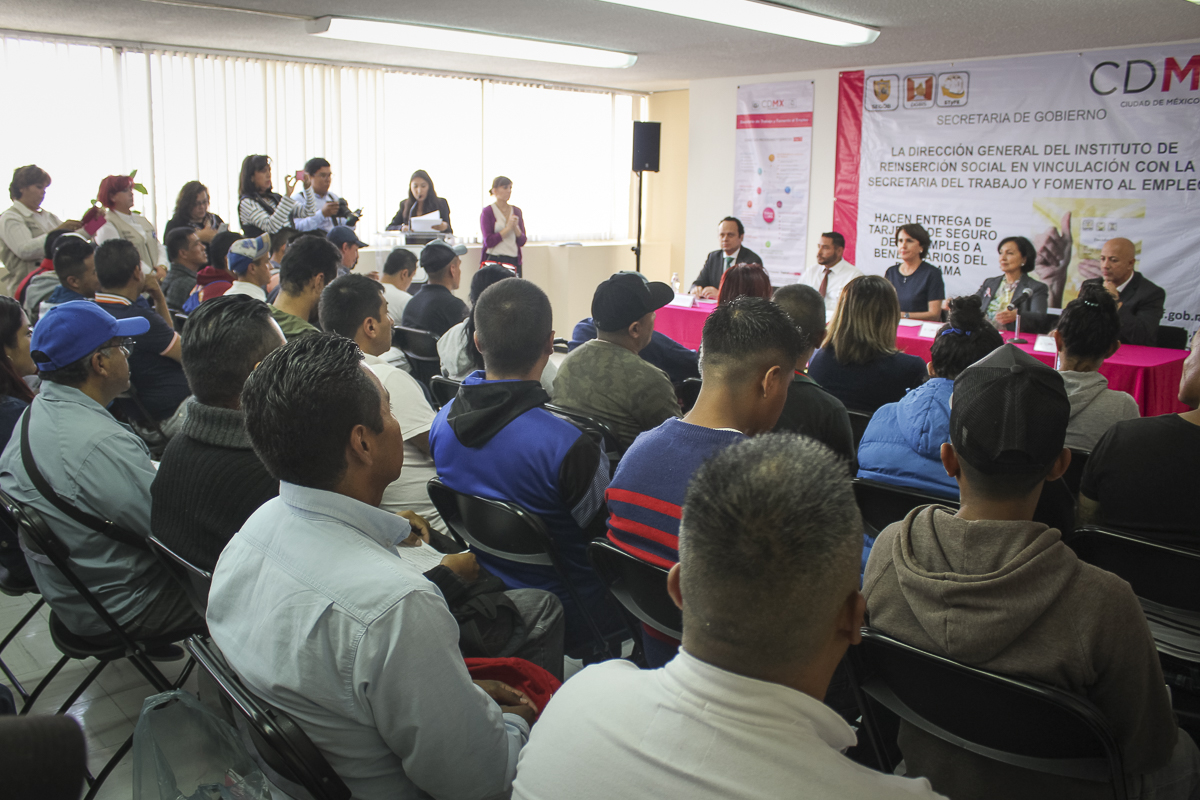 MEXICO CITY, MEXICO — About 185,000 people are released from Mexico’s prisons each year.

For many of them, discrimination becomes a part of life shortly after their release. Finding work is one of the biggest challenges, says María Sirvent Bravo Ahuja, the institutional coordinator of Documenta, a legal organization focused on the criminal and penitentiary system.

Because of a lack of follow-up, it’s difficult to know how many of these former prisoners are currently unemployed, says Sergio Palacios Trejo, general director of the Instituto de Reinserción Social del Distrito Federal, a city government organization that supports former prisoners in their social reintegration.

Between September 2012 and October 2016, the institute has supported 11,278 former prisoners or those on early release. About 90 percent of them were seeking employment, Palacios Trejo says.

“From society, from companies, it’s as if there’s no commitment to reintegrating these people into society and workplaces,” she says. “And the stigma—it’s like, ‘How could I hire a person who committed a crime?’”

There are some success stories, Sirvent says.

But most prisoners struggle to find their way. 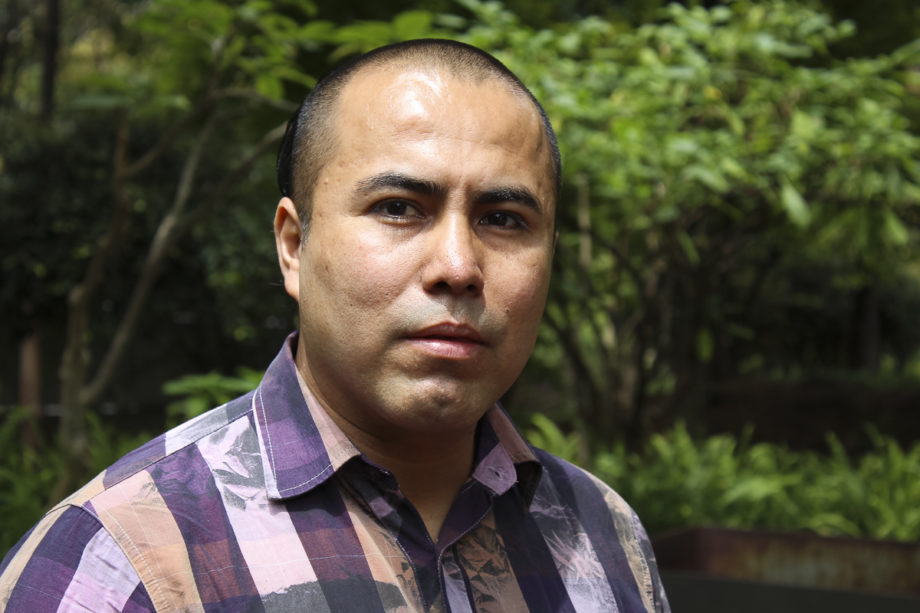 Israel Emmanuel Pineda Moreno says his family was a source of both support and conflict for him as a prisoner.

At 23 years old, Israel Emmanuel Pineda Moreno was found guilty of aggravated robbery, false imprisonment and carrying a weapon. He spent the next eight years, six months and 15 days in prison. He was released in 2011.

“They really are lost years, years that you never get back, and that for me has been a very big psycho-emotional conflict,” he says. “But I think that little by little, I’m getting used to it, and I’m trying to change it.”

Family support is fundamental, the now-37-year-old man says, adding that his mother always supported him.

But his family also became a source of conflict. They were affected economically because they financially supported him while in prison, and they felt emotionally exhausted. They also demanded a sort of payback for all of the past support they gave.

“You get the stigma of always being the example of what you shouldn’t do,” he says. “So you have to shoulder that part, in which you are a walking life lesson.”

Despite all that, he says his family helped him find a job handling administrative tasks for political parties.

That luck has extended to his own ventures. In 2013, he created In Dubio México Pro Reo, a program that works with local youths to help them avoid crime and with former prisoners to aid them in reintegrating into society. In 2015, the program worked with around 250 people.

Pineda Moreno says he felt it was important for him to help others, since he knows how easy it can be to fall into bad habits when a former convict returns to their previous environment, and he’s familiar with the fear and uncertainty of those returning to society.

He no longer lives in his old neighborhood, where his former friends still engage in criminal activity. But his family tells him about them.

“In my case, my friends continue committing crimes, so the social surroundings continue to be the same,” he says. 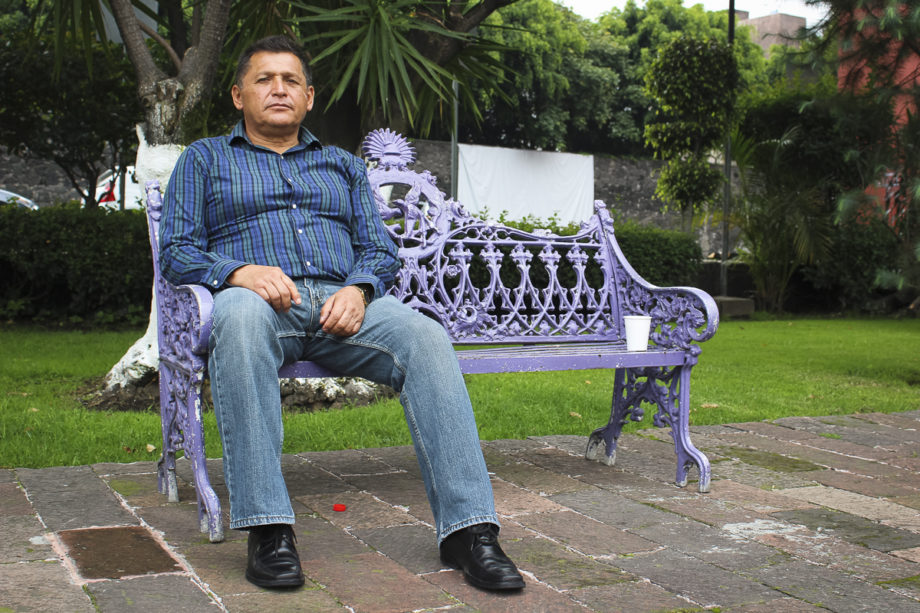 Getting an early release from prison has limited Arturo Castañón’s ability to find work.

Arturo Castañón travels every Wednesday to the Penitenciaría Modelo “Dr. Guillermo Colín Sánchez,” a government prison. The trip takes him at least two hours, he says.

Castañón, 58, has nine years remaining in his nearly 24-year sentence for robbery, he says. His early release in July 2014 freed him from the prison walls, but not from the time he owes the state. Per his release conditions, Castañón must make this weekly trip in order to sign an attendance sheet.

He has been in prison on two other occasions, both times also for robbery. In total, he has spent 20 years in prison, he says. That’s about a third of his life.

But the conditions of Castañón’s early release limit his chances of finding work, he says, because he has to have one day off every week to provide his signature. When he’s applied for some jobs, he’s been asked to prove that he doesn’t have a criminal record.

Castañón completed middle school in prison, but couldn’t complete high school because of problems with prison personnel, he says.

He taught himself law and has been able to find some work writing appeals and other legal documents for people in prison, he says. But he’s not a lawyer, so he can’t litigate cases. Although he receives some work from prisoners or their families, the work isn’t steady, so he can’t rely on that income.

Another difficulty for Castañón is not having a Credencial para Votar, an official identification granting permission to vote. Although he’s not in prison, Castañón continues to serve out his sentence, so voting rights are suspended, in accordance with Mexican law.

The voting card—known to locals as the IFE, the initials of the federal electoral institute’s former name—is also commonly used as a general identification card in Mexico. 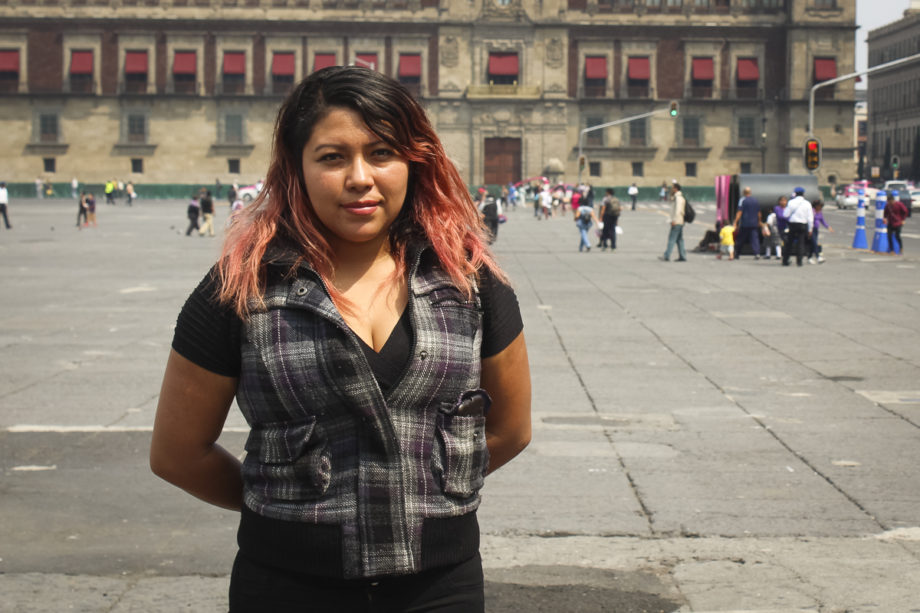 Liliana Garduño Ortega had no idea that participating in a protest would land her in prison.

Liliana Garduño Ortega was detained by the police in November 2014 during a protest at the Plaza de la Constitución, also known as the Zócalo, the main public plaza in the country.

She and the other protesters were drawing attention to the disappearance of 43 students in Guerrero state, in the country’s southeast, in September 2014. The reasons for their disappearance remain a mystery, and many protesters believe the state’s law enforcement and government were complicit.

She and 10 other people were taken to a federal prison on charges of rioting, criminal association and attempted homicide. Garduño Ortega says they were presented with these charges after police accused them of verbally threatening and physically attacking an officer, in which she denies any involvement.

The police accused also them of being part of an anarchist group that had caused damage during the protest, she says. Garduño Ortega, who was then 30 years old, says the detained people didn’t even know one another.

They were all freed nine days later, since there wasn’t sufficient proof of the alleged crimes, according to a press release from the Instituto Mexicano de Derechos Humanos y Democracia, a civil society organization that defended some of the other people who had been detained, but not Garduño Ortega.

[It’s as if] we are still in prison.Arturo Castañón, a former prisoner, struggling to find work on the outside

But the case remained open through October 2015, Garduño Ortega says. The Procuraduría General de la República, the country’s attorney general, appealed the sentence, and that process continued for nearly one year.

Throughout that process and even after it was over, Garduño Ortega says she didn’t want to leave her home. But she also feared that the police would find her there and detain her again.

“I couldn’t sleep; I was always alert and aware,” she says.

She dropped out of high school, she adds, and felt stuck and sad.

Various media outlets covered the case of the 11 detained protesters until they were freed. Their names and photographs were published in the press and on social media.

“You see your photo along with both positive and negative comments,” she says. “I remember one comment from a girl [that said], ‘That’s what she gets for being a rowdy troublemaker. That’s good, she earned it.’ That comment stuck with me.”

Garduño Ortega also feared telling people her name, thinking that someone would identify her and label her a criminal.

She says her family and friends always supported her, but some acquaintances also asked her if she had actually done it.

“People don’t get it or really know you. There were comments that probably in the moment did affect me,” she says. “We were judged, I was judged. For better and for worse.”

But time has helped. Garduño Ortega says she’s no longer worried about being called out, nor does she live with the uncertainty of being detained again. She feels strong enough to express herself now, she says.