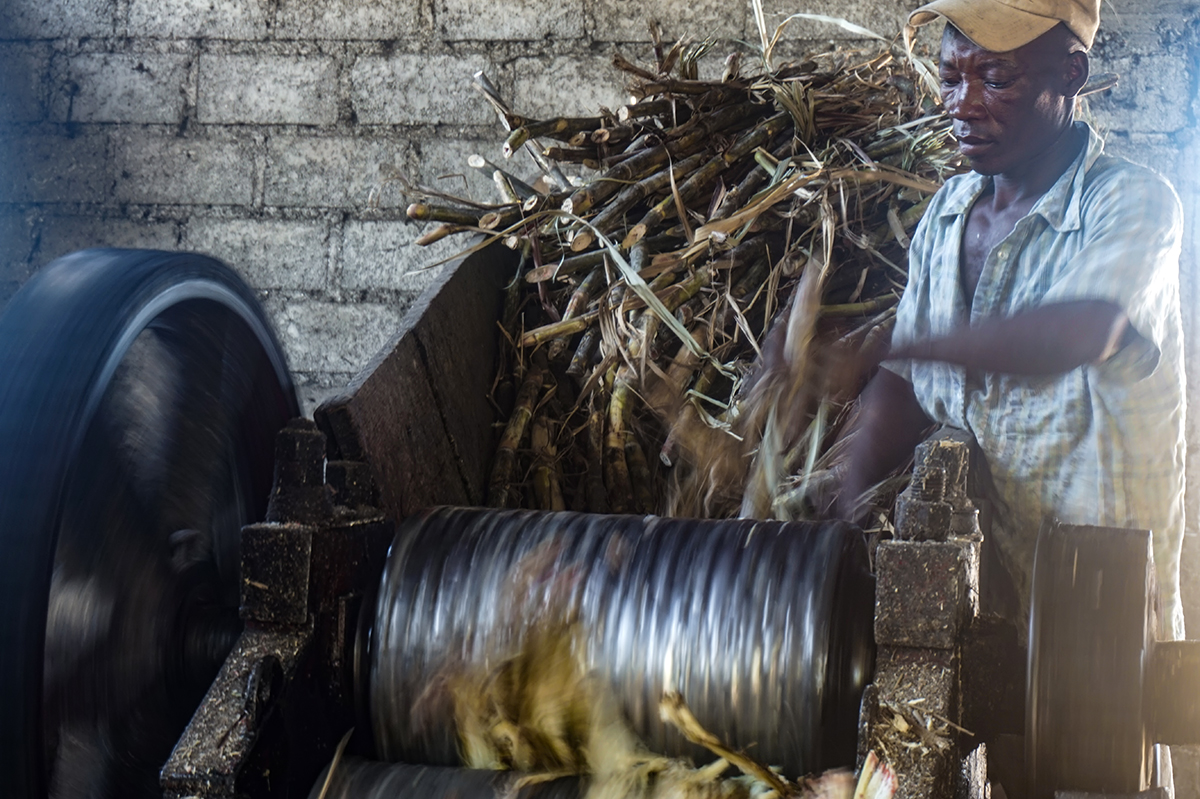 LÉOGÂNE, HAITI — Farmers trek through sugarcane fields in this remote expanse, where the land seems to touch the sky in the distance.

Morning dew splashes as their sugar-filled, ox-drawn carts head toward the craft distilleries, known as guildives, which produce clairin, a strong local alcoholic beverage that is distilled like rum – with a pungent smell and cane flavor – that is unique to this region.

Camil says the distilleries, about half of which were damaged in the 2010 earthquake, are struggling to get enough sugarcane but are still promising signs for the future of Haiti’s economy. The nation has long been dependent on international aid and imported products, but Camil and other distillery owners are creating jobs and boosting the local economy on their own, he says.

At his small distillery, he employs 19 people, who plow sugarcane and process it to make clairin. He says his employees earn up to 500 gourdes ($7) per day, significantly more than the 290-gourde ($4) daily minimum wage required by law. 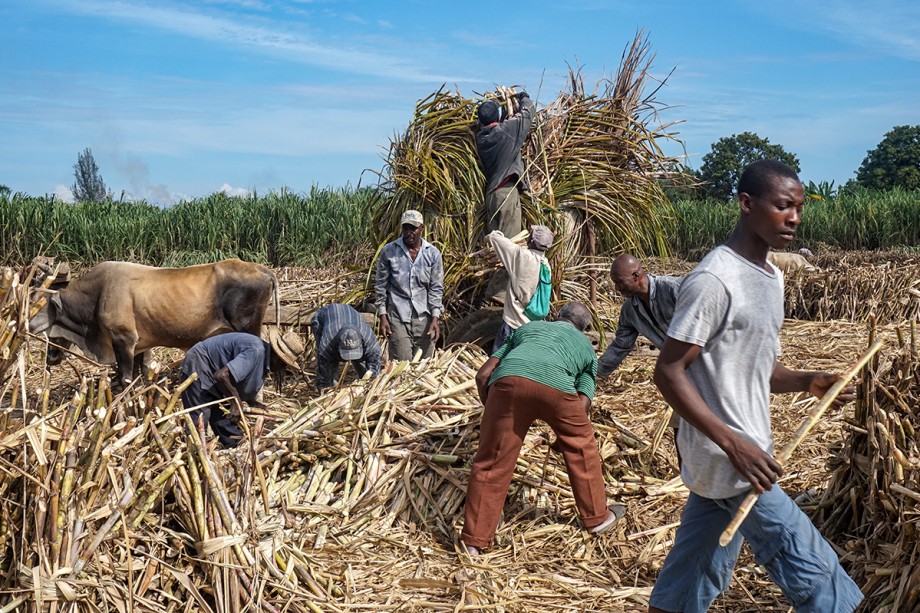 Sugarcane production is declining as more people move into this area and dwellings replace farmland.

“We can produce four to five barrels of clairin every day,” Camil says.

But the work is not without challenges. Most of the country’s alcohol products are imported in bulk and sold in supermarkets for less than $2, while a gallon bottle of clairin sells for the equivalent of $7.

“That makes it harder for us to sell our brand, because they offer prices far below what we charge for our local craft spirit,” he says.

Clairin, a distilled spirit native to Haiti, relies on sugarcane production. During frequent sugarcane shortages in and around Léogâne, the pace of clairin output slows. Yet the more than 100 small guildives in Léogâne are primary job creators in the region.

Most of the country’s alcohol products are imported in bulk and sold in supermarkets for less than $2, while a gallon bottle of clairin sells for the local equivalent of $7.

Eddy Labossiere, an economics professor and president of l’Association Haïtienne des Economistes, an association of Haitian economists, says guildives are a unique element of the Haitian economy.

“An analysis of the entire value chain [shows] the need to have enough locally available raw materials,” he says. “The question arises as to whether we have sufficient sugarcane to feed our distilleries, which produce clairin and other beverages.”

Melour Civil, who has been working to organize farmers and distillers here for 10 years, says sugarcane farmers are facing obstacles that have negative consequences for the clairin industry.

“The biggest challenge facing us today is that large swaths of land fit for sugarcane farming are giving way to dwellings,” he says.

There are other difficulties, Labossiere says.

“Increased production will remain a pipe dream unless factories are modernized,” he says, adding that most of the sugarcane process is done by hand. 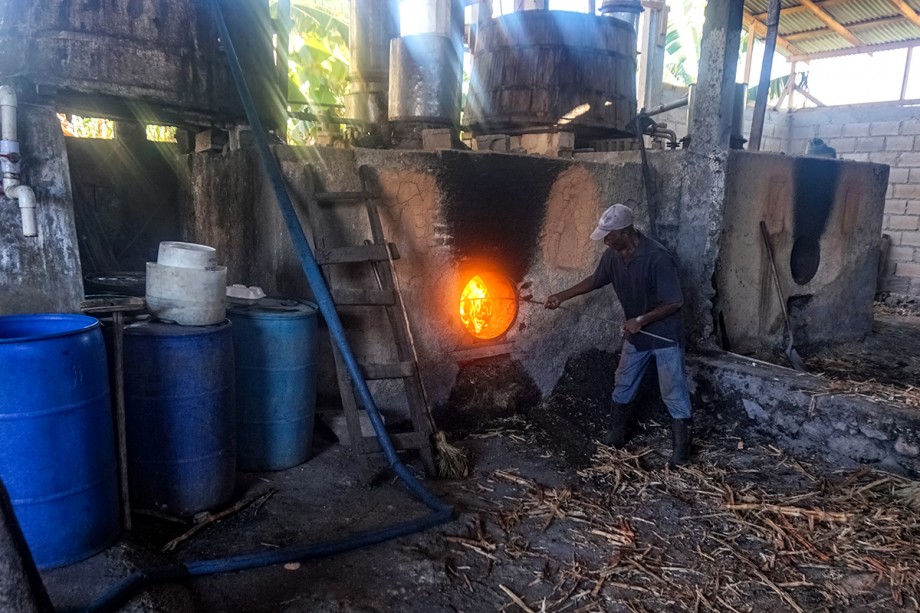 Edmond Leger works in one of the guildives, or craft distilleries, in Léogâne, Haiti. He produces clairin, a popular, tasty alcoholic beverage that is unique to Haiti.

But working in the guildives can be transformational.

“I rely on sugarcane for my livelihood,” he says. “It helps me afford to provide for my family, and what’s even better is that I’ve been able help other young people to land jobs in this distillery. I work here and eke out a living with dignity, and there’s nothing that means more to me.”

But the lack of available sugarcane is pushing up the prices of clairin and affecting the whole supply chain, says Janette Louis, who has been selling clairin for 20 years.

“We only rely on feast days and popular celebrations to sell a bit of our products,” Louis says.

Still, the mood in the guildives of Léogâne remains positive.

“We will continue to make our contribution to national development by creating jobs,” Camil says. “We just want to make clairin and create jobs.”