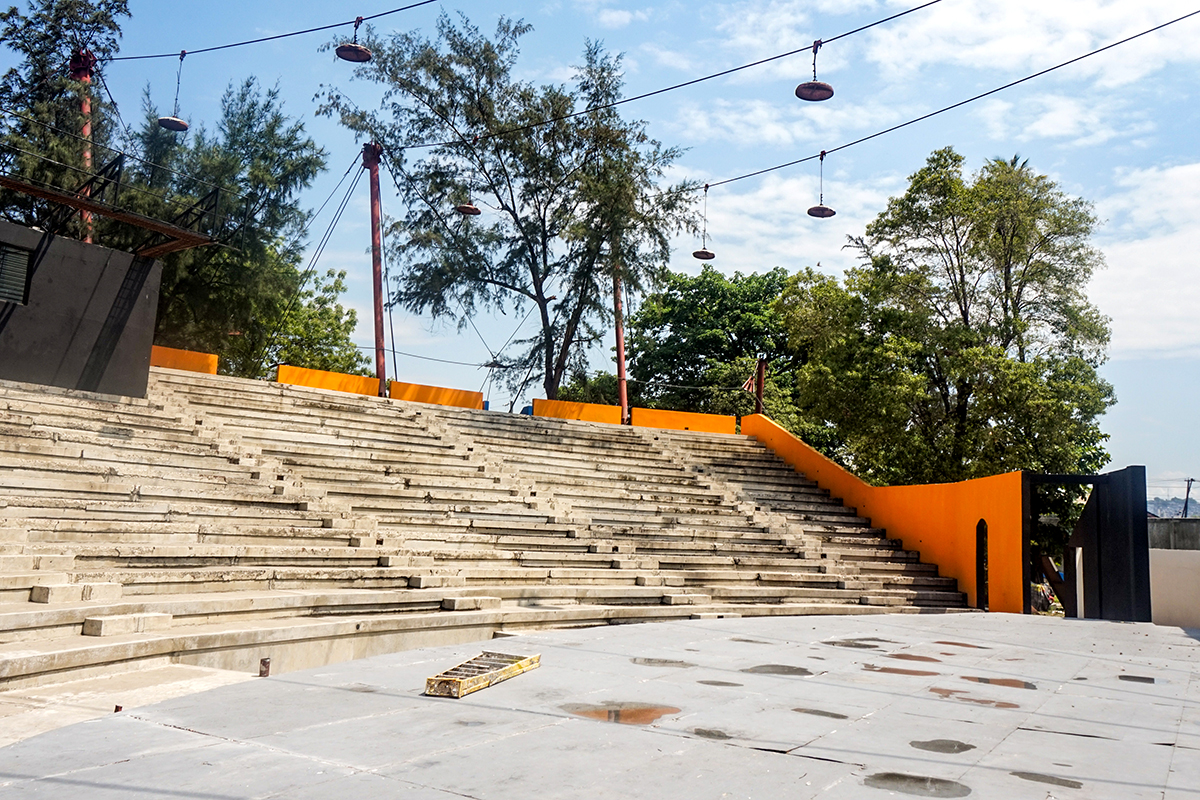 Local theater was on the rise here until the devastating 2010 earthquake destroyed much of the city, including progress for the arts.

Yves Penel, a Haitian who studied drama in France, says growing a culture around theater took time. There were few active theaters here in the 1970s, Penel says. He began organizing outdoor theater events during the summers, and by 1986 the National Theater came into existence.

Theater started gaining favor among locals, but poverty and a lack of local arts culture prevented it from getting a strong foothold. The earthquake destroyed any progress toward a wider cultural acceptance of theater.

A new generation of advocates began rebuilding the local theater scene in 2013, when the National Theater reopened.

“Today there’s no major theater apart from the National Theater, because the majority of theaters have shut their doors because of the earthquake,” says Penel, who became the director of the National Theater in 2013. He says there is a growing number of small playhouses and theater companies. 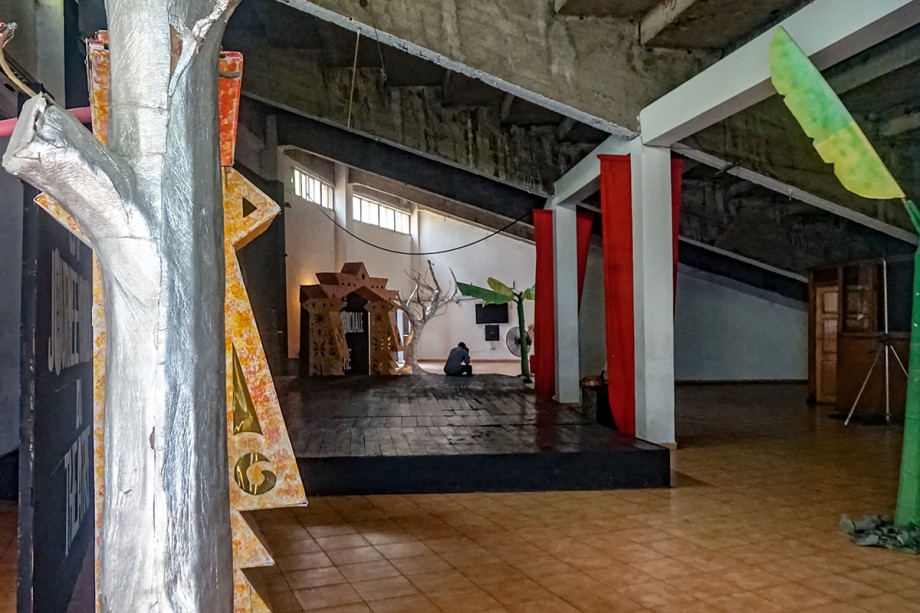 Now restored, the National Theater is home to plays that call attention to local social issues.

Since reopening, the theater has put on more than a dozen performances, Penel says.

Patrice Daniel Fréderic studied acting in school, but now he says he’s using theater to increase awareness about social problems. Fréderic is a playwright and actor in the Compagnie de Théâtre Ami, a local theater company that aims to offer glimpses into everyday life in Haiti.

“I take inspiration from everyday realities. I write about life, my experience, and I present real-life glimpses of everyday situations in Haiti,” Fréderic says.

“We aim to trigger change through our theatrical performances,” he says. “We use theater to get our voice heard and voice our frustrations.”

One example is a play called Mon Ami Pierrot, written and directed by Haitians, about two childhood friends who face a challenging situation as adults. In the play, Jonas, a teacher and journalist, is kidnapped by a gang. Pierrot, his childhood friend and a member of the gang, is asked to murder his friend. He refuses and kills himself instead.

Though the quake was more than eight years ago, rebuilding has been slow.

“We faced infrastructure challenges as a result of the earthquake,” Penel says.

For Mackenson Israël Blanchard, a business student who has been acting for 10 years, reopening the National Theater is a step in the right direction.

“Theater can be at the service of development because it is simply exposing the reality of our society, allowing community members to get a grasp of such a reality and draw some lessons,” Blanchard says. “And I’m optimistic that the message conveyed through theater falls on the ears of people who can learn from our work.”

Billy Elucien is a founding member of the Association des Professionnels du Théâtre Haïtien, an association of Haitian theater professionals. He’s also a theater director and drama teacher at Acte, a drama and training school for actors, whose objective is to revive Haitian theater. Elucien hails the role of drama in rebuilding society.

“Following the earthquake, the government called upon all playwrights to offer therapy using theater. Although there are psychologists, the role of theater in alleviating the plight of Haitians affected by the disaster is highly valuable,” Elucien says.

“Our aim is to bring theater back to life again, because it has lost much of its reputation since the 2010 earthquake,” he adds.

Elucien says they are working to rebuild the culture of theater not only by reopening the theater but also by training actors, comedians and playwrights.

“We believe that theater can contribute to national development and generate changes,” Elucien says.