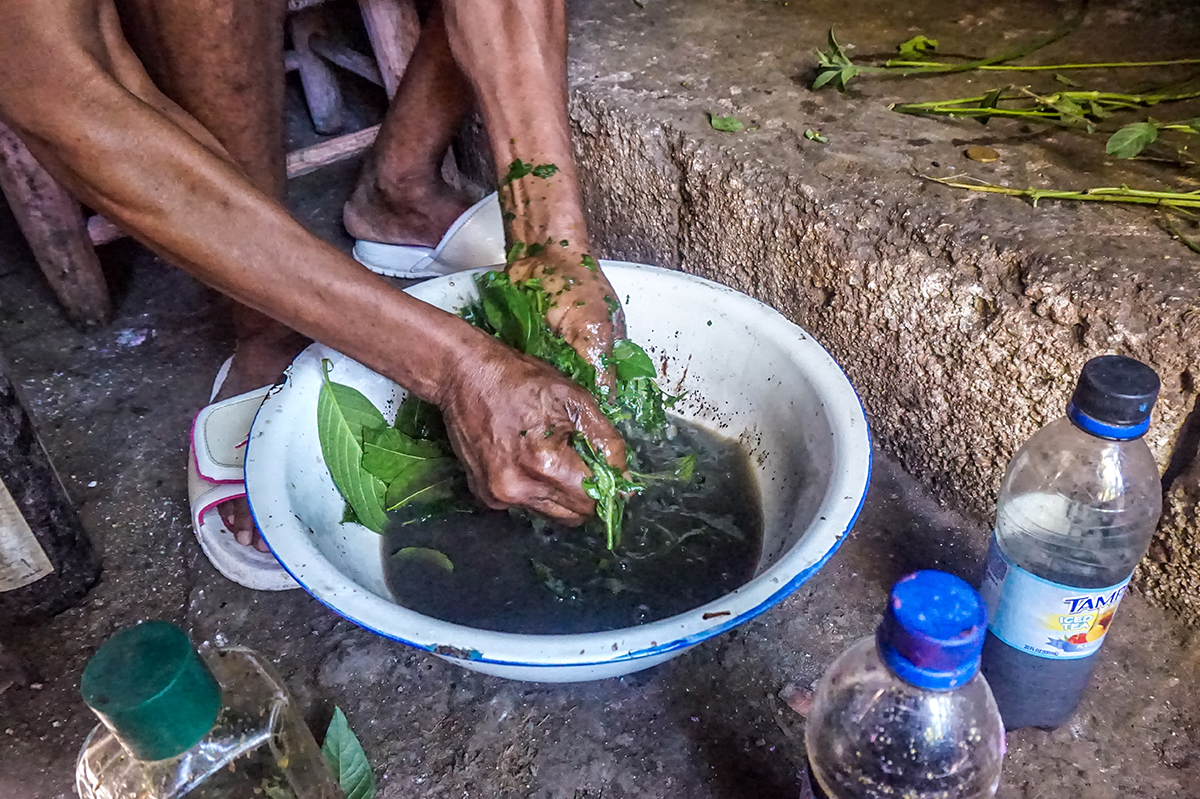 PORT-AU-PRINCE, HAITI — “Why would one bother seeing a doctor and spending a fortune without any hope of quelling the pain?” asks Ranmolia Gentyl, who has been sick for months. After several doctor visits and 10,000 Haitian gourdes ($157) in bills, the 53-year-old homemaker and mother says she is unsure of what is causing her feet to swell and causing her severe headaches.

Desperate to find an answer and a cure for what she thinks is a peculiar health condition caused by evil spirits, Gentyl has turned to a Voodoo priest, locally known as a “hougan.” It’s not an unusual solution for many Haitians, she says, and it comes at a fraction of the costs that she’s incurred with visits to doctors.

In a country where quality health care services remain out of reach for a large portion of the population, religious and traditional practices have merged with medicine. Voodoo, a traditional religion, is widely known for this hybrid form of care. Some locals say that Voodoo succeeds where modern medicine can’t, but that the religion is often misunderstood.

A 2017 World Bank report revealed that Haiti’s health sector is underfunded, with public spending per capita totaling $13 per year. In other low-income countries, the average is $15 per year, according to the report. Funding from nongovernmental organizations, considered longtime key players in the sector, has also decreased in the years since the 2010 earthquake. 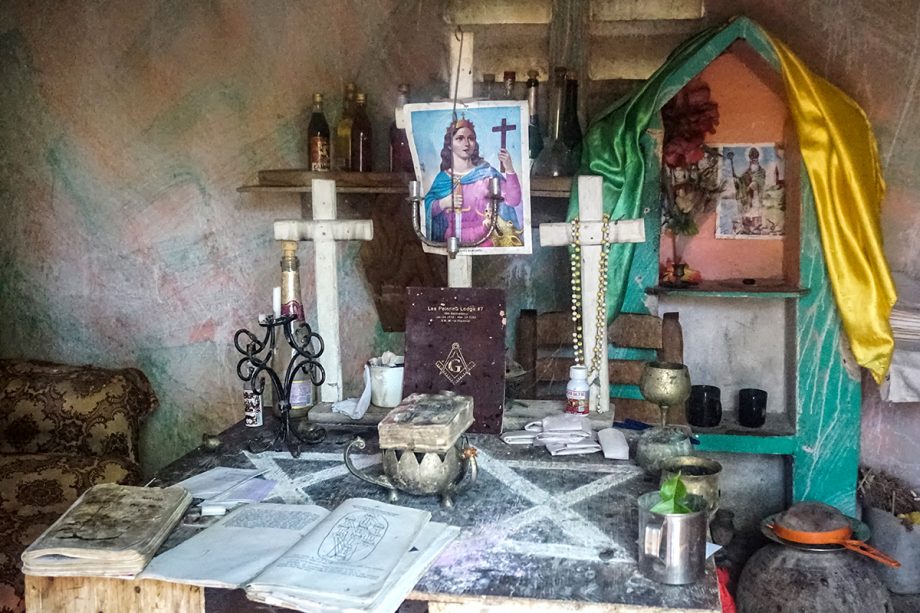 Hougans perform various treatments on sick patients at Voodoo temples like this one in Port-au-Prince, Haiti’s capital.

But the government is making efforts to improve the sector. In 2012, the Haitian government developed a 25-year plan to reduce morbidity and mortality related to major health problems and to make health care more accessible. Still, a wide gap exists between the need for and provision of quality services. With a limited medical-insurance market, some Haitians are looking for low-cost treatment options rooted in their belief systems.

Nearly 55 percent of the population practices Roman Catholicism, while 28.5 percent are Protestants. Voodoo believers make up an estimated 2.1 percent of Haitians. But experts say many people, regardless of religious affiliation, have beliefs that stem from Voodoo, which the government recognized as a religion in 2003.

Those who practice the religion believe that some diseases are caused naturally and others caused by witchcraft or evil spells from spirits, locally called lwa, says Jean Yves Blot, an anthropologist and a lecturer at the State University of Haiti (Université d’État d’Haïti).

“Natural diseases have the same symptoms as those of supernatural diseases,” says Patrick Destiné, who worked as a hougan for the past 12 years. “There are people in the community who know how to detect whether the disease is natural or supernatural, hence the necessity to use either conventional medicine or to see a hougan.”

A 2017 World Bank report revealed that Haiti’s health sector is underfunded, with public spending per capita totaling $13 per year. In other low-income countries, the average is $15 per year, according to the report.

For years, hougans have treated patients with herbal remedies, including teas made of leaves of exotic plants such as pigeon peas, to cure chronic pain and heal wounds, Blot says. But the religious leaders use ritual practices to cure terminal illnesses or what they believe to be mental disorders, he adds.

Ritual practices are in some ways similar to psychotherapy, Destiné says. Consisting of songs and dancing, the process helps patients to relax their minds and easily communicate with hougans. Patients learn about their pasts and futures, in addition to the causes of their sicknesses, because hougans have the ability to communicate with supernatural spirits, he says.

But an increasing number of people are only seeking help from hougans because they charge less than doctors do.

Months before Gentyl fell sick, she says, her son suffered from a condition similar to hers.

“My firstborn son fell ill, and we went to see a doctor who was not able to detect my son’s medical problems,” says Gentyl. Soon after, she took her son to a hougan for the treatment that she says cured him. She paid 500 gourdes ($7.84), a price that she says is affordable.

“There’s no substitute for it, as it offers salvation to large swaths of people who can’t afford bills of modern medicine,” Destiné says of the treatment he offers.

Despite their popularity, the religious treatments come with social stigma. Voodoo, like other religions, is nuanced and is sometimes misunderstood by nonbelievers who demonize hougans, Gentyl says.

“People often think there’s no reason for us to believe in witchcraft, and we’re somehow painted as being superstitious,” she says. “But what we believe in is not fiction, but reality.”