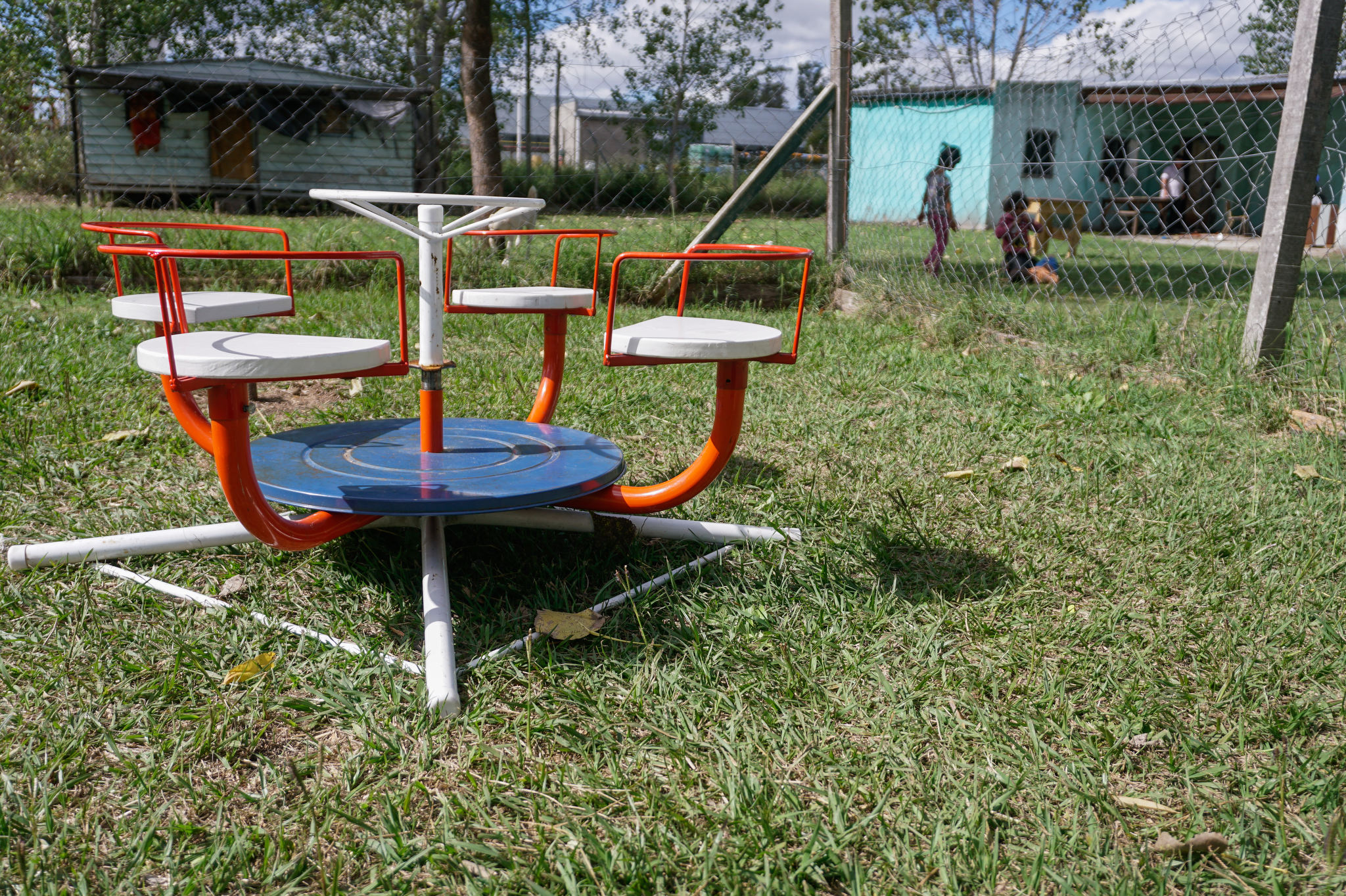 BUENOS AIRES, ARGENTINA — It has been 12 years since Argentina made sweeping changes to its mental health laws, mandating equitable access to dignified care. According to the country’s top drug policy authority, however, less than a third of the residential centers that offer free treatment for substance abuse admit women and only six admit women with children.

Lack of facilities, combined with increasing rates of substance use and persisting prejudice against women users, has made it difficult for women — especially mothers — to seek help.

María, 32, who withheld her last name owing to the stigma around addiction, tried to seek inpatient treatment late last year. But there was no room at any of the centers that admit women with children. “The thought of going into treatment without my children never entered my mind, so I ended up not going,” she says. Leaving them with their father wasn’t an option, due to problems with drugs and violence, and she had no one else to turn to for assistance.

“I went another month using,” she says. “I could have died.”

Argentina’s network of inpatient addiction treatment centers is run by churches, nongovernmental organizations and other civic organizations but receives financial and technical support from the Secretaría de Políticas Integrales sobre Drogas de la Nación Argentina (National Argentine Secretariat for Comprehensive Drug Policy), known by its acronym, SEDRONAR. According to a 2019 SEDRONAR report, nearly 93% of people admitted to these centers are men. Of the 46 residential centers that offer free treatment, only 13 admit women and only six admit women with children. 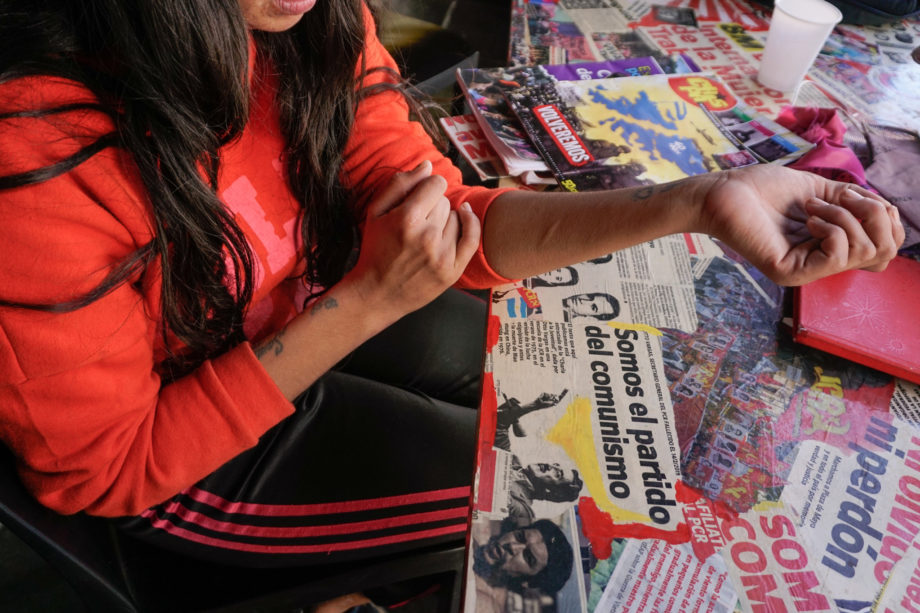 María shows the names of her children tattooed on her arm and scars from injuries she inflicted on herself while under the influence of drugs. She now attends an outpatient facility in Buenos Aires.

SEDRONAR, which is under the purview of the Chief of the Cabinet of Ministers, declined to comment. The Ministry of Women, Genders and Diversity didn’t respond to requests for comment.

Betina Zubeldía, president of Madres Territoriales Nacional Contra las Drogas (Mothers on the National Ground Against Drugs), a civil society initiative, says she recently helped a woman secure admission to a center in Buenos Aires, over 300 kilometers (186 miles) away from her family in Santa Fe, a province in northeastern Argentina. There were no openings at nearby centers.

“Women with children, women — it seems as though they don’t have the right to become ill with an addiction,” she says. “We are in a society where we continue to judge women.”

The government hasn’t released new data on drug consumption by gender, but psychologist Solange Rodríguez Espínola, who researches drug use, says that while substance use has historically been higher among men than women, the gap is shrinking each year. According to a SEDRONAR report, the number of cocaine users in Argentina nearly doubled between 2010 and 2017 — an increase that was greater among women than men. 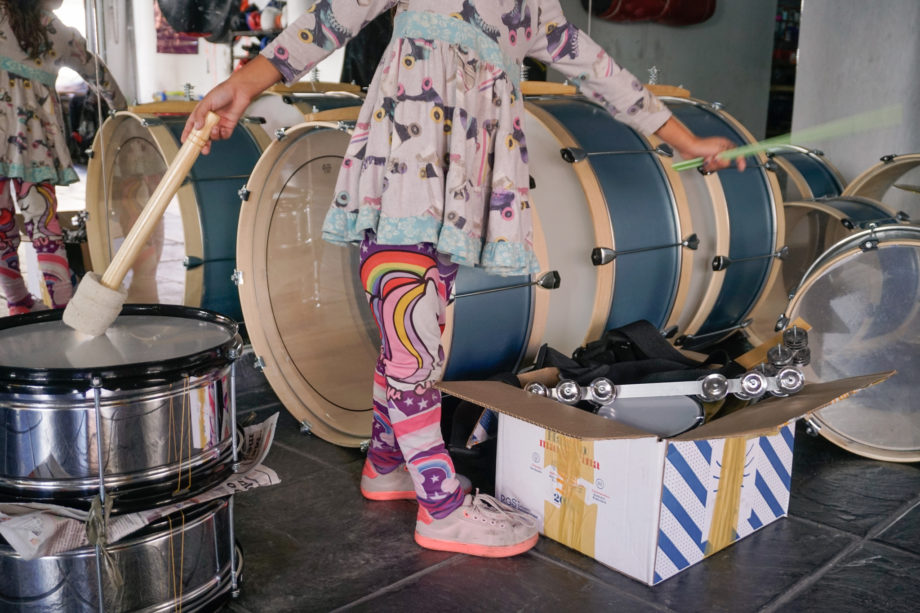 María’s 6-year-old daughter plays with drums after school at an outpatient facility in Buenos Aires.

Gloria Pereda, coordinator at Granja Madre Teresa, a free facility for women with children, agrees that more women have begun using, attributing this in part to deteriorating domestic conditions. “Violence increased a lot during the pandemic,” she says. “At least, it became more visible.” The average number of daily calls to the gender violence helpline, for instance, increased by more than 20% during the early months of lockdown.

Granja Madre Teresa, located on the western outskirts of Buenos Aires city, has six houses — each with two rooms, a kitchen and a bathroom — in a big garden studded with playground equipment and a kindergarten that children from nearby communities can also attend. Treatment, says Pereda, can take as long as two years. Centers catering to women with children require more facilities, which is why “most of them choose the easiest option, which is to open a place for men,” says Ailén Dotta, who works at the facility.

Argentina’s 2010 mental health law mandates that at least 10% of the health budget be allocated to mental health. Currently, that figure stands at almost 3%. While the government aimed to facilitate an additional 46 residential treatment centers by the end of 2022 — to double the current number — this is contingent on the private organizations that operate these centers voluntarily registering with the government organization. As a result, the secretariat can’t guarantee expanded capacity or whether the new centers will cater to men, women or women with children. 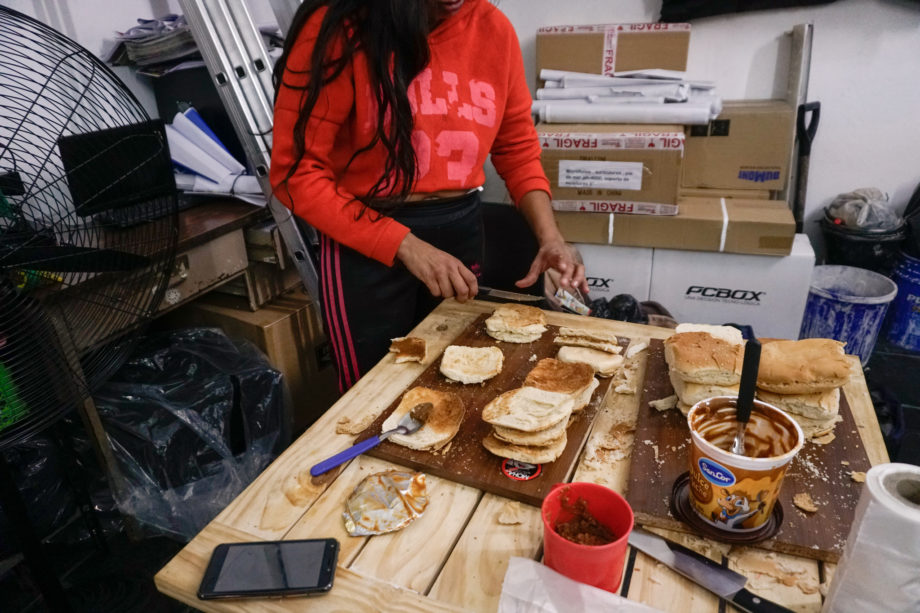 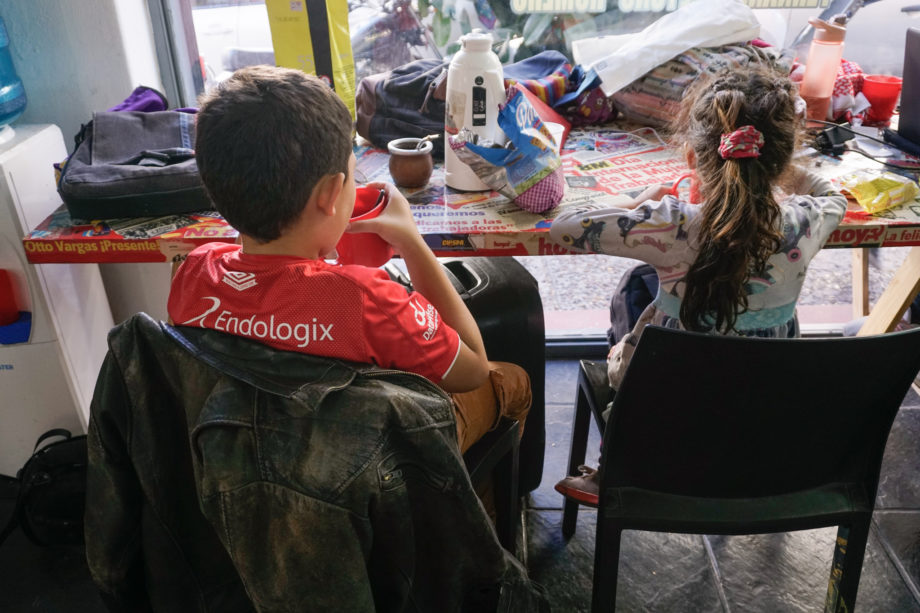 María prepares snacks at an outpatient facility, where staff care for her 9-year-old son and 6-year-old daughter while she receives treatment and training.

Rafael Arteaga, who researches addiction at the National University of San Martín, says access would improve if the law was followed.

“They would have to have a mental health and addiction department at all the hospitals,” he says, stressing the need for double-shift child care facilities and public schools, so that even women who opt for outpatient therapy have a place to send their children.

María, for instance, goes daily to an outpatient facility in Buenos Aires. She can bring her children but must return home at night. Outpatient treatment isn’t a realistic option for many, says Juliana Lualdi, a mentor with the “Ni un Pibe Menos por la Droga” (Not One Less Due to Drugs) campaign, especially those like María, who live in “barrios populares.” Nearly 58% of residents in these informal settlements said drugs were sold in their neighborhood, according to a survey conducted by the Catholic University of Argentina, more than double the number elsewhere.

In some areas, says Lualdi, “it is easier to get drugs than milk.”

Advocates say access to treatment, for women and men, would also improve if the government streamlined admission procedures. To receive free care, applicants must plow through a mountain of paperwork — affidavits, medical records, social security documents — then sit for one or more interviews. Once eligibility is determined and a spot secured, the secretariat calls to let applicants know that they can enter treatment. According to information obtained from the secretariat through a records request, the average waiting time ranges from one to four days for men, four to 10 days for women without children, and 10 to 12 days for those with children. In María’s experience, however, the process can take months.

Micaela stands outside Granja Madre Teresa, located on the outskirts of Buenos Aires, where she has sought treatment for the past two months.

“All the formalities that SEDRONAR demands of you — the interviews, the evaluating — makes access more difficult,” Pereda says. “They have requirements that are very complicated if you don’t have someone with you, if you’re out on the street, or often don’t even have a phone.” Among the toughest parts of the process, in her experience, is ensuring that people receive the phone call from the secretariat informing them of availability.

Mustering the will to seek help is hard enough, says Micaela, 27, a resident at Granja Madre Teresa who also asked to be identified by her first name. “When you don’t find a place that will admit you, you stay in the same situation,” she says. “If they don’t help you in that moment, it’s difficult to go back. You say, ‘Fine. I already asked for help.’”

Micaela has two children that she can’t see. When she entered treatment the first time, she was 14. “My son went to a children’s home, and I went into rehab. It wasn’t possible for a mother with a child to be there,” she says. She was in treatment for four years. Social services waited until she was 19 to determine if she could care for her son. Since she didn’t have enough money or proper housing at the time, they placed him with a foster family.

“That’s when I relapsed,” she says. She had her second child when she was 24; social services took him away then, and she has had no contact since, she says.

Her dream is for them to be a family and for her story to turn out differently this time.