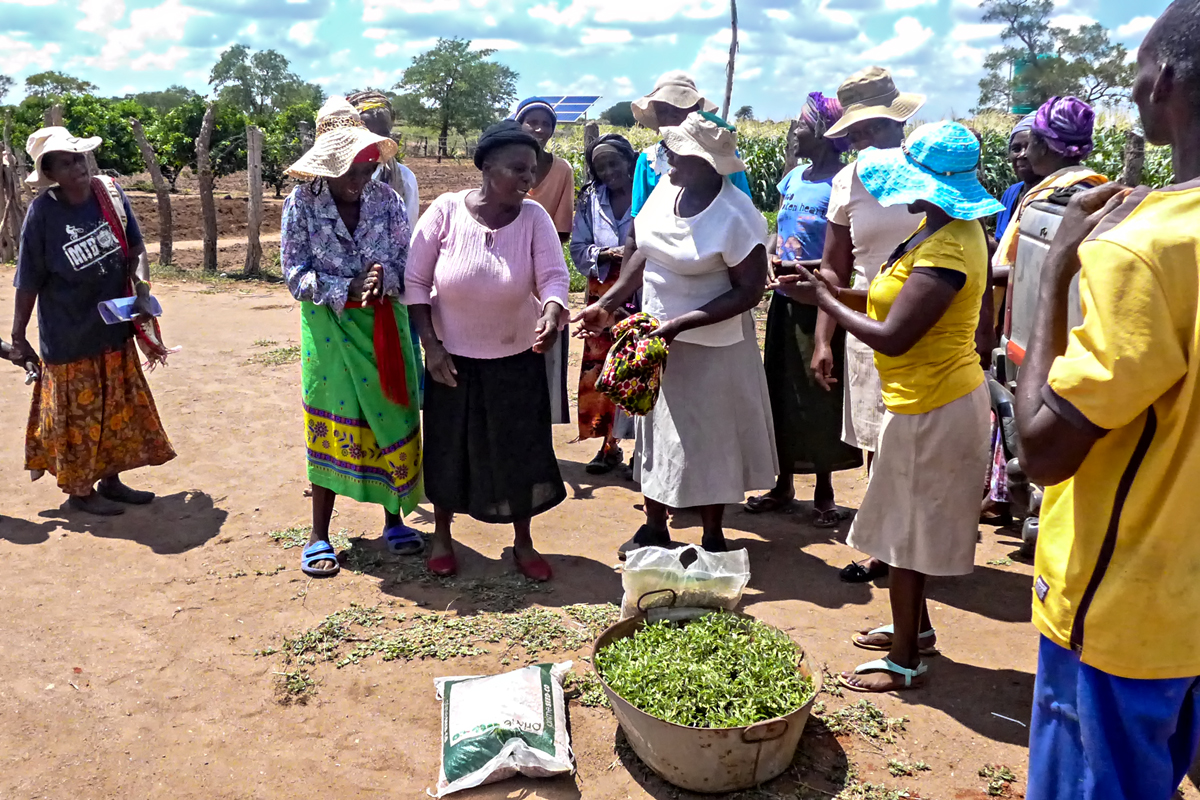 GWANDA, ZIMBABWE — When a group of 25 women decided to form a cooperative garden more than a decade ago, they never imagined how quickly technology would develop to aid their business.

Six 310-watt solar panels, installed by Forster Irrigation, a company based in Bulawayo, Zimbabwe’s second-largest city, provide the energy to pump 3,800 liters (988 gallons) of water per hour, says Lionel Siziba, a project administrator at Forster Irrigation. It’s a small feat in one of Zimbabwe’s driest regions.

The solar-powered pump pulls water from a borehole that is 42 meters (46 yards) deep. Water is deposited in a 5,000-liter (1,300-gallon) tank, from which the co-op members can easily water their corn, tomatoes, sugar beans, orange fruit trees and peanuts.

The name of the co-op, Sibambene, means “we are united.” Shuna Ndlovu, 60, chairwoman of the co-op, says using solar energy has made work easier yet more productive for the cooperative, which now includes one widower of a former member.

“Prior to this innovation, we worked harder with little output, but now the work is less physically straining, yet the output has increased,” she says. “Each of us right now has three beds of corn, and we expect 30 kilograms [66 pounds] per bed.’’

Ndlovu says one corn cob sells for 25 cents. Each farmer then contributes $15 per bed for the sustainability of the project. On this particular day, the chairwoman was setting aside money to buy pipes that will help with sprinkler installation, so that co-op members don’t have to water the beds by hand. Some members are also using their profits to help local orphans in school.

“Most of us are old here; we cannot do hard labor anymore. We are saving money to find ways to make our work easier every day,’’ Ndlovu says. 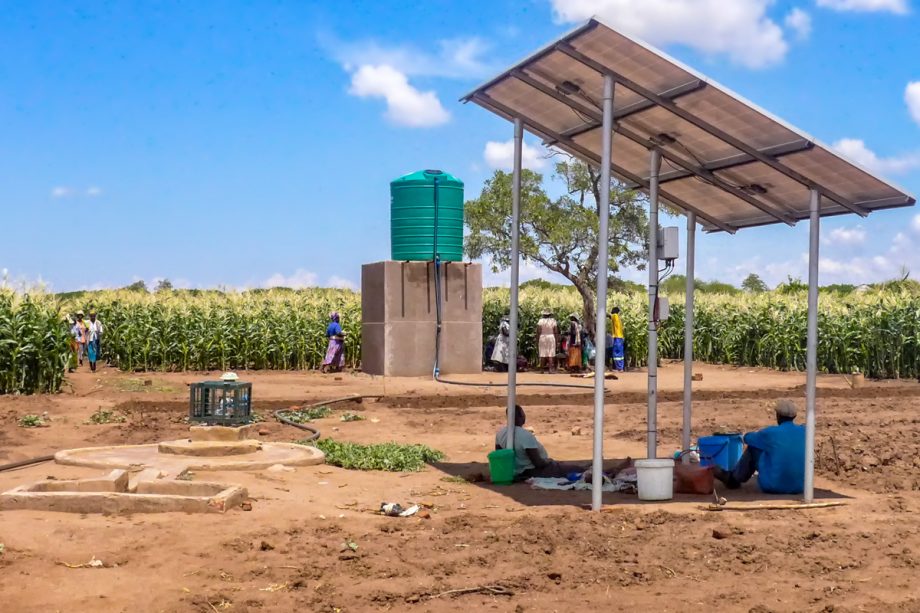 Solar technology has made life easier and increased profits for members of the cooperative.

Jackson Ndlovu, director of the Edward Ndlovu Memorial Library in Gwanda, a town 126 kilometers (78 miles) south of Bulawayo, says the library purchased and installed the more than $8,000 worth of equipment to make the innovation possible.

The funds came from a friend of the Ndlovu family in Sweden after the friend realized that women in countries such as Kenya and Bangladesh were also using solar energy to power small farms.

Innocent Nyathi, an agronomist in the Matabeleland South Provincial region, works for Agritex, a department under the Ministry of Lands, Agriculture and Rural Resettlement. He says that using solar energy is the best option for the community because the area is dry and because the 2017-18 rainy season has been terrible.

“The season has [seen] erratic rainfall and poor distribution,” he says, adding that Gwanda, the location of the solar project, has experienced the second-worst annual rainfall in its recent history, with just 194 millimeters (about 8 inches) accumulating.

Thabani Dube, a community officer at the library who works with the co-op, says they often go beyond innovation by teaching the women about their rights as well as health-seeking behavior.

A 2015 report from Smart Development Works, a nonprofit based in the Netherlands, says the country’s solar energy is greatly underexploited.

With the growing success of communal projects such as Sibambene, co-op members say this could change soon.

Chemist Mhlanga, the only man in the cooperative, took his wife’s place after she passed away. He says solar energy has allowed him to increase his earnings by more than $75 every month and has helped his family move out of poverty.