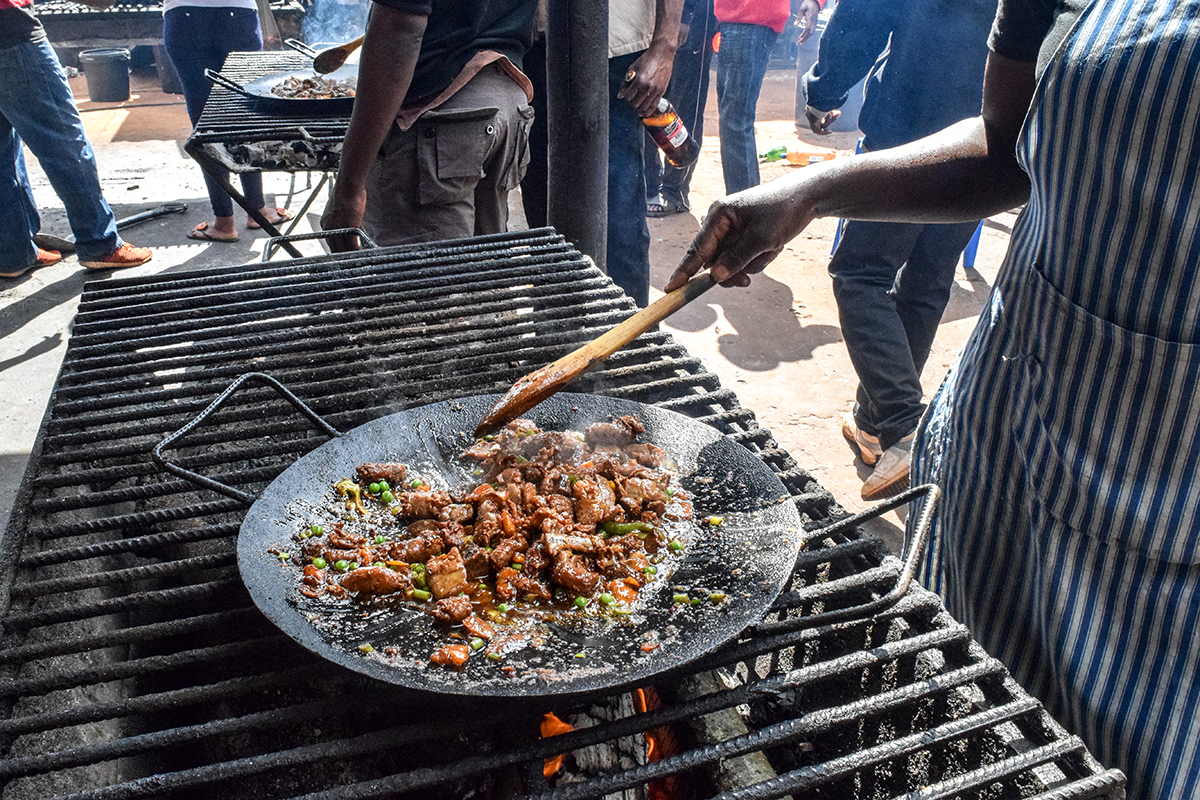 HARARE, ZIMBABWE — Chicken liver, gizzards, beef, pork, chicken feet and vegetables are all being fried in one big pan at a popular open barbecue spot in Kuwadzana 6, a high-density suburb in Harare, 11 kilometers (6.8 miles) from the city center.

While some people oversee the frying of the meat – placing the big pans on the open fire and stirring the contents – others are holding a beer and turning meat on a barbecue, or braai stand. Everyone has their eyes set on the cooking meat, eagerly waiting for it to be ready. 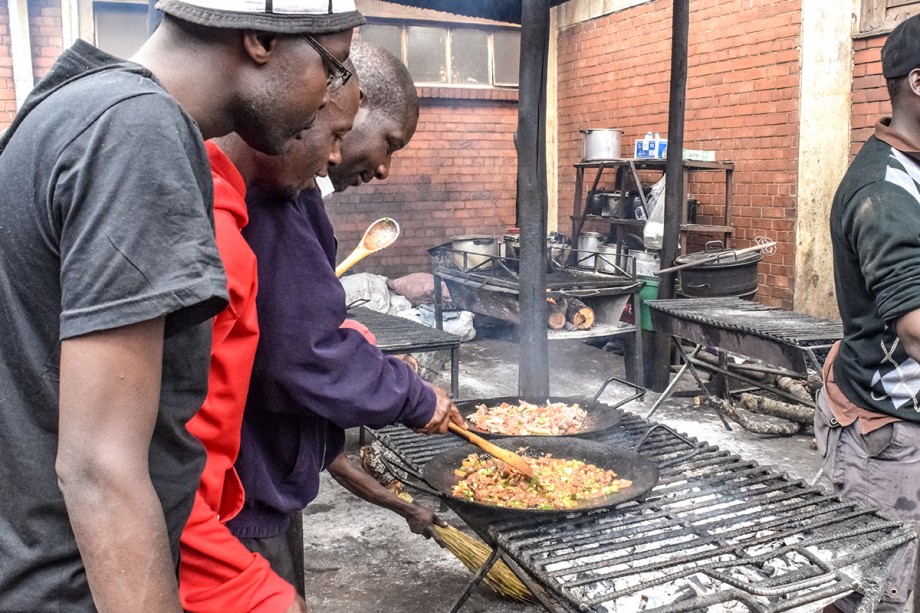 Open barbecues have become a common trend in Harare, especially on the weekends, when people from all walks of life gather to enjoy each other’s company and dine. They mix together a variety of meats in a frying pan to make a dish referred to as gango, a shona word that loosely translates to “frying pan.”

Tsitsi Mangisi, an employee at Eland Butchery, explains how the famous gango is prepared.

“Gango is a mixture of different types of meat. It can be a combination of chicken neck, gizzards, chicken breasts, pork, chicken livers or any other meat of your choice,” she says, adding that people customize the dish with various vegetables. 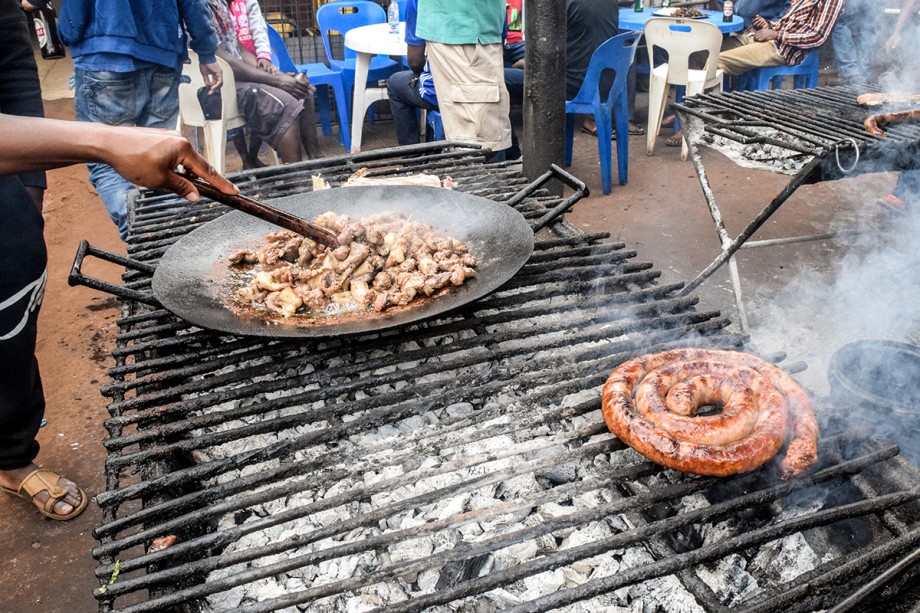 Gango, which translates to “frying pan” in Shona, is stirred by a cook, while sausage sizzles on the hot grill.

For those who might not want to cook the gango themselves, others prepare it for them, Mangisi says.

“We offer free services to cook gango for clients who would have bought meat in our butchery,” she says.

Gango is usually served with sadza, a Zimbabwean staple dish made of cornmeal, and people usually eat with their friends from the same plate.

The act of eating off one plate reflects togetherness, Weiclif Kandeya says.

Eland Butchery is most popular on the weekend, when they serve about 300 customers a day, says Mangisi. 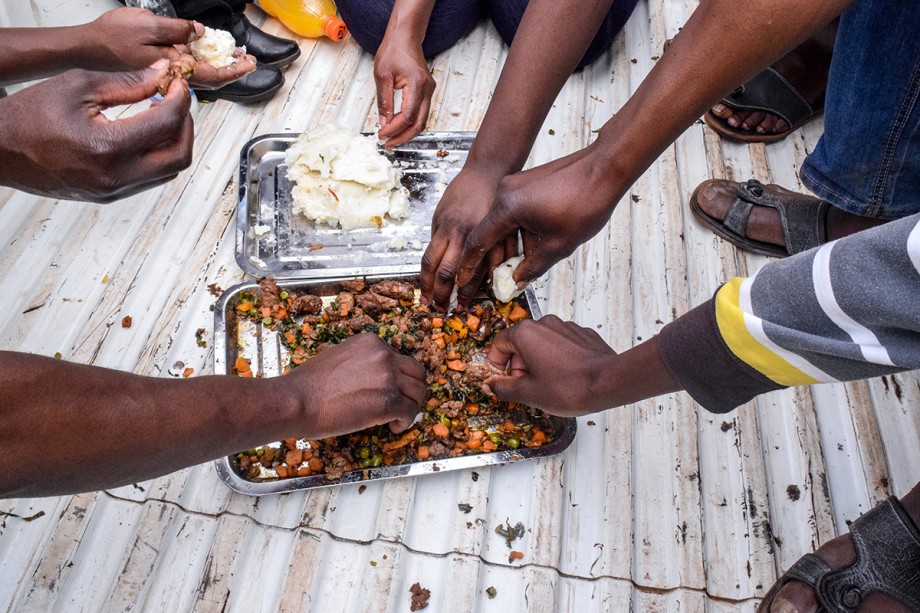 Friends gather around to eat a plate of gango, served with a side of cornmeal sadza.

Nyaradzo Guvheya, who came to Eland Butchery for the first time, says she didn’t know if she would enjoy eating a variety of meats, all in one dish.

“When my friend invited me to come with him, I was not sure if I would be able to eat the meat, but I enjoyed it and I would want to try it out even at home,” she says.

Gango has increased popularity since 2015 and many places that have open space barbecues, have introduced the dish to increase customer traffic.

Prynos Mhuru, who stays in Kuwadzana, says he comes to PaGango, an open space barbecue joint, with his brother-in-law to catch-up.

“Gango unites us with friends and family; we get time to talk to each other,” says Mhuru.

Sometimes Mhuru and his brother-in-law carry leftover meat home for their families, too, he says. 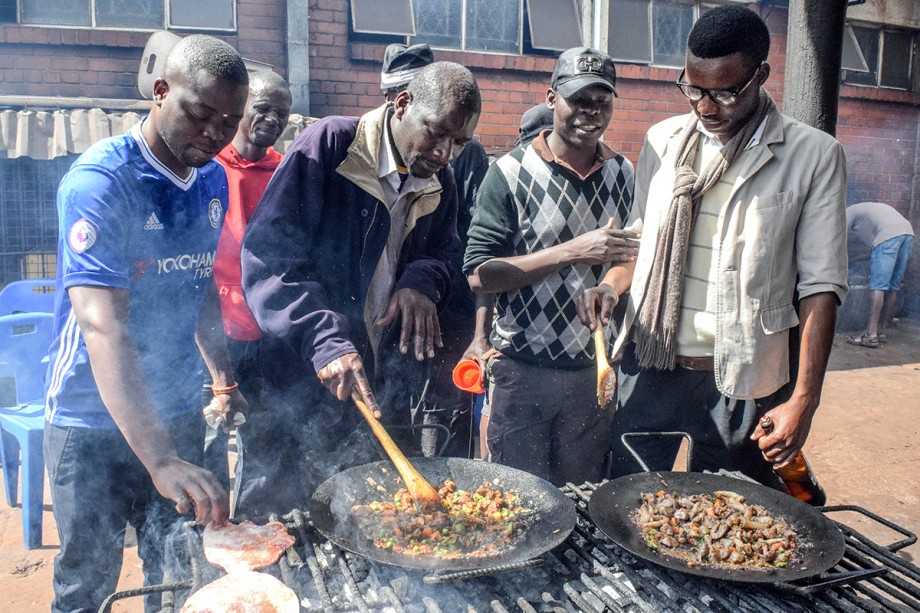 PaGango and other open barbecue spots throughout the city have provided opportunities for small businesses to open.

Kudakwashe Nyakabau says she realized the need for vegetables at the open barbecue spots, and decided to open a vegetable stall nearby. She sells a package of mixed vegetables, which includes carrots, peas, pepper and green beans.

“I started selling vegetables here two months ago and I sell about 100 packs for $1 each,” she says.

For customers who enjoy cooking, there’s always the option to take over the process.

Lazarus Zengeretsi says he enjoys preparing his own gango at the open barbecue.

“I like frying the meat for myself and I get satisfaction in seeing what I would have cooked,” says Zengeretsi. 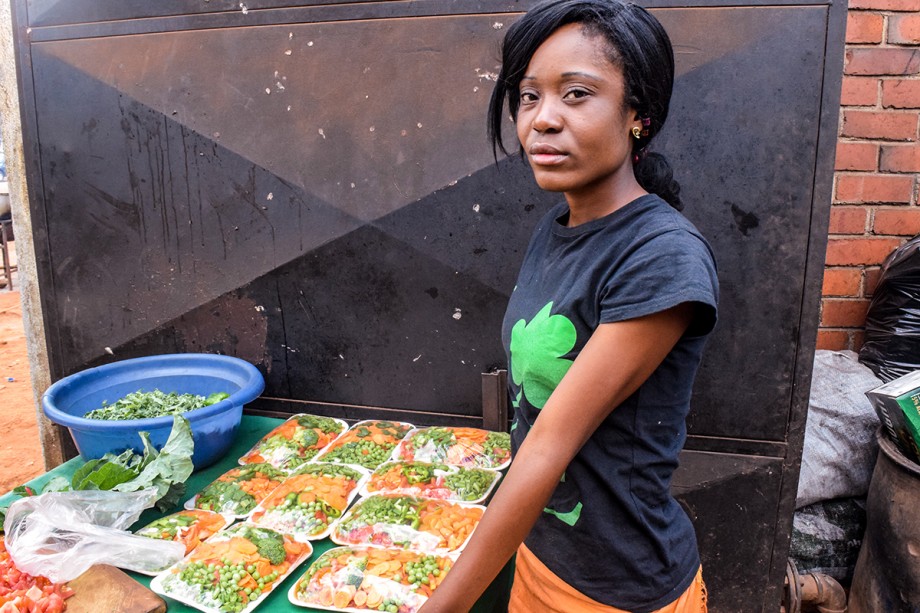 Kudakwashe Nyakabau sells specially packaged vegetables for diners at PaGango. Each vegetable package is the perfect size to pair with a pan of gango.

Enjoy gango at an open barbecue
PaGango, a part of the Eland Bar and Grill, is located in Kuwadzana 6 in southwest Harare. Find out more about the business on their Facebook page: www.facebook.com/theelandpagango/