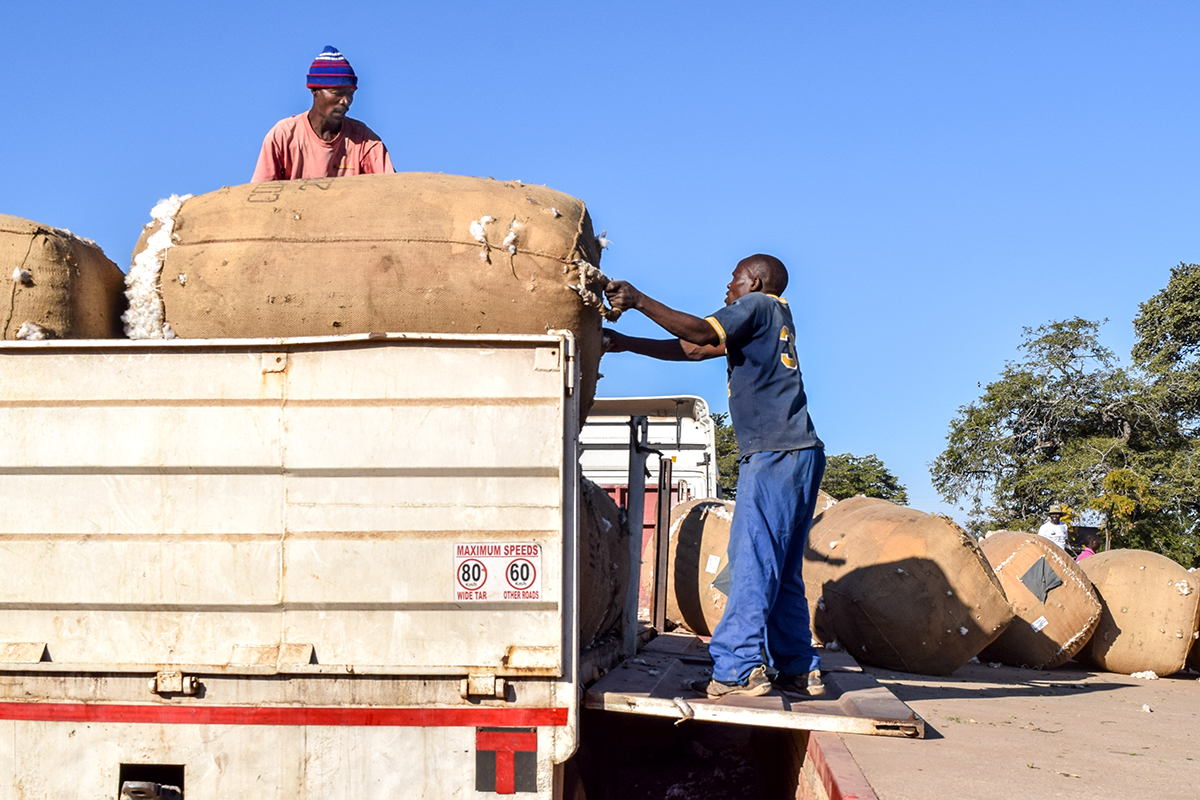 GOKWE CENTER, ZIMBABWE — Ellen Moyo has been farming white gold for a decade.

Every year, between June and September, she harvests her cotton, which was once among Zimbabwe’s most lucrative crops.

But in recent years her white gold, as cotton is often called locally, has not yielded many riches.

Throughout Gokwe, an area where cotton is a primary livelihood source, a changing climate has severely limited production. Cotton withers in droughts, but when rain comes late in the season its effects can be negative, too.

“Cotton requires conducive weather conditions for it to successfully grow,” Moyo says. “It is unfortunate that the past farming season was not conducive for cotton farming as we received a lot of [late] rainfall, which destroyed most of the cotton plants.”

Back in 2014, Moyo says she yielded more than 20 bales of cotton, each weighing 250 kilograms (551 pounds), but last month, she was able to plough just 2 acres, which yielded two and a half bales.

Moyo’s limited yield is the result of changing weather patterns, she says.

Recent droughts and unpredictable rainfall have forced her to contemplate giving up on cotton farming as it is a lot of work and now, hardly pays, Moyo says. She sells her cotton for between .35 to .50 cents per kilogram, depending on the quality. Cotton’s set price is .55 cents per kilogram, according to the Zimbabwean Cotton Company, known as Cottco.

While cotton is in higher demand this year, Moyo says prices have been lower because late rains affected the quality of much of the crop.

Across the region, cotton farmers are reporting similar experiences. In response, the government injected $42 million worth of cotton inputs, including seeds and fertilizers, into the region last November. The move, which government sources say supported as many as 400,000 cotton farmers, was aimed at boosting cotton production during the 2016-2017 season. But thanks to unpredictable weather patterns, farmers reported low yields, despite the assistance.

Between 2014 and 2016, cotton output dropped by 76 percent, forcing the clothing sector to rely on cotton imports for more than 50 percent of their fabric needs.

In 2015, Zimbabwe banned the import of second-hand clothes to help the country’s struggling clothing industry. They relaxed the ban in January in part because of the country’s cotton shortage. Previously, Zimbabwean cotton was known for its silky texture and was often used in the production of jeans. 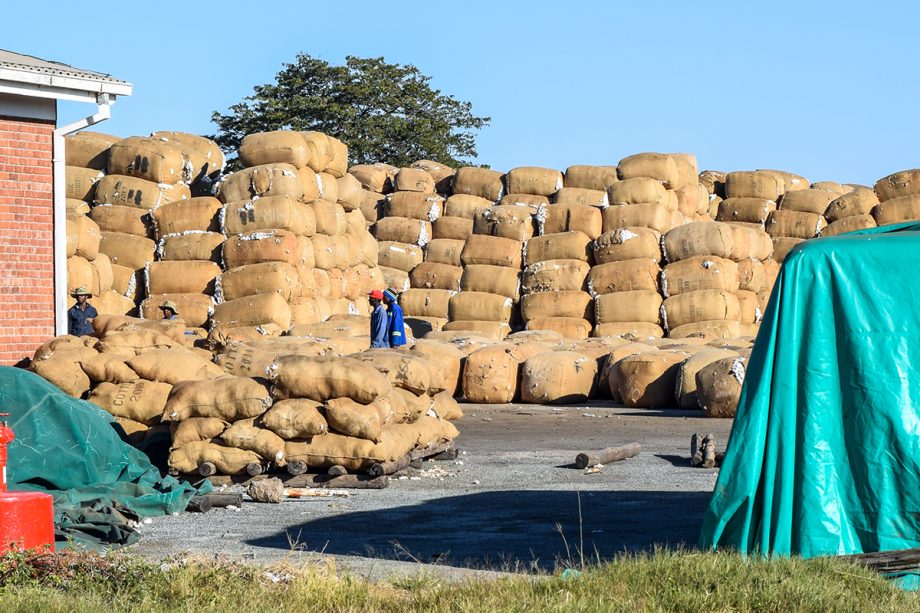 Bales of cotton sit waiting to be stored in the ginnery in Gokwe Centre, Zimbabwe.

Zimbabwe has experienced drastic changes in rainfall patterns in recent years, which has had an impact on the country’s cotton producers.

“The influence of climate change cannot be ruled out. The amount of rainfall received to date is inadequate to meet basic household consumption needs as well as support for livelihood, agriculture and wildlife,” the statement read.

For the first time in two years, Zimbabwe received higher-than-average rainfall in early 2017, the end of the cotton growing season. The state meteorological services department is predicting normal to lower than normal rainfall in the 2017-2018 rainy season, expected to begin this month and last through February.

The heavy rains of early 2017 took a toll on the cotton crops in the midlands region, says Searchmore Dimairo, a cotton farmer.

“Cotton farming has been our way of life. I was raised through cotton farming and my family survives through it,” he says.

White gold, as cotton is often called locally, has not yielded many riches in recent years.

Dimairo and other local farmers received seed and fertilizers for the 2016-17 farming season as part of the government’s plan to boost cotton production, he says. Farmers received assistance based on the size of their land. But despite the help, he says, the rains outweighed any assistance provided.

“In the past few years we just stopped cultivating cotton because we could not afford its supplements. The government loaned us some basics to use, but production was still poor, so again, we’re left with very little to sustain us,” Dimairo says.

Ten years ago, Dimairo says he could harvest up to 19 bales of cotton. This year, he harvested just four.

Enos Sibanda, who has been in the white gold business since 1975, says he has never seen such low yields, regardless of the government injection of supplies.

“This year there was too much rain and that affected my harvest,” he says. “I got less than one bale of cotton.”

Representatives from Cottco, a majority government-owned entity, did not respond to phone or email requests for comment on the effectiveness of the $42 million cotton aid package.

Sibanda agrees with Moyo that the country’s cash crisis and the lower quality of cotton has also lowered the prices at local ginneries.

“In previous years, a kilogram used to be sold at 80 cents per kilogram,” he says. “The cash crisis has also contributed to the reduction in the prices.”