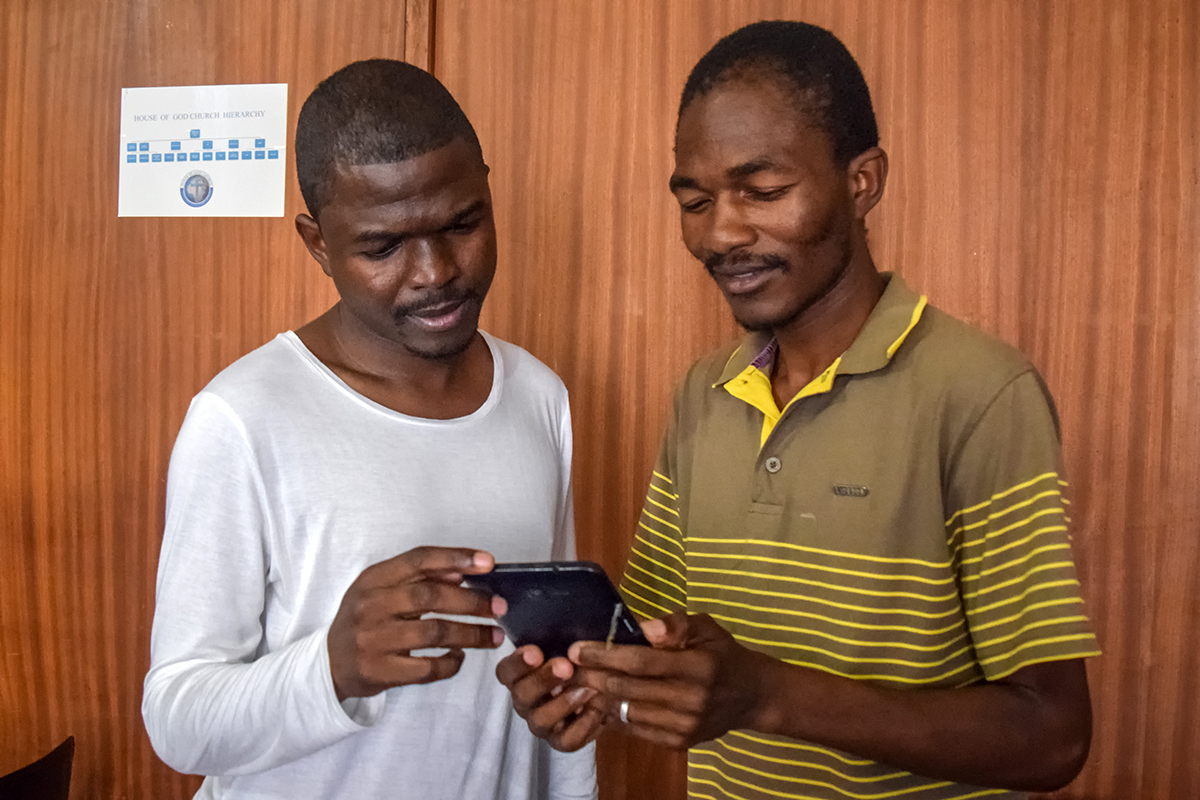 HARARE, ZIMBABWE – Dozens of colorful commuter omnibuses maneuver a busy street looking for a parking space, while young men hanging from the doors of the public service vehicles call out destinations to prospective passengers.

Bus “touts,” as they are called locally, keep Harare’s chaotic urban public transportation system moving. But Prosper Nyamukondiwa, an entrepreneur living in the capital, says touts are using aggressive means to get the job done.

There have been reports of bus touts physically assaulting riders, Nyamukondiwa says. Three years ago, a bus tout grabbed his bag and forced him to board a bus. After the incident, Nyamukondiwa decided to stop using commuter omnibuses, or “kombis,” for some time. He says some bus touts are verbally abusive, too.

For many of the 160,000 people entering Harare’s central business district each day, kombis are the preferred mode of transport. They’re cheap and fast. But some say the men and women running the public transportation service are a menace.

SmartGo, a mobile application that Nyamukondiwa and his business partner, Juma Mkanda, created in 2016, is helping commuters to travel safely, especially on long-distance trips. The app’s users can request a private car, kombi or a minibus, another form of public transport in the city.

On February 22, lawmakers stopped kombis from operating in Harare’s central business district to ease congestion and restore order to the city’s streets. But just 24 hours later, the government reversed its ban, saying that it had left the city’s commuters with no affordable alternative to kombis.

With fares as low as 50 cents, many people choose kombis to get them to different parts of the city. In a 2014 survey published in the Journal of Transport and Supply Chain Management, 53 percent of surveyed kombi riders and unregistered taxi users said they preferred these modes of transport because they were quick and convenient.

But even those who use kombis still worry about poor customer care and safety. Local media experts say kombis, often old, unregistered and carrying more than the vehicles’ capacity, are a contributing factor to fatal road accidents. Between January and March 2017, the Zimbabwe National Statistics Agency recorded 11,443 road accidents nationwide.

During rush hour, some touts badger pedestrians at bus stops and crowded areas. The experience that left Nyamukondiwa scared of bus touts prompted him to create SmartGo.

“I just thought to myself that here is an opportunity: Why not create something through which a person can order transport in the comfort of their homes other than to go through all this and even lose belongings?” Nyamukondiwa asks.

SmartGo started out as a ridesharing service that matched commuters with nearby drivers. But now, it also connects long-distance travelers with minibus and kombi drivers in Harare, giving them the convenience of a commute without the bus touts. Through the app, registered users can request a trip with their preferred pick-up and drop-off point.

Multiple people can join the trip as long as there are seats available and they’re traveling a similar route. Most kombis can seat up to 18 people.

To date, there are more than 2,000 registered users, and 500 of them are drivers, Nyamukondiwa says.

I just thought to myself that here is an opportunity: Why not create something through which a person can order transport in the comfort of their homes other than to go through all this and even lose belongings?Prosper Nyamukondiwa, co-creator of SmartGo

Nyamukondiwa and Mkanda have established a rigorous vetting process to ensure the safety of drivers and riders. It includes inspecting the vehicles, vehicle registration documents, and driver’s licenses of those who wish to become SmartGo drivers, Mkanda says.

Riders are charged based on distance and can pay using cash or mobile money, and drivers earn 7 percent of the fare.

David Bhamusi, who uses the app as a private driver and rider, says it is easy to use. When Bhamusi is using the app as a driver, he picks up about three passengers a day.

Tafadzwa Goliati, president of the Passengers Association of Zimbabwe, a civil organization, says SmartGo is helping to streamline Harare’s commuter omnibus system. But he wonders if it will be possible to get more kombi drivers to use the app since many of them are not used to such technology

Nyamukondiwa is trying to get more drivers on board. He says he is targeting large, private-owned bus companies. But for now, those who are using kombis through the app, say it’s helpful.

Ruvimbo Mbire, a university student, has been using the app for a year and has requested both kombis and private cars. She first found out about SmartGo through a Facebook ad and decided to try it when returning to school in Bulawayo, Zimbabwe’s second-largest city located about 434 kilometers (270 miles) southwest of Harare.

“I had a wonderful experience compared to the previous times when I traveled the same route,” she says, adding that the journey was peaceful without bus touts.