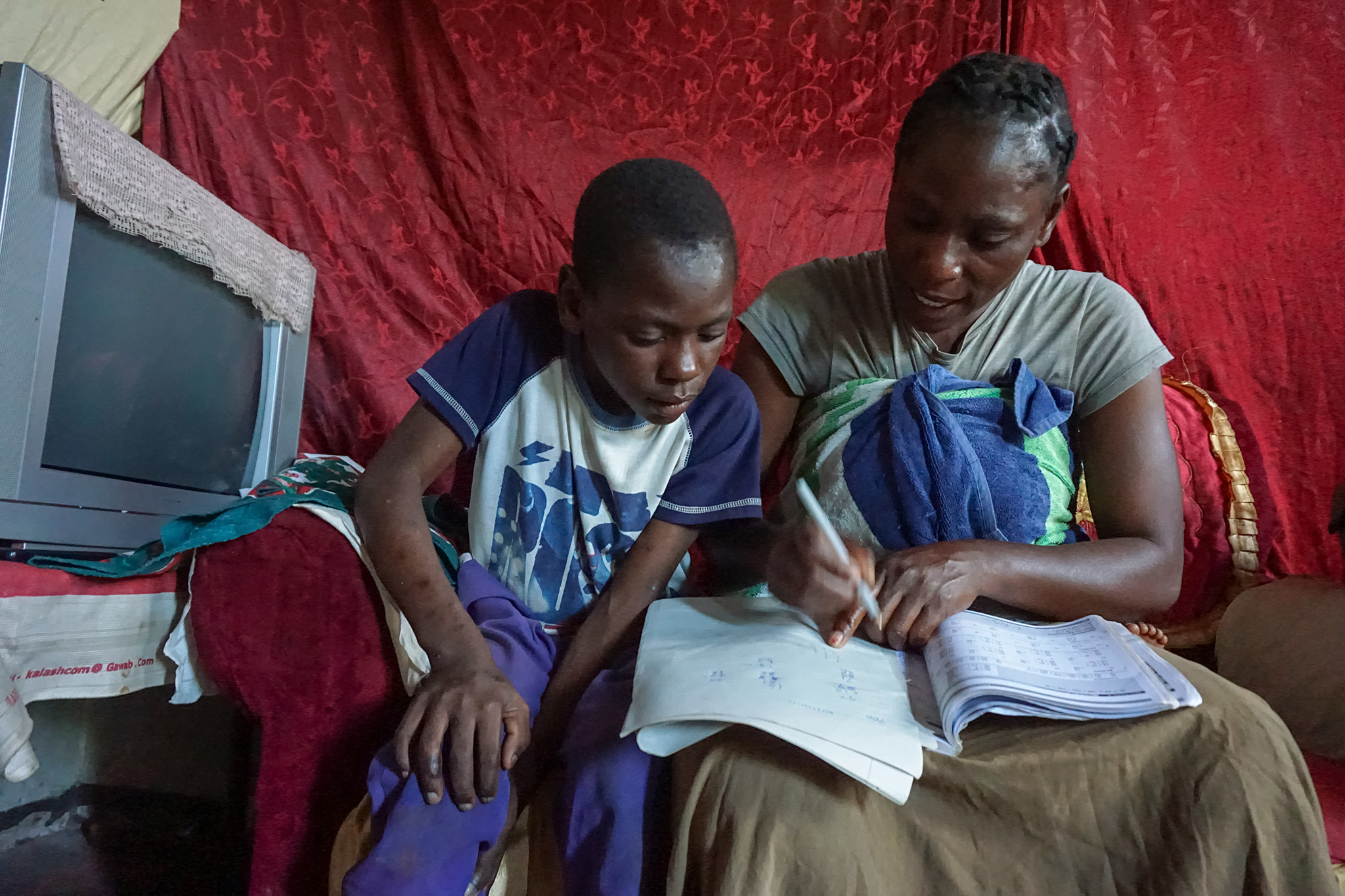 MUTARE, ZIMBABWE — Zvikomborero Machacha can’t prove who she is. Because she has no record of where she was born, her two sons can’t get birth certificates or be registered as citizens, even though their father has his papers.

Grace Mapiri, who says she is 70, came to Zimbabwe from Mozambique without identity documents. After 40 years in this country, she has no national ID, which keeps her from accessing government health care, food aid and other benefits.

In legal and diplomatic parlance, Machacha and Mapiri are stateless. In reality, they are invisible.

Stateless people in Zimbabwe can’t legally work, launch a business, travel, buy land, obtain a credit card or even purchase a SIM card for a cellphone. About 1 billion people globally are stateless, the World Bank reports, which means they don’t have birth certificates or official records to show who they are and where they were born.

“[They] can’t participate in everyday life,” says Shana Kaninda, acting country representative for the United Nations High Commissioner for Refugees in Zimbabwe. “When you die, your family does not even get a death certificate to identify you, as if you had never existed when you were alive.” 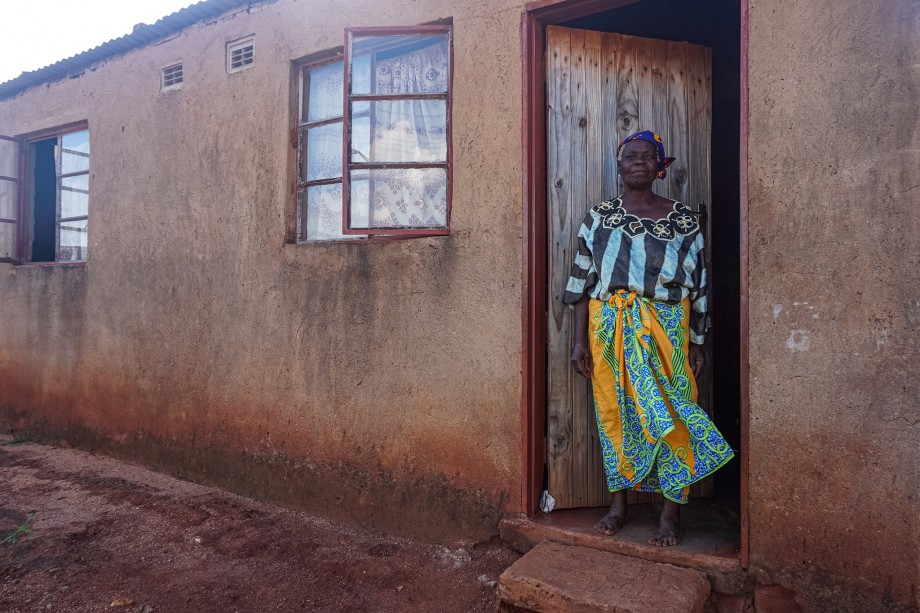 Grace Mapiri was born in Mozambique and came to Zimbabwe when it gained independence in 1980. She arrived with no documents and can’t attain them, which limits her rights.

Zimbabwe officials say at least 30% of the country’s 2 million foreign-born farmworkers and their families fall into this netherworld. An untold number of Zimbabweans also lack a birth certificate or national ID, technically making them stateless too.

In 2013, then-U.N. High Commissioner for Refugees António Guterres called for the “total commitment of the international community to end statelessness,” and in 2014, UNHCR launched the #IBELONG campaign with a goal to wipe out the problem by 2024.

Zimbabwean officials are working with UNHCR to learn the scope of the statelessness problem.

“There is an urgent need to avail [ourselves of] country data on statelessness because many Zimbabweans believe there are no stateless people in the country,” says retired Lieutenant General Michael Nyambuya, deputy president of the Senate.

Nyambuya and others warn statelessness does outsize harm to women and children.

"When you die, your family does not even get a death certificate to identify you, as if you had never existed when you were alive."Shana Kanindaacting country representative for the United Nations High Commissioner for Refugees in Zimbabwe

GSMA, a group representing mobile carriers worldwide, applauded Zimbabwe’s effort to boost women’s earning power in a 2019 report that explored the role of the gender gap in proving identity. But the report said the strategy will have limited impact because women sometimes can’t get a national ID – “the key [government] requirement for opening a mobile money or bank account.”

The report also noted that students without proper papers can’t take the national exams that allow them to go from primary to secondary school.

“The Educational Policy stipulates that education is free,” the report says, “but in practice families still pay fees, and a child’s education stops at the age of 12 if they cannot obtain a [birth certificate] to take the exit/transitional exam.”

Most Zimbabwean residents without identity documents are descendants of migrant workers, or they were born in rural areas and must travel a long distance to reach government offices. Many seek identity papers when they want to look for work, need passports, or when registering to take exams at school. 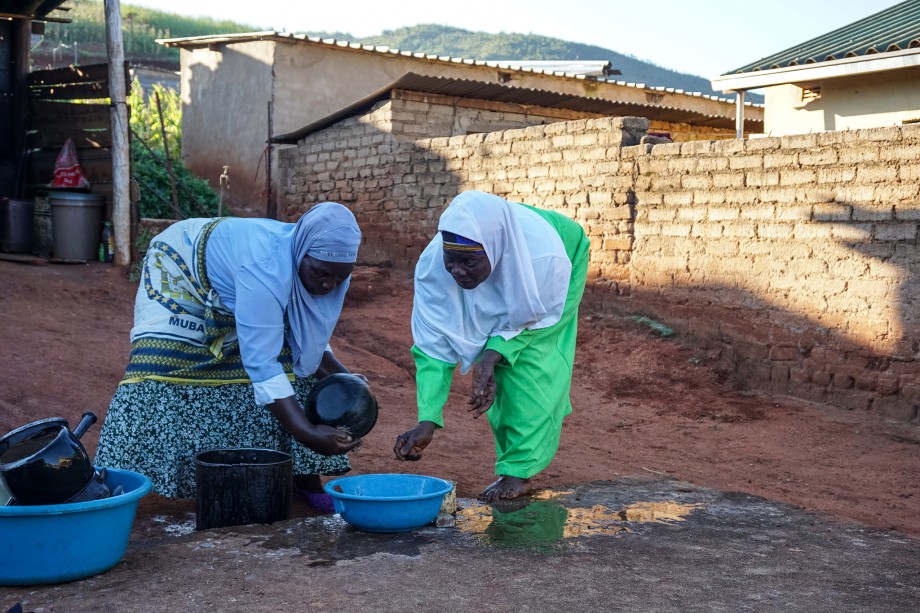 Mavis Roberts visits church friend Grace Mapiri, in green, at her home in eastern Zimbabwe. Roberts checks often on Mapiri, who has no identity documents and can’t get medication for her high blood pressure.

Penhalonga, a gold-mining township outside Mutare in eastern Zimbabwe, attracted many Malawians during the colonial era of the Federation of Rhodesia and Nyasaland, now Zimbabwe and Malawi respectively. After Zimbabwe’s independence in 1980, free movement remained between the two countries, and as a result some migrants did not apply for identity documents.

Eventually, the borders closed. And today descendants of those who didn’t have proper papers struggle to access education, health care or decent work.

Machacha’s Malawian mother and Mozambican father never got identity documents, and thus couldn’t register birth certificates for her and her sister.

Both parents died when Machacha was 3 years old, and no relatives were around to step in. A neighbor they called Granny looked after her and her sister. Because Granny wasn’t a blood relative, she couldn’t help the girls get birth certificates.

The Global Press Style Guide, devoted to dignity and precision in language, is used by dozens of newsrooms around the world.

“I am not even sure of my age,” says Machacha, who braids hair and makes wigs but isn’t formally employed. “It was the lady who took care of us after our parents died who just told me I was born in 1986.”

Mapiri says she arrived in Penhalonga without national identity papers from Mozambique. By then, her husband and children had died, she says. But when she sought documents in Zimbabwe, officials asked her to bring a relative to vouch for her. She had none to call.

Over the years, she made money weeding and housekeeping because, she says, those jobs didn’t require papers.

Mapiri, who has high blood pressure, says her lack of documents means she can’t get medication at government hospitals.

“I have to rely on church members for medication as well as other well-wishers,” she says. “But I should be getting free medical treatment.”

Stewart Nyakotyo, deputy director of the Ministry of Foreign Affairs and International Trade, says Zimbabwe hopes to produce a national plan to address statelessness by 2022, designed in part with results from a Zimbabwe Human Rights Commission survey that’s almost complete.

The country needs to make this a priority, says Olivia Mugambi, former UNHCR protection officer for Zimbabwe, because global trends suggest the problem is likely to get worse.

Around the world, she says, a stateless child is born every 10 minutes.