VICTORIA FALLS, ZIMBABWE — Taxi driver Tawanda Gunde recalls the difficult decision he had to make during the coronavirus pandemic to sell one of the three taxis he used to rent out. While the worry of a reduced income overwhelmed him, he was comforted by the belief that his circumstances would improve again.

But Gunde’s situation didn’t improve, and earlier this year he was forced to sell a second taxi so he could support his family. Today he tries to make ends meet running his one remaining car, has removed his two sons from private school, and is considering other means of income.

For taxi drivers, making any kind of living has become increasingly difficult when, on the back of a pandemic, the price of fuel keeps rising. The spiraling situation is forcing many to leave the industry.

In July, Zimbabwe had the second-highest fuel price in Africa, second to Central African Republic, with the price of a liter of petrol in the landlocked country at $1.88 (over $7 per gallon). That’s compared to 46 cents ($1.74 per gallon) in February, just before Russia’s invasion of Ukraine, which affected oil supplies out of Russia and forced fuel prices up. In Zimbabwe, the situation is made worse by the country’s use of the United States dollar as well as its local currency.

The Zimbabwean dollar was introduced in 1980 to mark the country’s independence from the United Kingdom and to replace the Rhodesian dollar. It remained in place until 2009 when it collapsed due to hyperinflation, a devastating and rare financial occurrence which devalues a country’s currency. Hyperinflation — driven by declines in exports, political corruption and a weak economy — rendered the Zimbabwean dollar so worthless that a 100-trillion-dollar bill was printed in 2009. That same year, a multi-currency system was adopted which included the U.S. dollar, Euro, U.K. pound and South African rand to restore some local currency stability. 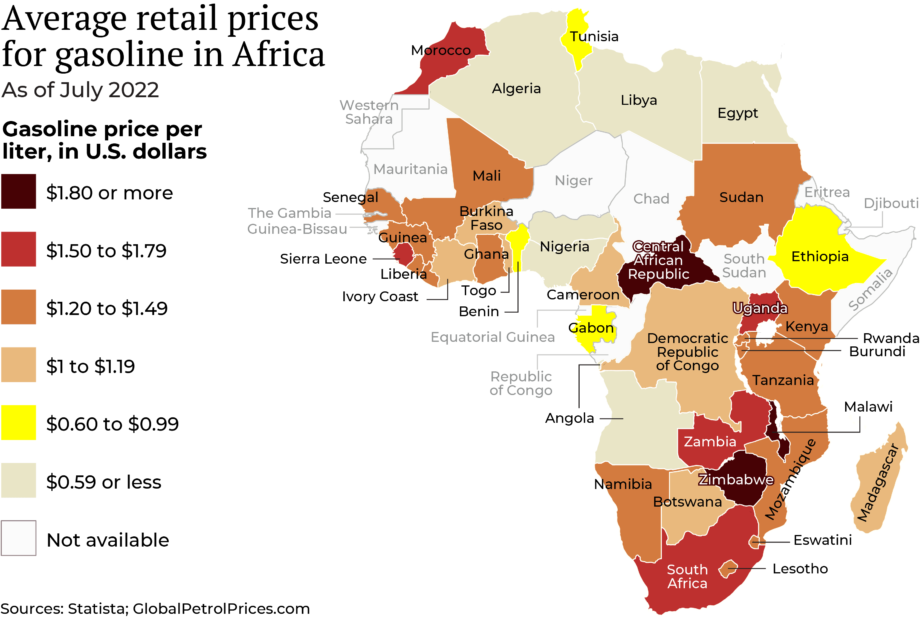 “The Russia-Ukraine war has affected global economies and Zimbabwe has not been spared, as the war is also affecting the U.S. dollar in Zimbabwe,” says Felix Chari, a business and economics lecturer at Bindura University of Science Education. “Inflation continues to increase, and this is affecting the U.S. dollar, which has often been stable over the years. The local currency is bound to continue losing as the year continues.”

While keeping currency relatively stable, Zimbabwe’s multi-currency system has proved a headache for business owners who are expected to offer prices in two currencies for their customers.

Taxi driver Taurai Dube, who some days only earns half of what he used to before the hike in fuel prices, says he has to check the rates of both currencies each morning so he can set his prices before he starts driving his executive taxi, a higher-end mode of transport.

“I allow my clients to pay me in the U.S. dollar and in the local currency at the day’s prevailing exchange rate,” Dube says. The father of three has had to increase his fare prices after business started to slow in March. 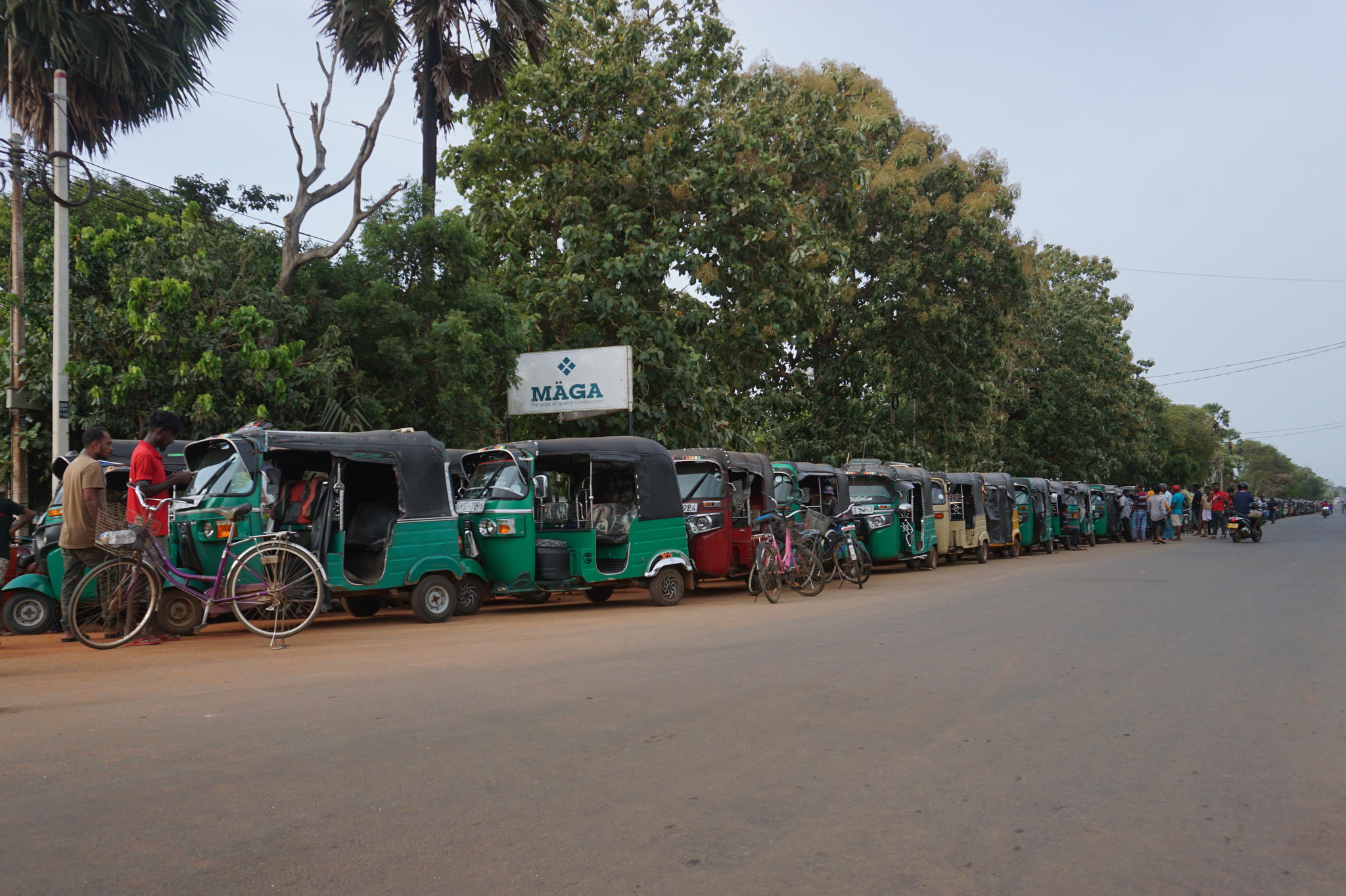 Customers who want to pay in the local currency lose out as a $10 trip would cost them the equivalent of $11 to $13 when paying with Zimbabwean dollars due to its daily drop in value. If they do pay with local currency, Dube then can’t use the cash to buy fuel as it’s only sold in U.S. dollars.

“Most of my local clients can no longer afford my charges and they opt for the cheaper local shuttle taxis,” Dube says. “I now survive on tourist clients.”

Some residents have been completely priced out of using taxis and opt to walk to their destinations. As a small tourist town only recently granted city status, there are no local buses serving Victoria Falls.

Sanelisiwe Mkhwananzi, a supermarket worker, used to get to and from work by taxi at a cost of $1 each way. Now the price has doubled, and her monthly pay can’t cover it. “It takes me about 30 minutes to walk from home to work if I use shortcuts, meaning I cut through bushes and not use the main roads,” Mkhwananzi says. “But the challenge with the shortcuts is that when it gets dark, they are dangerous as there are wild animals and even thieves at times.” 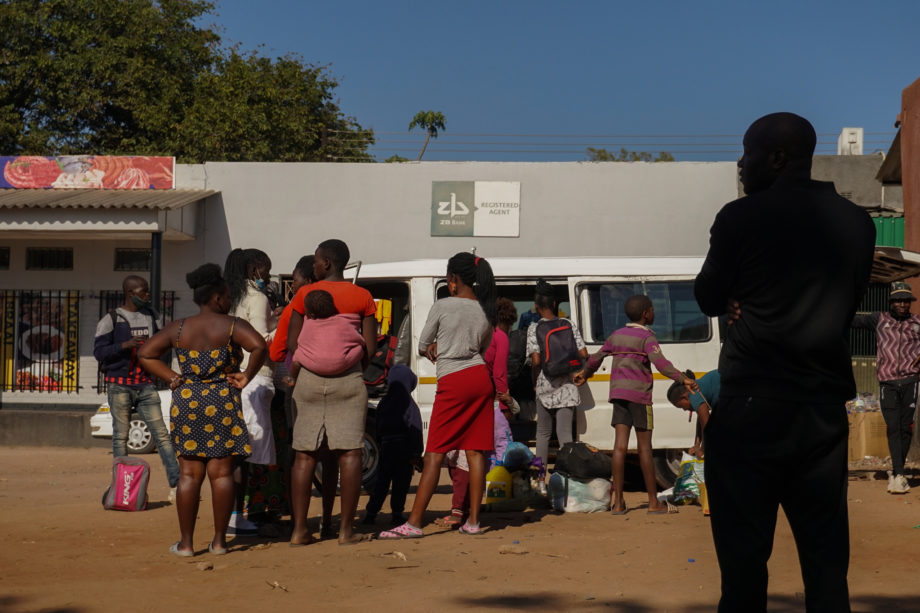 Passengers in Victoria Falls board a shuttle taxi, a cheaper alternative to private taxis and an option more customers are choosing as the cost of living continues to rise.

At the supermarket where Mkhwananzi works and others like it, the hike in fuel prices also means transporting goods has become more expensive.

Oswald Kasi, the owner of a mini supermarket in the township of Mkhosana, in Victoria Falls, gets most of his stock from Bulawayo, a city more than 400 kilometers (249 miles) southeast of his store. “When fuel prices go up, I am also forced to increase the prices of my goods so that I am able to make a profit,” Kasi says.

Country leaders hope a decision to drop the levy on diesel and reduce the levy on petrol — in a bid to stop the price of fuel from exceeding $2 per liter (about $7.50 per gallon) — will help the situation. Chari, the economics lecturer, agrees with the move, but says despite such attempts “Zimbabwe remains expensive when compared to neighboring countries such as South Africa and Botswana.” 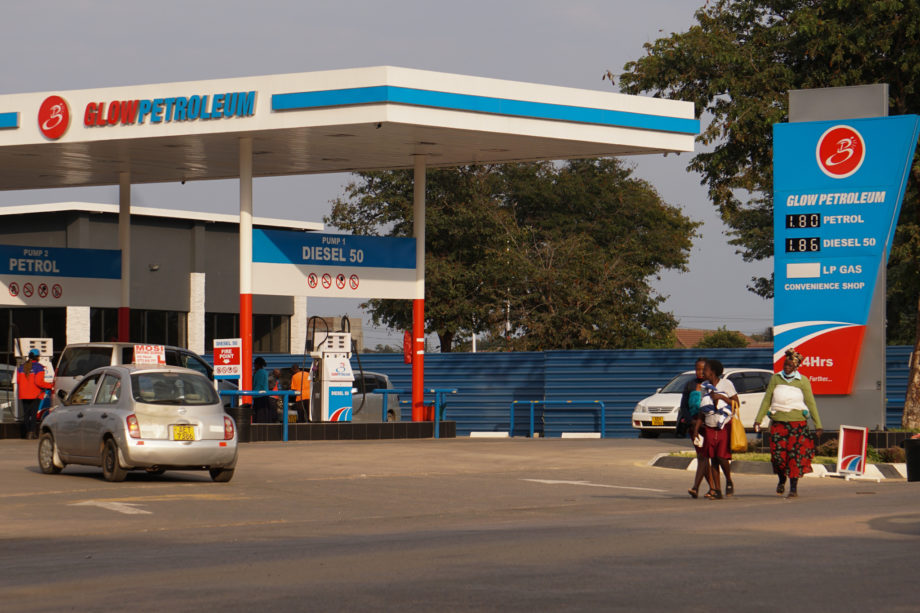 Pedestrians walk past a gas station in Victoria Falls. Gas prices have more than tripled since February, when the Russia-Ukraine war halted oil supplies out of Russia and forced gas prices up.

Meanwhile, the country’s often complicated multi-currency system looks set to stay for a while. Mthuli Ncube, minister of Finance and Economic Development, announced in his latest financial statement released in June that the use of the Zimbabwean dollar alongside the U.S. dollar would remain in place for the next five years. Attempts to reach the ministry for comment were unsuccessful.

For Gunde and taxi drivers like him, change needs to happen fast. He no longer has a backup taxi to sell should the dire economic situation continue. “It was a hard blow I had to take,” he says of his decision to sell the two taxis.

While he lives in hope that one day he will have a more secure business, his daily thoughts are consumed with worries of whether he has enough money to support his wife and two children.

“I tried buying and selling clothes to supplement my income but I didn’t get the results I needed,” Gunde says. “Driving a taxi is the only business I know.” 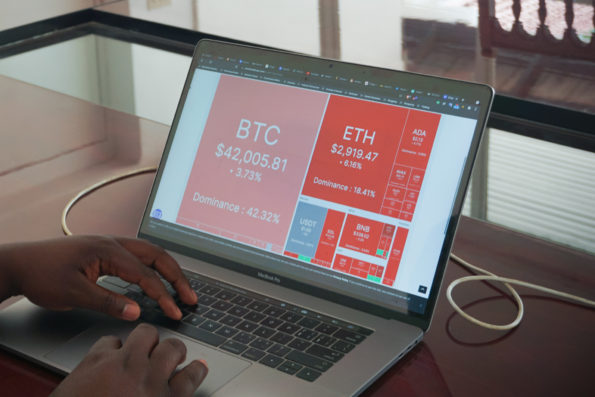 Bitcoin Is a Draw for Many — Including Scammers 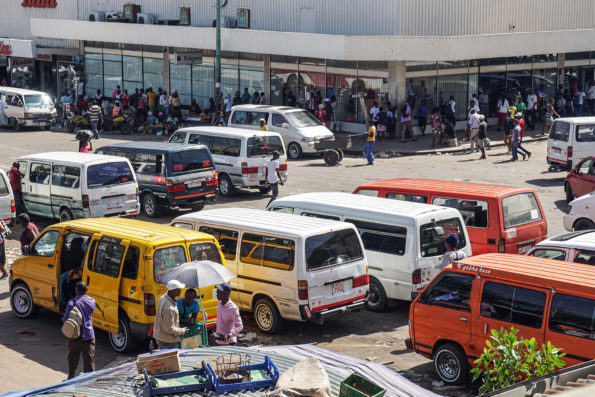