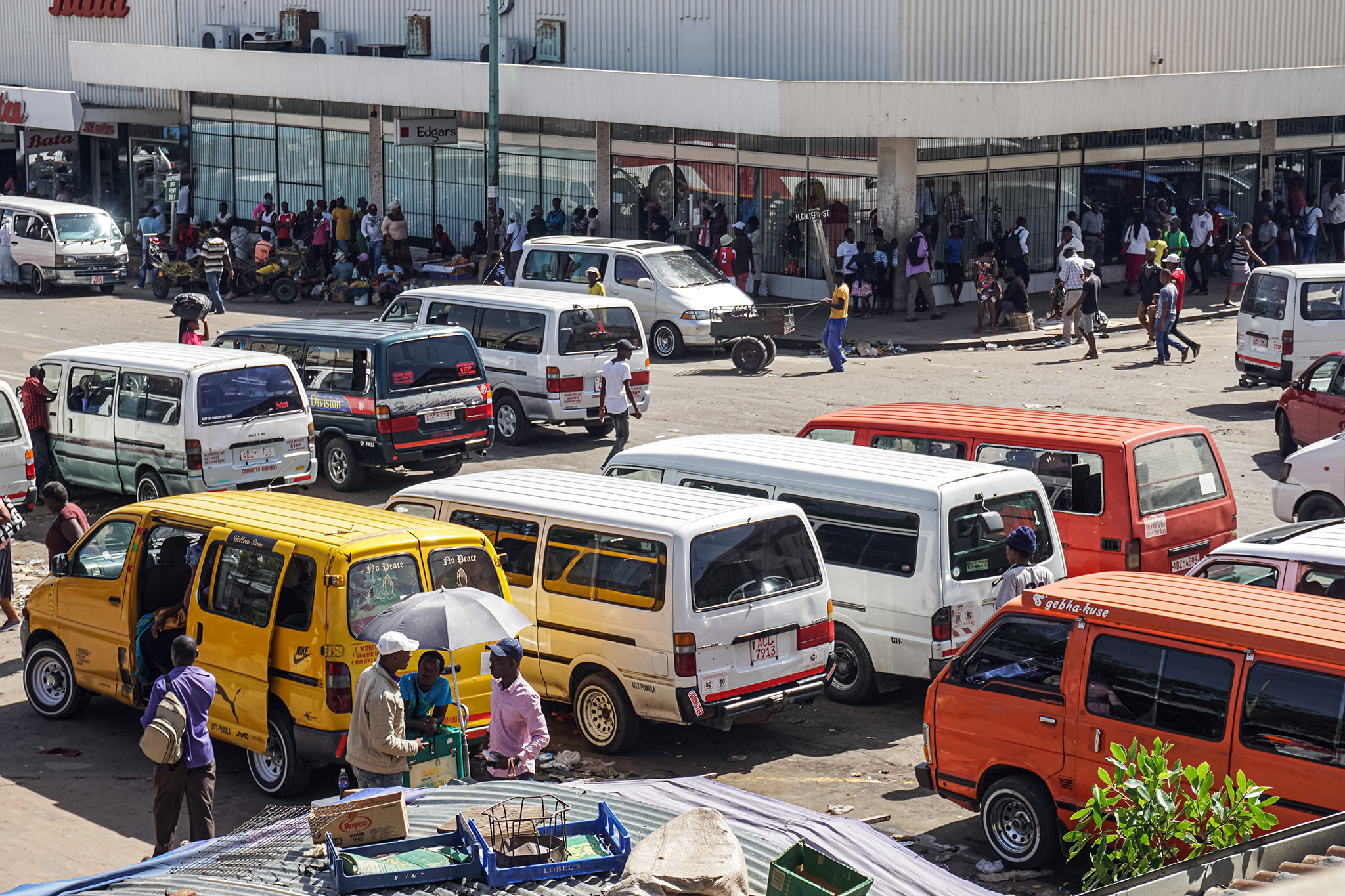 HARARE, ZIMBABWE — At a busy gas station in the capital city of Harare, a conductor calls out for passengers to board a minibus, or “kombi.” Minutes later, a truck full of police officers screeches to a halt nearby. The crowd of commuters flees.

“This is our new normal,” says a 21-year-old driver named Terrence, referring to a police crackdown on independent transport operators. He asked to use only his first name for fear of retribution. “We don’t have other ways to make an honest living, so we just operate on the run, hoping to make enough to survive the day.”

In March 2020, when Zimbabwe began its first coronavirus lockdown, the government issued a decree that made kombis and all other forms of public transportation illegal except for the state-owned Zimbabwe United Passenger Company buses. The stated purpose of the ban was to enforce safety protocols to reduce the spread of the coronavirus.

But kombi operators say the government is using the coronavirus pandemic as an opportunity to grant the state-owned company a monopoly on public transportation and edge independent drivers out of business — leaving them no way to earn a living.

While the official unemployment rate in Zimbabwe is 11%, the vast majority of the country’s labor force works in the informal economy. These jobs tend to be unstable with low wages. The pandemic, which came when the country was already experiencing recession and hyperinflation, intensified the economic instability. For many independent drivers and conductors, being on the road enables them to earn wages comparable to formal employment salaries.

Zimbabwe Lawyers for Human Rights filed a lawsuit in 2020 arguing that the ban on informal transport operators was discriminatory, unconstitutional and created an unlawful monopoly. The application was originally dismissed but is currently before the High Court. The organization didn’t respond to requests for comment on the case. 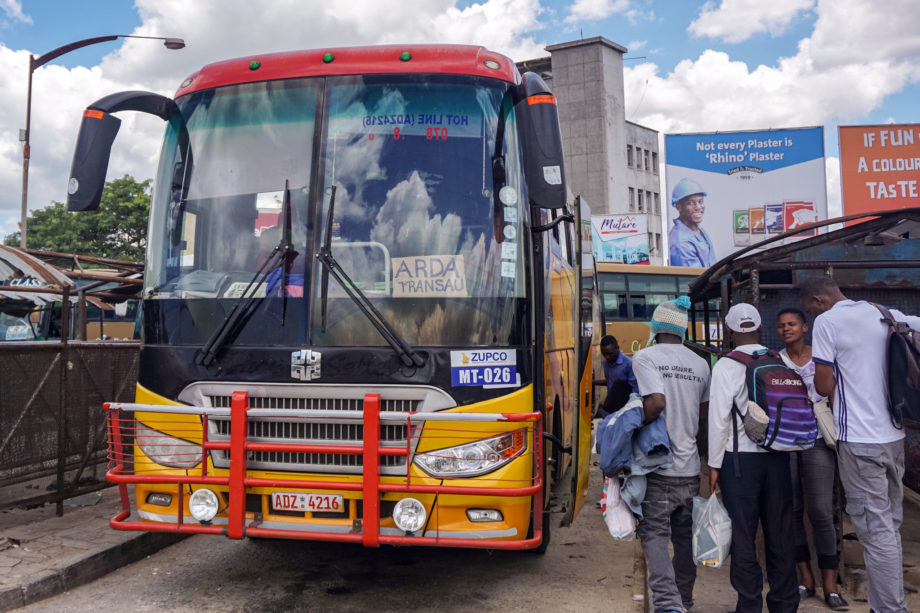 A bus picks up passengers in Mutare in February 2019.

Zimbabweans have long relied on kombis. The vans are smaller and the fares are more expensive than the government-subsidized buses, but they run more frequently and cover more routes. Once unauthorized kombis were removed from the road, Zimbabwe faced a major transportation crisis, as there were not nearly enough state-owned buses to meet the country’s transportation needs.

While some kombis are able to partner with the state bus company and register under the transport utility’s franchise, they typically earn lower wages by doing so. Drivers who defy the ban and continue to operate illegally risk hefty fines and having their vehicles confiscated.

Adding to the kombi drivers’ frustration is knowing bus drivers from the state-run company are often guilty of the same offenses for which the government cracked down on them. These, they say, include overcrowding, not adhering to coronavirus guidelines, and allowing unsafe drivers or vehicles on the road.

Terrence says he began driving a kombi in 2019, after working occasionally as a conductor to pay for his schooling.

“I had a black-market link who supplied me with diesel during the times when fuel was scarce, so I was always on the road, making money,” he says. “We had occasional run-ins with the police, but when the pandemic started, everything just got worse.”

“We don’t have other ways to make an honest living, so we just operate on the run, hoping to make enough to survive the day.”Terrence independent driver

It wasn’t until the pandemic started, though, that all privately run transport operators were banned.

Harare City Council spokesperson Michael Chideme declined to comment on the crackdown on illegal drivers and whether local government intends the state-run buses and private kombis to coexist again in the future. Likewise, Zvinechimwe Churu, permanent secretary for the Ministry of Local Government, Public Works and National Housing, says he can’t comment on a case that is already in court.

Terrence says he stopped driving a kombi in March 2020 at the start of the lockdown. These days, he drives a pirate taxi, called a mshika-shika. Mshika-shikas are included in the public transport ban but can be harder than kombis for police to identify.

“Due to the rising number of thefts, people fear getting into small cars,” Terrence says. “So business can oftentimes be very slow.” 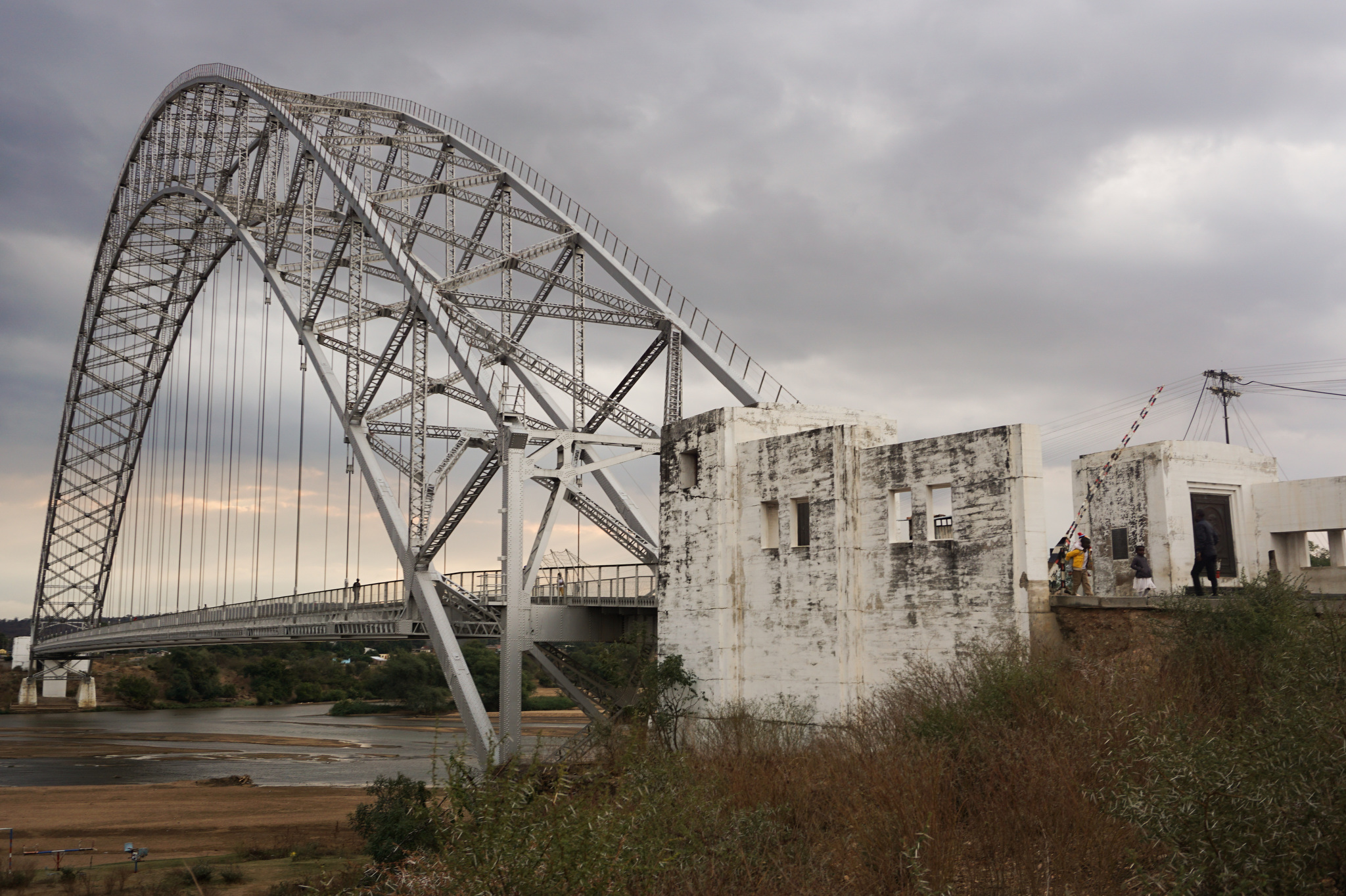 Mandebvu, who asked to be referred to by his last name for fear of retribution, is another Harare driver who traded a kombi for a mshika-shika. He says he has been arrested many times during his 15 years in the public transport business.

“It is not easy being a kombi driver constantly at loggerheads with the council and the police in Zimbabwe. But we have no jobs, so what can we do?” Mandebvu says. “I’d sooner stay in this cat-and-mouse game with the police than resort to theft so I can eat.”

Ngoni Katsvairo is secretary-general of the Greater Harare Association of Commuter Omnibus Operators, which represents commuter bus drivers and conductors. He says most kombi drivers don’t want to join the state-run franchise due to the low pay and late paychecks drivers receive. They would prefer to operate independently.

“The over 10,000 kombis outside the [state] franchise should be allowed to come back and operate under an organized association franchise system while we deal effectively with the noncompliant ones,” Katsvairo says, referring to unsafe drivers.

In the meantime, kombi and mshika-shika drivers find creative ways to stay on the road.

Terrence, whose mshika-shika belongs to his uncle, found a “defender” — a police officer who acts as the owner of the car should the driver get threatened with a ticket.

“Everyone driving a mshika-shika has one,” he says.

“A ticket is $50,” Terrence says. “However, if I give the arresting officer $10 and my defender $10, I am still left with some money and I am allowed back onto the road, so I can make it back — if I don’t get arrested again.”