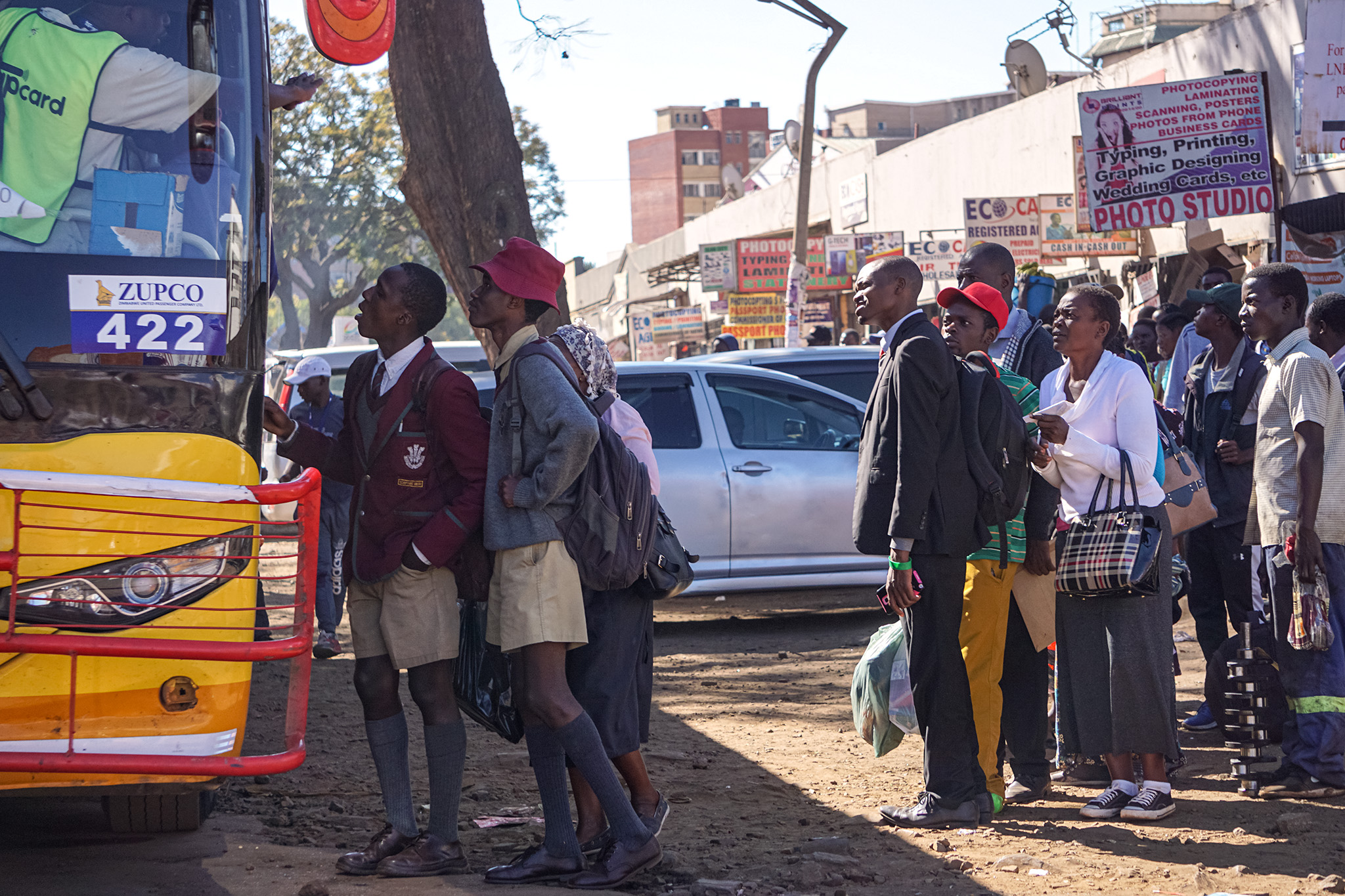 BULAWAYO, ZIMBABWE – Omnibus conductor Mbongeni Ndlovu raises his hands and signals towards the city center of Bulawayo, directing commuters to the waiting vehicle on the roadside.

“Let’s go, good customers. How much do you have?” he shouts in Ndebele, one of the languages used in the city.

Ndlovu has plied his trade in Cowdray Park, a high-density suburb about 15 km (9 miles) from the city center for the past six years, helping him support his wife and two young children.

But his livelihood directing the private omnibuses is under threat since the government has re-introduced the Zimbabwe United Passengers Company, known locally as Zupco, a low-cost bus system that operates in Bulawayo and Zimbabwe’s other major cities.

“Since the coming in of Zupco buses, our customer base has reduced. Our customers prefer to board the buses, as they are cheaper,” Ndlovu says.

“We have already lost more than half of our regular clients due to the coming in of Zupco buses,” says Daniel Pondo, owner of omnibus company City Transit. In some cases, the company has allowed customers to board for just 2 ZWL ($0.18). 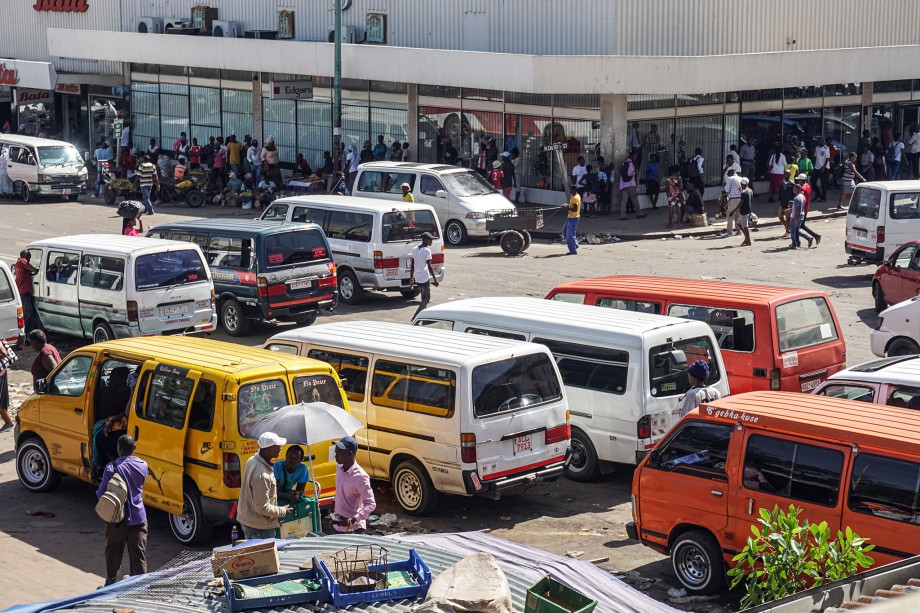 Commuter omnibuses line up as they load passengers in Bulawayo, Zimbabwe. The omnibus industry in Zimbabwe is struggling as more of its passengers opt for cheaper Zupco buses, which benefit from government-subsidized fuel.

Zimbabwe’s economy has struggled the last several years, and especially since the 2018 general election. The Zimbabwean dollar has lost value since being announced as the country’s sole currency in June 2019. The volatile economic situation has brought fuel shortages, making private transport such as omnibuses more expensive.

Private omnibuses had been the most popular mode of transport for Zimbabweans, but the fares are now unaffordable for many commuters. This led the government to re-introduce lower-cost Zupco bus service in major cities.

There are only about 300 Zupco buses in operation in the country and though they are larger and carry more passengers, the size of that fleet pales in comparison to the thousands of private omnibuses operating across Zimbabwe. There are 1,200 in Bulawayo alone.

In Bulawayo, omnibuses, which always have both a driver and a conductor to collect fares, now struggle to compete with the government-subsidized bus service. And now, paychecks for both positions are decreasing, a Bulawayo resident’s association spokesperson confirms.

Zupco buses initially thrived in the years immediately following the country’s independence in 1980.

After the bus system was deregulated in 1993, the government could no longer afford to maintain the fleet.

The resulting legalization of private transportation providers, popularly known as “emergency taxis,” was intended to augment the Zupco bus service. These emergency taxis were the predecessors of the modern omnibus. Omnibuses carry about 18 passengers, offer fast service and operate 24 hours a day. Zupco buses are larger and slower, but benefit from government-subsidized fuel.

“The coming in of Zupco buses has greatly affected our business,” says Atlas Moyo, the founder of Tshova Mbaiwa, one of Bulawayo’s oldest and most popular omnibus fleets.

Moyo’s business relies on fuel bought from the pump at the going price of the day, a price that has tripled since June and continues to increase.

“Petrol and diesel have gone up twice in the last two weeks,” he says. “However, we cannot increase our fares further, as all our customers will go to Zupco.”

Not all omnibus operators have been affected by the re-introduction of the buses, in particular operators that travel routes to smaller suburbs where Zupco does not offer service.

“It is difficult for our customers to complain as there are very few buses that go to suburbs in the low density [areas],” Runetsi says.

Other commuters still pay for the omnibuses to avoid Zupco’s long wait times.

“A lot of residents prefer Zupco because of the low costs. However, the demand is too much and there are few buses; that’s why there are a lot of queues,” says Richard Nleya, a Zupco driver.

For many commuters, the long wait is worth the lower price.

“I have been waiting in this bus queue for about three hours now,” says Gift Tshuma, a self-employed carpenter who travels from his home in Pumula North, 12 km (7 miles) away, to work in the city. “But I am not bothered.”

The wait is too much, though, for Brenda Sibanda, an accountant at a local law firm who lives in Nkulumane, 10 km (6 miles) away.

“The buses may be cheaper, but I cannot wait for a bus for over an hour just to save some money,” she says.

As the costs of other goods and services in Zimbabwe keep rising, reliance on the low-cost Zupco bus service remains strong.

“The Zupco buses are a positive development, considering the economic situation in the country,” says Felix Chari, a business and economics lecturer at a local university. “As much as it negatively impacts other transport systems, more buses should be available for the public.”

Fortune Moyo, GPJ, is not related to Atlas Moyo.