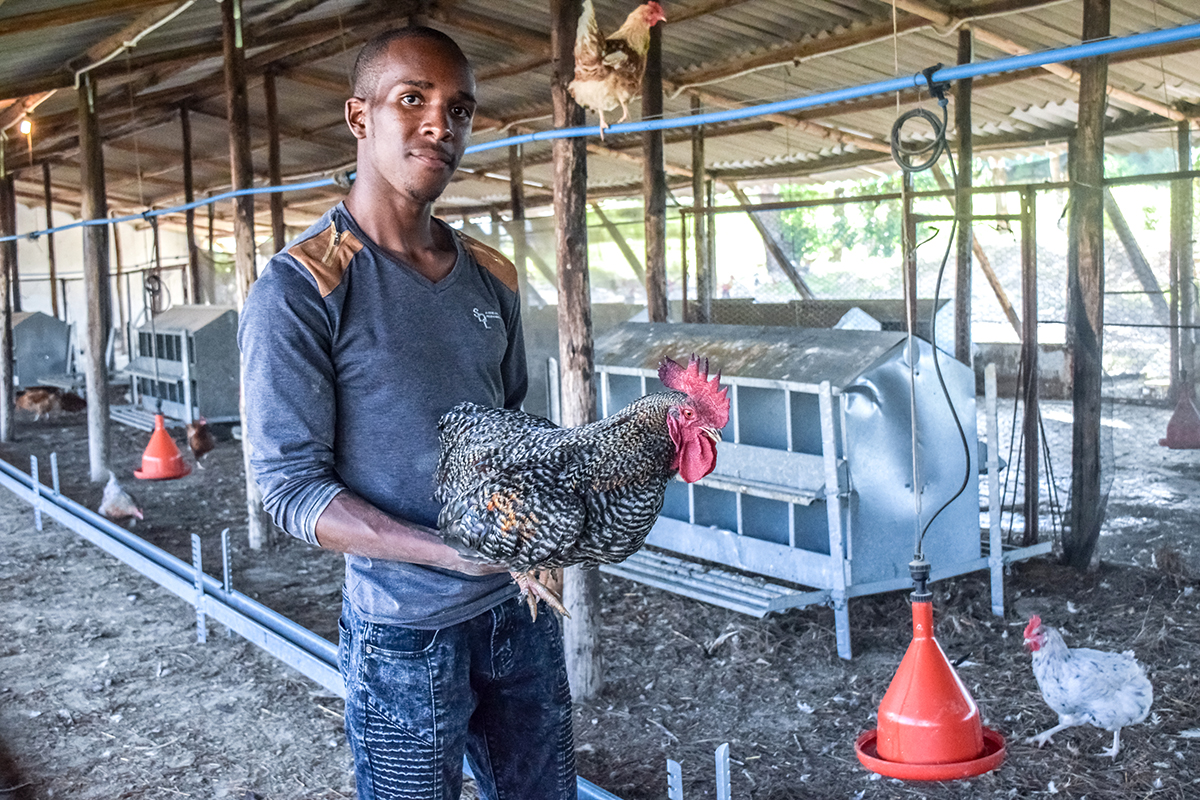 HARARE, ZIMBABWE — At an outdoor restaurant in Harare, a roadrunner chicken is served with millet, maize, sorghum pap (referred to as sadza in Shona) or rice mixed with peanut butter. The chicken, which used to be found mostly in rural areas of Zimbabwe, is becoming increasingly popular in urban areas.

Roadrunner chickens survive by scavenging for their own food, feeding on grass, plants, worms and other insects, as opposed to being provided chicken meal. Due to their active nature, they are very hard to catch – hence their name, “roadrunner.”

Philemon Zhakata, 52, runs a restaurant called Chicken World, and he serves roadrunner as one of his special dishes.

“These days people are concerned about their health; a roadrunner is preferred because it is natural and healthy,” he says.

Zhakata says he prefers roadrunners from rural areas because they scavenge for the bulk of their food. The chickens that are fed stock feed tend to have softer meat and are not as tasty, he says. 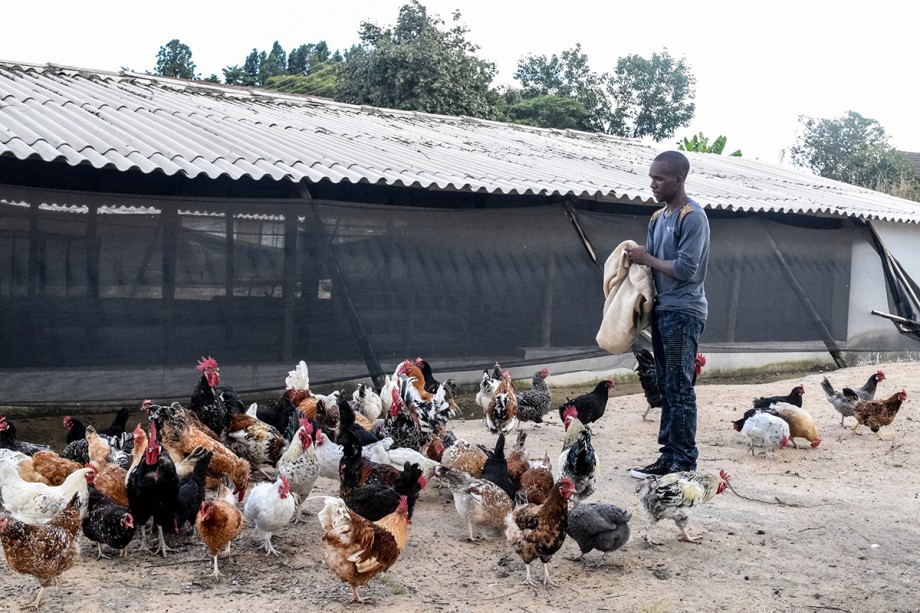 Kudakwashe Mutsvairi’s roadrunner chickens gather around as they wait for him to scatter a handful of sorghum seeds. The chickens usually seek out their own food, but Mutsvairi occasionally feeds them natural seeds.

The more the chicken works for its food, the tougher its meat becomes – and Zhakata’s customers prefer the tough meat.

He says a meal with roadrunner chicken meat costs $5 and he sells an average of 35 plates a day.

Roadrunner chickens were primarily popular in rural areas of Zimbabwe, but as residents of urban areas have become more health conscious – turning to vegetables mixed with peanut butter as opposed to cooking oil, for example – the tough roadrunner is becoming a meat of choice.

People believe that the chicken is healthier than the usual broiler chicken, a breed of chicken raised strictly for meat production in a confined pen, living off stock feed.

Kudakwashe Mutsvairi, 21, is a roadrunner chicken farmer. He says he started the business with his father in November 2015.

He explains that a commercial broiler chicken takes at least six weeks to mature, as it’s fed with the intent to grow quickly, as opposed to a roadrunner chicken, which requires a minimum of six months to mature. 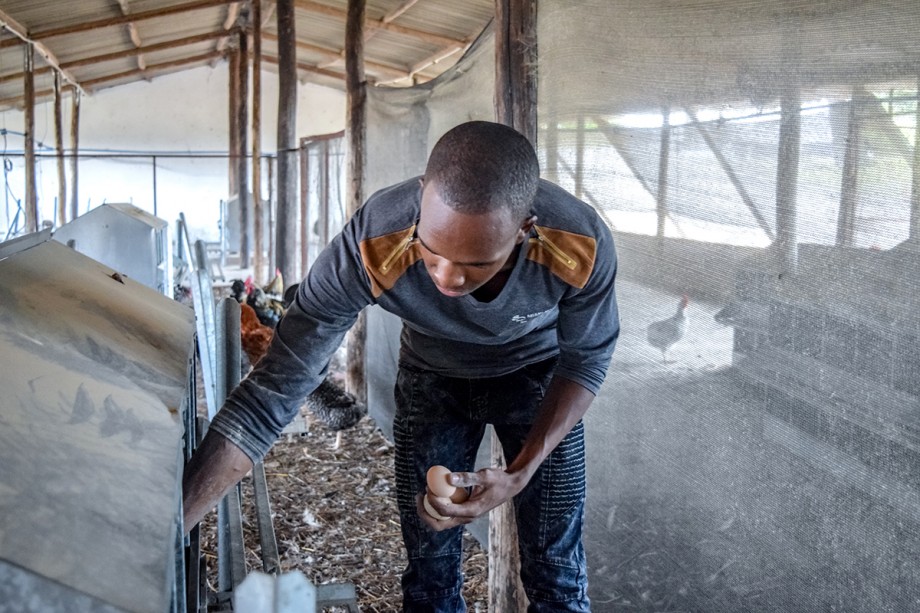 Kudakwashe Mutsvairi and his father, Phillip Mutsvairi, created their farm after realizing that raising and selling the roaming roadrunner chickens could be a profitable business.

“We focused on roadrunners because of its nutritious benefits. They are easier to keep and they find their own food.”

In a month, he earns an average income of $500 to help with his studies.

“I sell roadrunner meat and I also sell eggs, and it is profitable but you need patience to grow them,” he says.

The price of the bird depends on the breed – Boschveld or Potchefstroom Koekoek, for example – and ranges from $10 to $15. The eggs range from $8 to $10 a crate.

Phillip Mutsvairi, Kudakwashe’s father, says he and his son started the business after realizing that despite being a delicacy the roadrunner has largely been grown for domestic or household consumption, yet great potential existed for commercializing it.

He says the market for roadrunners is large and very hard to satisfy.

“It is a business with untapped potential,” he says.

Beauty Jiji, the Secretary General for the Zimbabwe Free Range Poultry Association, an organization with a vision of making free range chicken the preferred type of chicken, says establishing roadrunner farming is easier.

“We started this association to address the issues of household food security and nutrition. As unemployment increases you find that the quality of food people are accessing is becoming poorer by the day,” she says. 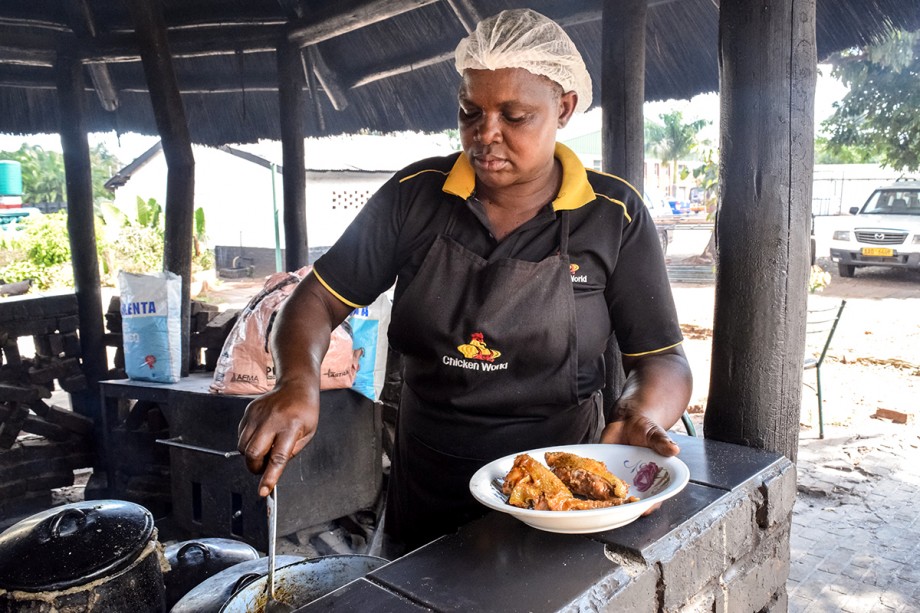 Mercy Ngoma has been cooking roadrunner chicken for five years. She says the meat is tough, so it takes a little longer to cook than broiled chicken.

Jiji says the association has over 650 members who are interested in roadrunner farming.

“Roadrunner chickens culturally were only for visitors or for special events such as lobola negotiations, child naming or Christmas celebrations and funerals. We want to demystify this culture,” she says.

Jiji explains that to keep the roadrunner chicken healthy while maintaining its natural taste, farmers add a variety of ingredients to the water consumed by the chickens. Aloe vera, charcoal and fire ash are believed to prevent diseases, such as coccidiosis. Cow and elephant dung is also added to prevent Newcastle disease and bird flu.

“I recommend more people to keep these birds rather than just sitting at home doing nothing. It is a profitable business,” says Kudakwashe Mutsvairi.

Zhakata says people should know what they eat because that is how to survive longer. The uptake of unhealthy food can lead to diseases and a shorter life, he says. 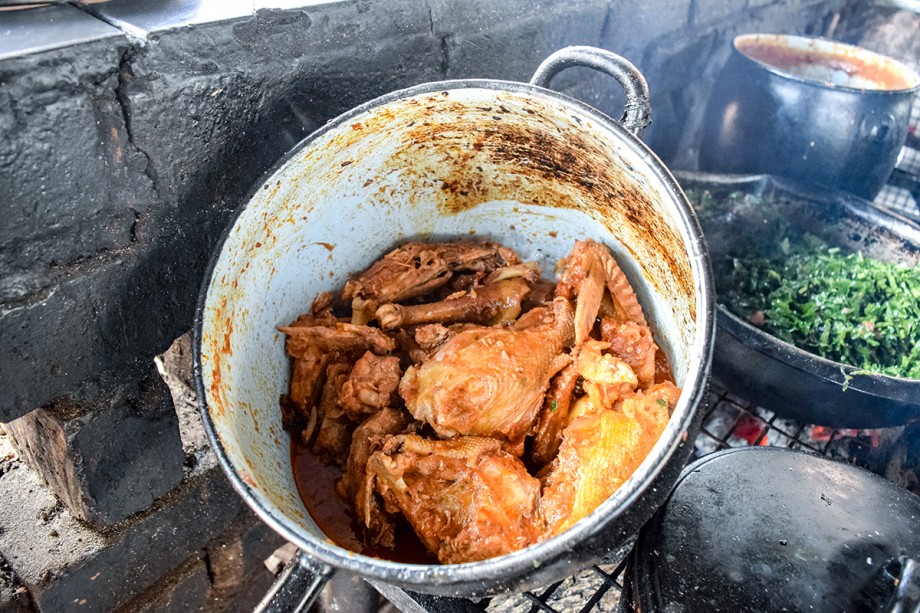 The ingredients for Mercy Ngoma’s roadrunner chicken – onion, tomato, salt and water – are intentionally minimal, as the quality of the chicken is what truly makes the dish.

What you need:
A Pot
Large cooking spoon
Knife
Cutting board

3. Next, cut your chicken into pieces. Here are basic steps for breaking down a whole chicken: Start by cutting off the legs of the chicken by slicing through the joint, then separate the thigh from the leg. Remove the wings. Lastly, flip your chicken over and cut along the breastbone. Repeat on the other side until the entire chicken is cut into pieces.

4. Place the pieces into a pot with two cups water on medium high heat. Bring the water to a boil for 30 minutes to an hour, depending on the size of the chicken, until the chicken is no longer pink in color. The older the chicken is, the longer the boiling time it will need.

5. Add a pinch of salt while the meat is boiling

6. When you are finished boiling the chicken, the next step is to fry it in oil. If there is excess water after the boiling process has completed, drain the water, then add a tablespoon of cooking oil. Sauté the chicken pieces in the oil for about five minutes on medium high heat.

7. Add the onion and stir

9. Add a little bit of water, depending on whether you prefer soup or not. If you do make a soup, add more water for a broth, but keep it simple – roadrunner chicken is best served with no additives.

10. Serve with a starch-based meal like sorghum, maize, millet pap or rice, or use anything of your choice.