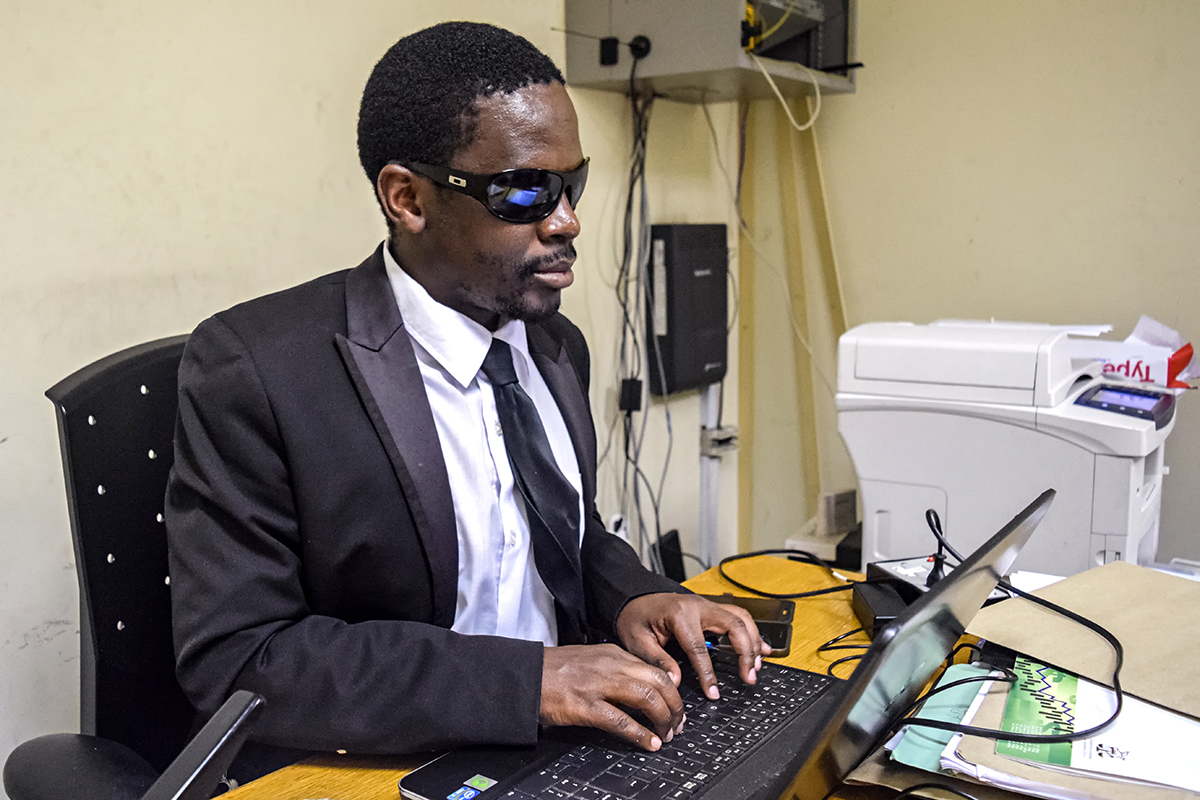 HARARE, ZIMBABWE — Zimbabwean elections have come and gone, but Abraham Mateta, a local lawyer, says the newly elected government has a lot of work to do when it comes to advancing disability rights.

Mateta says many political parties campaigned on the issue of rights for people with disabilities, so now it’s time for action.

“For the first time, disability was really a campaign issue across the political divide,” he says. “But the national disability policy has not been finalized, and they need to come up with a new disability act.” Mateta, who is visually impaired, says the new government leaders have the opportunity to make good on their campaign promises.

Born with his sight, Mateta, who is known locally as Mukoma A, a Shona word for a respected elder, says he faced many obstacles after an illness left him blind.

He says he owes his success to his family for their support and insistence that he receive a good education.

“At the family level I never felt any discrimination,” he says.

Mateta got his start as an activist in 2006 when government grants for university education were eliminated.

“When I went to university, there were still government grants. But by 2006, they said everyone was supposed to pay fees, so we lobbied the vice chancellor, and those with disabilities were given free accommodation and a provision to learn without tuition, so that is how l was able to complete [my education] at the University of Zimbabwe,” he says.

He says he was excited to take a job working for the government.

But the systems within the government were not set up to allow a disabled staff member to be successful, he says.

A condition of his employment required him to have an assistant to help him with the paperwork. But it took more than two months to hire someone, during which time he had to wait for his pay.

Zimbabwean government, often suppress the rights of people with disabilities.

He left the country for a while to attend the University of Leeds in the United Kingdom.

Masimba Kuchera, who is visually impaired, says the work that Mateta has done to advance legal justice for people with disabilities has been instrumental.

“I’ve known him from the time when we were at the University of Zimbabwe,” Kuchera says. “We worked on one court case together where we were challenging the electoral commission.”

He says that Mateta’s challenges to the government in court will create a better future for visually impaired voters.

“The court case had a direct impact for people like me who are blind,” Mateta says.

He says he will continue to challenge the Zimbabwean government.

“[I’ve done] a case against the president of Zimbabwe and others, including the minister of justice, ZEC [Zimbabwe Electoral Commission] and the attorney general. In each case, we were fundamentally challenging the way in which people who are blind or visually impaired were supposed to vote,” he says. Blind people were previously required to vote in the presence of police and two other voting officers. The supreme court ruled that requiring others to witness a blind person’s vote violated the right to privacy afforded to other voters.

Mateta recently filed a new case against the ZEC about requiring a braille version of voting ballots, which were not available in the July 30 elections.

Utloile Silaigwana, acting chief elections officer at the ZEC, says the commission is considering braille ballots. “We don’t have the braille ballot as of yet. In the future we are working towards that so that we include that in the upcoming elections,” he says.

Mateta says he is not taking disability rights cases pro bono, but he takes on other kinds of cases to earn a living.

“We are in a country where disability has been associated with charity. It’s not yet a paying area,” he says. “In order to look for bread, I take up any case that you can think of, from adultery, criminal cases and so forth.”

He recently represented Joyce Kawere, a Harare resident, in an eviction proceeding.

“I was about to be evicted from the place I’m living at now,” she says, adding that Mateta helped her settle the matter out of court and keep her home.