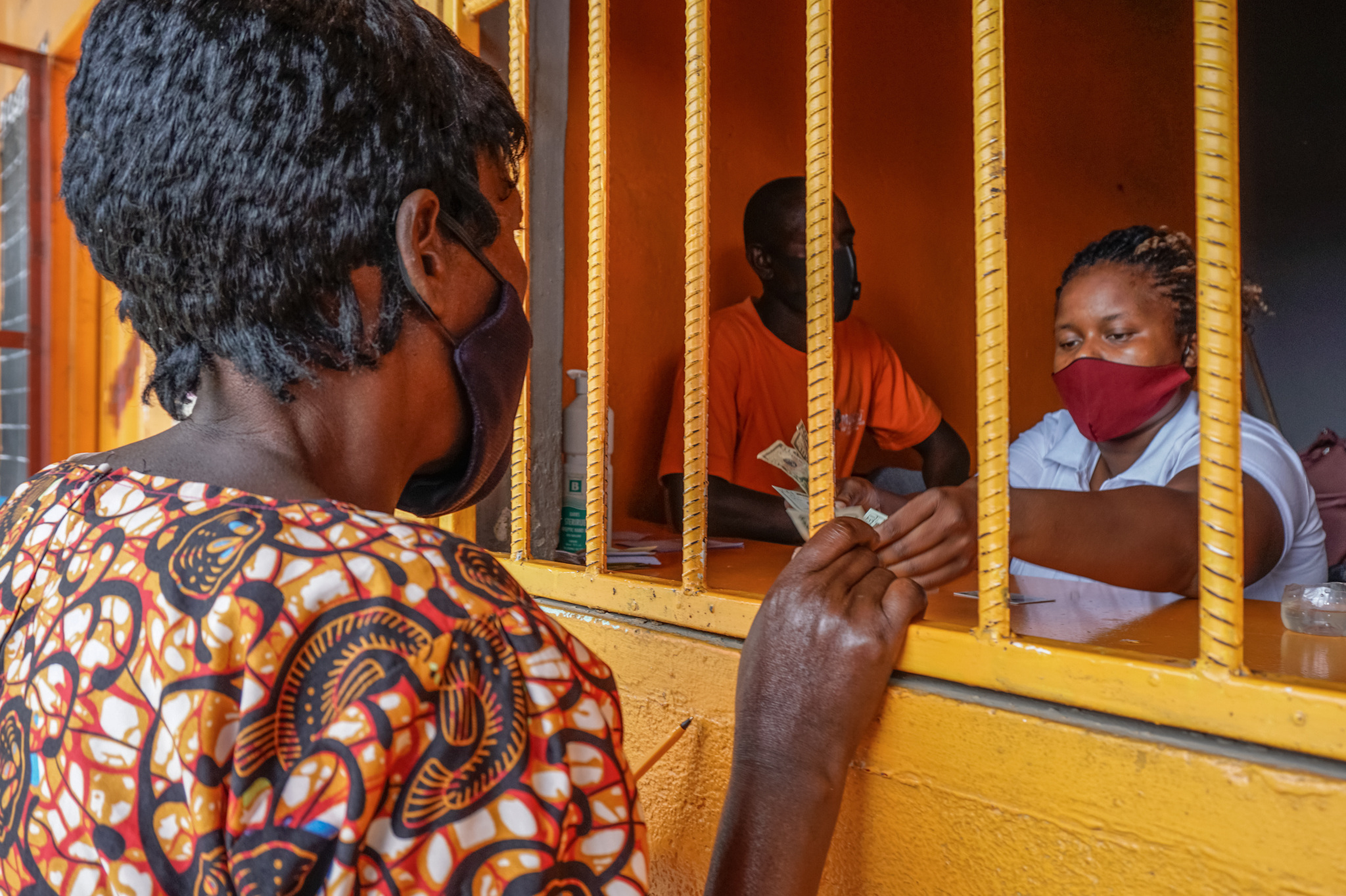 HARARE, ZIMBABWE — Standing in line at Mukuru, a money transfer agency, Memory Mafemba browses through her phone for the transfer code that will allow her to claim her cash.

When it’s her turn, she steps quickly to the teller window and collects the $70 that her daughter, who works as a server at a restaurant in South Africa, has sent her.

“This is valuable money,” says Mafemba, as she folds the bills and places them in her wallet. “It will go a long way in ensuring that I have food on the table.”

The Zimbabwean diaspora plays a prominent role in stimulating the country’s economy, helping to ensure the survival of people and businesses. Over the last two decades, Zimbabwe has experienced the most severe economic downturn in a country not at war, according to a 2019 report from the African Development Bank. It currently has one of the worst inflation rates in the world.

Zimbabwe received an influx of $6.3 billion in foreign currency last year, a record high, up from $5.5 billion in 2019, according to the Reserve Bank of Zimbabwe. Diaspora remittances made up the single highest share of that total, accounting for $1 billion, a 58% increase from the previous year.

The figures are striking. But they reflect a dramatic shift in how Zimbabweans transfer money internationally, as residents and their relatives abroad have moved away from an informal system of bus drivers and couriers — known as malaicha — and toward official money transfer agencies that offer more convenience and consumer protections.

It’s a significant cultural change, brought about by the coronavirus pandemic. Before the pandemic, agencies like Mukuru and Western Union were not widely used in Zimbabwe. But when countries closed their borders, the informal networks were cut off, forcing Zimbabweans to turn to official channels.

Mafemba, for example, only started using money transfer agencies in 2020.

“Because the borders are closed, using buses and individuals is not available anymore,” she says. “My children are using money agents now.” 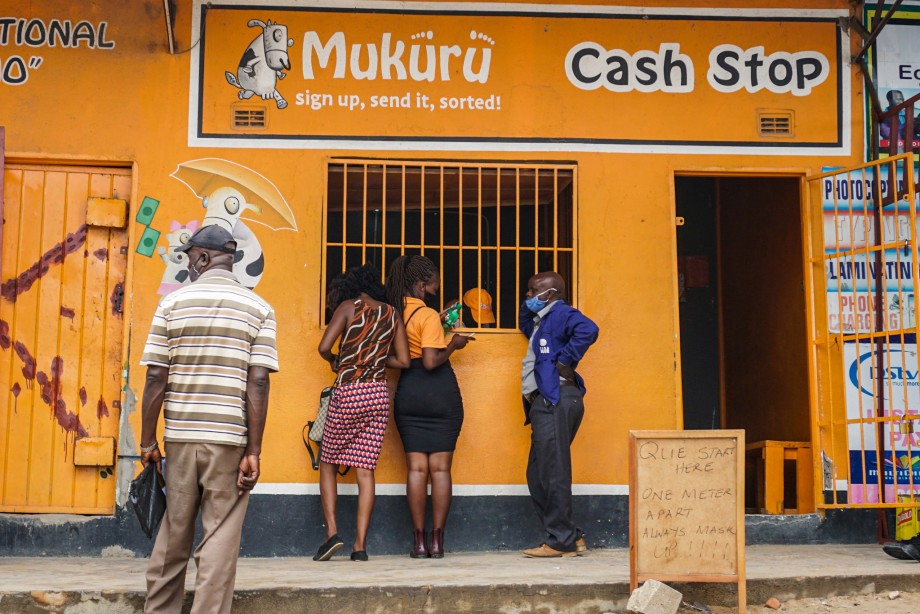 People queue outside Mukuru to collect money sent by their relatives, with most receiving money from the diaspora.

To send money via the informal networks, individuals would arrange to meet the malaicha or bus driver in person to exchange money and contact details for the recipients in Zimbabwe. Such arrangements were commonly made by Zimbabweans living in nearby countries like South Africa, Malawi and Botswana, which were served by cross-border bus routes. The majority of the Zimbabwean diaspora is concentrated in South Africa, but many live in other African nations as well as overseas.

After the money was in transit, it was typically the responsibility of the intended recipients in Zimbabwe to track and call the malaicha to make collection arrangements.

Sending money this way could be risky. The money could be stolen by thieves or pocketed by dishonest malaichas. Buses could break down on the road. But the key advantage to the informal system was that the service fees were usually lower than what official money transfer agencies charge, and they were negotiable.

“I would carry over 20,000 South African rand [around $1,300] each trip, and my fee ranged from 5% to 6%,” says Arnold Mbizi, a bus driver who used to drive between Zimbabwe and South Africa. “There was no fixed charge, because we could always negotiate with the customer.”

With Mukuru, by contrast, the service fee to send money from South Africa to Zimbabwe is about 9%.

But with the closure of borders due to the pandemic, Mbizi’s business has been severely affected. “People now use money agents such as Mukuru and Western Union,” he says. 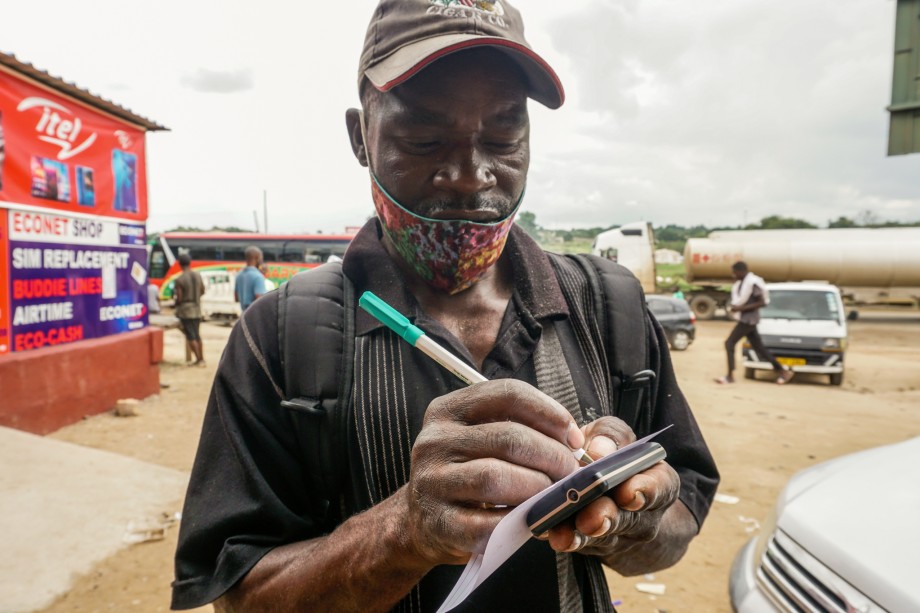 Joseph Dembure fills out a cash collection slip at Mukuru. He used to receive money through informal channels, but now uses official agencies four or five times a month.

Mukuru CEO Andy Jury says the company experienced a significant influx of new customers over the past year, though he declined to give specific figures.

“We believe this is the result of the purpose underpinning remittance flows — the need to support families in the country of origin,” he says. “Customers were driven to do this, even if it meant making other personal sacrifices.”

Mukuru, which was founded in 2004, currently supports payments to 18 countries across Africa and Asia. The company has about 2 million senders and 6 million recipients, and has carried out some 45 million transactions to date, according to Jury.

Even after the pandemic ends and border restrictions are lifted, some customers aren’t eager to return to the old methods of transferring money.

Joseph Dembure, a carpenter based in Harare, used to receive money through buses, but he now uses money transfer agencies four to five times a month to receive cash from his diaspora clients.

“These agents are reliable and instant,” he says. “A bus would take two days or more while waiting for the money to arrive.”

Dembure has decided he will stick with the official agencies, due to their increased safety and reliability. He would consider returning to the informal system only if the fees charged by official money agencies increase substantially, he says.

“I am likely to use formal means of sending money even after the coronavirus is long gone.”