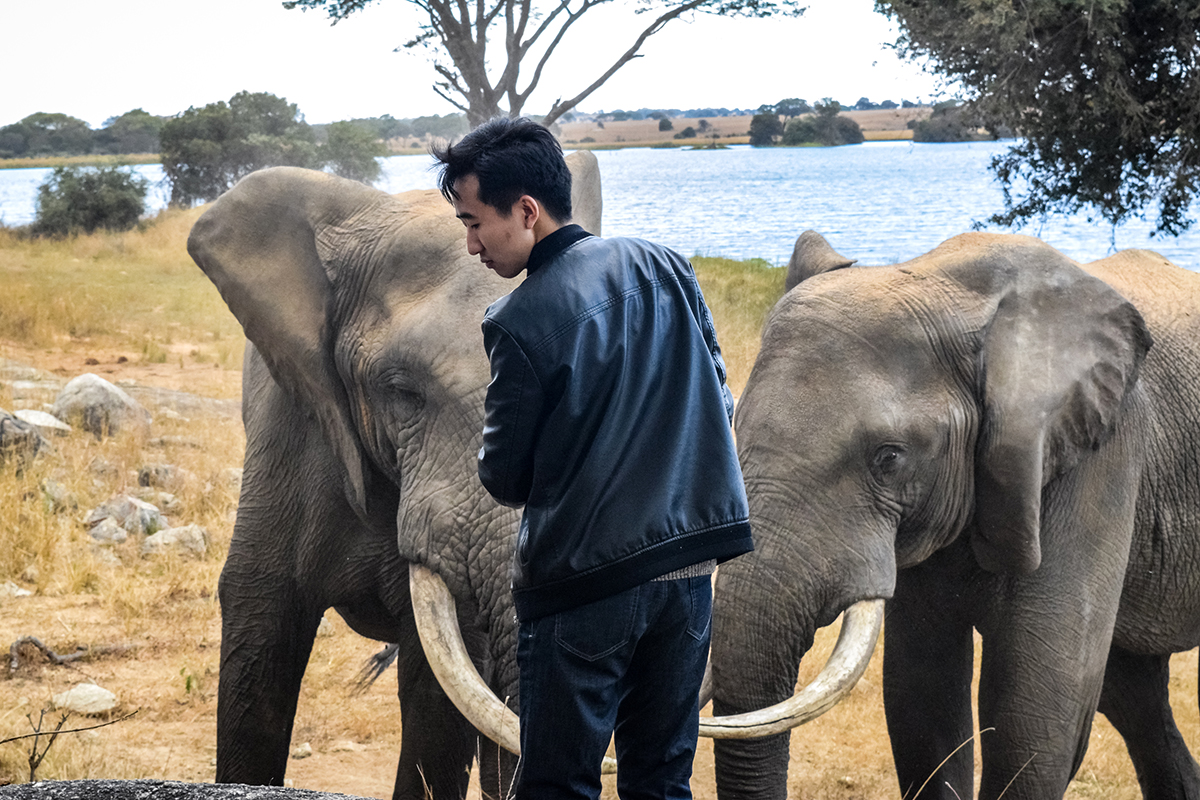 WEDZA, ZIMBABWE — Away from the buzzing noise of the city, wild warthogs and impalas roam in tall grass. Visitors climb into open safari vehicles, as drivers prepare for tours around the game park.

Imire Rhino and Wildlife Conservation is in the Mashonaland East province of Zimbabwe. Imire is a sanctuary for creatures both big and small. Elephants, rhinos, elands, warthogs, buffalo, nyalas, sables, waterbucks, impalas, blesboks, lions and hyenas are among the animals living within the grounds. Local and international visitors travel to the park for a glimpse of the animals.

The game park was originally a tobacco farm, where maize was also grown, and in 1972 it became a wildlife conservancy, a family-run business started by the late Norman Travers. 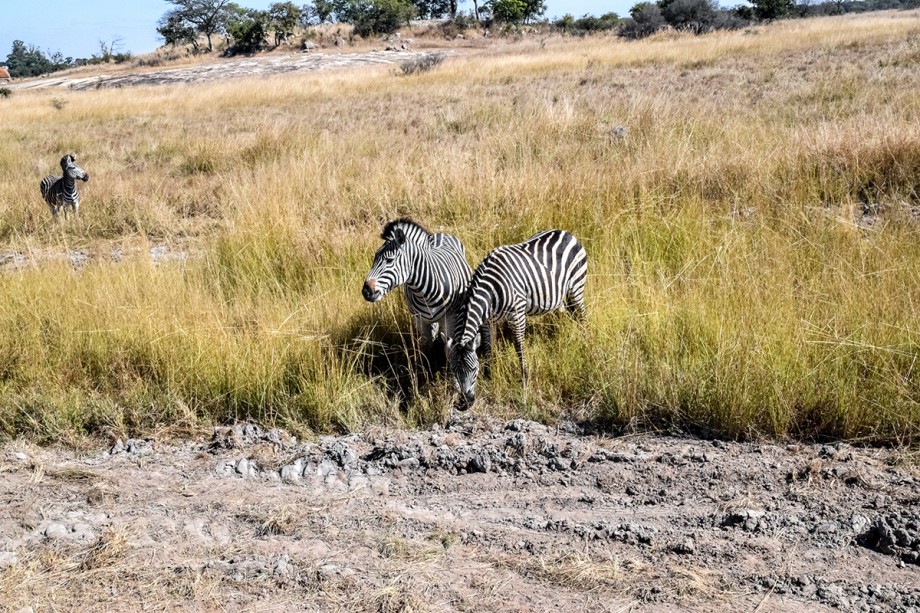 Zebras graze at the road’s edge in Imire.

Imire is still run by the Travers family.

Kate Travers, Norman Travers’s granddaughter, is now the manager of the lodge at Imire, Imire Lodge. She says her grandfather had a passion for wildlife and realized that modern farming practices decimated animal populations and would inevitably lead to their extinction; he was thus inspired to find a way for farming and wildlife to coexist.

Imire’s main project is the protection and breeding of rhinos. Since the mid-1990s, a number of black rhinos have been released into wildlife parks. Many of the animals were born and raised at Imire.

Travers says the rhino project started with orphaned animals that were bottle-fed. When they grew up, the breeding program began. 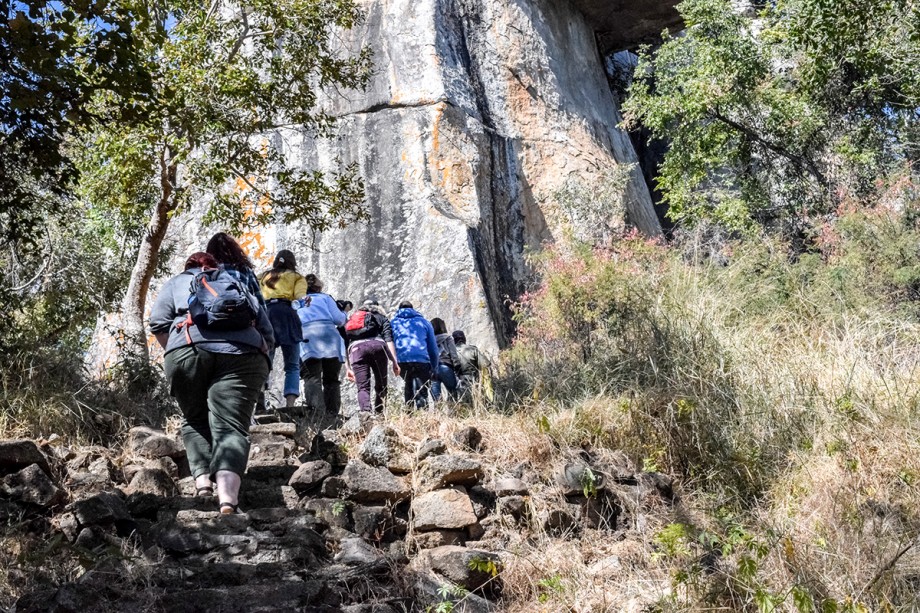 Visitors to Imire make the trek to a cave site, which is believed to have housed the Shona people some 300 years ago.

“In 2007, we had a poaching incident, where two of our breeding rhinos were shot, and it affected our breeding for a while,” she says.

She says Imire used to breed rhinos and release them into the wild, but stopped because of excessive poaching.

Thanks in part to Imire’s anti-poaching team, a group of game rangers has mobilized in the park grounds, and fewer large animals are poached. But smaller ones, such as warthogs and impalas, are still taken.

The rangers are familiar with the animals, because they interact with them daily, often calling them by names that the park has given.

For visitors to Imire, a number of activities highlight the park’s mission, including morning walks with rhinos and elephants, other nature walks, fishing and tracking white rhinos at night for a glimpse of the creatures in the dark. 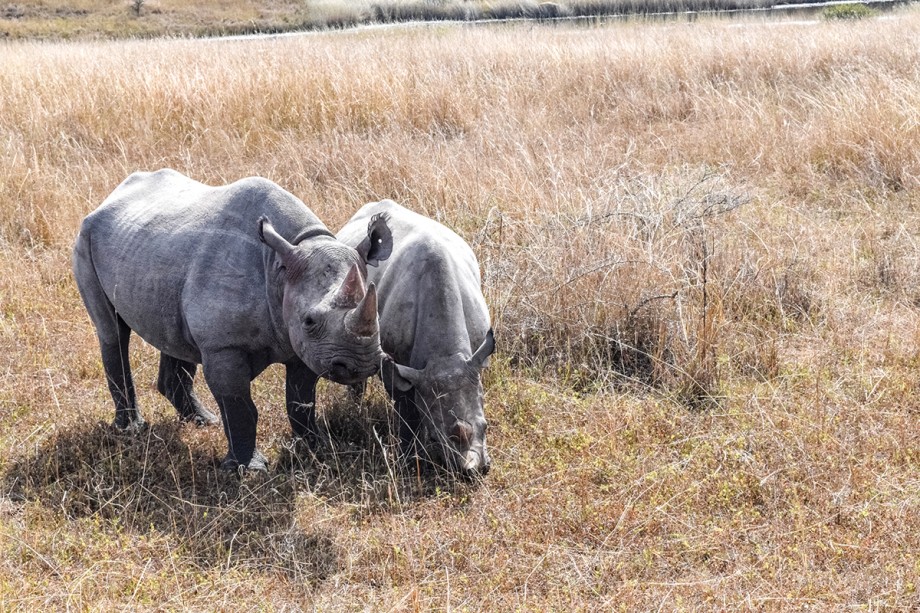 Rhinos are at the core of Imire’s conservation efforts. Following a number of poaching incidents, the Imire team launched a rhino protection and breeding program, and a group of rangers patrols the park grounds in an effort to protect the wildlife.

Beatrice Ngwaru, a local visitor who learned about Imire through Facebook and was visiting for the first time with her family, enjoyed seeing a variety of animals.

“I have been to other game parks, but the animals were not as close, and it’s beautiful seeing wild animals at close range,” says Stafford.

Aside from viewing wildlife, visitors are invited to explore a small cave within the park, which, according to tour guide Edmore Muchemwa, is believed to have housed the Shona people more than 300 years ago. Remnants of Shona pottery are still found within the cave site. After a human bone was dug up at the entrance of the cave in the 1980s, archaeologist Corona Thornycroft discovered that Shona people had lived inside, Muchemwa says. 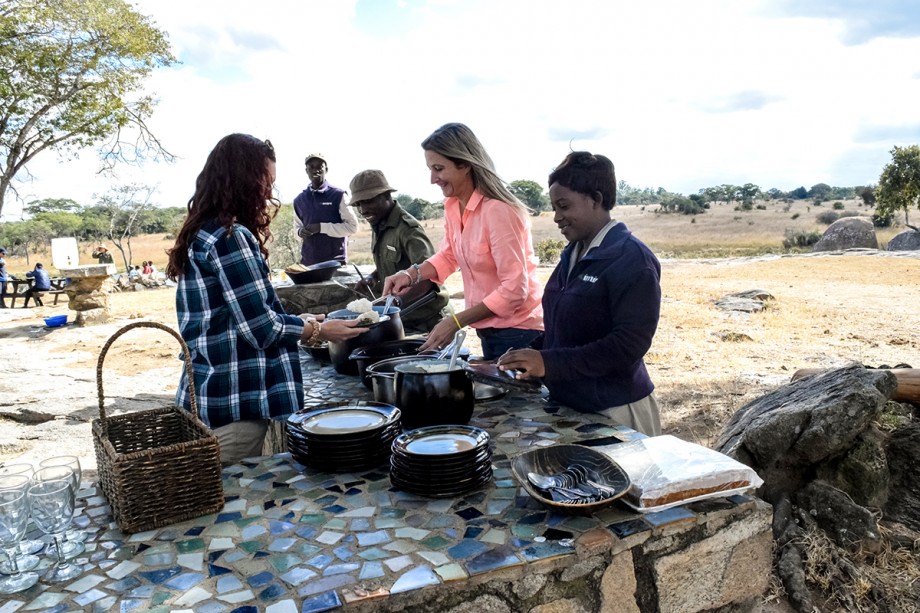 Imire tours include lunch within the game park, during which visitors take photos and keep an eye out for wildlife.

Although the park is still a popular destination, Travers says, it now books visitors by request, for logistical reasons.

“Two years ago, we would have full bookings every day, but now it’s up and down, and weekdays are not so busy,” she says.

Hilda Labrada Gore, a tourist from the U.S., was paying her first visit to Imire.

“The guide was knowledgeable and explained even the gestation period of some of the animals we saw, which we did not know,” says Labrada Gore, adding that people new to Zimbabwe should visit the park. 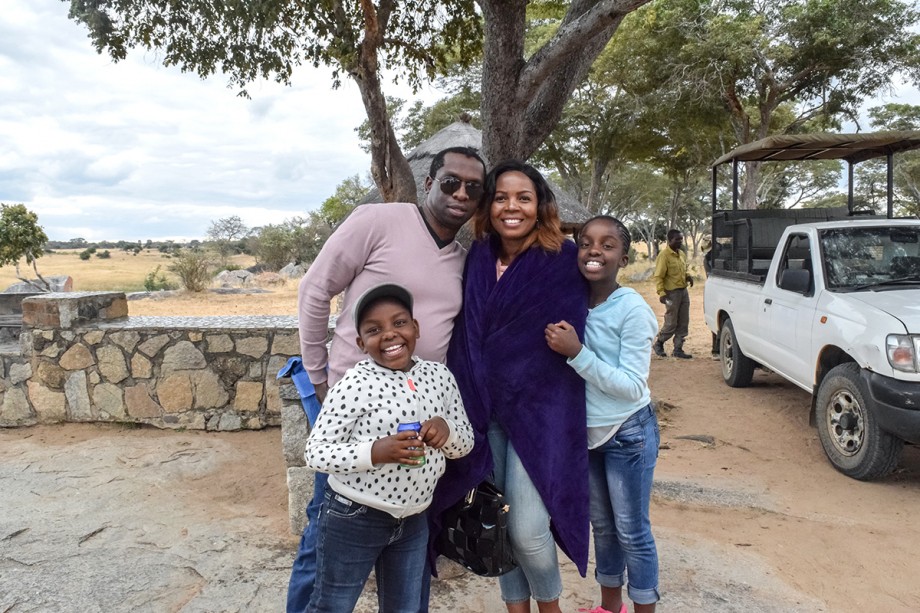 Beatrice Ngwaru, a local visitor, seen with her husband, Stanley, and their children, learned about Imire through Facebook.

“I brought my 4-year-old son and 2-year-old daughter here for the second time,” says Henon.

Travers says Imire has also acted as an educational site, inviting schools to bring students to explore the park and learn about the effects of animal poaching and about conservation efforts.

Travers says there will be an addition to the park – a new baby rhino.

“We are back on track with our breeding program,” says Travers. “We have fenced off an area in the farm, and we will be doing our own release program, and our baby rhinos will be released into our own farm until we find a place where we feel safe for them to go.” 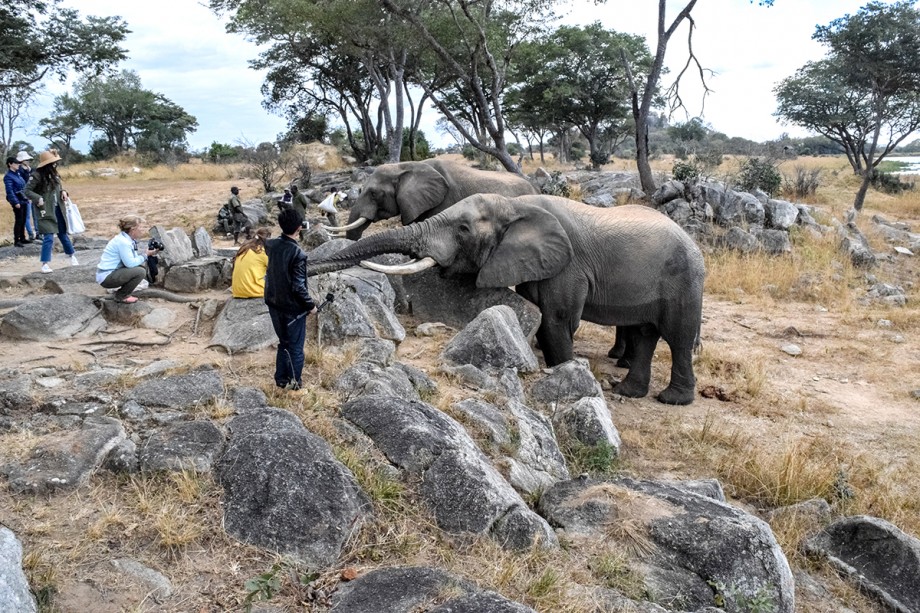 Tour guides welcome elephants into the lunch area, where they interact with visitors.