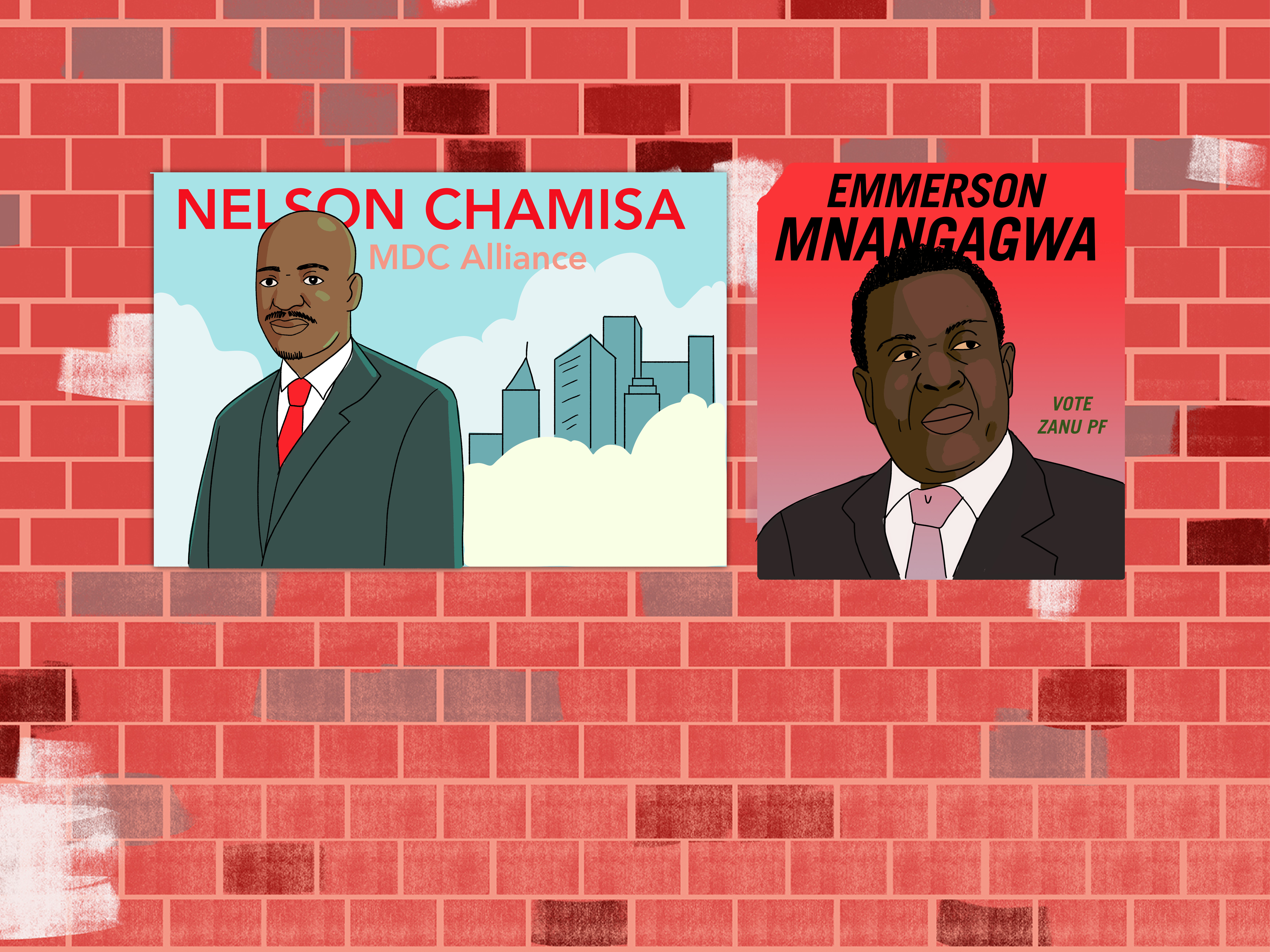 Violent protests have marked the last few days and it is unclear if Chamisa will challenge the results.

Mnangagwa had broad support from voters in Zimbabwe, despite critics’ accusations of human rights abuses and his place among those the U.S. sanctioned in February. Mnangagwa faced off against 22 other candidates in Monday’s elections. 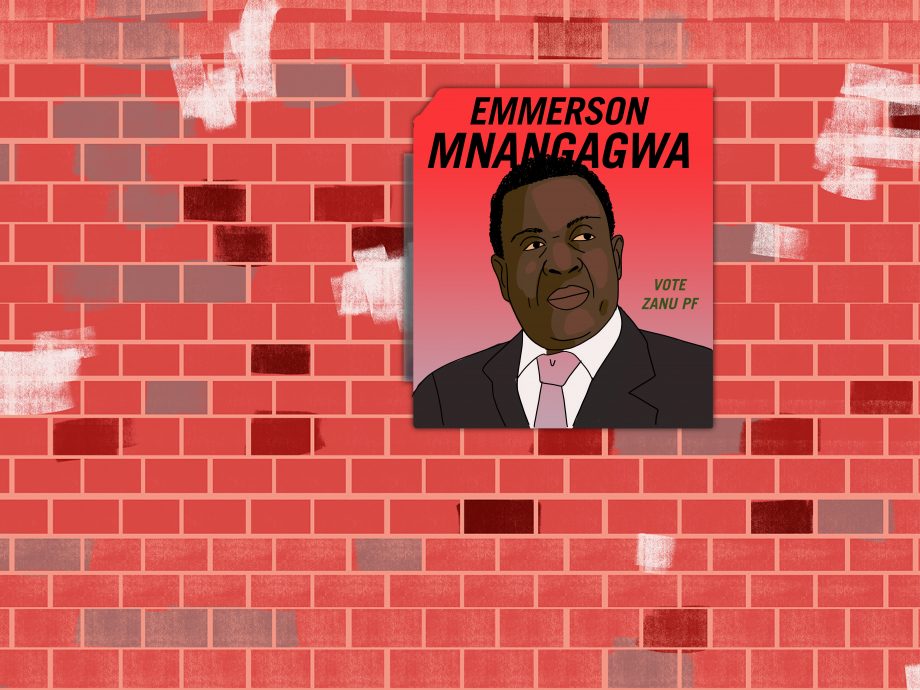 Despite the support that Mnangagwa enjoyed, it wasn’t clear even in the hours before the results of the election were announced whether his supporters were numerous enough for him to win the presidency.

In a country where the ruling party, the one now led by Mnangagwa, has for decades been accused of election tampering, Mnangagwa faced skepticism that he would rig the polls.

Even with Mnangagwa named the election’s winner, the stakes are high. Even a hint that there was impropriety at the polls could sour fledgling international investment interest in the country. On the other hand, a show of force by Mnangagwa could also remind Zimbabweans why their new leader has a chilling nickname: The Crocodile.

Election day was largely calm, but the days following were tense. Armed security forces cracked down hard on civilians. Multiple people died in the fray. The violence continued after the Zimbabwe Electoral Commission on Thursday announced Mnangagwa’s win.

"Be completely humble and gentle; be patient, bearing with one another in love.”Tweet from President Mnangagwa after violence claimed the lives multiple protestors

As a top deputy to decades-long president Robert Mugabe, Mnangagwa took part in a plethora of actions that many consider unsavory and in others that, if his critics are to be believed, were criminal. Zimbabwe’s leaders have for years been subject to sanctions by Western countries that accuse them of fomenting human-rights abuses and dissolving democratic processes, but the U.S. further sanctioned Mnangagwa and others in February. That was mere months after Mnangagwa engaged in a November military intervention to push Mugabe out of office, then went on a charm offensive to convince Zimbabweans to support him – a man many had long feared.

Mnangagwa knows he must change the public’s perception of him to garner legitimate support that isn’t tinged with fear, says Eldred Masunungure, director of the Mass Public Opinion Institute.

“He would like to portray and project himself as someone who is warm,” Masunungure says. “He describes himself as soft as wool, but not many would have agreed prior to November 2017.”

The Zimbabwe Africa National Union – Patriotic Front, the political party that Mnangagwa has affiliated with for decades and now leads, was often the tip of a brutal spear when Mugabe was in office. Zimbabweans who supported opposition candidates were beaten, while the candidates themselves often feared for their lives.

But now, Masunungure says, it’s difficult for ZANU-PF to deploy violence and intimidation because there are so many election observers in the country.

Masunungure expect that the election would be “free enough and fair enough,” although not totally void of duplicity. He notes that ZANU-PF uses state resources to fund its activities. But even an imperfect electoral process is an improvement, he adds.

“We know that our past is a dark past, so when there is some light, we celebrate, even when it’s not fully lit,” he says.

Mnangagwa vied for the presidency with 22 other candidates, though only a handful were considered serious contenders. Many analysts posited that Nelson Chamisa, a 40-year-old fresh face who represents Zimbabwe’s most influential opposition party, was the only other contender with a fighting chance.

Chamisa took to social media as the election results were being tallied to claim that he had won the popular vote.

“Victory is ours!” was his Twitter message on July 30, the day of the election.

By the next day, he used the same platform to suggest that voter manipulation had occurred.

Mnangagwa used his Twitter account to extend condolences to the families of the people who died during the violence. He quoted a verse from the Bible: “Be completely humble and gentle; be patient, bearing with one another in love.”

For some voters, a seasoned political veteran seemed a better bet than a newcomer. Mnangagwa is 75 years old, with independence-era credentials that still hold weight for many Zimbabweans. He was among those who physically fought against colonial rule in the 1970s.

“I think Mnangagwa will win the election because he has been in politics for a long time and he is mature compared to his opponents,” Shamiso Chinobvira, a first-time voter, told Global Press Journal in the weeks before the election.

Others considered a vote for Mnangagwa to be as good as a vote for Mugabe: Harare’s streets teemed with celebrants when Mugabe was pushed out, so, some argue, why elect someone cut from the same cloth?

“Mnangagwa has been part of ZANU-PF since its formation, and he, together with ZANU-PF, has steered this country into poverty. We thought he would arrest corrupt individuals, but he hasn’t done anything,” Michael Chiluwa, another voter, told GPJ.

Mnangagwa’s dichotomous past posed a quandary for voters that is similar to the one they faced with Mugabe, who was considered a hero of the independence movement, a man who fought the widespread racism resulting from decades of colonial rule.

“[Mnangagwa] is in that generation of founding fathers who liberated the country,” says Pedzisai Ruhanya, director of the Zimbabwe Democracy Institute. “He is a nationalist, and he is responsible, together with his colleagues, for the liberation of Zimbabwe collectively.”

But that’s not all he is, Ruhanya says.

“He is a covert character, a secret character,” he says. “So the Mnangagwa you see in public is not the real Mnangagwa.”