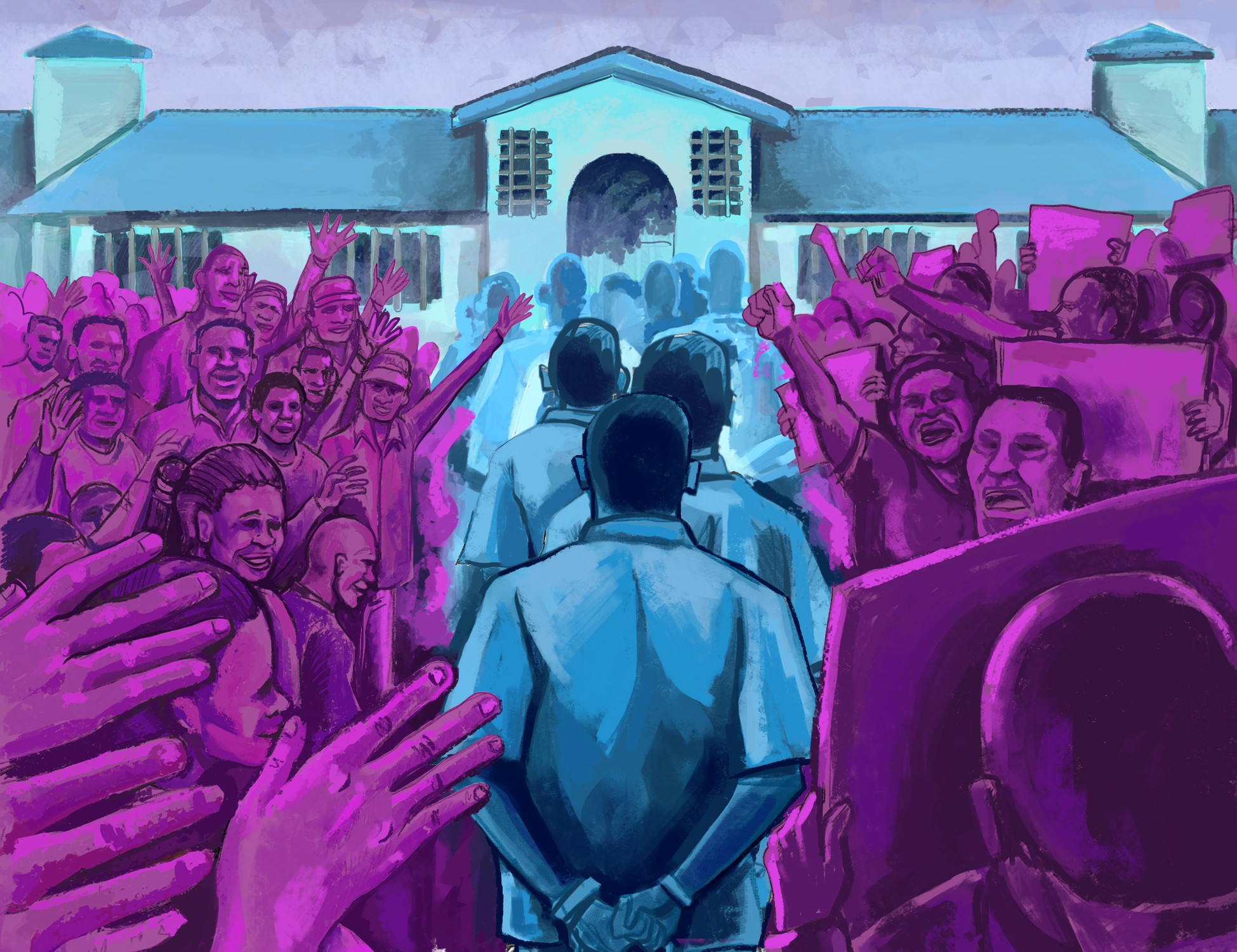 HARARE , ZIMBABWE – A dozen people stand outside the Harare Central Prison, waiting their turn to see their loved ones.

Cecelia Banda is one of them. She hopes to see her husband, Daniel Shingirai, who was arrested at the start of the year.

Banda’s turn finally comes after an hour of waiting. Hastily, she makes her way through the prison gates and is shown into a small cubicle where she can talk to her husband. Separated by sheets of steel and wire, they have to speak at the top of their voices to hear each other.

On January 23, Shingirai was arrested alongside his friend Shadrack Asani and charged with inciting and participating in public violence as part of major protests that swept the country that month. 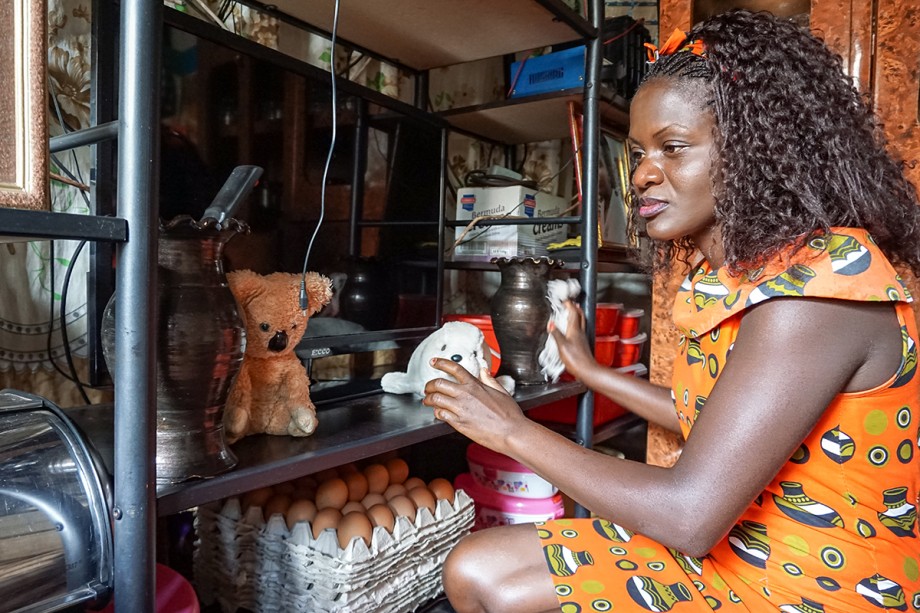 Cecelia Banda cleans up at home. Her husband, Daniel Shingirai, was imprisoned alongside Asani under the same charges.

Hundreds of Zimbabweans took to the streets to protest rising fuel prices and other economic problems. They were met by Zimbabwe’s security forces.

At least 12 people died during the protests and more than 600 people were arrested, according to a report by Amnesty International. The report also says that a total of 1,055 people were tried in court on charges related to the protests. These trials were fast-tracked to the point that many of the people arrested were not able to meet with a lawyer beforehand. Several trials occurred just 48 hours after the arrests.

Lawyers say some of the arrests made that day and the resulting convictions were unconstitutional.

Frustrated at their inability to properly represent arrestees, lawyers themselves took to the streets in their own protests on January 29.

At their trial, Shingirai and Asani were sentenced to 30 months in prison, with the possibility of release after 18 months.

Lizwe Jamela, a lawyer who works for Zimbabwe Lawyers for Human Rights and represents Shingirai and Asani, says due process was not followed for his clients. Their cases bear the marks of unconstitutional dragnet arrests, in which people are rounded up on the streets in advance of any investigation, he says.

At the trial, Shingirai says, the prosecutors presented evidence from a police offer, who claimed that an unnamed witness told him that Shingirai and Asani threw tires onto the road during the protest.

That witness was never identified and did not appear in court, Shingirai says.

The evidence itself was based on hearsay and should never have been admitted in court, Jamela says.

Virginia Mabiza, the permanent secretary at the Ministry of Justice, Legal and Parliamentary affairs, says the arrests and prosecutions that took place were lawful.

“Where there is an emergency and crimes are being committed, we don’t have to sit down, relax, breathe and take time and react after some months. This was a prompt reaction by the police against a mob that was causing damage to private property, to public property and to persons,” she says. “A lot of harm was done. That’s why the police had to react, not relax, and arrest immediately.”

Asani, who like Shingirai is in Harare Central Prison, says his imprisonment has had a dire effect on his family.

“I have two children who need my care and I also take care of my disabled cousin,” he says. “They have been left stranded because I’m in prison.” 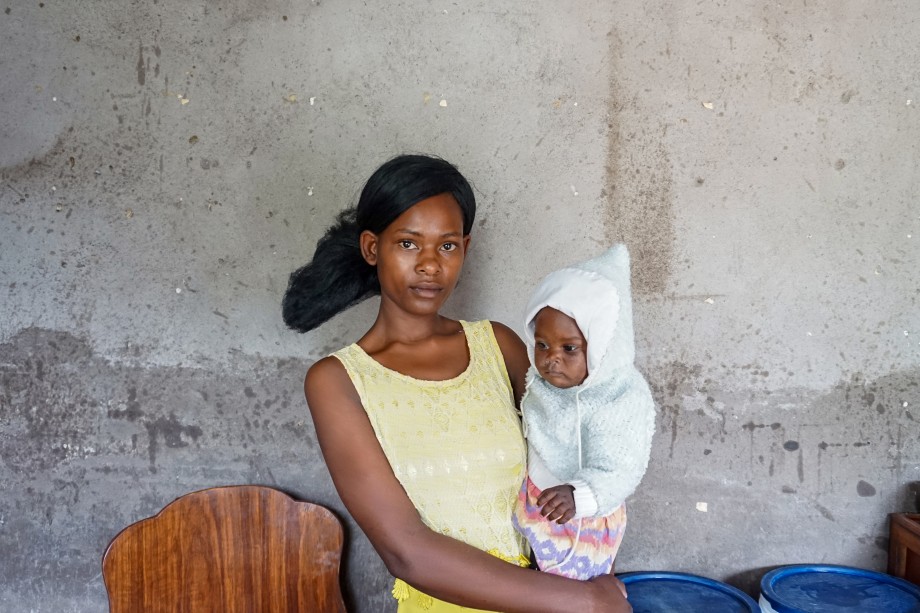 Belinda Nyamoto holds her baby, Wendy. Her husband, Shadrack Asani, has been in prison since January this year, accused of causing damage during protests over fuel hikes. He says it has been difficult for his family to cope without him.

“There is no food in this prison,” he says. “We are living in a squalid conditions. We are 53 in a very small cell which contains one toilet.”

A spokesperson for Zimbabwe Prisons and Correctional Service said in a statement to GPJ that cells aren’t overcrowded. But a report from that same department notes that the country’s prisons are more than 2,000 inmates over capacity.

Meanwhile, Jamela says, people who require legal assistance related to the protests continue to ask for his organization’s help.

Shingirai says he wants to see justice done at a new trial.

“What we want is to get bail,” he says “It would be better if we could go back to court and be tried from outside.”