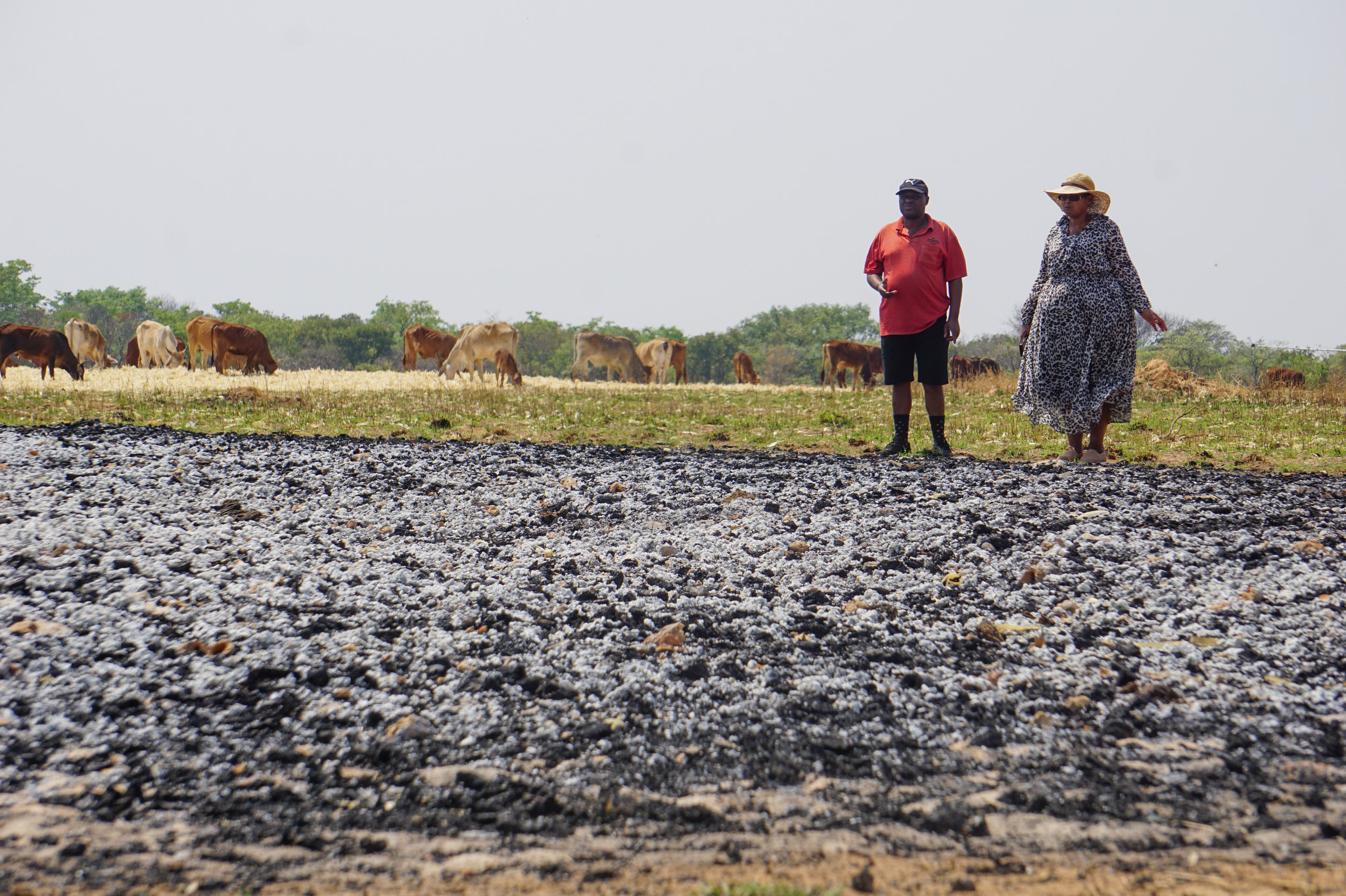 CHEGUTU, ZIMBABWE — Simplisio and Spiwe Mudanda stand solemnly beside what should have been 400 tons of maize, but is now charred ground at their farm in Chegutu.

Spiwe says her heart “broke into pieces” when she heard the news over the phone, while visiting her sister in Harare, a 90-minute drive away. Simplisio says he could not leave their house for two days, unable to face the damage that sets them back at least two years.

In the past decade, all of their neighbors — the Sakalas, the Murombedzis and the Madupisas — have lost crops and homes to veld fires, the regional term for wildfires that break out from July to October. During the 2021 season, the country experienced a 225% increase in veld fires compared to the previous year, burning through an estimated 130,000 hectares (over 320,000 acres) in rural Mashonaland East province alone.

“We have an 8- to 10-meter-wide fireguard; I don’t understand how a fire flew over that boundary,” Simplisio Mudanda says, explaining his certainty that the fire that destroyed his crops was caused deliberately.

Zimbabwe is one of the highest-risk countries in sub-Saharan Africa when it comes to veld fires. The 2021 season was worse than usual due to ample rainfall in the previous two years that led to more flammable overgrowth, says Amkela Sidange, spokesperson for the Environmental Management Agency.

She estimates that up to one-third of veld fires are caused by arson, but investigations rarely result in arrests.

“Most community members are not willing to talk during investigations, even though they would know the origins of the fire,” she says.

From 2000 to 2010 under former President Robert Mugabe, Zimbabwe redistributed more than 7 million hectares (over 17 million acres) previously owned by white farmers to tens of thousands of black families. This controversial Fast Track Land Reform Program erupted in violence and, a generation later, conflicts persist regarding plot boundaries, property rights, agricultural production and land management, as well as the government’s responsibility for the consequences. 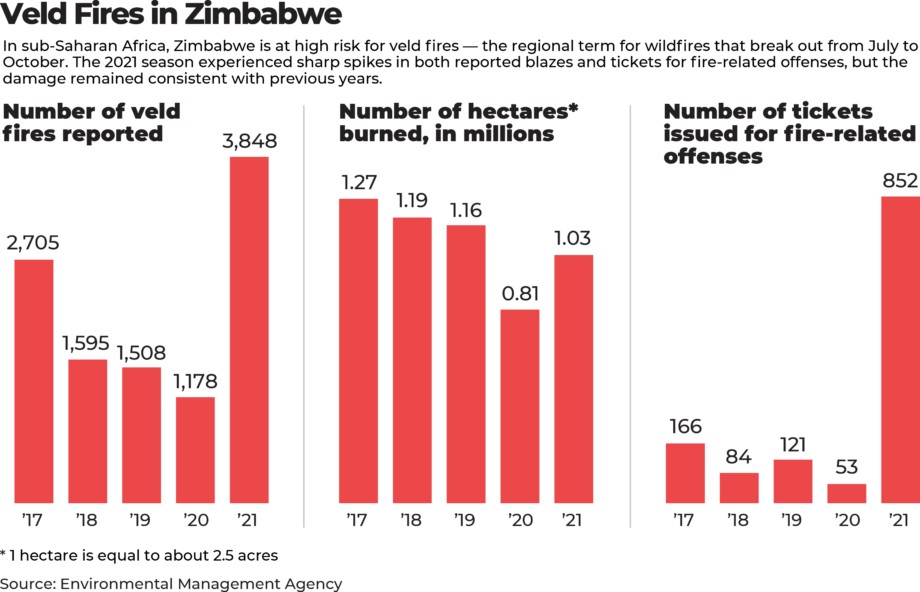 Many A2 farmers, a classification of black commercial farmers deemed as having the skills and resources to farm profitably, were granted 99-year leases to cultivate their land. Yet they remain plagued by insecurity due to frequent disagreements with the nearby A1 farmers, those who were historically landless and allocated smaller plots for growing crops and raising animals — and, Simplisio Mudanda believes, are disproportionately behind last year’s spike in fires.

“Conflicts are common between A1 and A2 farmers,” Mudanda says. “They cut our fences, and their cattle graze in our lands.”

John Madupisa, a local A1 farmer, agrees that the region has experienced too many fires, especially in September. But he says most are caused by preventable accidents, not arson.

“This land reform process was not done well,” he says. “Most people who got these farms are not good farmers and should have been trained.” 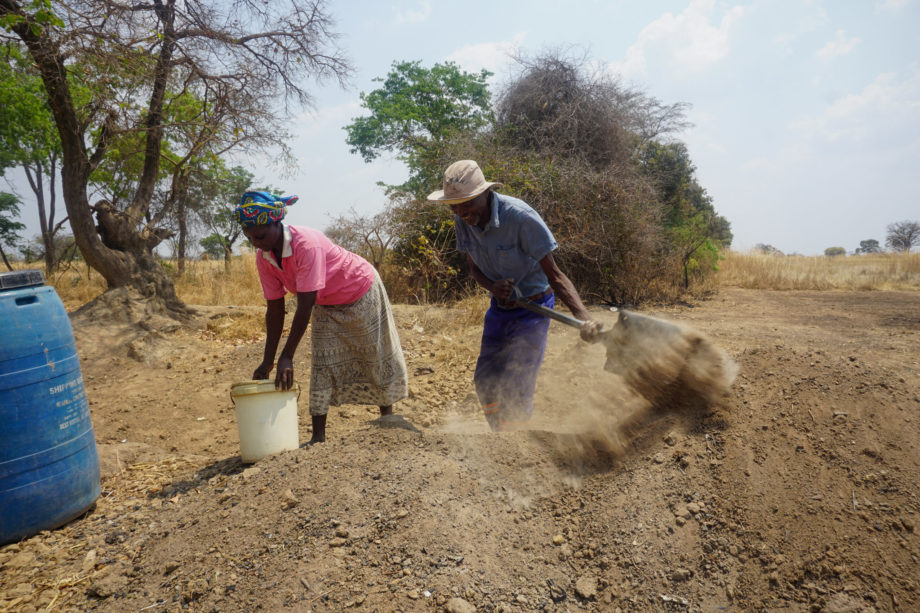 John Madupisa and his wife, Belina Wota, work together on their farm in Chegutu. Madupisa blames inexperienced or careless farmers for causing most veld fires.

The Environmental Management Agency has begun sending experts to different provinces to teach residents about fire safety. The agency is also imposing stiffer penalties on farmers without the required fireguard, a 9-meter belt of cleared land around their property. As of September 2021, farmers without fireguards were issued fines of 30,000 to 50,000 Zimbabwean dollars (between $224 and $373). Authorities issued more than 800 tickets for fire-related violations — more than the previous five years combined.

Officials largely blame the environment. “When it’s too hot and dry, fires are easy to start and end up destroying plants and even homesteads,” says Tatenda Mutasa, a climate change scientist with the Ministry of Environment, Climate, Tourism and Hospitality.

But Prince Kuipa, chief economist at the Zimbabwe Farmers Union, argues that without clearly defined boundaries, people are less motivated to spend the time and money to protect their farms. “Poor security guarantees on tenure also make it difficult for farmers to invest well in the farms, fearing the possibility of losing those farms,” he says.

Even at one of the area’s largest agricultural properties, a 90-acre commercial farm growing wheat and tobacco, the strongest possible fireguards have failed to prevent damage.

“We have 20-meter-wide fireguards, but hunters can burn in between them,” says Waison Difireya, who has managed the farm for 11 years. 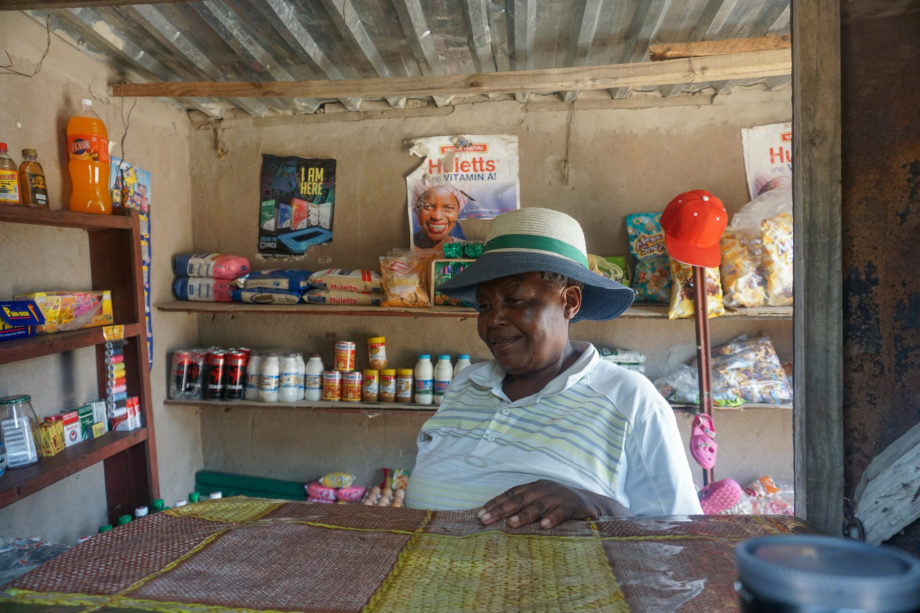 Eight years since her house and property were destroyed by a veld fire, Tanyanyiwa Purazi earns money by selling snacks and basic home goods at her small shop in Chegutu.

Sidange, the environmental agency spokesperson, estimates that visiting hunters are responsible for no more than 5% of veld fires. But she says they get disproportionately blamed by residents who don’t want to escalate existing conflicts — or who are determined to believe the best of their neighbors.

Tanyanyiwa Purazi says her house burned down about eight years ago in a veld fire caused by newcomers attempting to clear their own land for farming. Her family has since rebuilt their home, which she shares with her husband and grandchildren.

“I don’t believe anyone would start a fire to destroy another’s property purposefully,” she says. 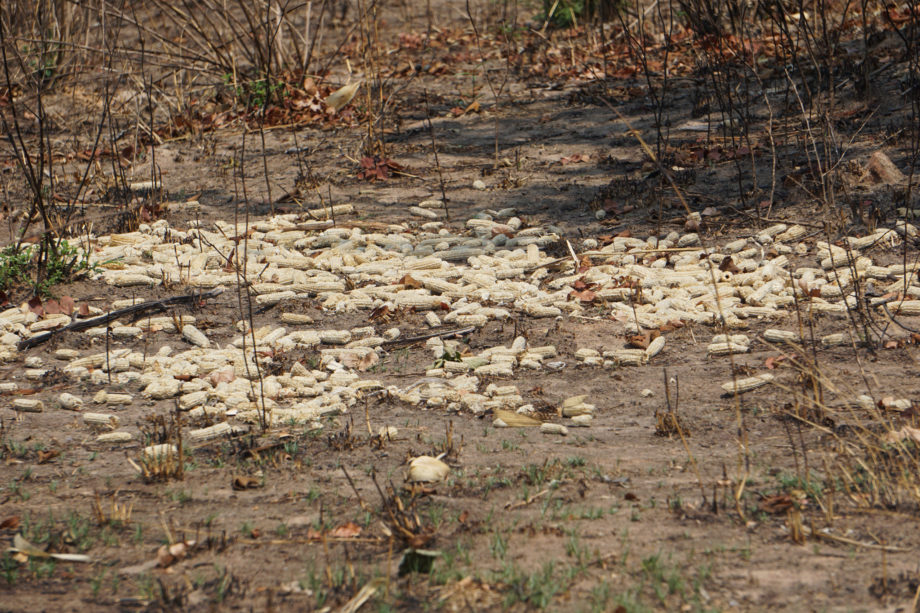 The Mudanda family wonders if thieves started the veld fire that destroyed most of their maize crop, citing the discarded cobs scattered nearby.

But Mudanda demands to know who caused the fire that destroyed his crop. Perhaps it was someone related to the man they caught stealing maize from their farm a week earlier? Or one of the disgruntled employees eventually fired for having “slept on the job?”

Without answers, all the family can do is invest in more fire prevention measures — and keep an even closer watch on the property when the fire season begins again in July.

Vimbai Chinembiri is a Global Press Journal reporter based in Harare, Zimbabwe.