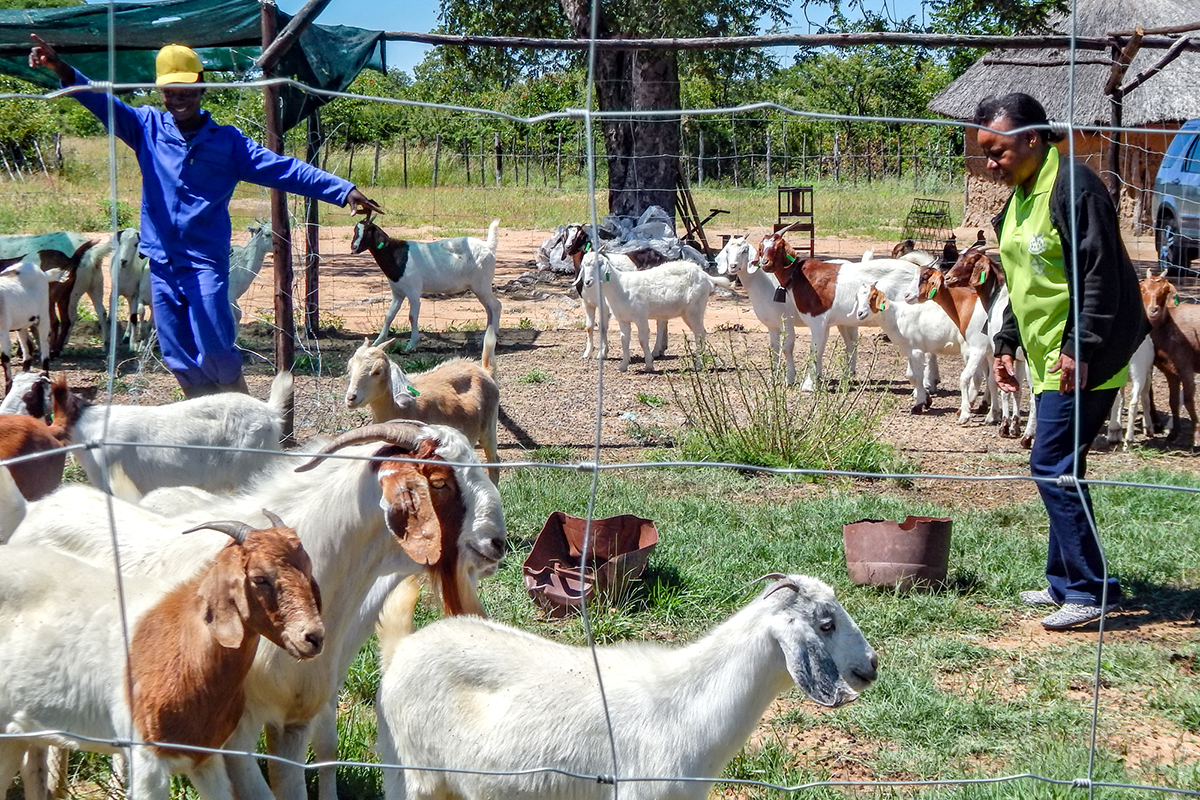 BULAWAYO, ZIMBABWE — “Goats give birth twice in a year, and it’s usually twins or triplets,” says Naomi Mthimkhulu, as she points to a pen on her 70-acre farm in West Acre, about 37 kilometers (23 miles) outside of Bulawayo, Zimbabwe’s second-largest city. Goat farming, one of Mthimkhulu’s small businesses, keeps her busy, but she says the job is worth her time.

Mthimkhulu started rearing goats with Besta Ncube, a friend, in October of last year. Sterna Goat Breeders is what they call their small business. The pair has 50 goats but hopes to increase the number to 500 by 2019 and to begin exporting the meat to Uganda, Angola and other countries.

The 55-year-old businesswoman says their goal seems to be within reach, because goats are easier to raise than other types of livestock. The money she earns from her other businesses will also help, she says. But the pair’s greatest challenge is a lack of government support.

Across the Matabeleland region in western Zimbabwe, more and more small-scale farmers are rearing goats, though cattle farming has historically been common. The number of women venturing into the lucrative business is also rising, experts say. But some women farmers say a lack of government financing and training deters their business growth.

Zimbabwe’s economy is driven by agriculture, a sector that provides employment to 70 percent of the population, according to the Ministry of Foreign Affairs and International Trade. But the livestock sector only contributes 19 percent to the country’s agricultural gross domestic product, according to the European Union, compared with an average of 45 percent among wealthier economies. 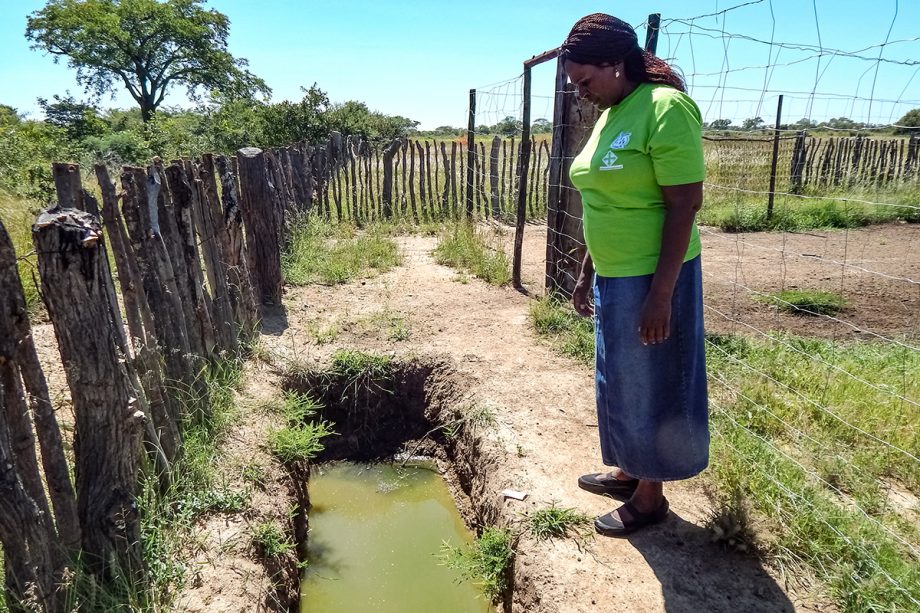 Besta Ncube stands over a dip tank on the Sterna Goat Breeders’ farm in West Acre. Goats are regularly dipped in the tank to prevent them from catching diseases.

Annual beef production has declined since the ’90s. Rural farmers own 90 percent of the national cattle herd, but many of them consider livestock a symbol of wealth and status in their communities, rather than working capital, experts say. For those who raise cattle for an income, lack of nutritious feed and extended dry seasons are among the reasons this type of farming is becoming challenging and expensive.

Some see goat farming as an alternative. Global import demand for goat meat grew by 140 percent between 2007 and 2014, according to Trade Map, an international trade statistics database. Locally, the demand is also high.

In 2014, the Goat Breeders Association of Zimbabwe put the number of goats in the country at 3.1 million. A 2017 report from the Zimbabwe Vulnerability Assessment Committee reveals that 46 percent of households owned goats, an increase from the previous year’s 38 percent. Among those selling their goats, the largest proportion of income went to purchases of food and education expenses.

Male farmers in Zimbabwe tend to own cattle and other livestock that are considered highly valuable here. Ownership of smaller livestock, such as pigs and poultry, is more common among women, according to the Food and Agriculture Organization, a U.N. body dedicated to ending global hunger.

In Zimbabwe, 32 percent of male farmers own goats, compared to 27 percent of women. But in Bulawayo, goat ownership among women is growing, says Anglestone Sibanda, who trains goat breeders.

“More women are now interested in goat farming,” says Sibanda, who hosts training sessions twice a month, charging $25 per attendee. “We see this from the increasing numbers at our training sessions.”

A 2017 report from the Zimbabwe Vulnerability Assessment Committee reveals that 46 percent of households owned goats, an increase from the previous year’s 38 percent.

Goats are cheaper to raise than cattle, Mthimkhulu says. In 2017, the national average price for a goat was $30. When they started the farm, Mthimkhulu and Ncube bought 50 goats at $40 per goat, a price many farmers can afford, Mthimkhulu says. Cattle cost a lot more; one cow is sold for $500 or higher, depending on its weight, she adds.

“A beast gives birth once a year and only produces one calf,” Mthimkhulu says, comparing cattle to goats, which give birth to more than one kid.

Despite faster returns, there are challenges. In Ncube’s community, goat breeders sell the meat at higher prices than those for beef and other types of meat. But many people prefer to buy cheaper meat, she says. Occasionally, customers go for goat meat, which is considered a delicacy, she adds.

“Goat meat is going for between $5.50 and $7 per kilogram (2.2 pounds), which is more expensive than beef and chicken, which go for about $4 per kilogram and $3.50 per kilogram, respectively,” Ncube says.

After covering primary expenses, including household costs, some goat farmers tend to have little money left over to increase their goat herds, because this type of farming is usually self-funded, Ncube says.

Though profitable, rearing small livestock such as chickens, sheep and goats can be difficult without government financing and training to help farmers commercialize their businesses, says Winston Babbage, chairman of the Commercial Farmers Union of Zimbabwe’s Matabeleland North office. Cattle farmers get more funding and more opportunities from local and international organizations to participate in training initiatives.

The government also prioritizes beef production for export and domestic markets, Babbage says. In 2017, government set a goal in its budget to boost the national herd of cattle from 5.5 million to 5.8 million.

Support from the government and from local organizations should start to reflect shifts in livestock-farming practices, Babbage says.