Skip to main content
The story you are reading was published on Friday August 11, 2017. To read more recent stories click here. 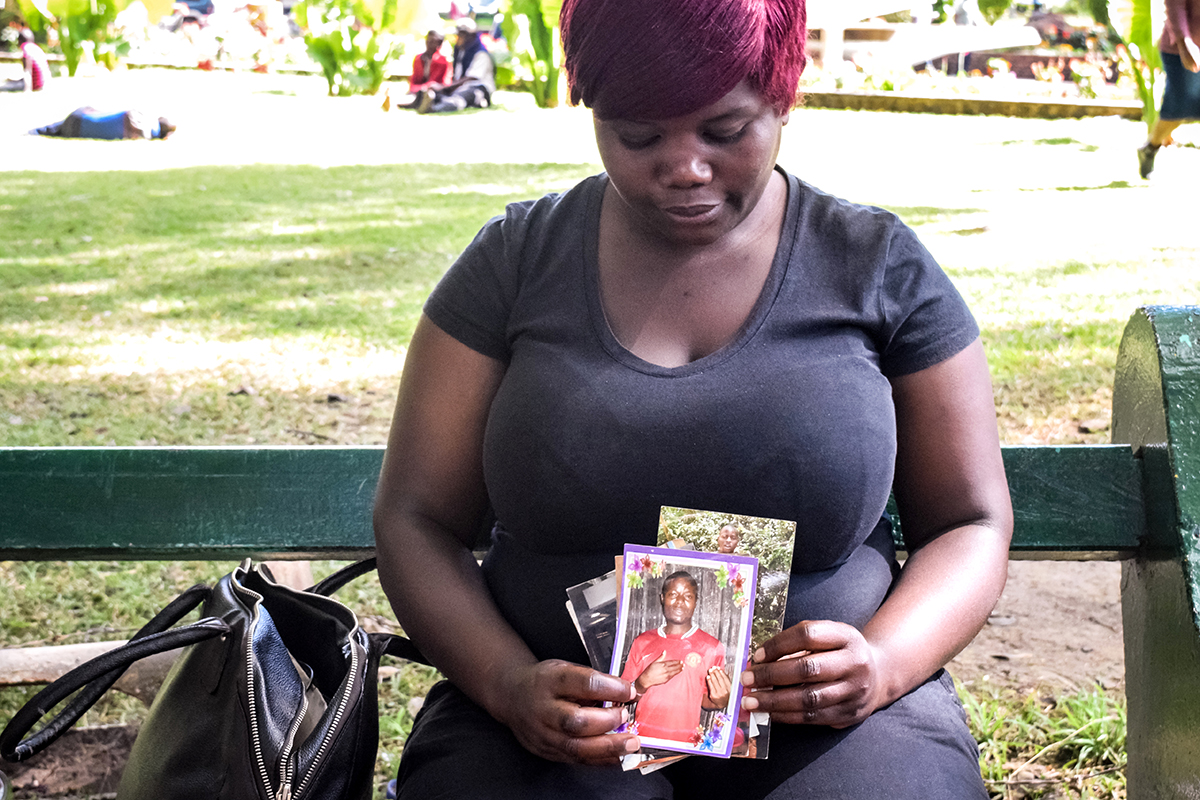 HARARE, ZIMBABWE — Renny Kudakwashe Mukwavaya was 29 when her husband died.

Mukwavaya says she is still heartbroken, both because she never had the chance to say goodbye and because of what happened next.

Authorities suspect that her husband committed suicide, but she says her in-laws accused her of killing him.

Now 33, Mukwavaya says her husband went missing in January 2014. He was found dead in a water well three days later.

“After discovering that he was dead, his relatives began to accuse me of killing him, saying I had done it to take ownership of the house,” she says.

The accusations worsened her grief.

“I was in so much pain, asking why he had to commit suicide,” she says. “But there was no one to give me the answers.”

Mukwavaya had to leave the funeral before her husband was buried. But because of the increasing tension between her and her in-laws, she left even earlier than is customary, before completing the traditional rituals meant to set her free from her husband’s spirit. This left her without closure, she says.

This common ritual, meant to be done during the funeral, was later performed at her parents’ home with the help of a traditional healer. She says the ritual is supposed to ensure that the spirit of her late husband doesn’t follow her.

“I was instructed to take the water I had bathed with and my undergarment and go to throw them into a river,” she says. “I was told that this was a process of separating myself from him to ensure that his spirit does not torment me.”

Mukwavaya says the support of her family helped to make her strong.

“I feel I am stronger than before and I can face anything because I managed to survive the moment that I thought would break me,” she says. 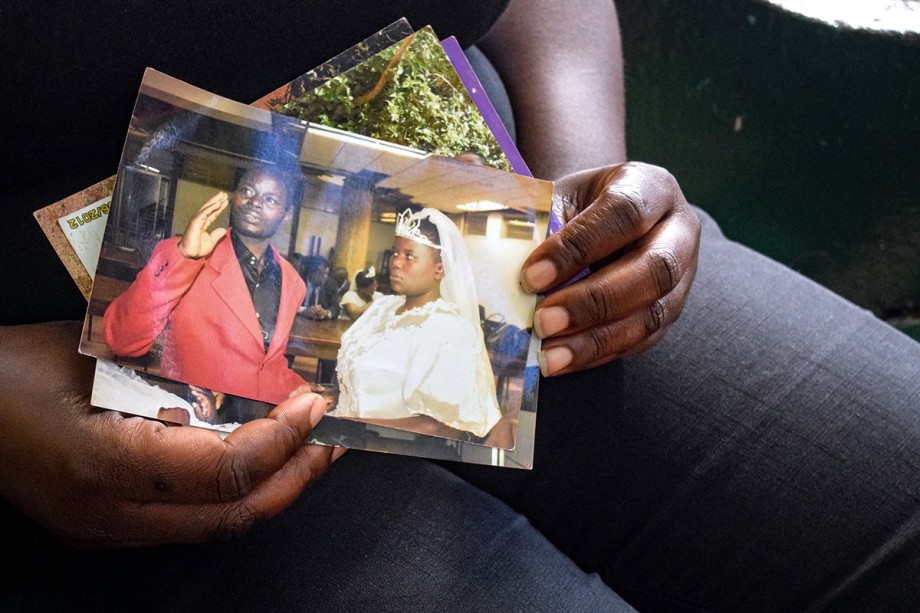 Authorities suspect that Renny Kudakwashe Mukwavaya’s husband committed suicide. Mukwavaya says she is still heartbroken over his loss, but her family’s support and traditional Shona grieving rituals have helped her deal with the loss.

Losing a spouse is a painful experience for widows across Zimbabwe. Tribes living within Zimbabwe often share a local culture rich with rituals and extended family support meant to help the widow deal with the loss. Widows say the open culture of discussing grief in churches and with neighbors is also important to the healing process. Local health authorities are also experimenting with new programs that offer grief counseling in public spaces.

In the Shona culture, the largest indigenous group in Zimbabwe, spouses are expected to give an account of what caused the death. A 2016 report in the International Journal of Humanities, Social Sciences and Education described the Zimbabwean grieving process, including the fact that the bereaved spouse is excluded from funeral planning. Post-funeral rituals performed by traditional healers are common, and while there is wide discussion here about widows’ rights and land grabbing after the death of a husband, there is less understanding about the grief support systems in Zimbabwean culture.

Siphathiso Mpofu, 46, lost her husband in February 2016 after a battle with liver cancer. She says there were many community support systems available for her.

“I got comfort from the church through counselling from pastors. They would visit me at home and we would pray together,” she says. “Family members would come at regular intervals.”

As is common, the community took steps to ensure the grieving widow wasn’t alone.

Crying is actually very good, but in our culture people say the grieving should not cry because it will lead others to cry. But l encourage people to cry to actually deal with grief.Dr. Sekai Martha Nhiwatiwa, a psychiatrist based in Harare

“One of my neighbors gave me his daughter to stay with for about a month after my husband died, so that l would not be lonely,” Mpofu says.

Like Mukwavaya, Mpofu took precautions to ensure her husband’s spirit was properly handled. Per her local custom, she too stayed away from the grave site during burial.

“l was told not to go at the grave when he was being buried,” she recalls. “l was sitting at a distance from the grave, because it is believed that if l see his grave when he is buried his spirit would continue to come back into my life.”

Prince Sibanda, a traditional healer, says culturally, there are rituals that must be done to separate the living spouse from the spirit of their deceased partner.

Sibanda says the widow should throw her undergarment in the grave of her husband, a practice to ensure that the spirit of her husband will not continue to be with her. There are other requirements too.

“One has to wait for a period of one year before they engage in any sexual relationship with someone else, and they can only do so after cleansing ceremony,” he says.

After a year, there is a cleansing ceremony, where women are “required to jump a knobkerrie,” a short stick with a rounded top, “to show that she has not engaged in any sexual relationship during that period,” he says. “If she fails to jump, it will show that she would have done so.”

A majority of Zimbabweans rely on traditional healers because of an overwhelming shortage of doctors and trained mental health professionals in the country.

Dr. Dixon Chibanda, a psychiatrist at a local hospital, says Zimbabweans grieve with the support of their extended families and communities who offer prayers and practical advice. 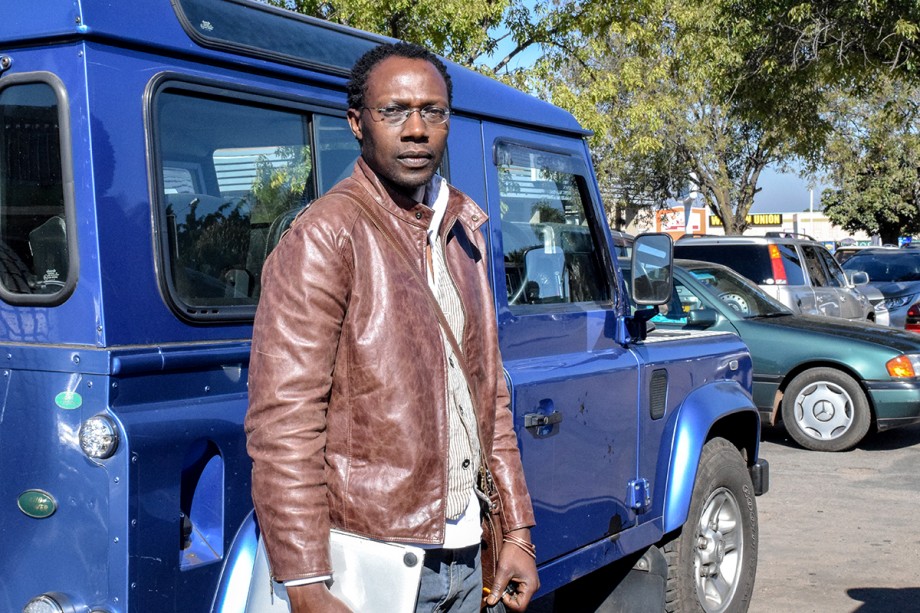 Dr. Dixon Chibanda created the Friendship Bench project to provide counseling from trained lay health workers employed by the city’s health authorities to people in Harare who have lost loved ones. The project is one of several groups in the capital city experimenting with new ways to offer grief counseling.

Chibanda says there are innovative support systems in Harare, Zimbabwe’s capital, like the Friendship Bench, an organization he created to help people, including those who have lost loved ones, fight depression.

When a grieving person visits the Friendship Bench they receive counseling from trained lay health workers who are employed by the city’s health authorities, Chibanda says.

“In 2016, more than 30,000 people came to the Friendship Bench to seek services, and about 20 percent of these people had lost their loved ones,” he says.

Dr. Sekai Martha Nhiwatiwa, a psychiatrist based in Harare, says that while local culture is rich with traditions and support systems for the bereaved, some local customs are challenging during the grieving process.

“Crying is actually very good, but in our culture people say the grieving should not cry because it will lead others to cry,” she says. “But l encourage people to cry to actually deal with grief.”

While grieving husbands in particular are encouraged not to cry, she notes that the grieving process can be exacerbated for women, like Mukwavaya, who are often accused of killing their husbands and who struggle with land rights disputes after the funeral.

“When women are accused of causing the death of their spouse it may cause abnormal grief,” Nhiwatiwa says.

Gamuchirai Masiyiwa and Linda Mujuru, GPJ, translated some interviews from Shona to English.