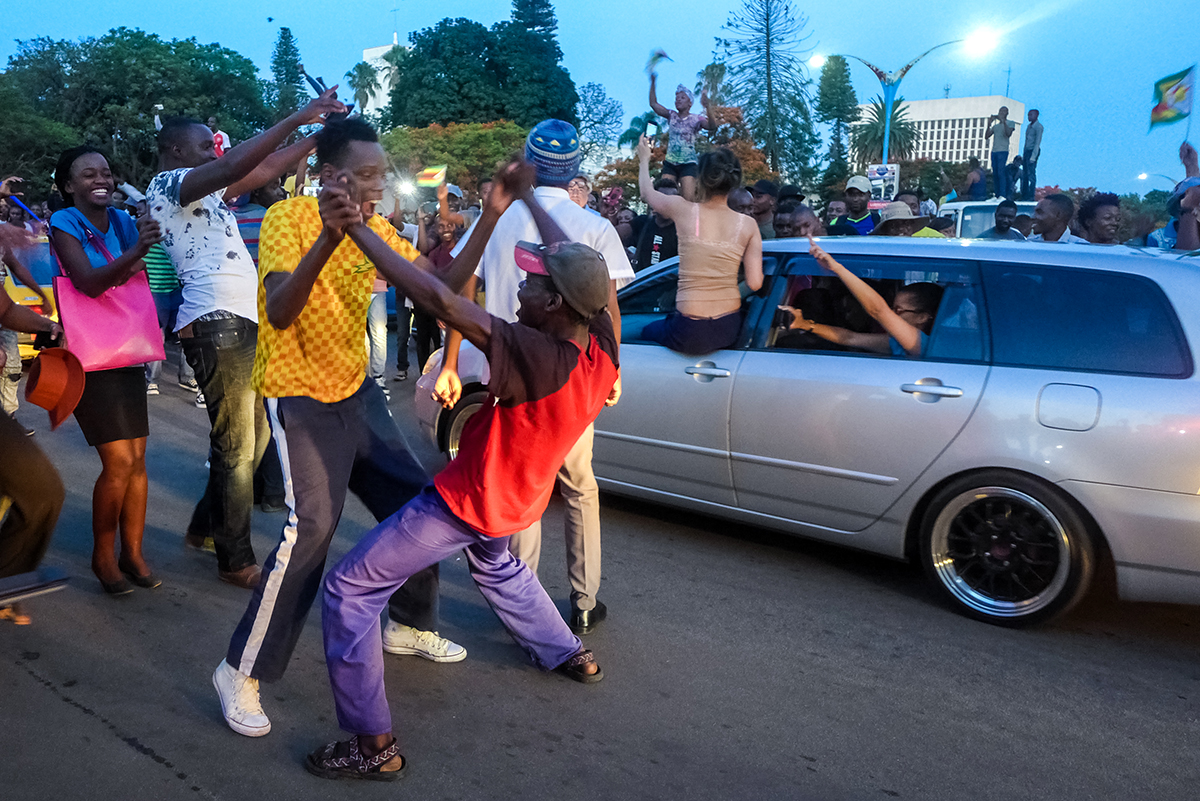 HARARE, ZIMBABWE — After 37 years of controversial rule, Robert Mugabe resigned as president of Zimbabwe on Nov. 21, after a historic week of both political uncertainty and hope for the Zimbabwean people.

Mugabe, 93, is the only leader Zimbabwe has known since the country gained independence in 1980. Once considered a hero of his country’s independence movement, he became an all-powerful ruler who urged his supporters to use violence to implement his policies. Zimbabwe’s economy disintegrated under Mugabe’s rule, and the nation has suffered under strict global sanctions for decades.

Mugabe was placed under house arrest by Zimbabwe’s military after a Nov. 14 takeover. As military vehicles rolled through the capital city of Harare, military leaders announced on state television that their actions weren’t a coup, but a move intended to rid Mugabe’s inner circle of corruption.

Mugabe was good for us but he forgot us for some time.Addwell Chawatama, 65

Days later, Mugabe’s ZANU-PF political party fired him as party leader on Nov. 19. That day, thousands of people marched peacefully in Harare to celebrate Mugabe’s dismissal. The party gave him a deadline of midday on Nov. 20 to resign as president, which he did not do.

Zimbabwe’s parliament began the impeachment process on Nov. 21, during which they received and read a letter of resignation from Mugabe. Celebrations erupted in the capital and throughout the country.

Recently fired Vice President Emmerson Mnangagwa will be sworn in as president in the coming days, and he is expected to serve the remainder of Mugabe’s last term. General elections are tentatively scheduled for late 2018.

Throughout the country, citizens celebrated the news of Mugabe’s departure, made predictions for the future and expressed empathy and well wishes for the longtime leader, who was for many the only president they had ever known. 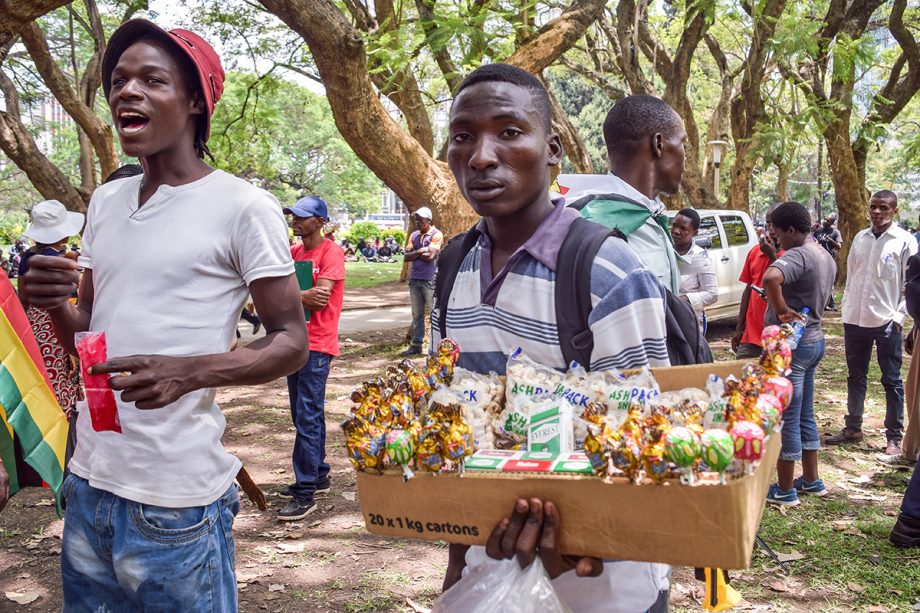 “I want him to go and rest because we are now looking for a life beyond his rule,” says Joseph Mutetwa, 24, who sold candy and other products in Harare as news of Mugabe’s resignation broke.

Despite his widespread unpopularity, some citizens remain loyal to Mugabe and blame those surrounding him, including his controversial wife, Grace Mugabe, for the dramatic decline of the country’s economy. 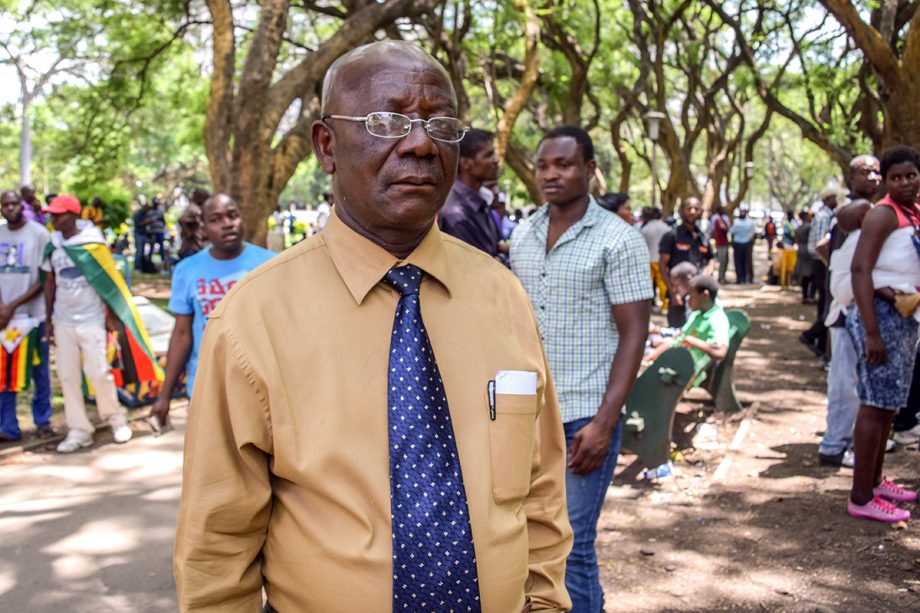 “Mugabe was good for us but he forgot us for some time,” says Addwell Chawatama, 65, a war veteran. “The people surrounding him were dangerous because they were giving him wrong advice.

“Even the next president should know our grievances.” 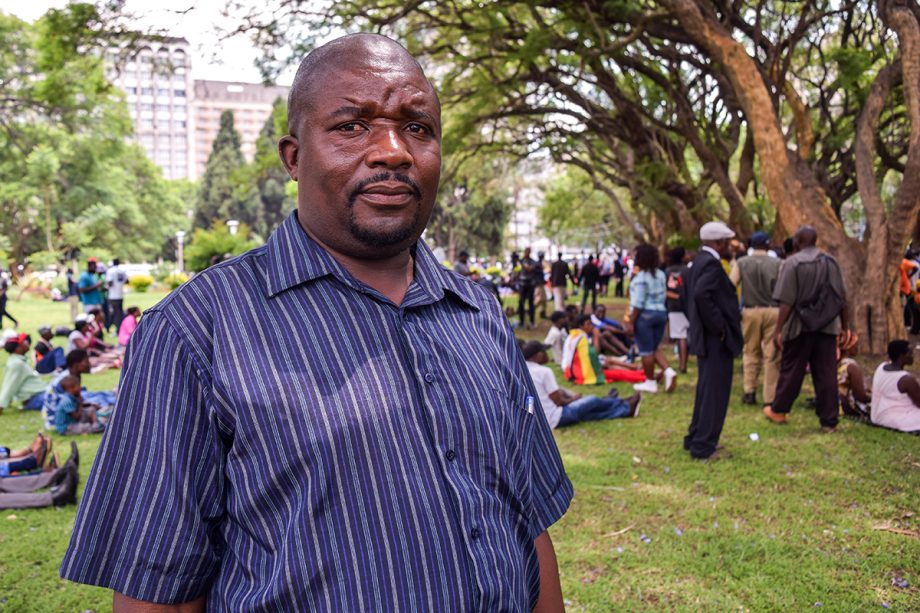 Beridge Takaendesa, 40, is the secretary for home affairs for the political party Movement for Democratic Change, representing the Glen View South Constituency. He says change has been a long time coming.

“l think we can get change. What l need is to have a free and fair election with immediate effect – that will be ok with me,” he says.

With all indications that elections will take place in 2018 as scheduled, many Zimbabweans expressed optimism about their future.

The top priority for the country now is rebuilding its near-failed economy, says Norest Chikukwa, 56, a war veteran. 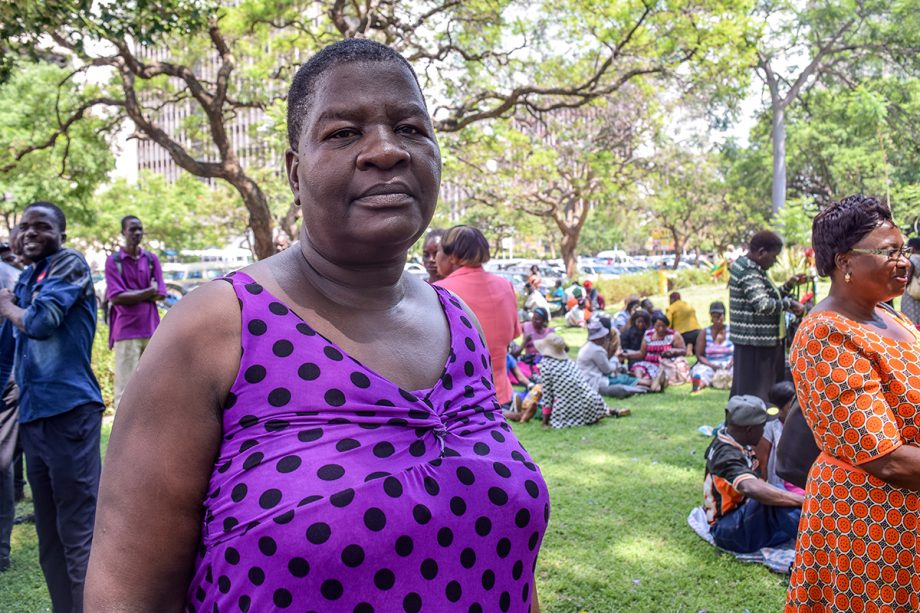 “I want to have access to money,” she says. “A country should have its own currency, and in Zimbabwe we are struggling to get cash and send our children to school.

“We want a new leader who improves the economy, and we will support him.” 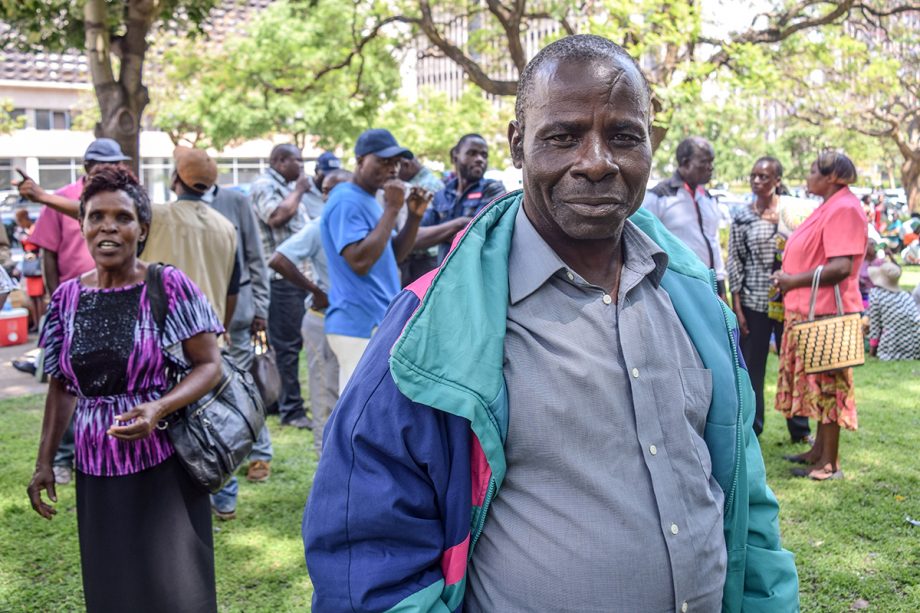 “We want our children to have jobs,” he says. “l don’t want to use my pension to take care of my grown children. Industries should be opened and prices regulated. This country is for everyone. It’s not a private company like what [has been] happening.”

While many expressed a desire to see Mugabe tried for alleged crimes while in office, others had messages of compassion for him, one of the world’s oldest leaders. 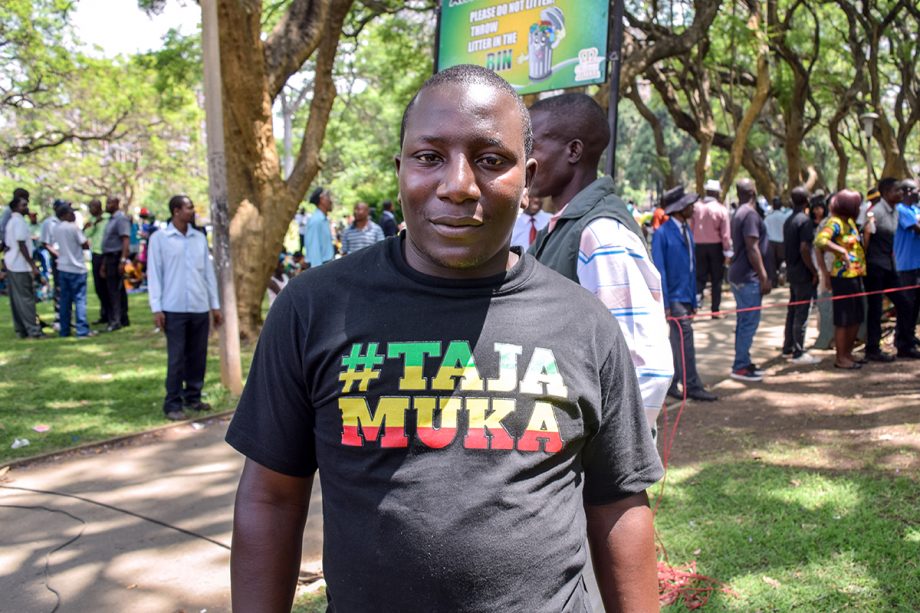 “What l think is that the whole ZANU-PF must go. We need new faces. We are fighting the system, not the person, Robert Mugabe,” says Gift Ben, 28.

Ben is wearing a shirt that says “Tajamuka,” a rallying cry in Shona to express strong disagreement and outrage at the state of Zimbabwe’s economy. The movement gained prominence on social media during political protests last year.

“[He] became like Pharaoh in the bible, so Robert Mugabe must go. We are here because of the good things he has done way back. l do not wish anything bad to happen to him,” Ben says. “l wish him well. He is too old and should not suffer – we just need a safe exit for him. l just feel that all those parties, the opposition and the ruling party, should forgive him for what he has done.” 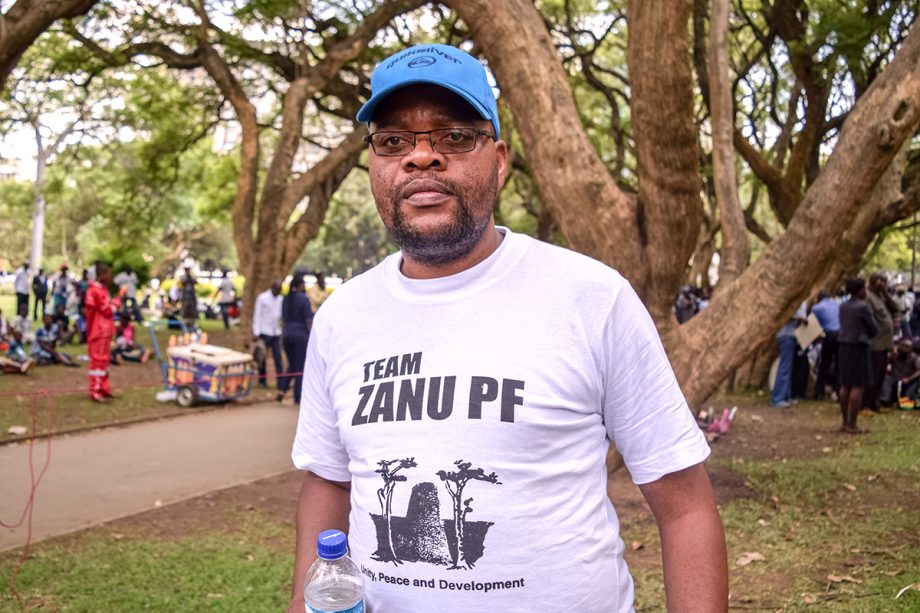 Even wearing a Team ZANU-PF t-shirt, Lameck Tarupuwa, a provincial member of the political party, says the time for change has come.

“We have been under the leadership of the old man for a long time and a lot of things have not been moving at the pace that our generation is expecting,” Tarupuwa says.

ZANU-PF publically fired Mugabe on Sunday, in a surprise move that helped hasten his resignation.

“We believe that there should be change in leadership, especially at the top. Once we have got someone who shares the same views and aspirations as the majority of the Zimbabweans, then this economy will move going forward,” he says.

I want him to go and rest because we are now looking for a life beyond his rule.Joseph Mutetwa, 24

While he, like many here, says he looks forward to the future, Tarupuwa says he will fondly remember Mugabe, who played an important role in the country’s history.

“We are saying to president Mugabe, ‘You have played your part, you did very well in the land reform, providing health for the people and we have public clinics, education system,’” he says.  “So we say to you, ‘Bob, thank you for the 37 years. Please go and enjoy your pension.’”

Even with some uncertainty about the immediate future of politics here, many citizens expressed great pride at the peaceful nature of the transition of power. 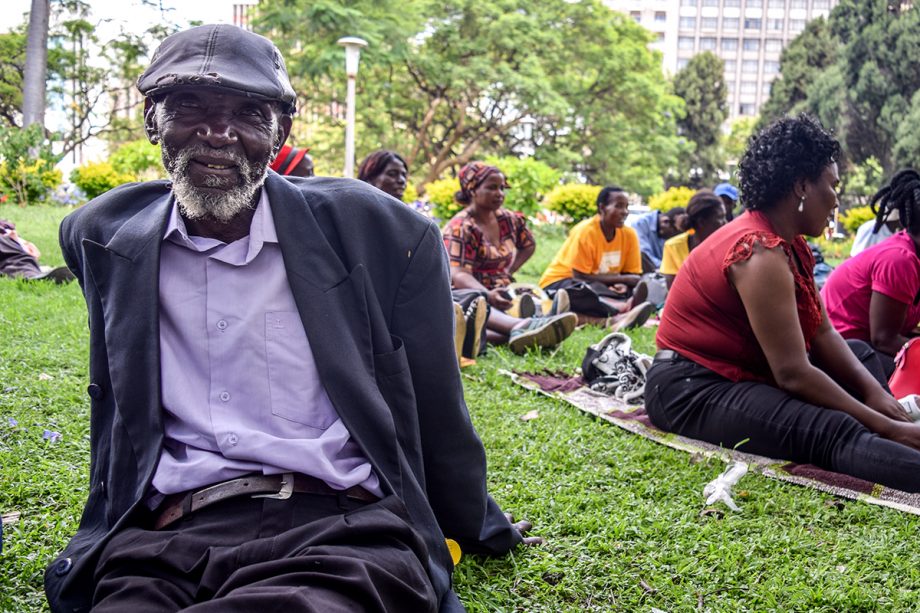 “I would like to live in a peaceful country,” he says.

When asked if Marumisa had a departing message for Mugabe, his answer was simple.